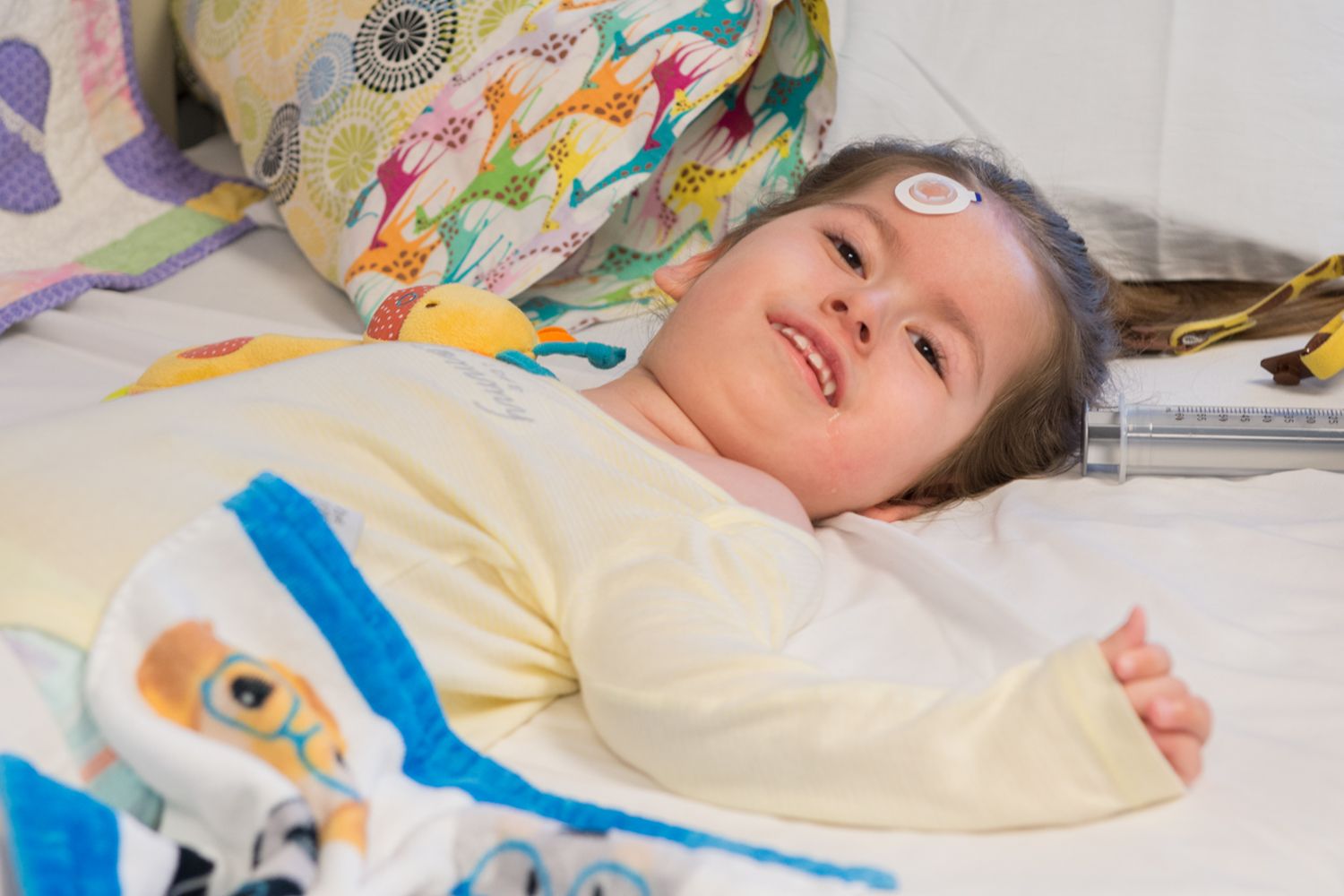 All babies born in Minnesota are now being screened for spinal muscular atrophy (SMA) unless their parents opt out of the newborn screening, the Minnesota Department of Health recently announced. SMA is the leading genetic cause of early childhood death in the United States.

"Adding SMA to the state's newborn screening panel is an important move that will help save families from the heartbreak of losing a child or losing precious time when treating their child that could result in better outcomes," Minnesota Health Commissioner, Jan Malcom, says. "This addition is the result of hard work by many people," Malcom adds.

One of the nation's leaders in pushing to develop a screening and helping SMA families is Gillette pediatric neurologist and neuromuscular clinic director Randal Richardson, MD. He and his team are part of the cutting-edge research into Spinraza ™, also called nusinersen, a drug to treat SMA.

Richardson says the development of Spinraza helped to spark the Minnesota Department of Health to begin screening for SMA because the treatment is encouraging for patients.

“I don’t think this is a cure for SMA, but I’m upfront with parents and tell them the interim clinical trials show stabilization and some evidence for improvement for kids with SMA. It offers hope,” Richardson says.

Richardson is working with the Hendrickson family to help 3-year-old Annika receive Spinraza. Her mother says as a result of the drug, it’s been a year full of more smiles, attempts at singing and increased movement for Annika.

These developments, which might seem small, are heralded as big achievements by Annika’s mom and grandmother. They’re eager to share what they see as big improvements for Annika since she started taking Spinraza.

Annika began participating in the EMBRACE clinical trial to research the drug at Gillette Children’s in March 2016. Since her initial “loading dose” she’s had eight doses of Spinraza, which is given via a lumbar puncture also known as a spinal tap. She’ll continue to get three doses a year of Spinraza for the foreseeable future.

Every few months the Hendricksens travel from their home in Green Bay, Wisconsin to see Richardson and his team. 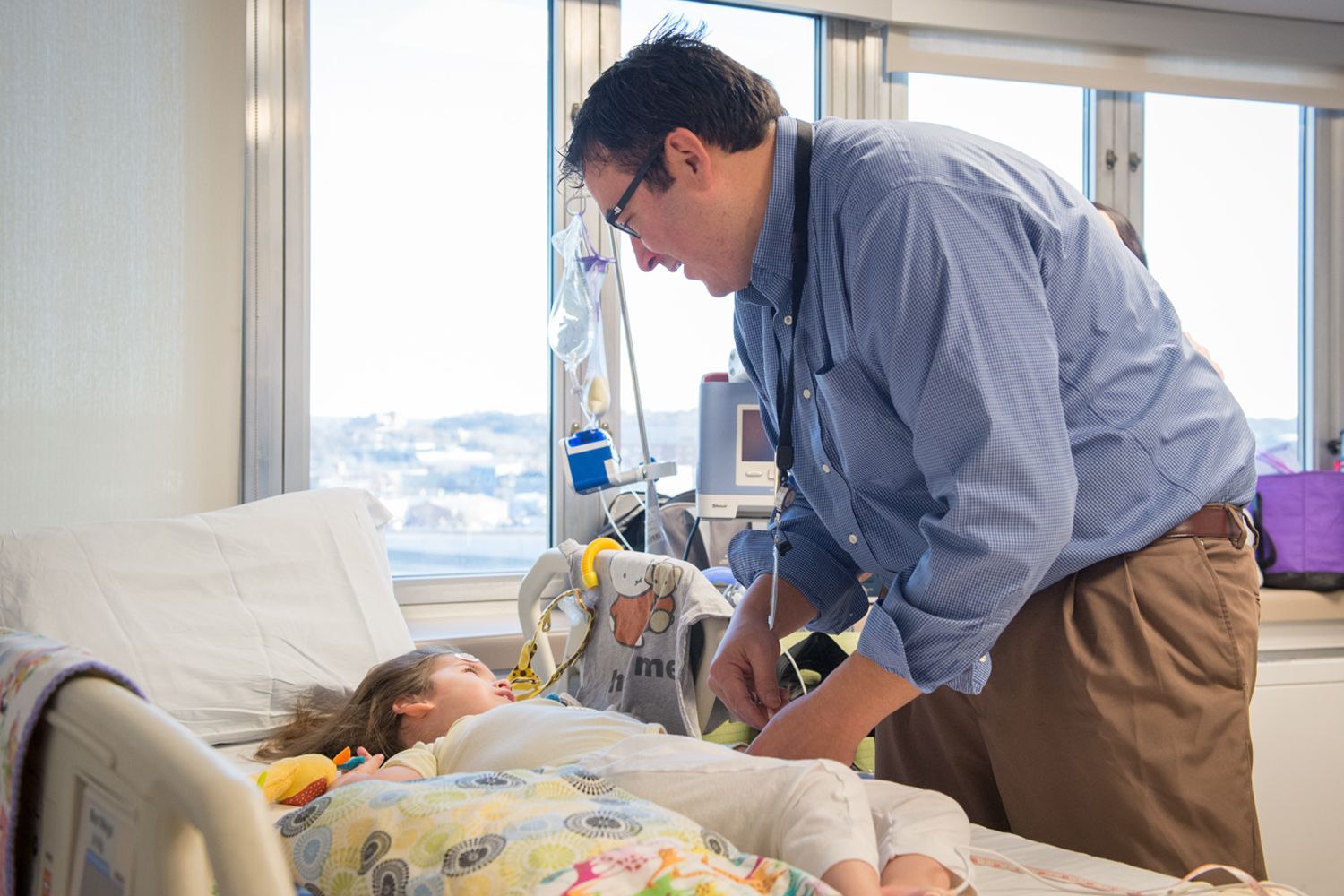 Biomedical company Biogen approached Richardson and Gillette in 2015 to participate in the clinical trial for Spinraza. The data from Gillette and several other hospitals in the U.S., Canada, France, Germany, Spain and Japan proved so promising that the FDA put the drug on a fast-track and approved Spinraza on December 23, 2016.

Parents of children who have SMA say Spinraza is the first real hope to treat the muscular disease that affects the motor nerve cells in the spinal cord and gradually takes away a child’s physical strength.

Annika has spinal muscular atrophy type 1 (or SMA 1), the most severe form of the disease. Before Annika began receiving Spinraza her mother, Anna, and grandmother, Deisy, could see her slipping away.

“One day I looked at my granddaughter and she lost the ability to even smile. To me, it seemed like she was melting away before our eyes,” Deisy says.

Because of his work with the clinical trial of Spinraza, Richardson is not permitted to freely share his observations of patients taking the drug. But Annika’s mother and grandmother eagerly state their opinions.

They marvel at the changes in Annika’s life due to the Spinraza. “I’m taking Annika on family adventures like my parents did when I was little,” her mom Anna gushes. “This is something I was not sure would be possible when she was first diagnosed with SMA 1.”

“We took her to Disney World in Orlando, Florida to attend a meeting of Cure SMA families,” Anna says.  “She met Mickey Mouse, Snow White and Cinderella. We even rode some rides.”

This past summer Annika took her first ferry ride during a family vacation to Washington Island, Wisconsin to see the Lavender field farms. “To get Annika out on the water and seeing her big smile is something I’ll never forget,” Anna says. “I believe all of these adventures with Annika are possible thanks to her improving condition since taking Spinraza.”

The Cost of Hope 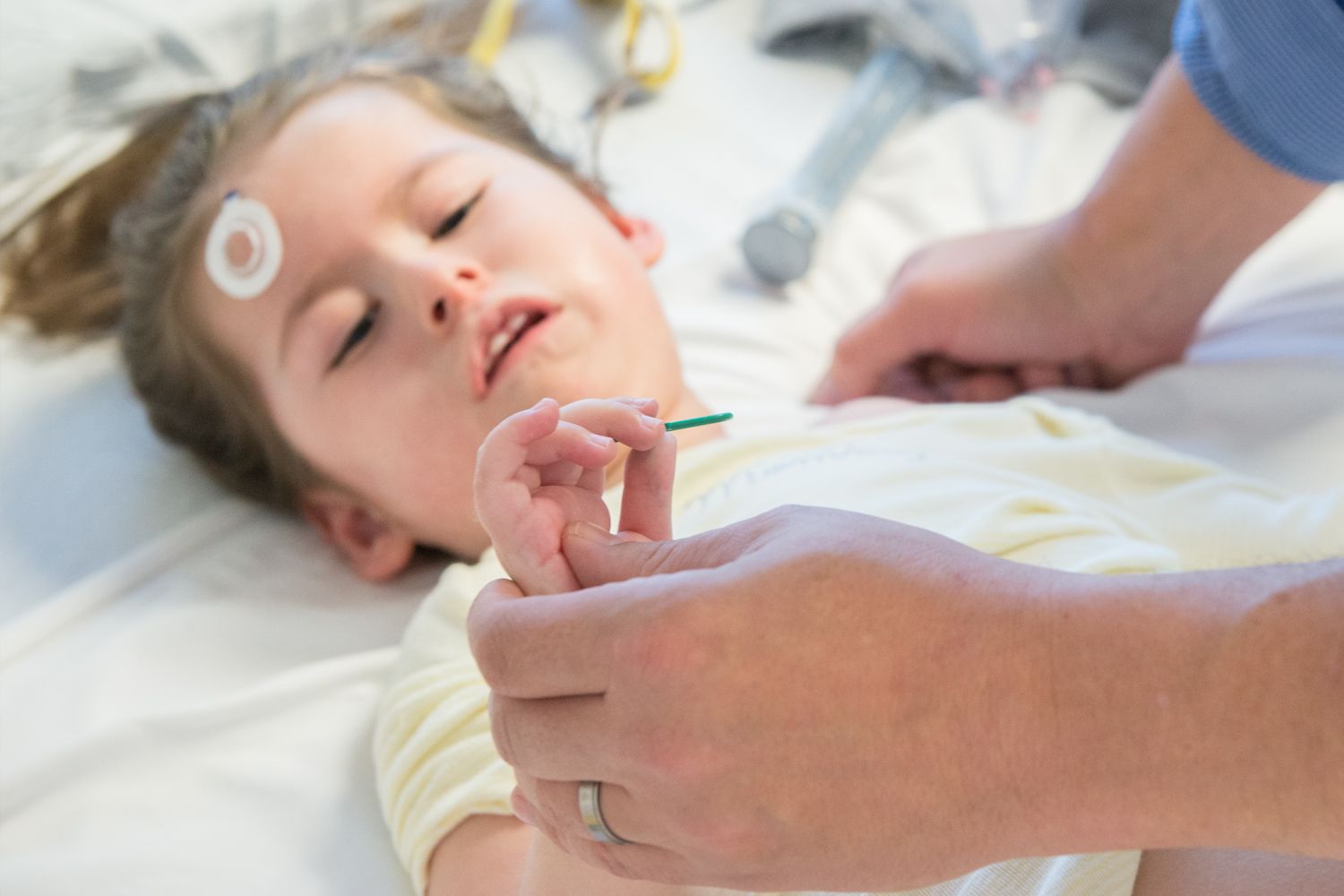 The Hendricksens join other parents of children who have SMA in being grateful for their child’s progress and being concerned about the high cost of the drug. Spinraza is an expensive drug. The manufacturer, Biogen, sets the price for Spinraza and it has a cost of about $750,000 to cover the six doses required in the first year and about $375,000 annually to cover three doses per year.

Gillette has no involvement in, or influence over, the price Biogen set for Spinraza and is working hard to help families navigate the insurance issues involved with getting coverage for the drug. Gillette pediatric neurologist, Randal Richardson, MD, and his team are helping families get prior authorization from insurance companies so their children can enroll in the program. 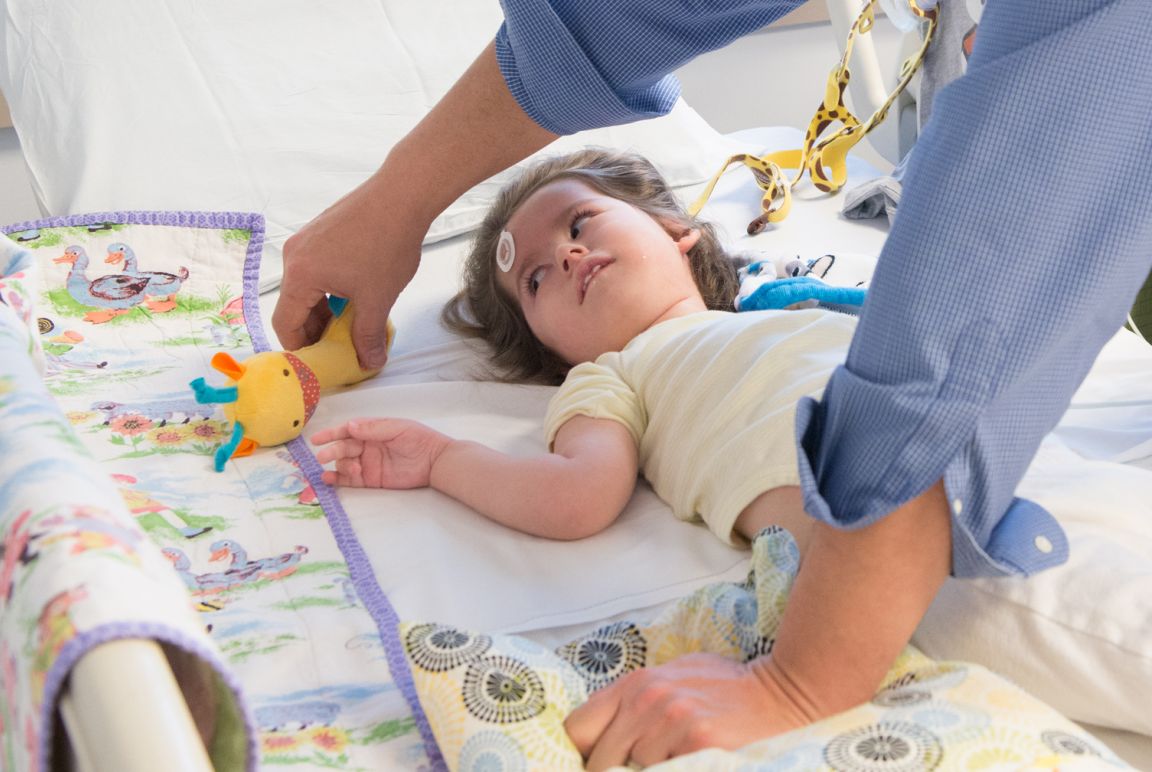 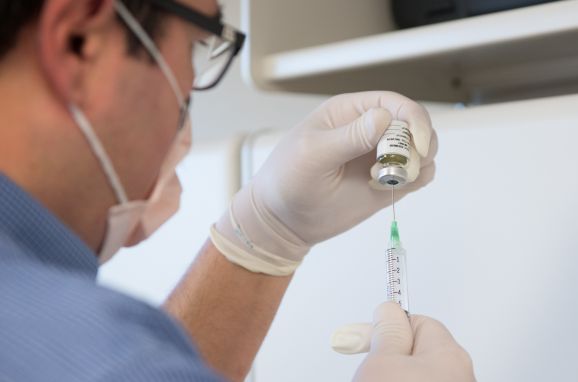 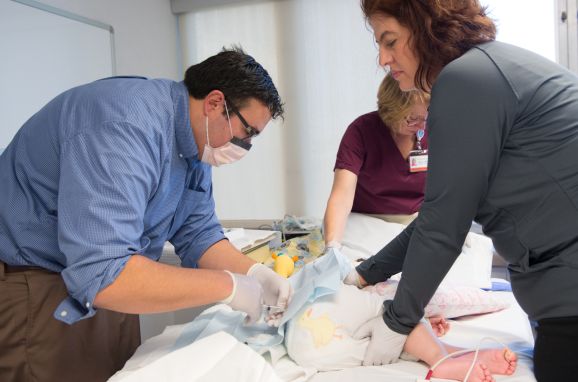 Anna Hendricksen agrees with Richardson and says, “We’re really hopeful for Annika’s future. We’re so grateful to Gillette, Dr. Richardson and his team. They’ve all worked to help our family and to make sure Annika can be her best.”

More information about newborn screening is available on the Minnesota Department of Health website. 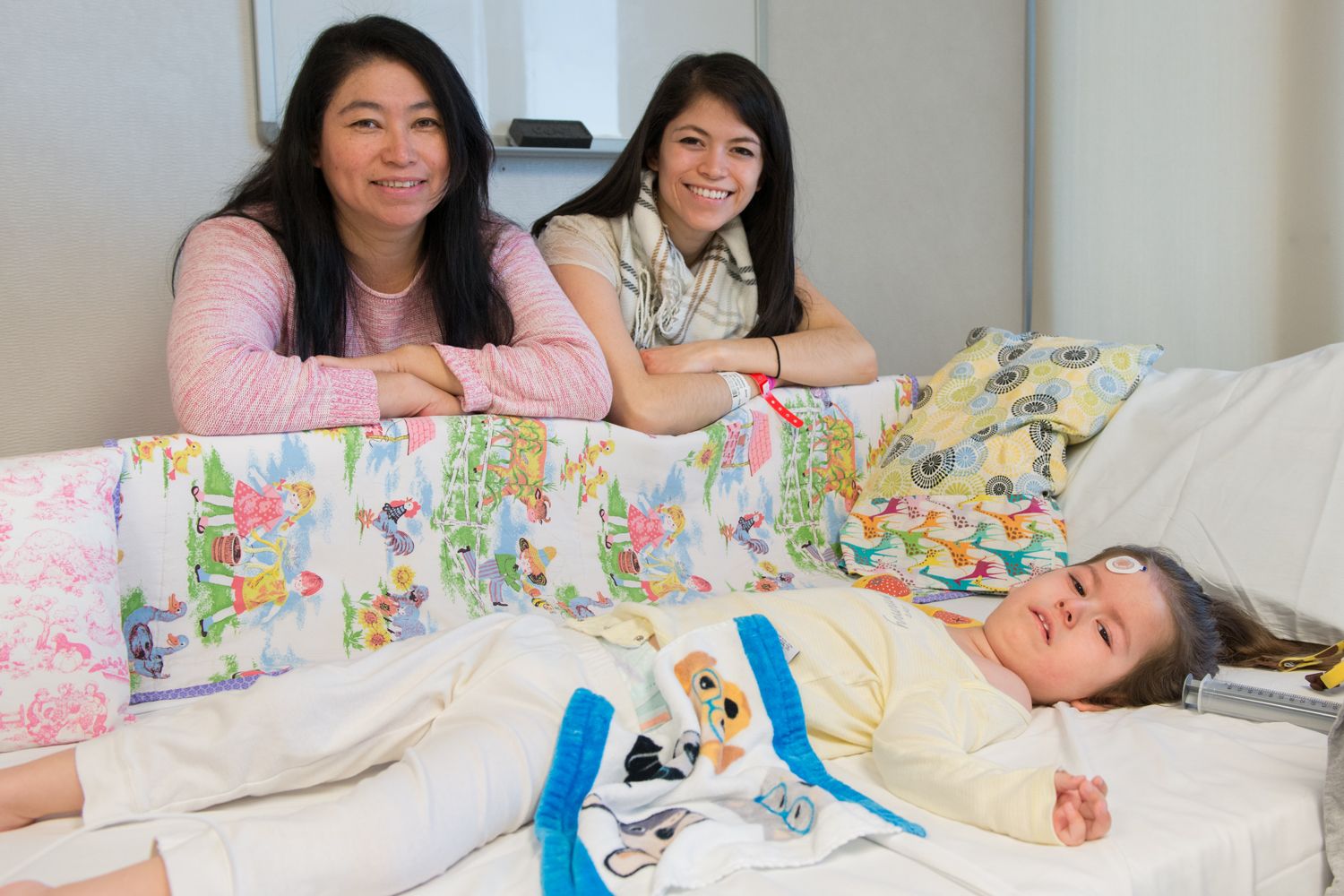