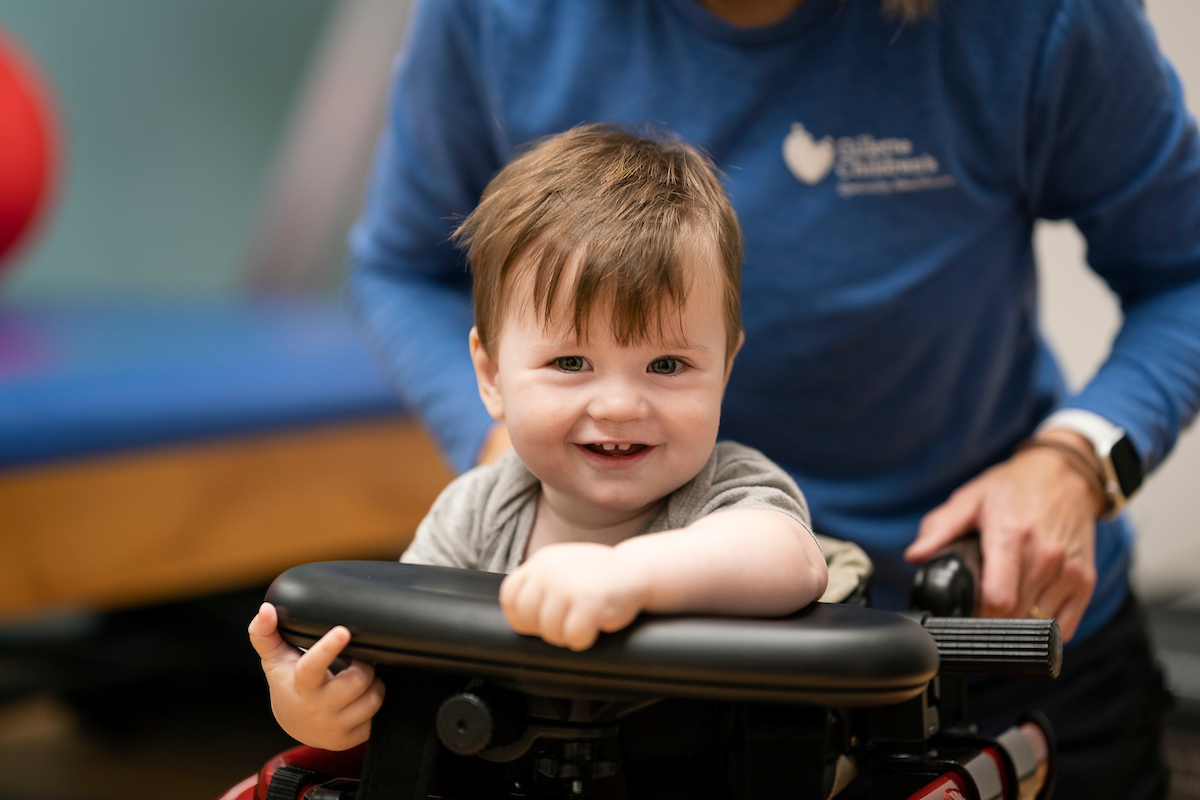 Richard Irvin II was born in early August of 2020. Richard, affectionately known as “Richie” by his family, was a healthy, happy baby with an adorable smile.

Throughout his early infancy, other than having a left hand that always found its way into a fist, nothing seemed to be out of the ordinary.

But five-and-a-half months into his life, Richie still had a lingering case of torticollis. Torticollis is a common diagnosis for many newborns, but Richie’s condition was unusually persistent and being monitored by his primary care physician and chiropractor.

There was no cause for alarm until he began having a series of seizures. Things went quickly from there. Richie was taken to the nearest emergency room.

What Having a Seizure Means?

Having a seizure is much more common than many people think and noticing seizures when they’re happening is not always as obvious as most would expect.

We’ve come to associate having a seizure with violent muscle contractions and a loss of consciousness. These symptoms are consistent with tonic-clonic seizures (previously referred to as grand mal seizures), but the reality is that there are many other types of seizures that are much more subtle and easier to miss.

The symptoms can also be difficult to identify in newborns and infants, even for experienced medical professionals.

“After being seen in the ER for some time, they ultimately decided to send us home. Richie’s seizure was diagnosed as a brief, unexplained event,” Richie’s mother, Trisha says. “But as the day went on, Richie continued having seizures well into the evening, throughout the night and the following morning. We were terrified. Richie’s chiropractor had mentioned Gillette Children’s at one of his appointments, so we called Gillette that morning to see if we could schedule a consult. After describing his symptoms and what had happened they were able to get us in that afternoon.”

Following Richie's VEEG, while Namita Garg, MD was in the process of taking the family's medical history, Trisha noticed Richie began having another seizure.

“Dr. Garg saw it right away,” Trisha says. “She checked us in to the hospital from there. What followed that weekend was a whirlwind we’ll never forget.”

Epilepsy is Always a Complicated Conversation 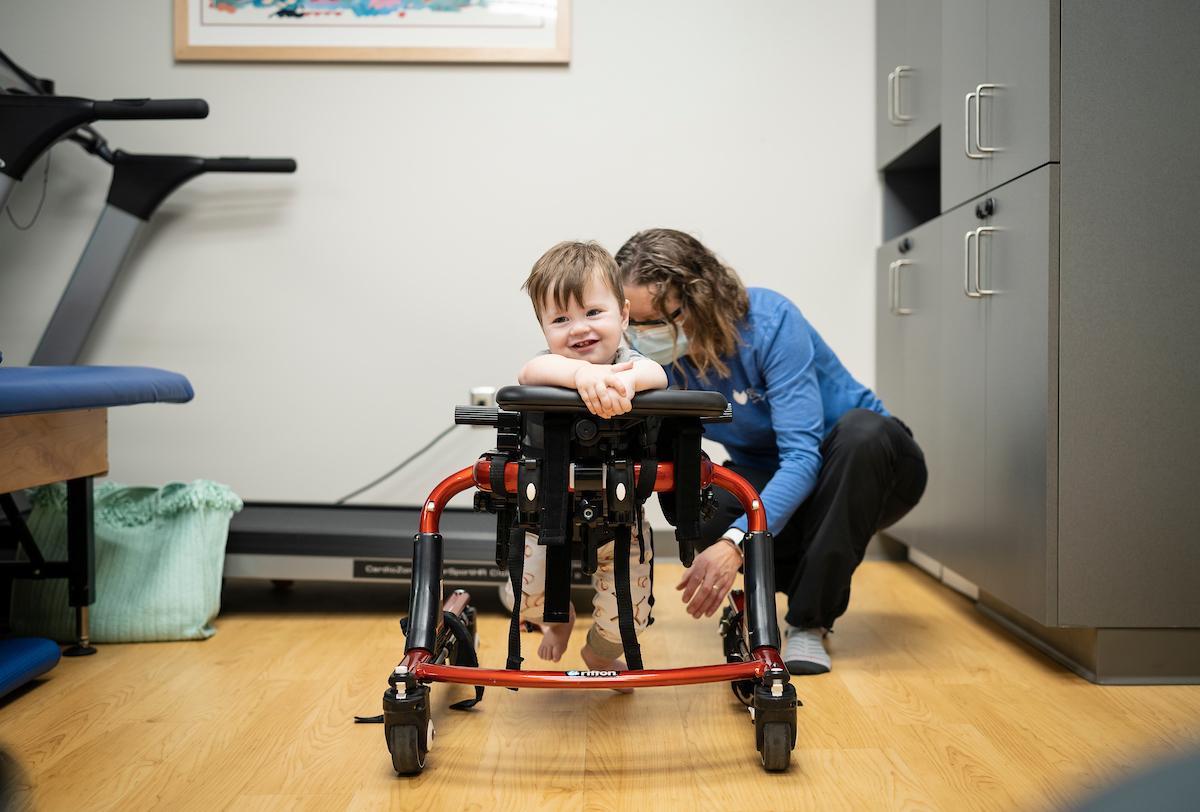 Richie had an MRI and CT scan during that first weekend at Gillette. These tests shed light on an unwelcome fact: Richie had suffered a stroke at some point during his early development. He had epilepsy and would likely contend with other medical complications like cerebral palsy in the future.

“When working with our families at Gillette, there are times that you’re in the position of delivering news that no parent should ever need to hear,” says Timothy Feyma, MD, the head of Gillette’s Neurology team and the physician who gave Richie’s family their diagnosis. “That first conversation is always difficult. Your primary goal is to deal with the immediate concerns of the situation at hand and help the family chart a way out of it, while also spending the time with them to provide the necessary education they need to make informed decisions about what comes next.”

The Irvins say that the time and sensitivity with which Dr. Feyma and the entire team at Gillette spent with them over the course of the next several days went a long way in making them feel supported as they began Richie's treatment process.

“We were in complete shock when we heard that Richie had a stroke previously,” Trisha says. “We had just met Dr. Feyma and he walked us through that discussion patiently and with grace. There are so many things you forget in moments like that, but what I’ll never forget are some of the kind things he said during our interchanges that profoundly impacted us. One thing in particular I will never forget is when Dr. Feyma said, 'Richie is not broken.' That’s really when our journey with Gillette began.”

For the Irvins, beginning the journey meant rapidly starting a course of treatment for Richie’s seizures. This meant treating Richie with Keppra, an anticonvulsant and common medication used in suppressing seizures.

“Richie’s seizures were similar to how they were before, but they seemed more intense,” Trisha says. “When you’d hold him you could feel his whole body go rigid for a moment and then give way. This would happen numerous times in a row and was very hard to watch.”

Infantile spasms (IS) is the most severe form of pediatric epilepsy. The symptoms of the condition are life-threatening and early treatment is incredibly important in preventing developmental delays.

To address Richie’s IS, Feyma and the team at Gillette treated Richie with adrenocorticotropic hormone (ACTH), a steroid therapy, and his progress was consistently monitored throughout the process.

Coming Out of the Fog 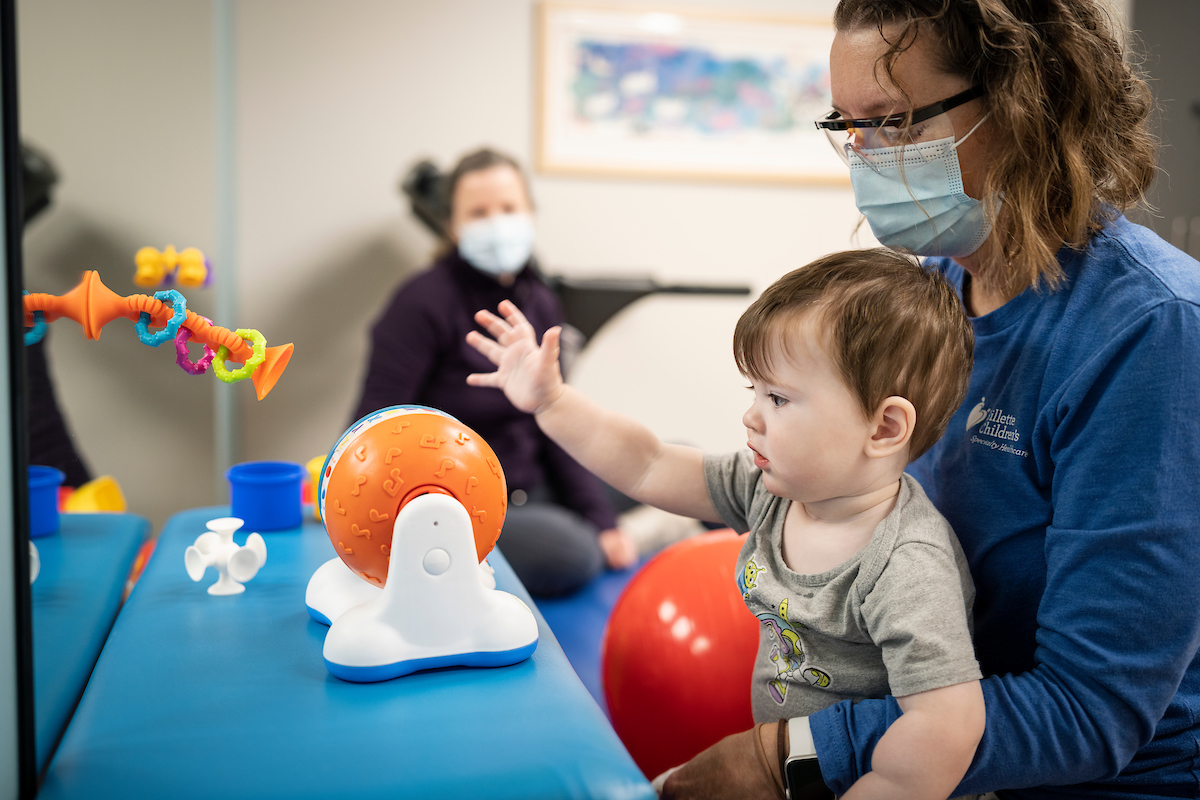 Richie is now 15 months old. When you meet him, he seems a bit older than that. It's possible that's just who he is, but the medical marathon he’s had to run before he could even walk has likely played a role.

Now out of the worst of infantile spasms, Richie’s also been weaned off of all of his epilepsy medications save for Keppra. He’s still seizure-free, and his parents say that in addition to coming back to being the child he was prior to his diagnosis, he’s also gaining new skills.

“Richie continues to make strides in his therapy appointments at Gillette, but there’s a level of engagement you see now from him that we hadn’t seen for some time, and each bit of progress has given us hope for what comes next,” Trisha says.

“We’re tremendously thankful to the team at Gillette for helping us along in our journey. When you’re at Gillette it becomes clear that you’re working with a group of people who are all communicating with one another and on the same page. Dr. Feyma played a large role in our care, but when we met with other doctors, along with Gillette’s wonderful nurses and therapists, there was no drop-off in the level of care we received. Even if they didn’t know us personally, we felt known and understood. Anyone who has spent as much time in doctor’s offices or waiting rooms as we have knows how frustrating it can be to start from square one when discussing your child’s medical condition. When you’re at Gillette, you never need to do that. I can’t even begin to tell you how much that means.” 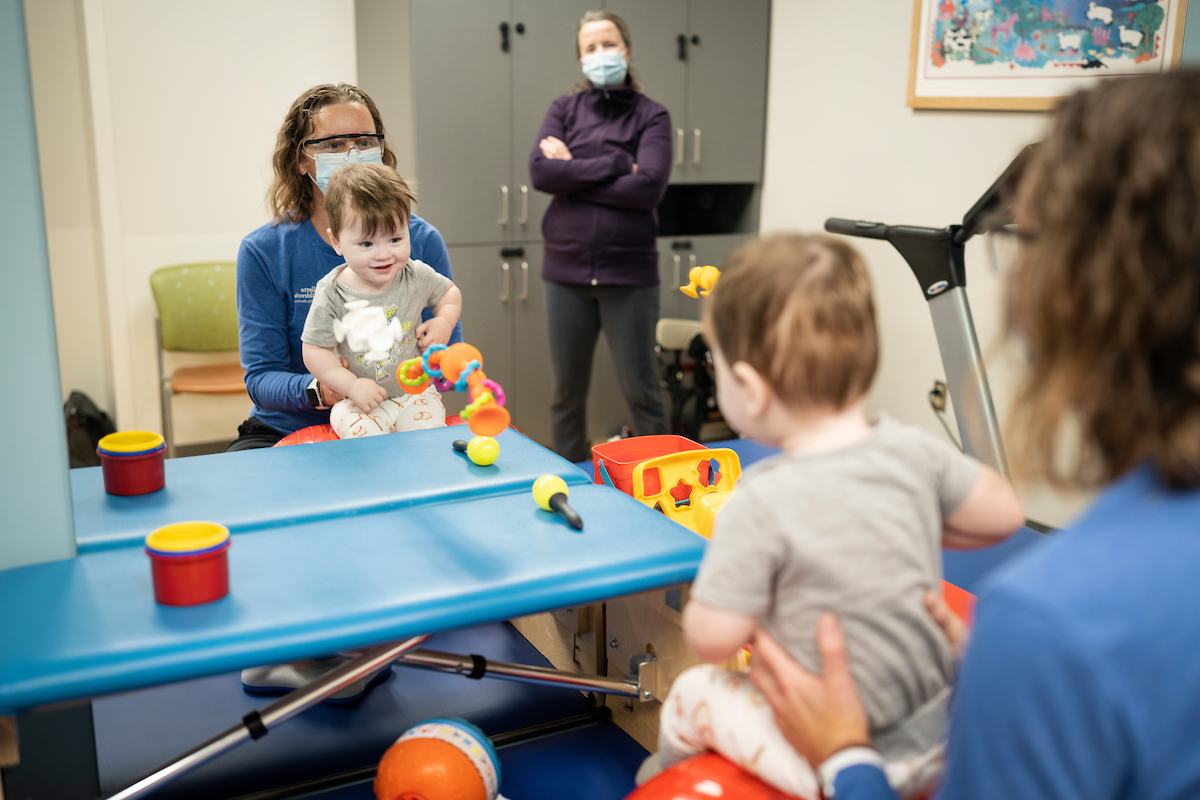 Richie, at a physical therapy appointment in November, 2021

A diagnosis of epilepsy can be a confusing time for a family and child. November…

A diagnosis of epilepsy can be a confusing time for a family and child. November is Epilepsy Awareness Month and Gillette Children's wants to remind families we're a source for expert diagnosis, treatment and support of people who have epilepsy.

Wes Jackson is a thoughtful, kind and inquisitive kid. He also has cerebral palsy, but he won't let that (or anything else for that matter) get in his way. Get to know Wes and his family, you'll be glad you did.