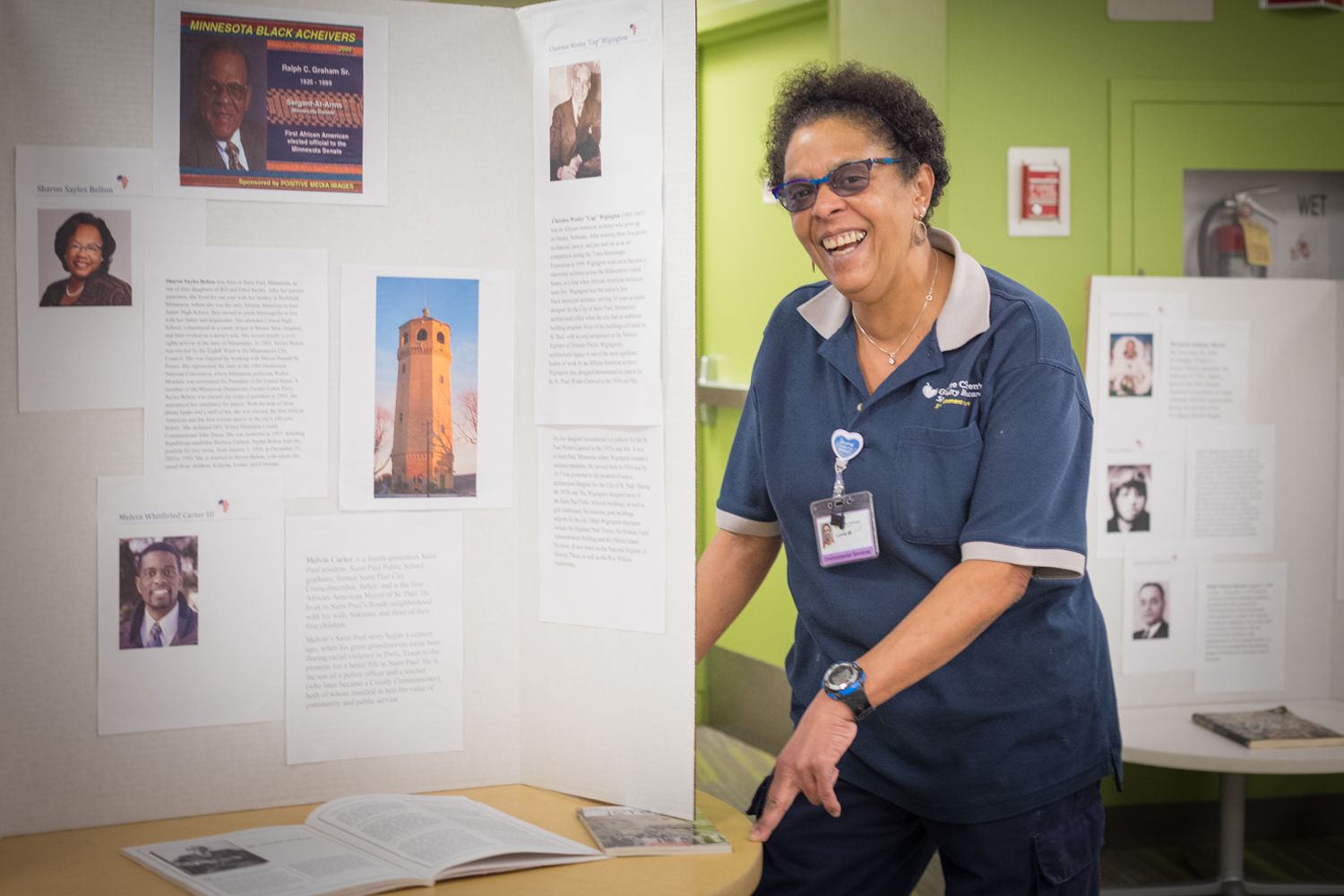 What do the inventor of the traffic light, the creator of blood banks and the founder of the first non-segregated hospital in the United States have in common? The answer: All these important contributions were made by African-Americans.

If environmental services specialist, Lynne Washington, had her way all of these contributions would be better known and celebrated beyond Black History Month.

Washington has worked at Gillette Children's for more than five years and is making it her mission to bring attention to the contributions and stories African-Americans have made to our society.

“Especially in the medical field,” Washington says. “I’m proud to work at Gillette and I want others to be proud of the people who came before us and improved health care and lives.”

Washington and her co-worker, Janet Horton, helped to organize a recent Black History Month potluck and gathering for Gillette employees. "Janet really focused on the food," Washington says. Horton used her grandmother's iron skillet to prepare some of the foods she shared at the potluck. 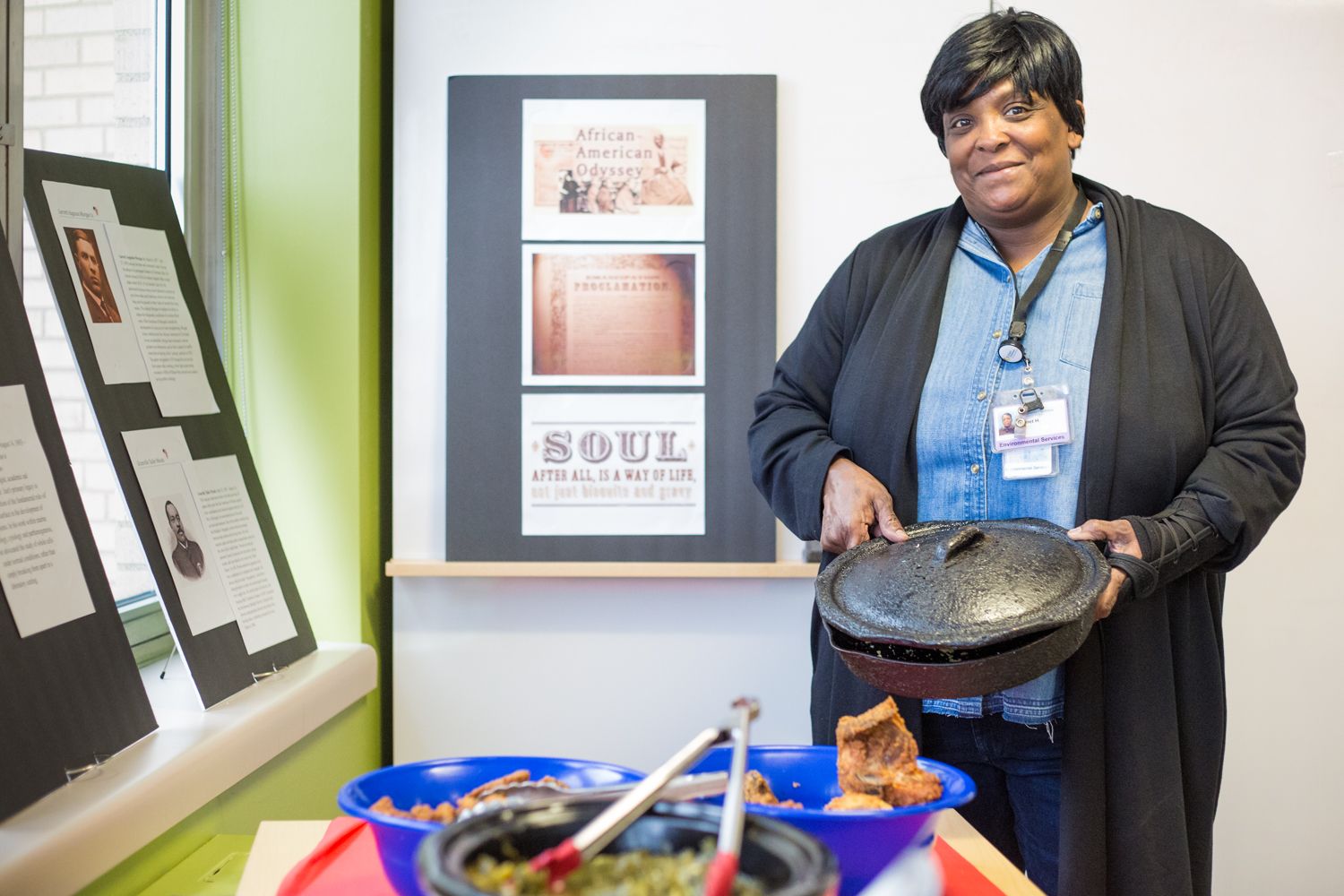 "I'm in charge of the history portion and displays," Washington adds. "I've been interested in black history all my life and things really came into focus when I helped my grandkids work on Black History Month projects for school."

Washington enjoys sharing the story of Dr. Daniel Hale Williams. “He opened Provident Hospital in Chicago and it was the first medical facility to have an interracial staff. He was also one of the first doctors to perform open-heart surgery in the United States. “

“Charles Richard Drew researched blood transfusions and helped to develop large-scale blood banks during World War II,” Washington says. “Garrett Morgan invented the traffic light and the gas mask. Once people are reminded about these contributions they understand the importance of recognizing African-Americans and appreciating their work.” 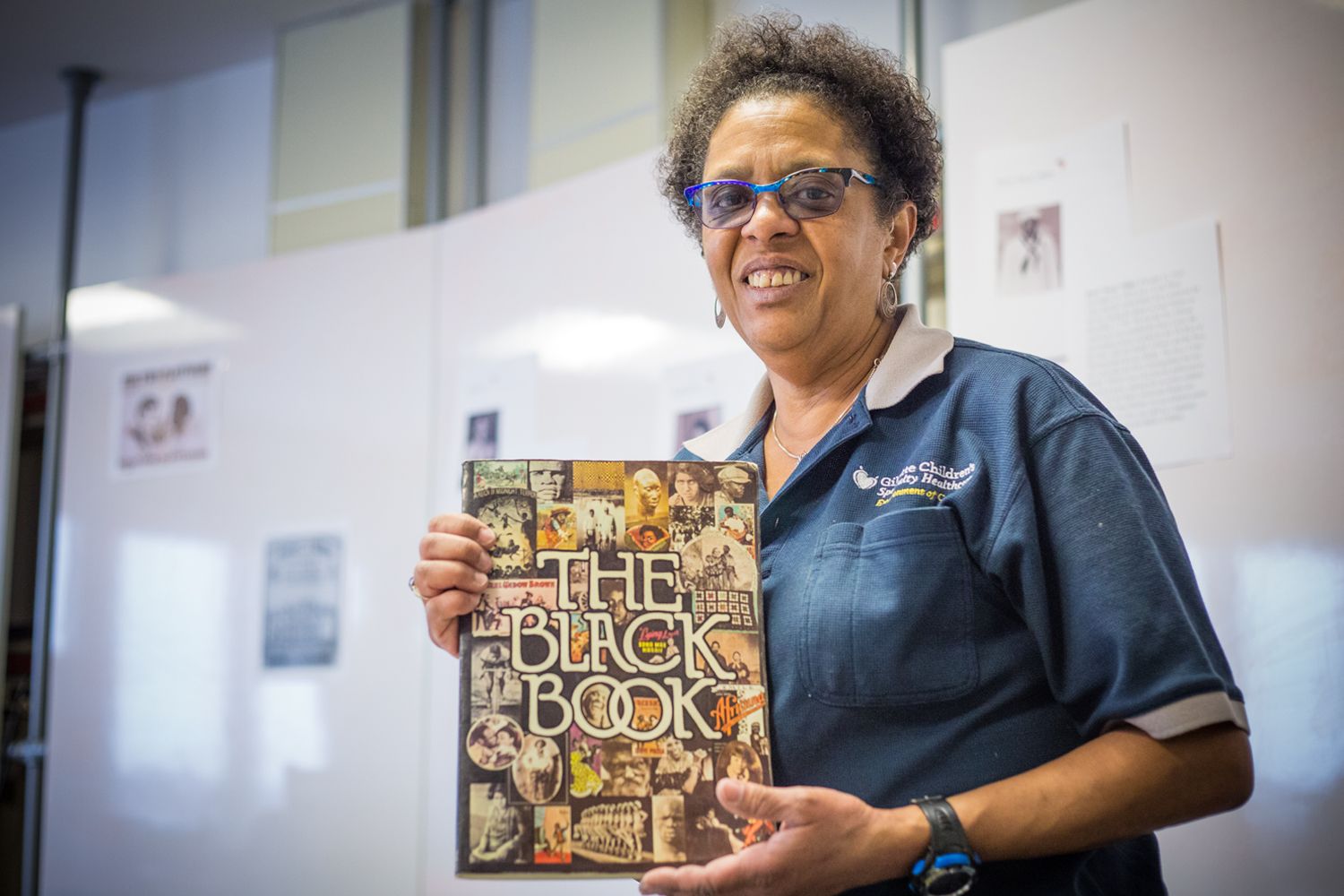 She proudly shows off her copy of "The Black Book" which outlines the history and contributions African-Americans have made dating back to slavery and the Harlem Renaissance. "It's fun to look at this book and see the wide variety of contributions people have made. We all know about Dr. Martin Luther King, Jr. and Rosa Parks. They're wonderful role models. I also want people to realize other African-Americans have helped to make America what it is today."

As an example, Washington shares the story of Madam C.J. Walker. "People think Oprah Winfrey was the first female African-American millionaire but they're wrong! Madam C.J. Walker was one of the first black female entrepreneurs and made her fortune inventing hair care products and beauty creams," Washington marvels.

"I love the fact that we're gathering here at Gillette and sharing these stories," Washington says. "I hope it inspires people from all backgrounds to be proud of their heritage and share the contributions their ancestors made." 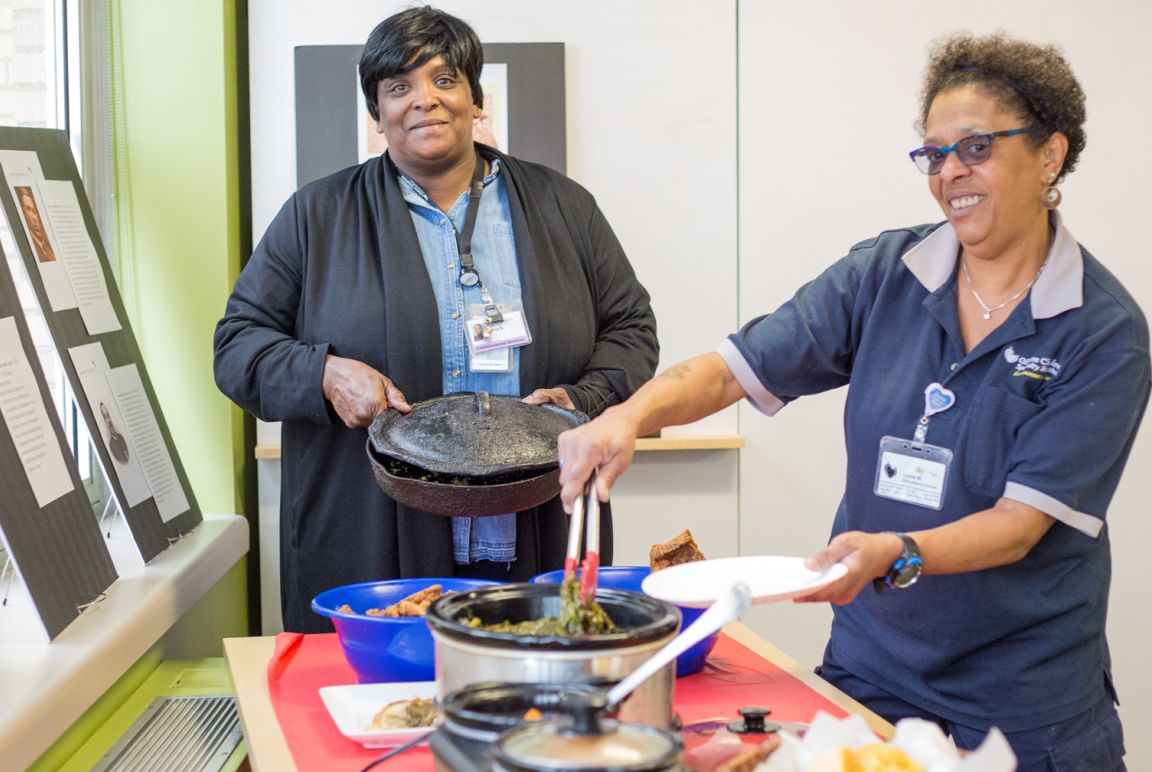 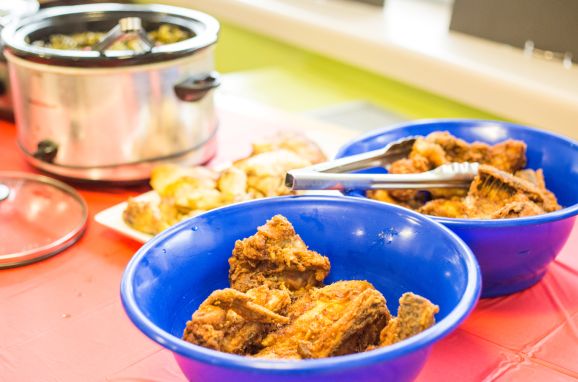 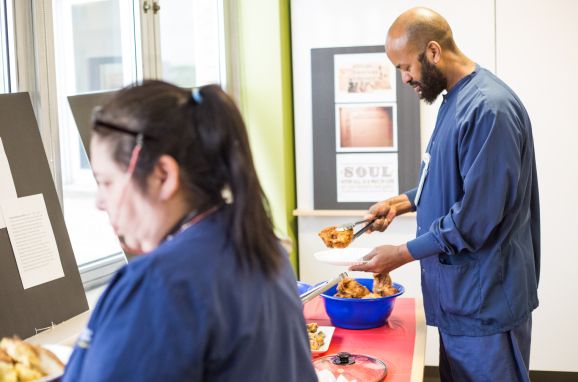 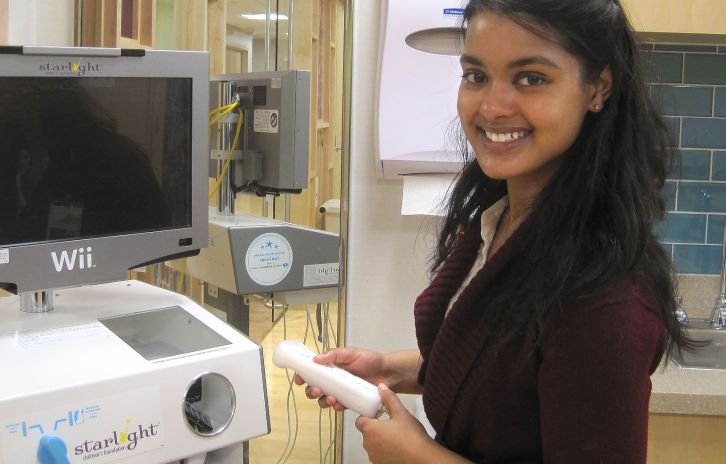 Nick Lohmer, a Gillette nursing assistant, always knew he wanted to enter some type of…