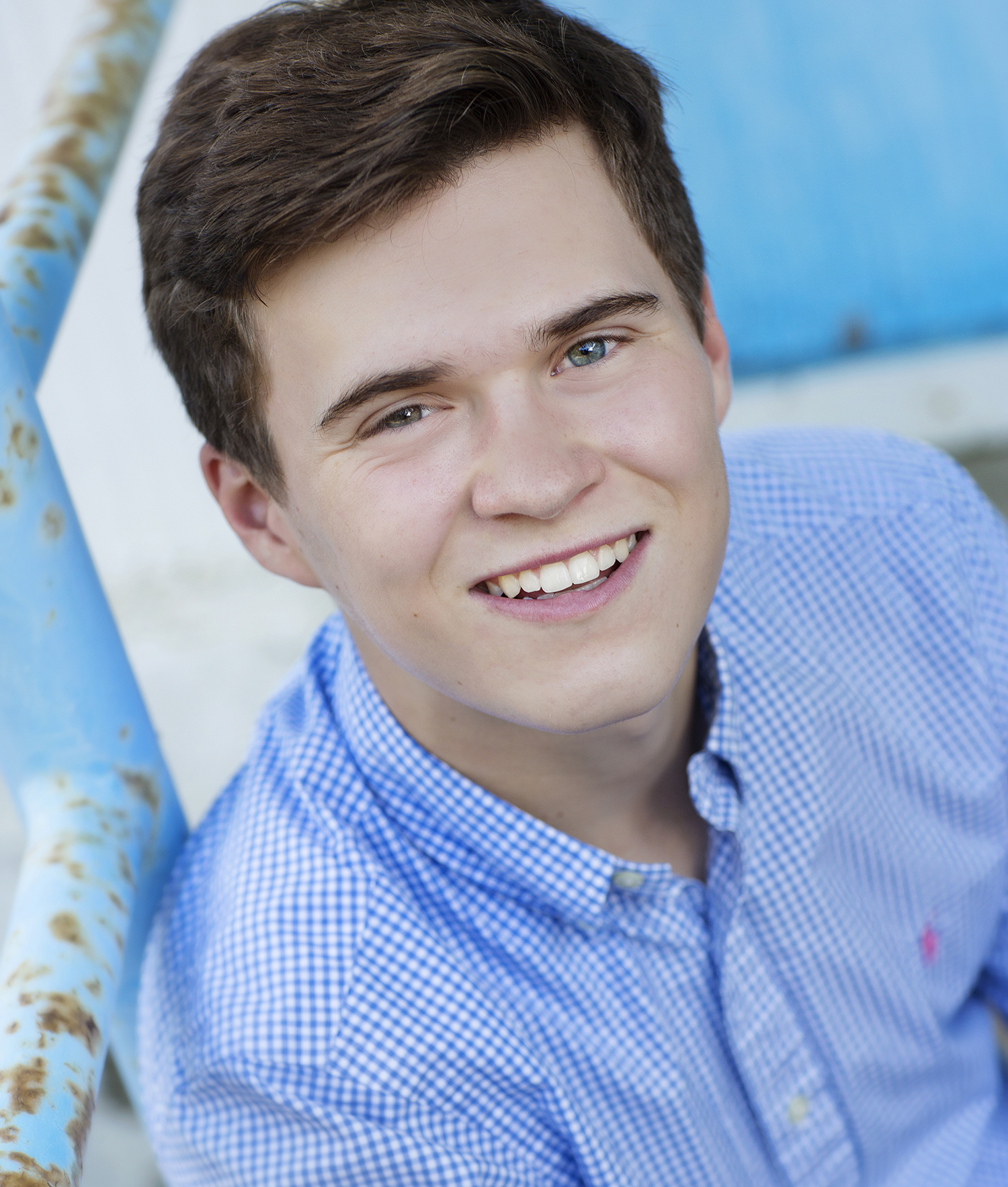 Even a decade after the fact, George Jamison clearly remembers the moment. He was with his older brother at summer camp, having the type of fun that only 8 and 10-year-olds can. Then everything went black. When he awoke, a lot had changed.

A generalized tonic-clonic seizure, especially your first, can be terrifying for everyone involved. As George can tell you, the weirdest part is that you miss all of it, and you really only see the aftermath.

George: I was standing in line for lunch with my brother when it happened, and the next thing I remember is being strapped to a gurney, and Jack’s face running alongside me when they rushed me to the ambulance. At the time I thought that we were participating in some kind of drill that I hadn’t heard about.

Barbara Klas (George’s mother): I remember when we got the call from the camp. As a parent, nothing prepares you for getting that call. We were fortunate because one of the instructors had a father who had epilepsy, and so she responded right away. His brother Jack rode with him in the ambulance and his dad and I got to the hospital as fast as we could.

George: Jack was with me the whole time and overall, I wasn’t really that scared. The paramedics had told me that I had experienced a seizure. The only reason I even knew what that meant was because I had seen a character fake one on a TV show once. I didn’t really know what to think. But when my parents got to the hospital and I saw the worry on their faces, that’s when I thought: “Maybe having a seizure is a pretty big deal.”

While having a seizure is certainly something to be concerned about, it is more common than you would think.

Having one seizure does not signify epilepsy. One in ten people will have a seizure during their lifetime, but 1 in 26 individuals will develop epilepsy during the course of their lives. Each year, over 150,000 individuals are diagnosed with epilepsy in the United States alone.

After doctors evaluated George, they advised the best course of action would be to hold off on medication for the time being, and wait to see if another seizure occurred. George’s father had experienced a seizure when he was 21 and never had another. The hope was that George would have a similar outcome. For two weeks that seemed to be the case.

Barbara: It happened almost exactly two weeks later, while on a family vacation in Florida. That's when George had his second seizure. We immediately called our doctor back in Minnesota, and that’s when we were first put in touch with specialists at the Gillette Children’s First Seizure Clinic. 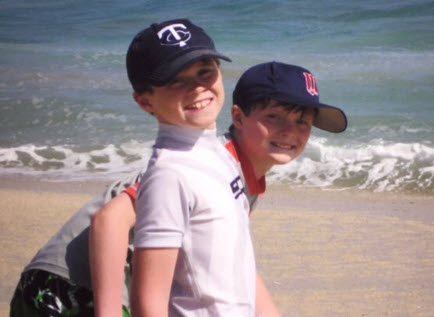 Denise Leighty (Pediatric Nurse Practitioner, Gillette Children's): Seeing your child have a seizure can be incredibly traumatic for parents, especially when they occur seemingly out-of-the-blue in otherwise healthy children. A diagnosis of epilepsy brings with it a fairly steep learning curve that must be addressed immediately. We do our best to ease this process for both parent and child by explaining what epilepsy actually is. There’s a perception and stigma associated with the condition that really isn’t accurate in light of the treatment options we have available today. We try to make it clear that this diagnosis doesn’t need to define you. Given the proper care and treatment, for most patients, their condition can be managed.

After an electroencephalogram (EEG) confirmed that George had abnormal electrical charges in his brain that were causing his seizures, George began taking medication that would suppress his seizures and give his brain time to heal. As George began adjusting to life with epilepsy, he soon discovered the education process about his condition needed to extend beyond his friends and family.

Barbara: We forget about it now, but we spent a lot of time talking about epilepsy back then, with everyone. The nice thing was that 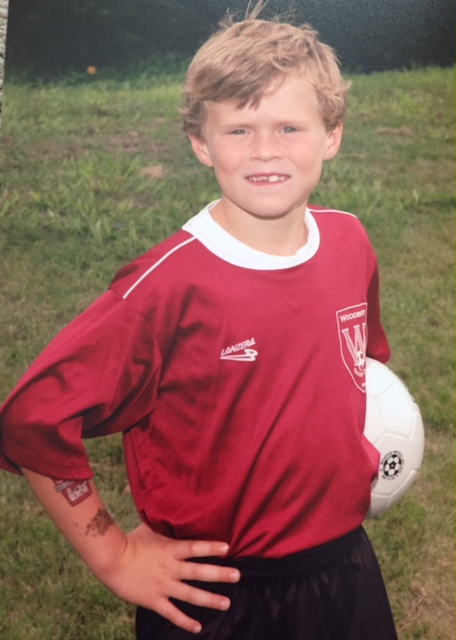 Denise and the other staff at Gillette empowered George from the very start when it came to talking about his condition.

George: I remember that my teacher had me sit down to talk with my third-grade class. It wasn’t anything over the top, but I just got a little time to talk about what epilepsy was, what seizures are and explain what to do if I ever had one. Everyone was really supportive and nice about it.

Barbara: I spoke with his teacher afterward and she said that when George got done talking about epilepsy, a bunch of the other kids in his class started sharing unique information about themselves. It wasn’t anything outlandish, one kid said that they had been born with only one kidney, and another had broken a toe the summer before. In their own way, they were trying to empathize with George. It was really touching.

On his prescribed seizure medication, George was seizure-free for two years. After a new EEG showed that the abnormal charges causing his seizures were no longer present, George, along with his providers and family made the decision to gradually wean him off of his medication. During this time it's possible for patients to experience what is known as a “breakthrough seizure.” After this process, George was seizure-free for five months.

George: I don’t know what it is, I’ve only had three seizures, but almost every one of them happened in an inconvenient, public place. When I had my breakthrough seizure I was sitting in the audience of my school’s talent show. My friend was performing “Viva La Vida” by Coldplay at the time.

I still feel kind of bad about that. He was really good.

Barbara: The breakthrough was obviously a setback, as we hoped to be out of the woods. That said, we knew it could be a possibility, and so we did what we had always done since George’s initial diagnosis. We came together with our care team at Gillette, discussed our goals and came up with a plan.

George: Even when I was 8, I felt as though my input was taken into consideration at Gillette. Denise was there from the very beginning. I really trusted her, and when I expressed that I wanted to live without the uncertainty of having additional seizures, we decided that I would go back on my medication for the time being.

Denise: When it comes to dealing with epilepsy, treatment is a process. Medications are adjusted as kids grow, and in the end it’s our goal to arrive at a treatment that everyone, our patients in particular, are comfortable with. I’ve been seeing George and his family for eight years, and it’s a privilege to know that you are helping someone navigate many of the transitions that life throws at all of us over time.

“Everyone has their stuff” 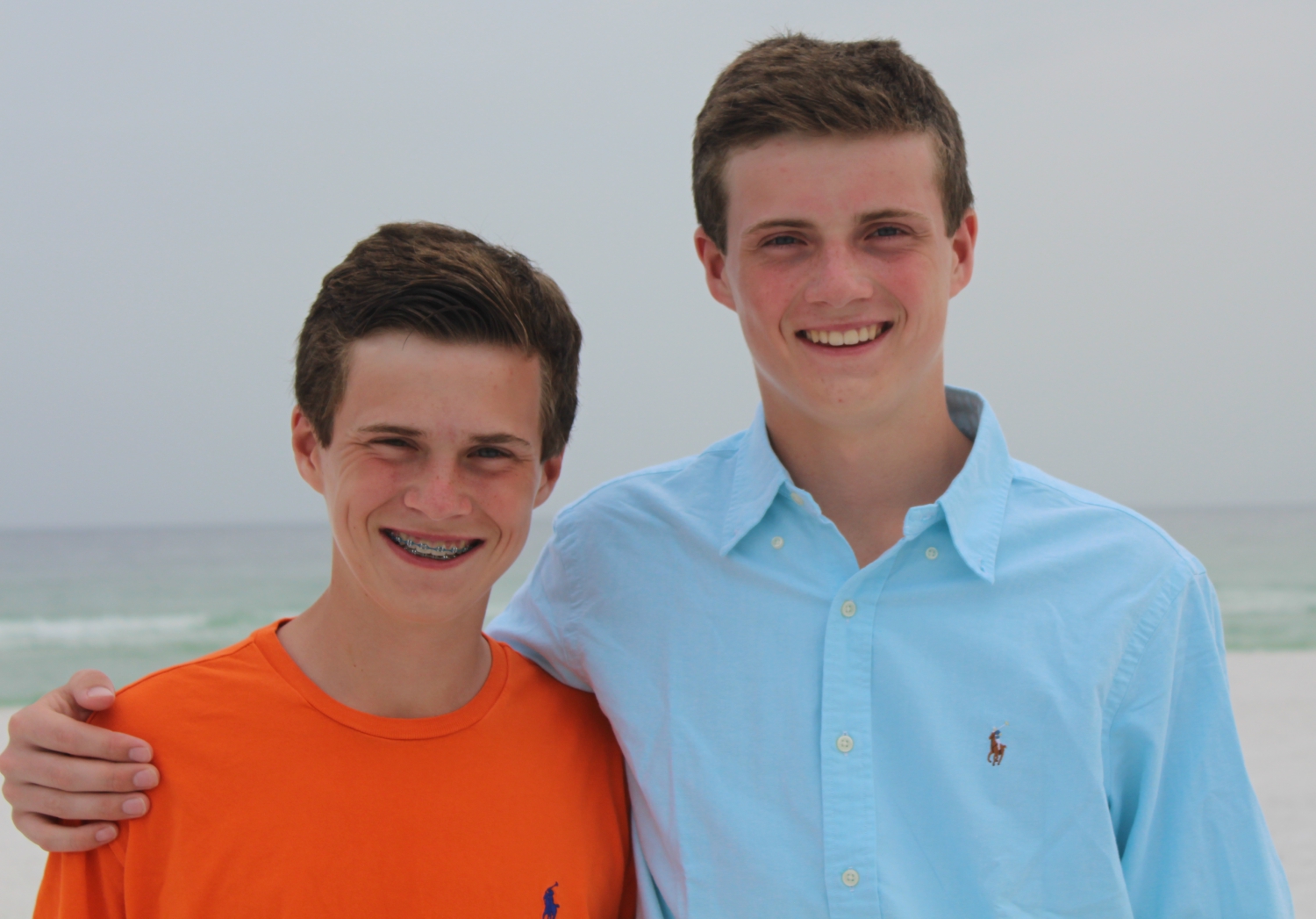 To talk to George now is to talk to someone coming into his own in more ways than one. He hasn’t had a seizure in years. Now 21, he's in his senior year at the Wisconsin School of Business at the University of Wisconsin, Madison.

While having epilepsy is still an aspect of George's life, how he looks at it now seems markedly different than when he was a child.

George: It’s strange to look back on some of this because you realize how much has changed. I mean, I’m taller, obviously, but when we first were going through this process, all of it seemed overwhelming. Now, having epilepsy is just something that I take into consideration like any other fact of life.

Before, I didn’t always want to tell people about it, because I felt like they would treat me differently. I didn’t want other people to worry or give me too much attention. I think I realized over time that everyone has their stuff—even if you can’t see it—and that most other people just want to know how they should treat you.

If I think about whether or not having epilepsy has changed me, I know it has because of the things I’ve experienced and the people I’ve met because of it. But, when it comes to how I want to be treated, nothing has changed. I’m still me. I’m not fragile; I’m doing just fine.

I'll be forever thankful to Denise and all of the other people at Gillette. They took a condition that could've been very scary and helped me through every part of the treatment process. If I had any advice for other kids and families who might've just gotten a diagnosis like mine, I'd just say to trust the providers at Gillette. They know what they're doing. 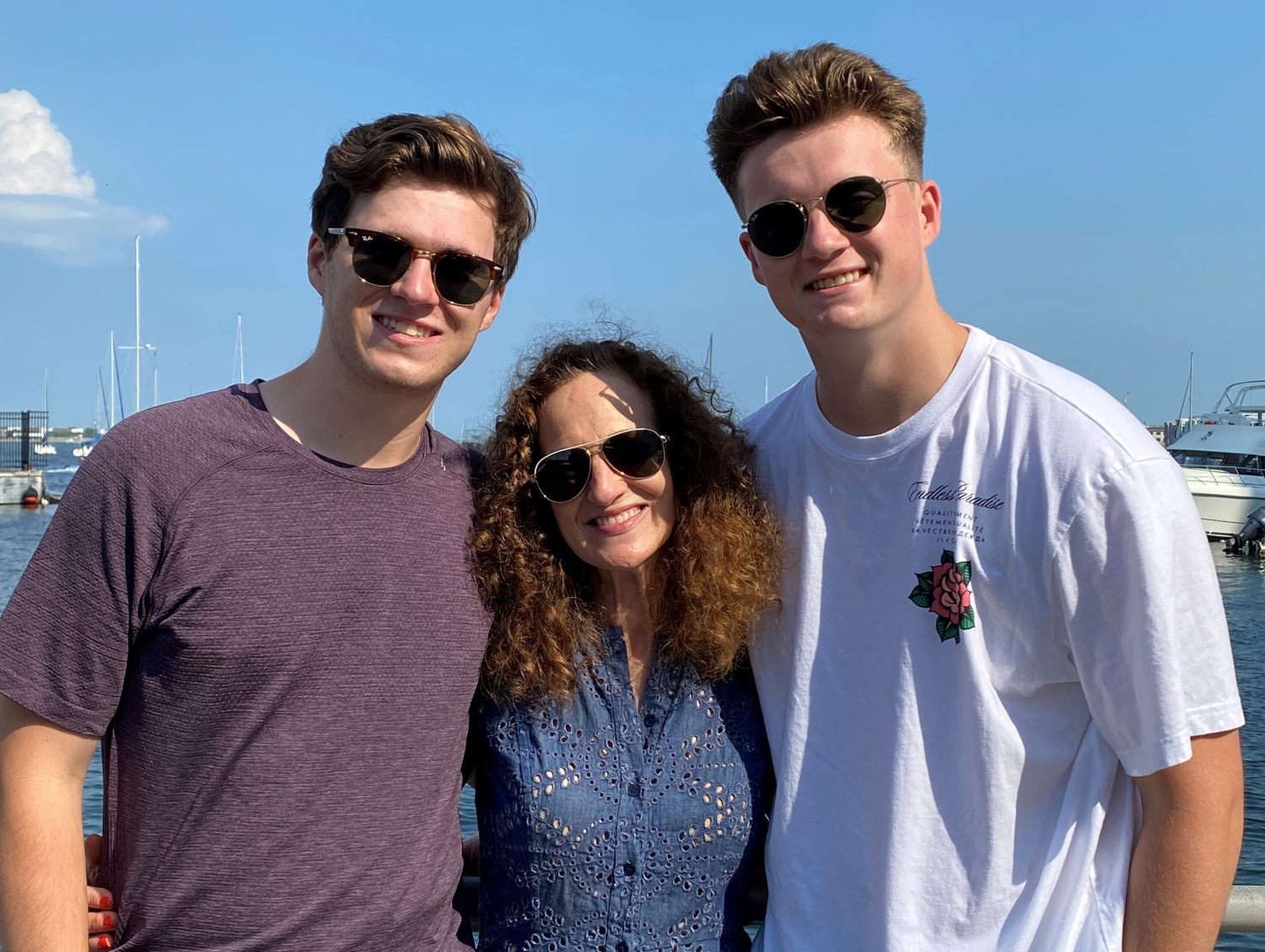 Even after an injury heals, sometimes an imprint of it can remain. How this happens…

A young mother, overwhelmed with caring for her newborn son who has quadriplegic cerebral palsy,…

The Brain, Electricity, and Neurodiagnostics

Did you know that the human brain produces electricity? Learn how neurodiagnostic services help diagnose…

Even after an injury heals, sometimes an imprint of it can remain. How this happens varies from person to person. But for some individuals, like Ali Tokkesdal, it manifests in the form of chronic pain. “I couldn’t walk. It felt like my body had turned against me, like it was haunted,” says Ali.

A young mother, overwhelmed with caring for her newborn son who has quadriplegic cerebral palsy, meets a pediatric intensive care nurse in the hallways of Gillette in 2006. The friendship they develop changes both of their lives. To celebrate National Nurses Week, we asked Lucinda VerSteeg and Elee Hruza to reflect on their nursing careers and relationship.

The Brain, Electricity, and Neurodiagnostics

Did you know that the human brain produces electricity? Learn how neurodiagnostic services help diagnose and treat problems that arise when the brain's electrical signals don't function as they should.

As parents, we celebrate the simple things in our children’s lives—but can quickly forget them: the first word, standing up, walking, the first birthday, the first day of school, tasting a new food. We sometimes take these milestones for granted. That’s not the case for the parents of Felix Henry. Felix has a severe form of epilepsy.

"Every step Sophia takes is a testament to the countless dedicated individuals who made it possible." Sophia and her family traveled from Arkansas to Minnesota for several major surgeries to treat her cerebral palsy.