A Culture of Care Brings Roderick to Full Speed 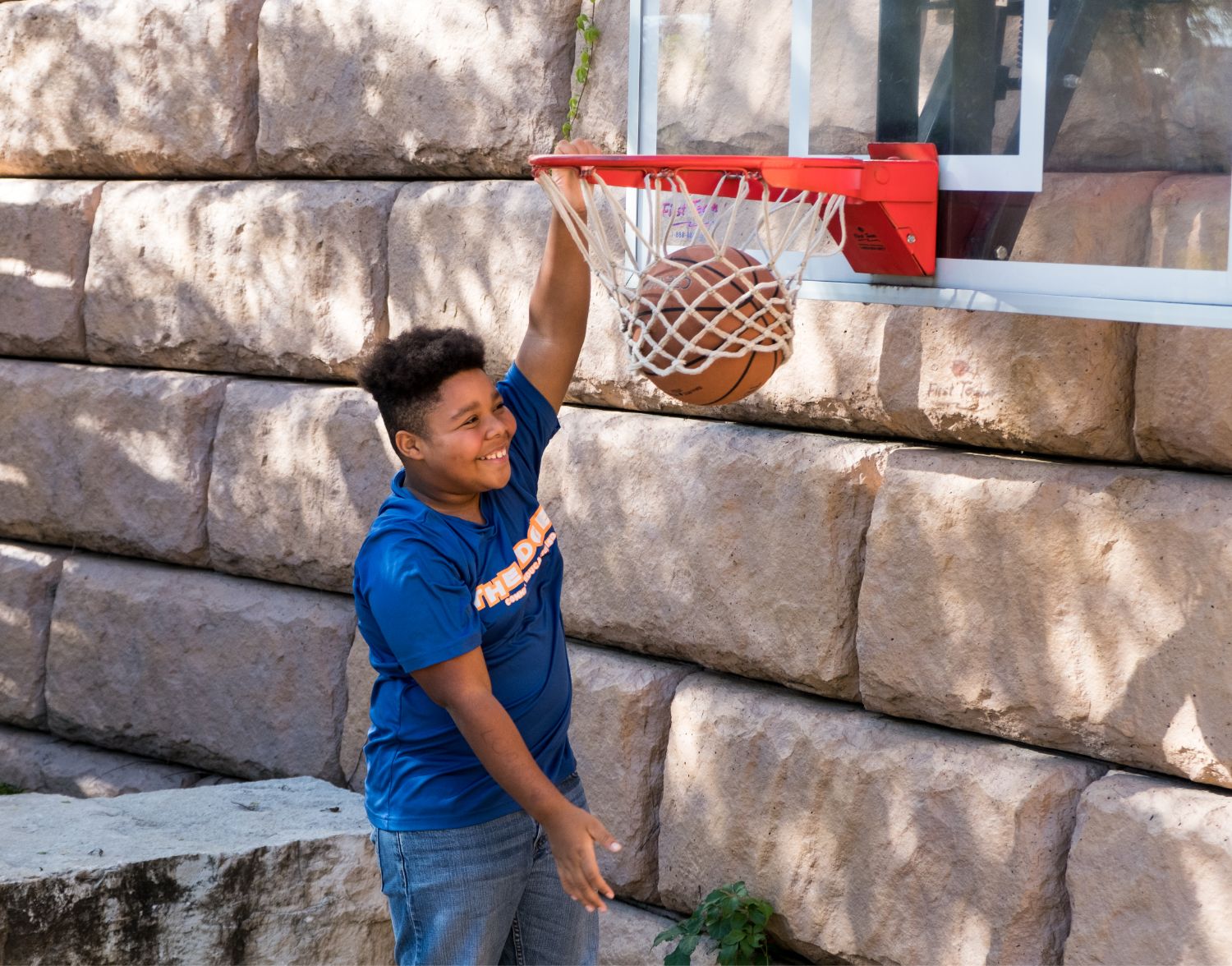 Roderick Bright is 11 years old, but don’t let that fool you. He’s not a kid. Ask him who he is and he’ll tell you: Roderick is an athlete.

But he's analytical about it. If you ask him who the best point guard in the NBA is, or who's the most dangerous wide receiver in the NFL, you'll hear, "Well, it's debatable" or "There are many different schools of thought."

Point being, as a youth athlete participating in both basketball and football, Roderick is determined to be the best he can be. Last fall, there was only one problem. When he ran too much on a given day, he'd often come off the field or court in tears.

“For years, Roderick has been bowlegged and pigeon-toed,” his mother, Kathryn Lusack, says. “He had issues dealing with the pain this could cause, but he'd always found a way to push past it. Late last year, it just became too much.”

As the football season progressed, the pain Roderick was experiencing prevented his ability to play at 100 percent. Kathryn, being a Licensed Practical Nurse (LPN), knew it was time to look for a solution.

“We took Roderick around to see a series of specialists who offered a variety of treatment options,” Kathryn says. “But all the while we felt like we hadn’t found the right place.”

Then they were referred to Gillette Children’s in St. Paul, Minnesota, and that’s where things began to change.

“From the moment we arrived at Gillette, we could feel the difference. Everybody in the clinic was so nice and fun, and had a positive attitude,” Kathryn says. “As a medical professional, I’ve worked in a variety of different settings, and some are better than others. After meeting with Roderick’s doctors, I identified that Gillette is where we wanted to be.”

How Our Bones Are Made 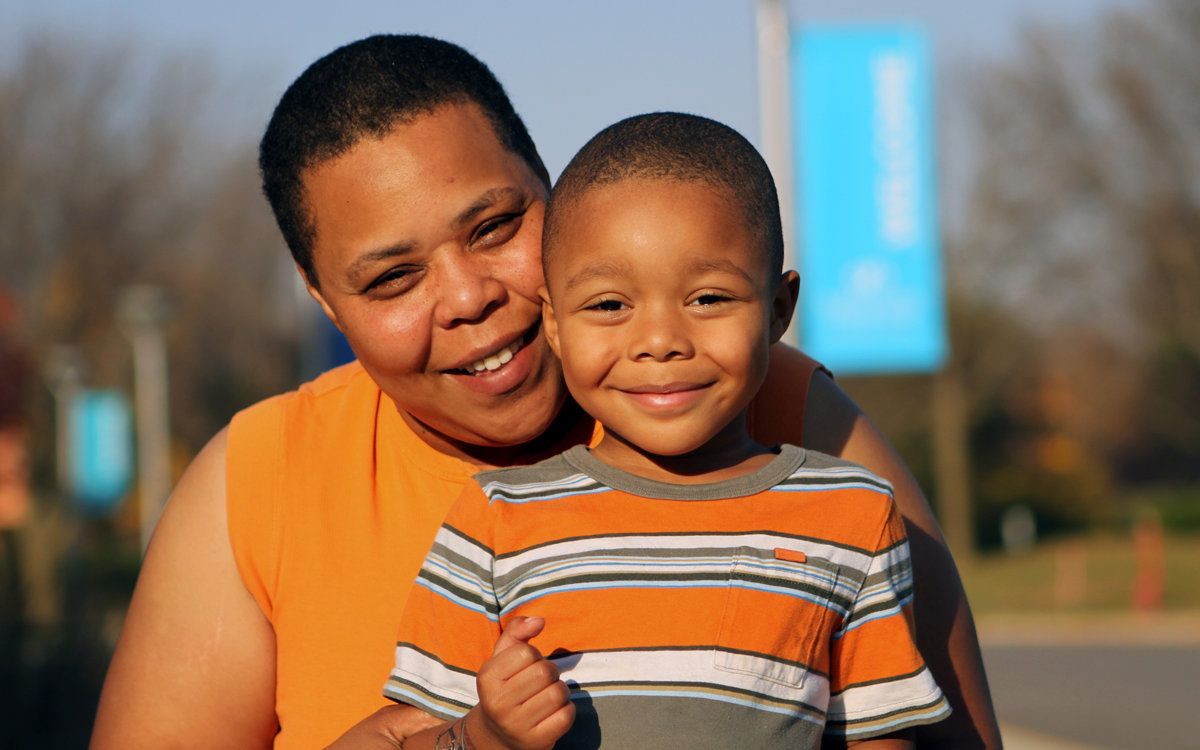 When babies are developing in-utero, the models for their bones are made of cartilage. This cartilage is malleable, so depending upon how large a baby is or how much room there is in the womb, it’s quite common for children to have tibias and femur bones that are twisted in rather than out. But as they grow and bones develop, most children’s bones straighten out over time.

“A child’s tibias should typically normalize by the time they reach 4 years of age,” says Elizabeth Weber, MD, a pediatric orthopedic surgeon at Gillette. “When I met Roderick he was 10, and his were still significantly turned inward. We recommended physical therapy in the hopes that by strengthening the muscles around his legs, he would be able to compensate for his structural issues.”

The physical therapy helped with easing Roderick’s pain, but not enough to satisfy his demands for excellence on the field.

“As a surgeon, obviously surgery is what I am trained to do, but it is never what I lead with when talking to a family,” Weber says. “Any surgery brings with it an element of risk, and additionally you have to manage expectations. I couldn’t promise Roderick and his mother that I could make him faster, or even totally alleviate the pain he was experiencing. I told them what I could do, however, was take his bones that were twisted in, and turn them out.” 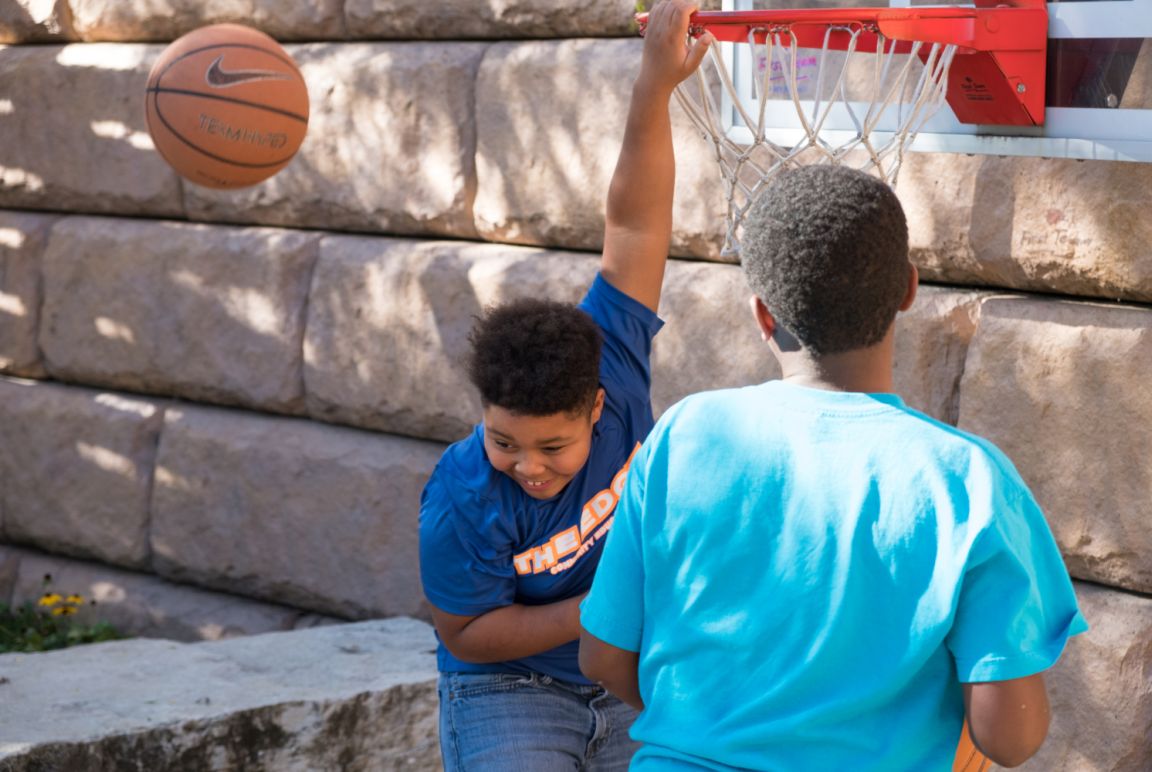 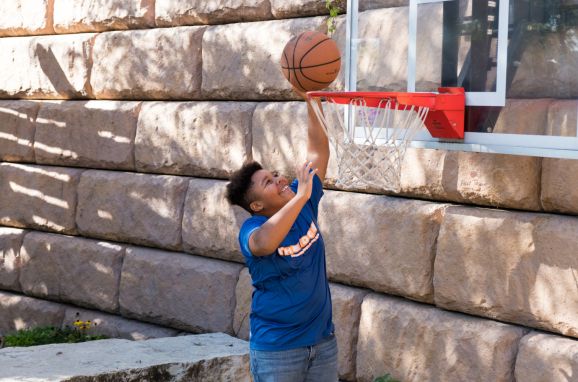 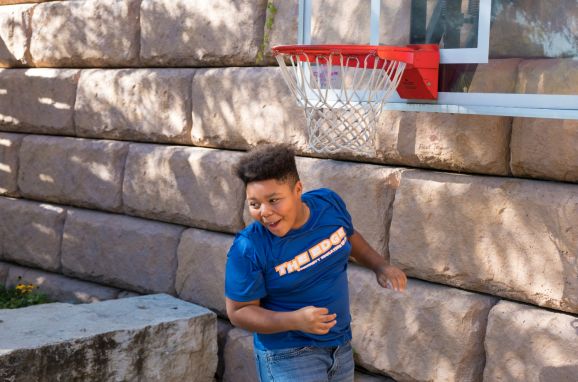 Roderick and Kathryn elected to go forward with the surgery, and Weber performed a tibial derotation osteotomy in March of 2017. Roderick’s recovery would take time and much more than that—effort.

“We were in the hospital for a little less than a week as Roderick began his recovery,” Kathryn says. “All the while, we were thankful to have so many great staff members supporting us.”

The recovery time for this type of procedure typically lasts about a month, and when Weber saw Roderick four weeks after the surgery, he was healing well and got the green light to begin light non-weight-bearing physical therapy. Two weeks later, he began the therapy that would get him back on the field.

“Roderick really threw himself into his exercises,” Kathryn says. “He knew that the harder he worked, the faster he could get back to what he loved.” 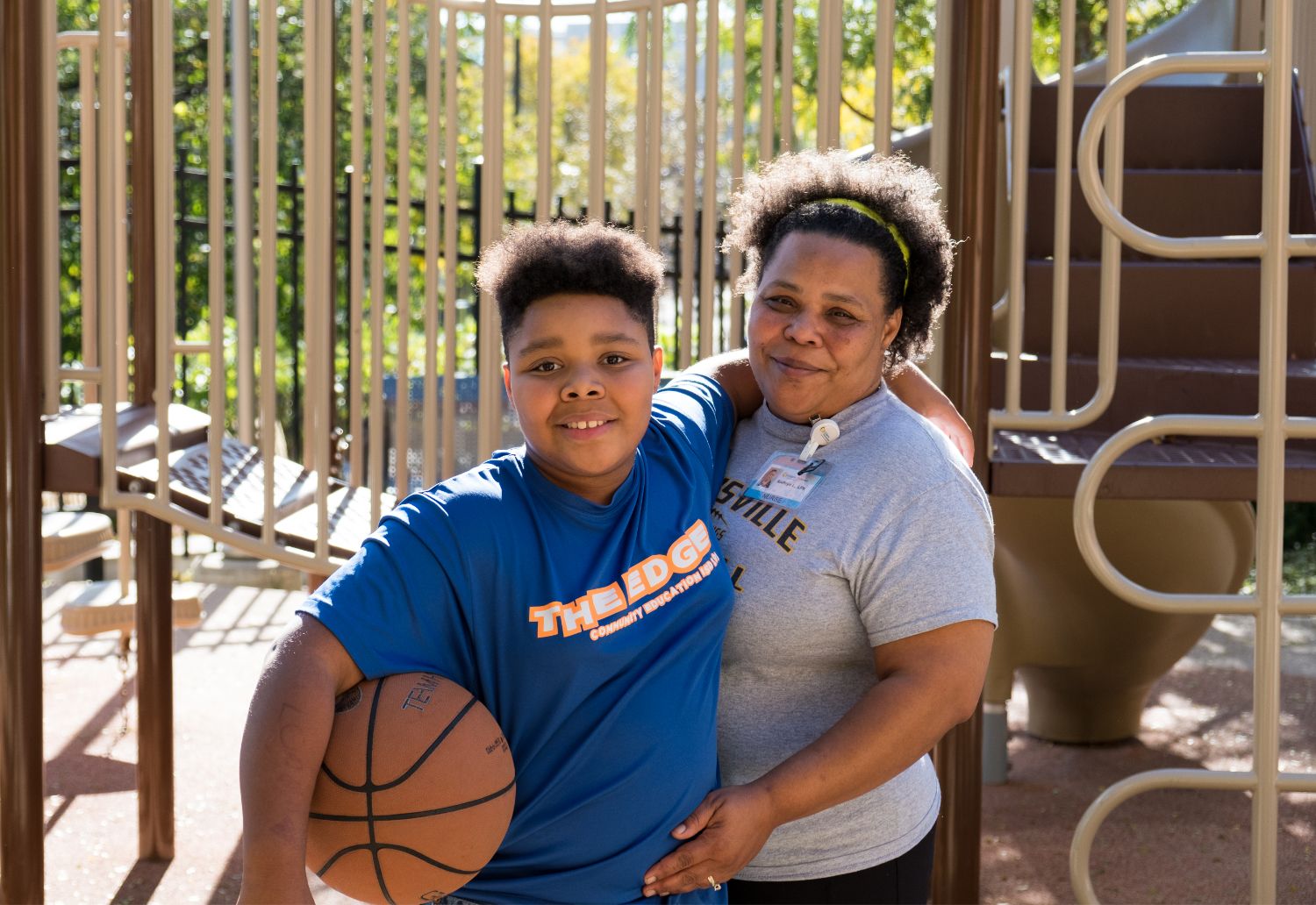 Fast forward to this past summer. Roderick returned to playing football and will start basketball this winter. While he still experiences occasional pain, it doesn’t loom over him like it did in the past. He’s back to being the hard-working, fun-loving kid he always was.

That’s not the only thing that’s changed. Kathryn has a new job…working at Gillette.

“After all of our appointments and before, during and after Roderick’s surgery, I was just continually blown away by the staff members who worked with us. They really treated us like people, not just another number,” Kathryn says. “I thought to myself, I want to be a part of making another family feel that way. So why not go directly to the source.”

Weber says that the fact that Kathryn would choose to work at Gillette is not an aberration and that many staff members have a child or relative who was previously a patient.

“If they don’t work here, many certainly find a way to volunteer, donate or fundraise, and I think that it speaks to the fact that Gillette has always remained true to itself,” Weber says.

“In my experience, there are generally three different reasons that an organization loses its way,” continues Weber. “One, they lose focus on their mission. Two, the organizational leadership loses touch with their employees. Or three, and this can be the most pernicious, the organization gets so big that people in individual departments don’t know one another as individuals, and you become anonymous. Gillette attracts a certain type of person, and even as we’ve grown we’ve been able to stay aligned with our mission because every single person who works here is capable, competent, and puts the patient first. In my experience, that’s a rare, magical quality that’s not something to be taken for granted. It’s why I’m here, and frankly, why we’re all here. It’s difficult to quantify, but you know it when you see it.” 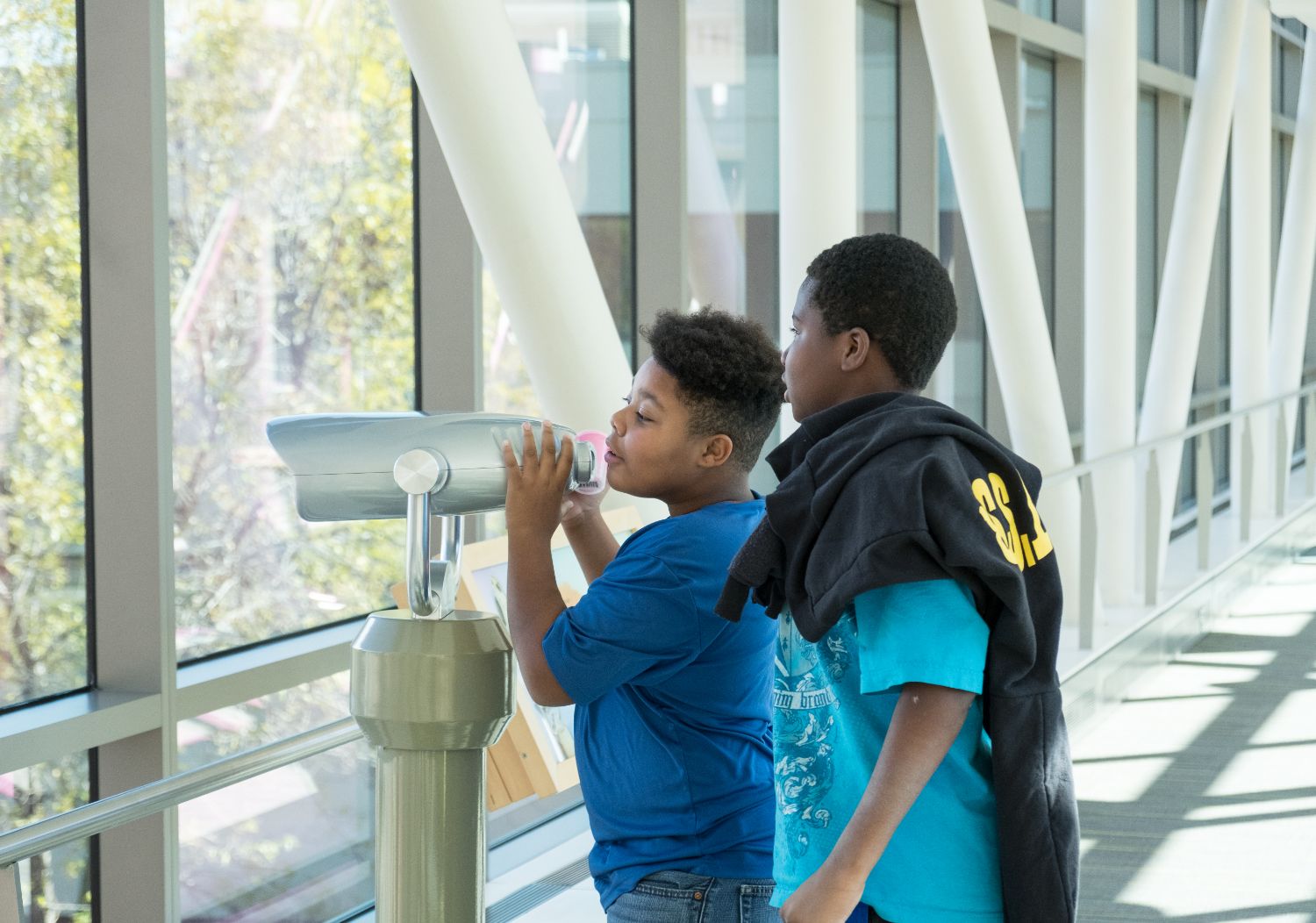