A Milestone Year for Gillette Children’s

By The Gillette Marketing and Communications Team 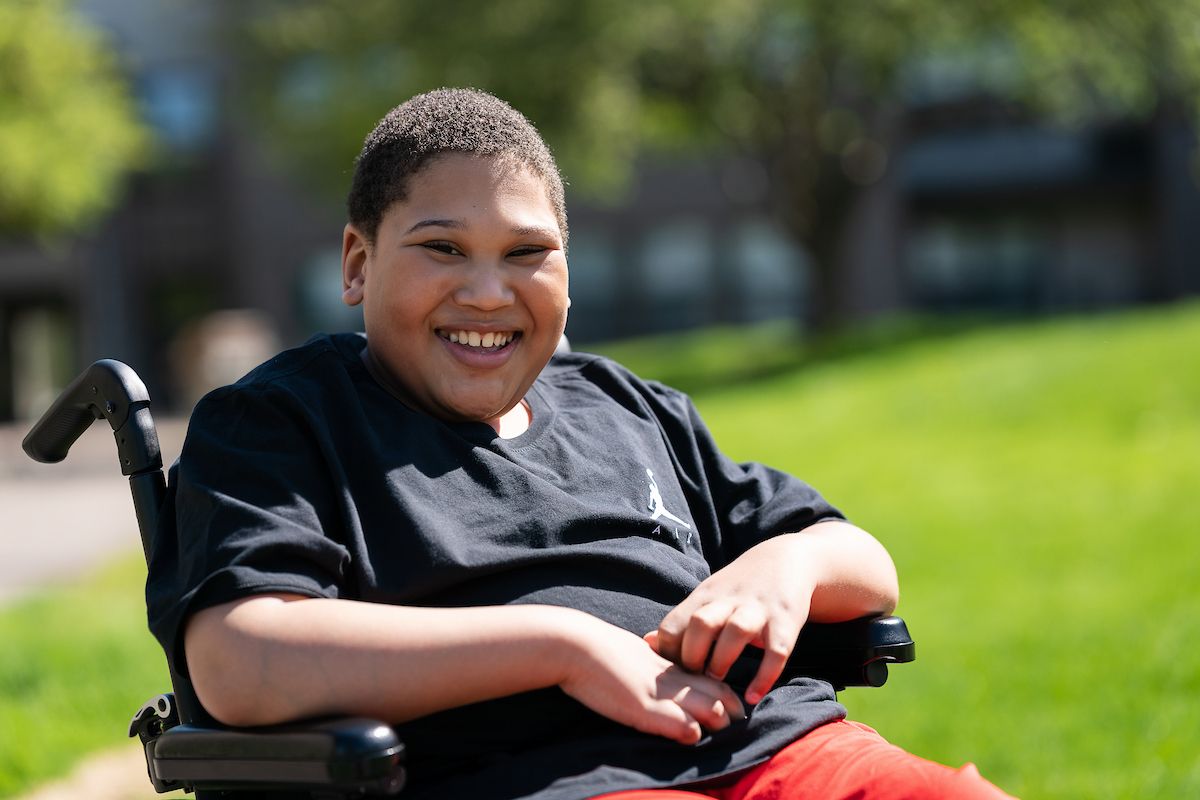 Michael Holley and his family appreciate how the innovation at Gillette helps children feel confident.

This past year, 2022, Gillette Children’s accomplished a milestone that few pediatric hospitals in America can match. On October 27th Gillette was proud to mark 125 years of being one of the world’s most respected hospitals treating children with brain, bone, and movement conditions.

Gillette exists to help children write their own story. We’re excited to continue researching and innovating the care for some of the most complex challenges in pediatric health care. As we begin 2023, we would like to share some favorite stories highlighting how we innovate, advocate, and celebrate from our 125th year.

Gillette is driven to innovate to research and care for children with brain, bone, and movement conditions. We’re proud to share some highlights of how this innovation propels our work and our children to success.

Gillette Children’s Cerebral Palsy Institute is working on new developments in research, innovation, and care to help support the more than 17 million people around the world living with cerebral palsy (CP).

Gillette physicians and providers are driven to make discoveries to help all people who have cerebral palsy. We treat all forms of cerebral palsy—including the most severe.

Cerebral palsy is a complex condition and can affect many parts of the body. Gillette has more than 140 cerebral palsy experts in Pediatrics Complex Care, Orthopedics, Neurology, Physical Medicine and Rehabilitation, Sleep Management, Prosthetics, Seating, and Child Life Services. 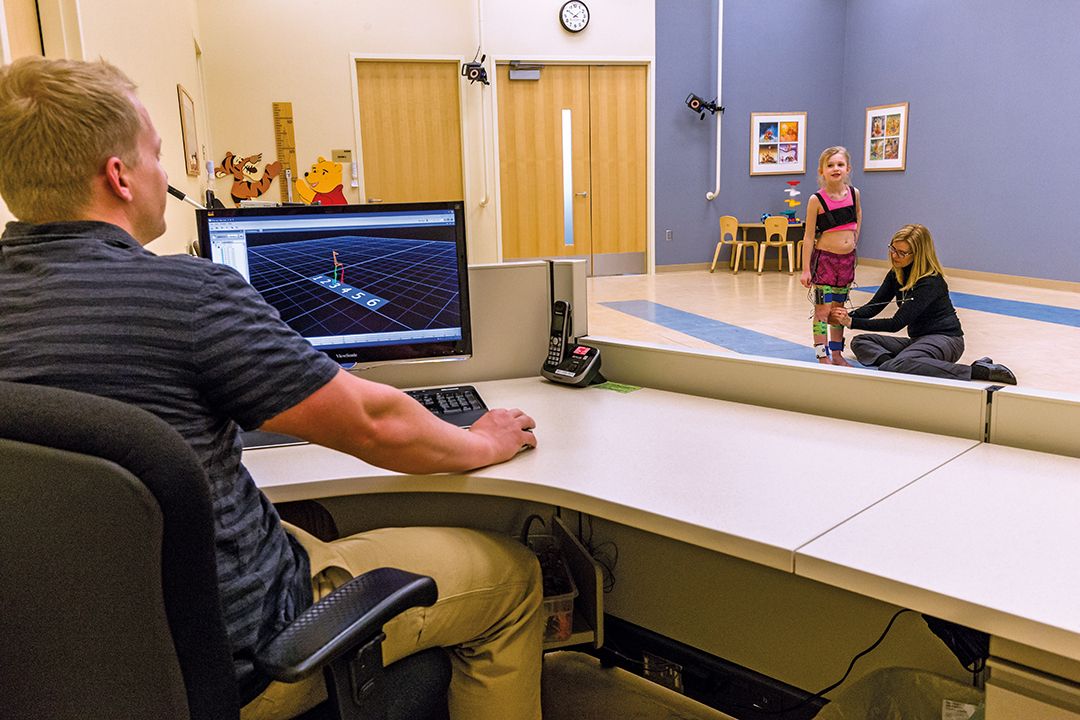 The center uses innovative computer technology and motion analysis to analyze how muscles, joints, and nerves work together to make movement possible. The data collected at the center helps Gillette providers accurately identify issues and create an individual treatment plan for each child, teen, or adult.

Founded in 1987 by a group of innovative Gillette providers, research scientists, and bioengineers, the James R. Gage Gait and Motion Analysis Center has helped thousands of patients reach their full potential when it comes to walking and movement.

The center’s medical director, orthopedic surgeon, Tom Novacheck, MD, says, “Families come here because they recognize that we use the data from the gait lab analysis to drive decisions.”

The Center currently has a database of the gait analysis from about 50,000 patients. Researchers and providers from around the world have used information collected at the center to improve treatments and care. 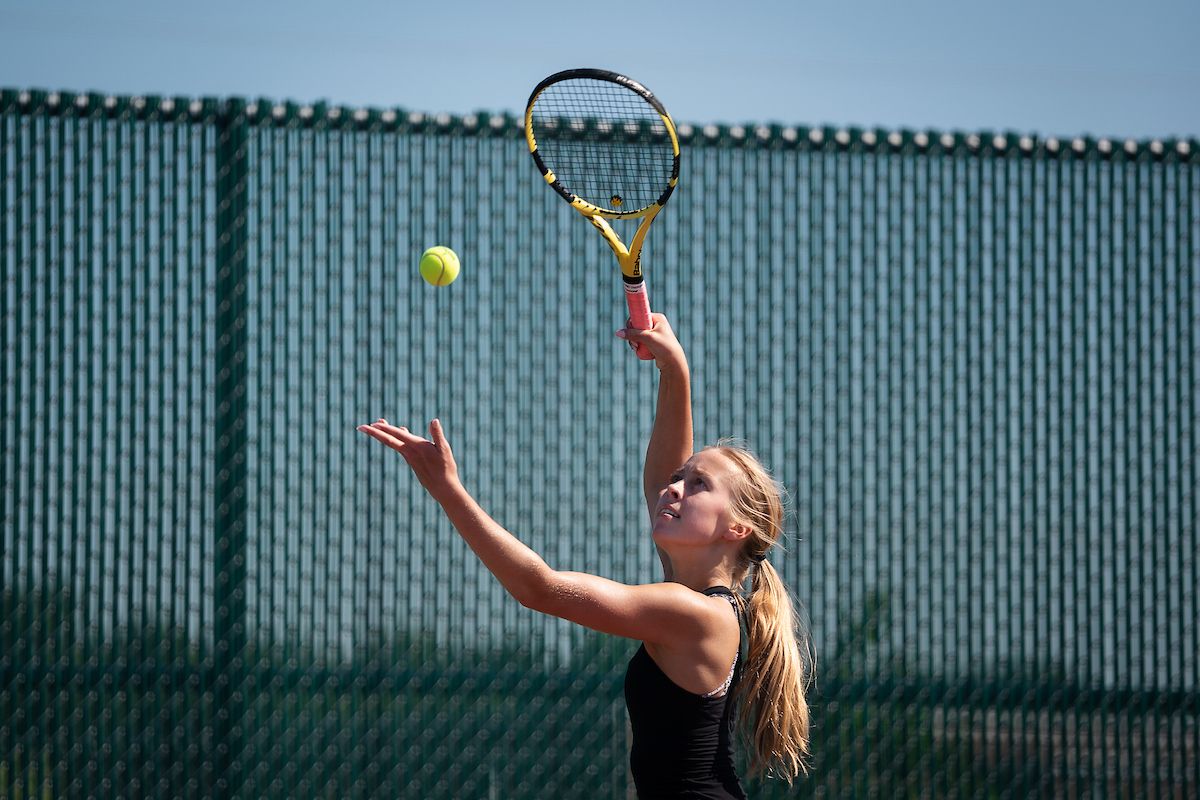 “My back feels flexible and I’m grateful!” proclaims 16-year-old Delaney Lundquist as she warms up for her tennis lesson on a hot July morning in Elk River, Minnesota.

Delaney had vertebral body tethering (VBT) surgery at Gillette Children’s in January 2021 to help correct scoliosis, which is a curvature in her spine.

Delaney’s mother, Jana Lundquist, marvels at her daughter’s athletic skills and is pleased the timing worked out for Delaney to have the VBT procedure.

VBT was approved by the FDA in 2019 and Gillette orthopedic and spine surgeon, Walter Truong, MD specializes in the procedure. During the surgery Truong used internal bone screws to attach a strong cord called a tether to Delaney’s spine. The tether is flexible and, when tightened, helps to correct the curve as Delaney continues to grow.

VBT was not an option for Delaney’s two older sisters who were also diagnosed with scoliosis.

“My two older daughters had spinal fusion surgery at Gillette, and they’re happy with the results,” Jana says. “They are a bit jealous that their younger sister’s recovery was so much easier. Delaney spent just two nights at Gillette while my older daughters spent five days in the hospital after surgery.”

A shorter hospital stay is not the only benefit of VBT surgery. In general, the recovery time for spinal fusion is three months. After VBT surgery, Delaney was back on the tennis court in about five weeks.

Another advantage is patients who have VBT can continue to play contact sports. That’s important for Delaney who also plays lacrosse.

“After the spinal fusion my two older daughters had to curtail their athletic activities,” Jana says. “This is not the case with Delaney. It’s incredible that she has no limits!” 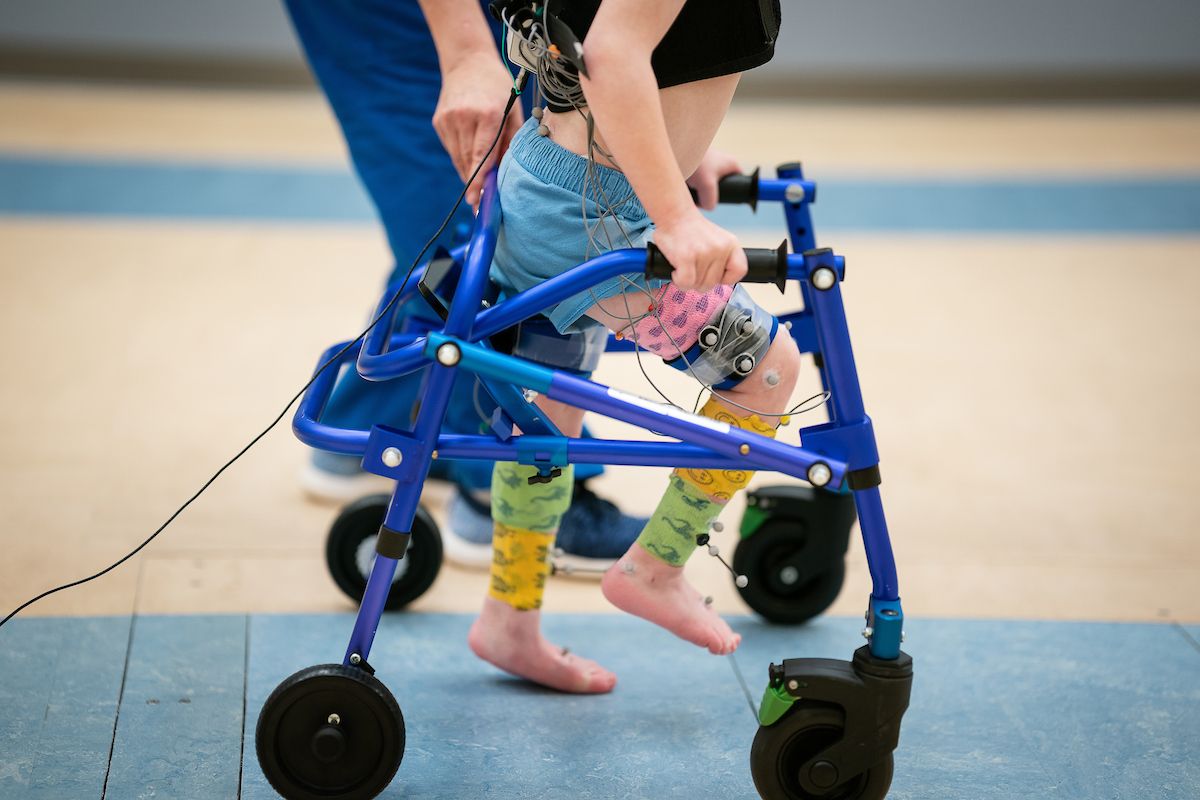 Research is critical at Gillette and helps us to improve treatment and care.

Research is critical to our work

Gillette Children’s conducts clinical research every day to answer some of the most important questions for patients and families.  We focus on improving treatments and making life better for children with medical conditions or disabilities.  Since our founding in 1897, Gillette has been at the forefront of treating children who have conditions affecting the brain, bones, and movement. Medical research is a key part of Gillette Children’s mission.

Through research, Gillette has developed innovative new treatments to help children diagnosed with cerebral palsy. Gillette clinicians and researchers have improved techniques to help children who have limb deformities and have enhanced bracing options for patients who have scoliosis – to name just a few examples.

Gillette Children’s Clinical Scientist, Liz Boyer, is a member of the research team and says, “Without research, forward progress would stall.”

Please read our recent series in the Star Tribune for more about how Gillette innovates, advocates, and celebrates the children we're honored to have in our care.