Abby is a Paralympian and a Bronze Medalist 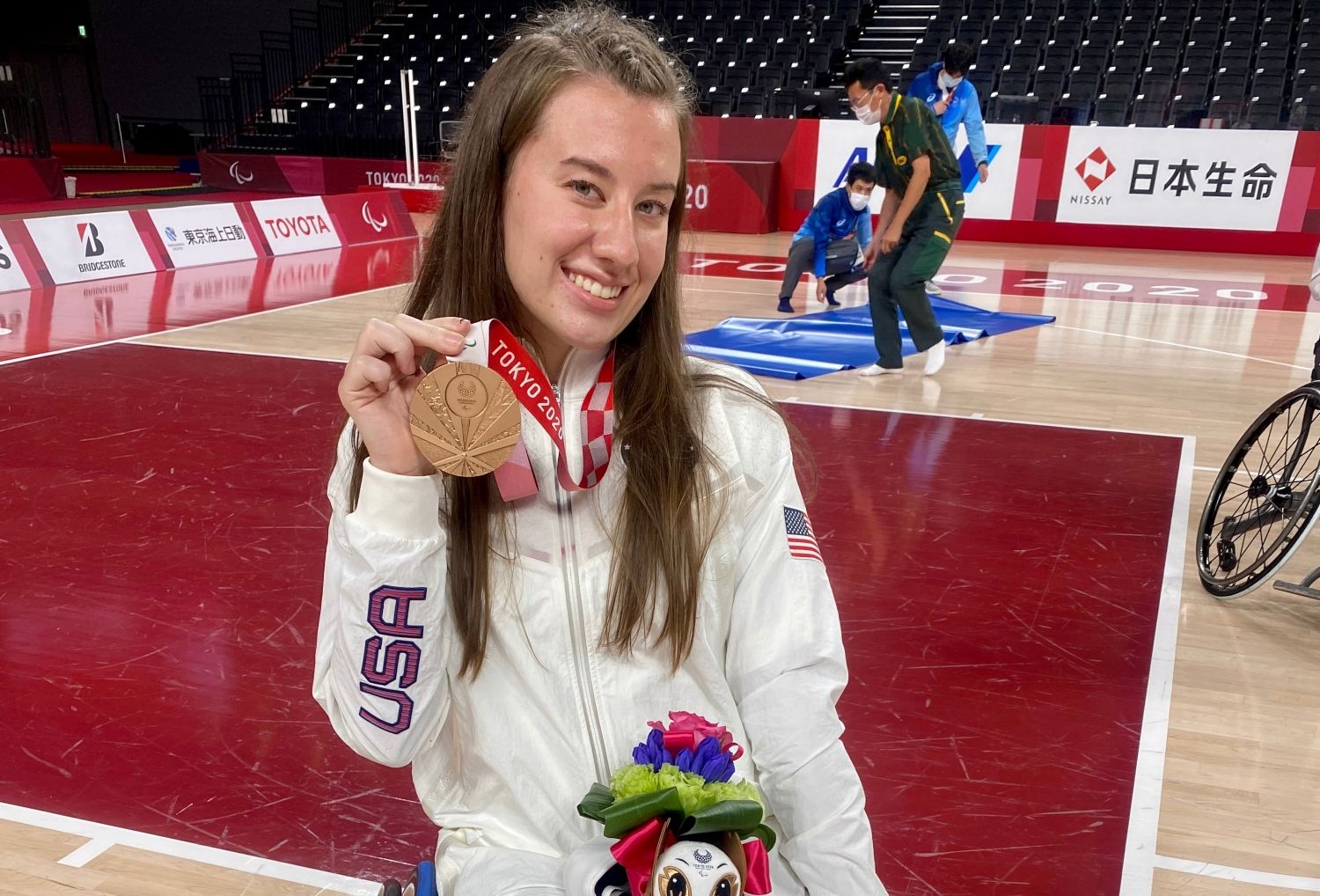 Every once in a while, you meet people who, just by being themselves, make you wonder if you haven’t been paying enough attention to all of the good that exists in the world.

Abby Bauleke, 20, is one of those people.

“Inspiring” is a tricky word, as it seems to hold many different meanings for different people and is occasionally thrown around in ways that even when meant well, ring hollow. But if to be inspiring is based upon who you are, what you do and how you make those around you feel, then Abby is precisely that and more.

That’s probably why she’s a Paralympian. Abby and her Wheelchair Basketball team competed in the 2021 Paralympic Games in Tokyo, Japan over the past several weeks for Team USA, and they are coming home with the Bronze Medal. 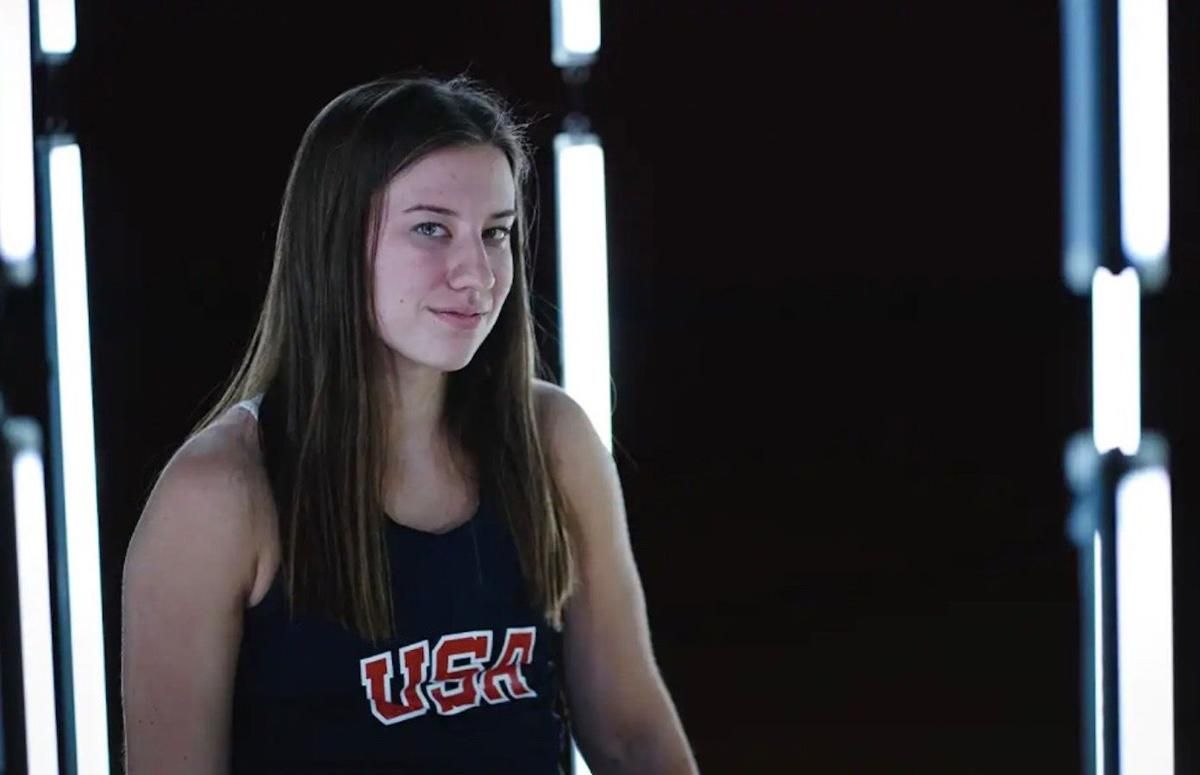 Abby grew up In Savage, Minnesota, and for most of her infancy and early childhood, she had no medical issues to speak of. But just before her 5th birthday, she began feeling under the weather.

“It seemed like a typical childhood cold or an ear infection. There were no alarm bells or anything,” Abby’s mother, Natalie recalls. “But when it persisted, it became more concerning. Our pediatrician eventually ran bloodwork. I’ll never forget when we got the results. Our doctor came into the room, sat down next to me, and told me that her bloodwork looked like leukemia.”

From there, everything changed. Abby began a rigorous course of chemotherapy and her cancer treatment was progressing positively. But about a month into Abby’s treatment cycle, she started having trouble walking.

“It was subtle initially. She’d walk for a while and get tired. Then she started falling down. Her doctors didn’t know what to make of it,” Natalie says. “When she completely stopped walking, we were terrified. At one point, I took her to the emergency room, thinking it might help to have someone see her who didn’t know she had cancer. After being evaluated, they said it looked like Guillain-Barré syndrome, which can cause paralysis. She was treated immediately, but it got to the point that she couldn’t move anything below her shoulder blades.” 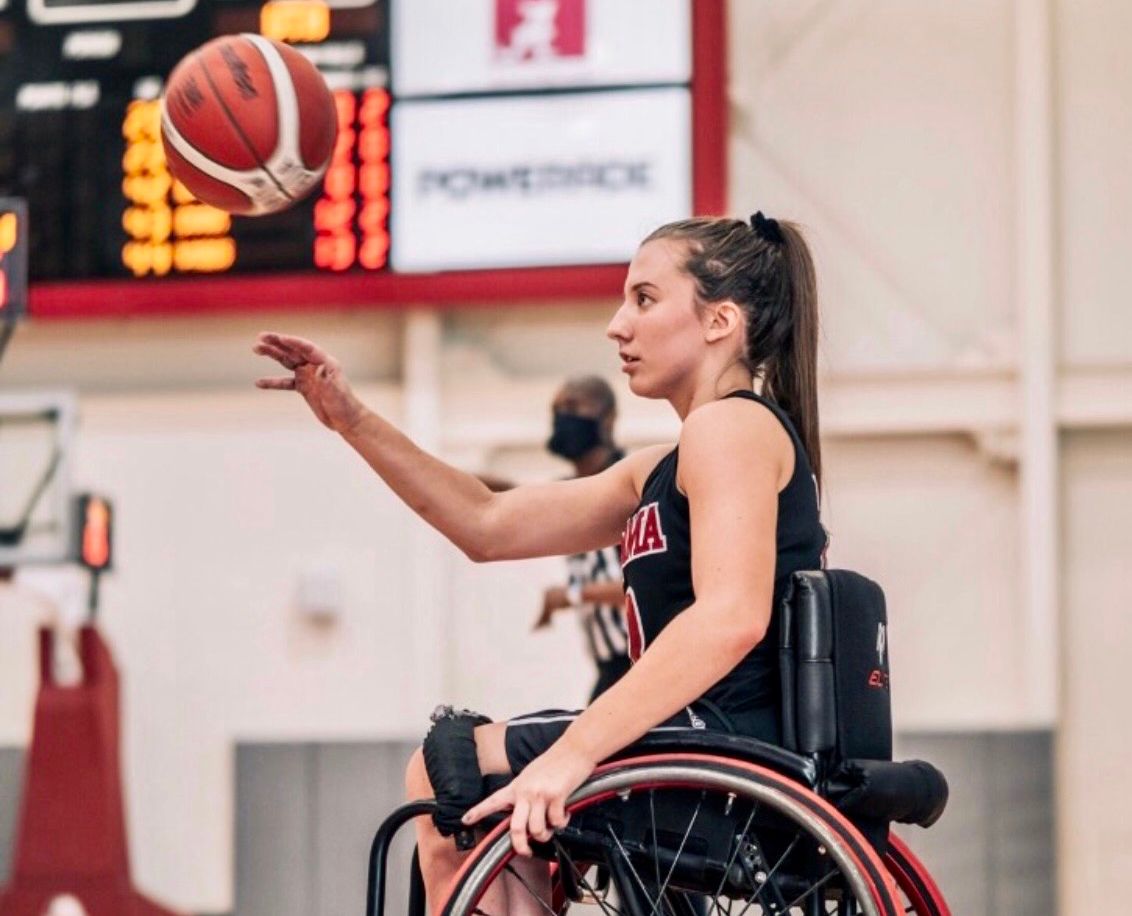 Abby transitioned to using a wheelchair and when she was 6, was referred to Gillette Children’s. While Abby couldn’t move her legs completely, she retained the feeling in them. Abby’s parents were hoping to find a treatment to alleviate the discomfort and pain she was experiencing.

At Gillette, Abby and her family met Marshall Taniguchi, MD, and they’ve been seeing him four times a year, every year since.

“I kind of don’t remember a time that I haven’t known Dr. Taniguchi,” Abby says. “He came up with the perfect concoction and treatment for my legs that made things easier for me. But more than that, even when I was very young, he always did such a great job of explaining things to me. He made what could’ve been a scary time feel safe.”

Dr. Taniguchi began providing Botulinum Toxin (Botox) injections into Abby’s legs every three months. Botox can be used to treat muscle spasticity, or overly tight muscles caused by disrupted communication among the brain, spinal cord and peripheral nerves. When injected, Botox blocks messages sent from the nerves that tell the muscles to contract. Muscle tightness is reduced when these messages are blocked, increasing comfort and improving function.

Abby says that this treatment allowed her to get back to her life and activities. One of those activities being, wheelchair basketball.

“I started playing basketball on a team when I was 12 and I fell in love with it,” Abby says. “From there, I played on my team throughout high school and got into the University of Alabama to play on their team. I tried out to be on Team USA, but then the pandemic happened. I kept practicing and after a year of waiting, I found out that I made the team! It’s pretty surreal, but I’m very excited it’s finally happening. We have a great team and we can’t wait to show people what we can do!” 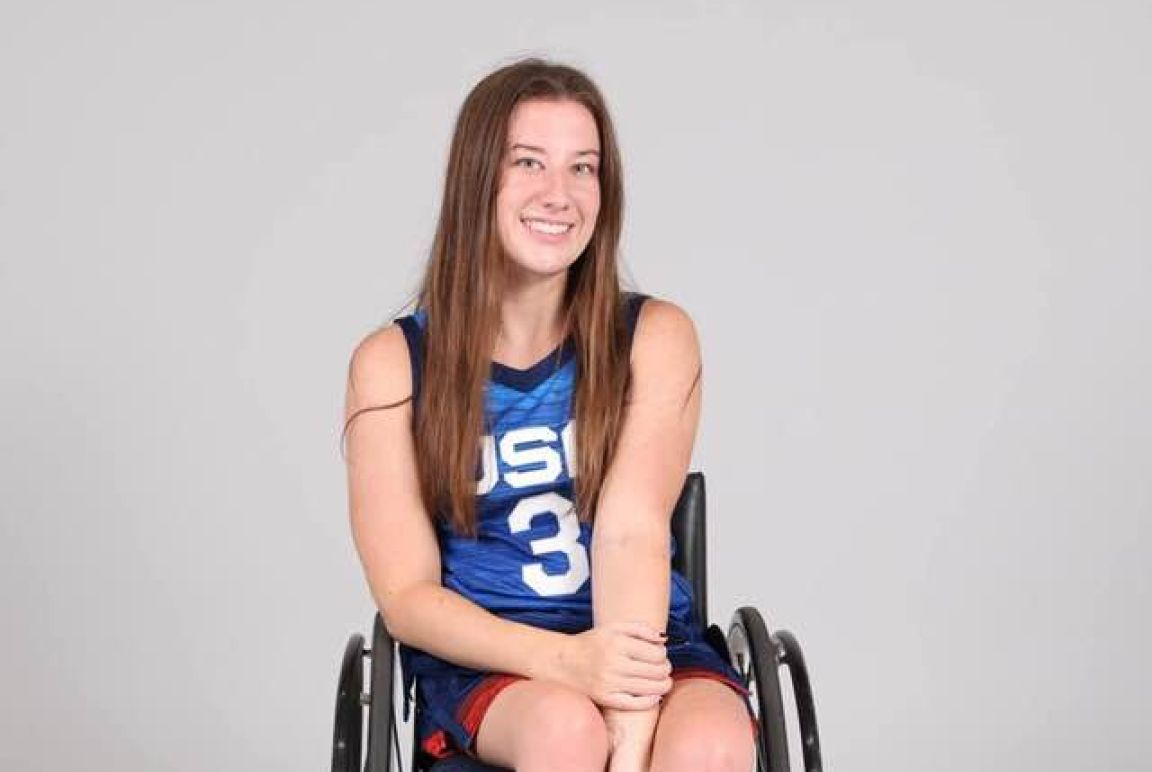 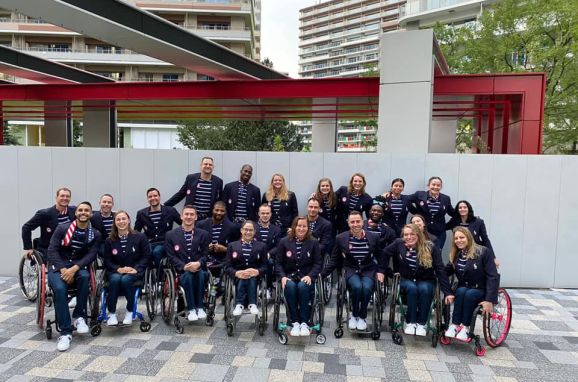 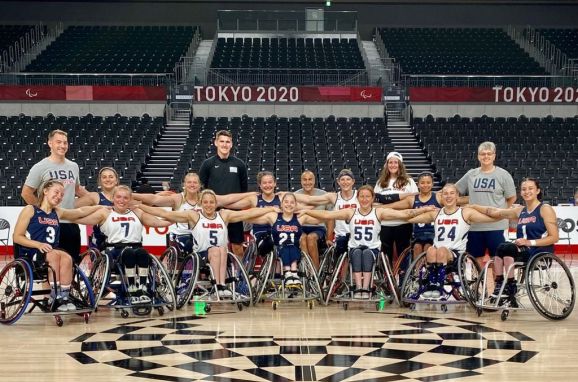 Off to the Paralympics

When the Paralympic Games began, there was little doubt that Abby had many fans cheering her on. Abby’s entire family, Dr. Taniguchi, and many Gillette families and employees were among them.

“I would imagine that many people don’t consider their doctor as a member of the family, but for Abby and the rest of us, that’s what Dr. Taniguchi is,” Natalie says. “It’s not always easy to believe in yourself until someone else believes in you. Abby has no shortage of people who believe in her, but what we’ve always appreciated about Gillette is that they see Abby for the person she is. They don’t place any limits on what she can achieve. No one else should either, because I’m quite convinced she can do just about anything she sets her mind to.”

As for what comes next, Abby says, "I know there's life outside of basketball, so I'm looking at being a child life specialist to help kids and families who are going through stuff similar to what I went through." 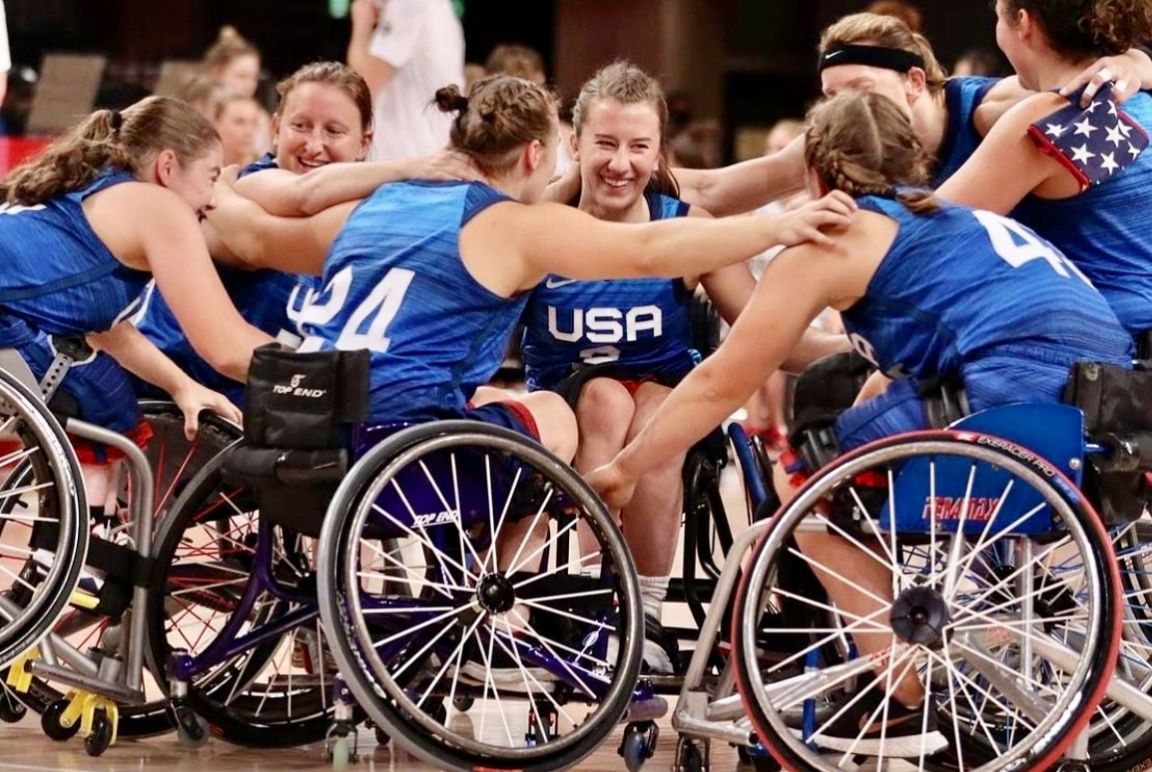 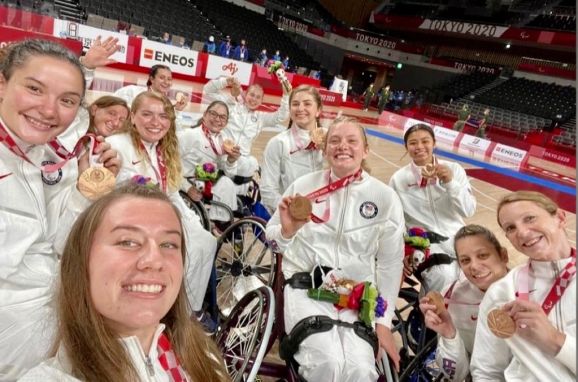 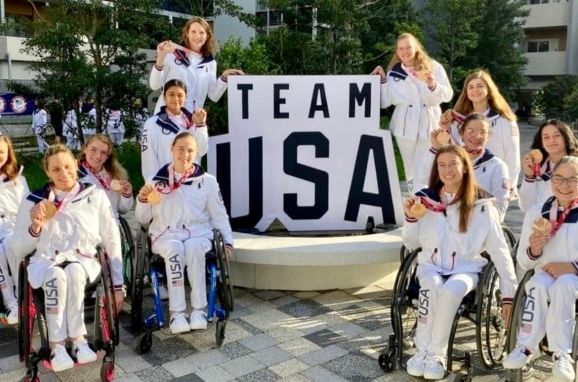 Abby and her team in Tokyo, Japan, after winning the Bronze Medal. 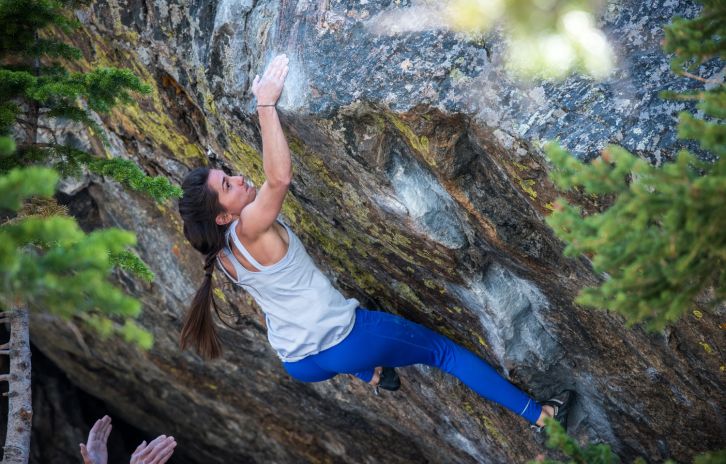 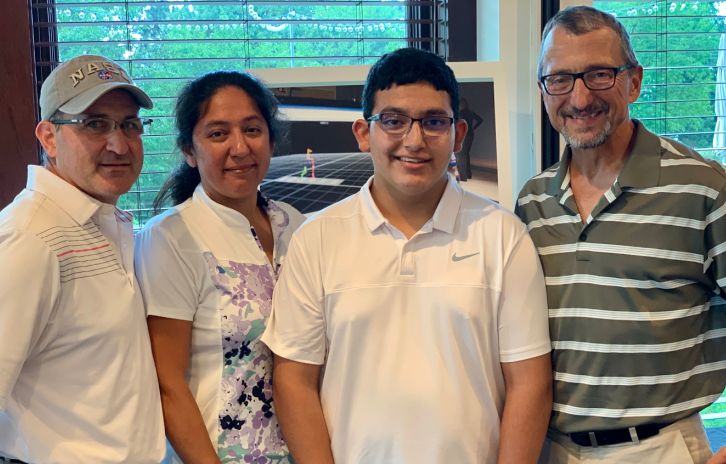 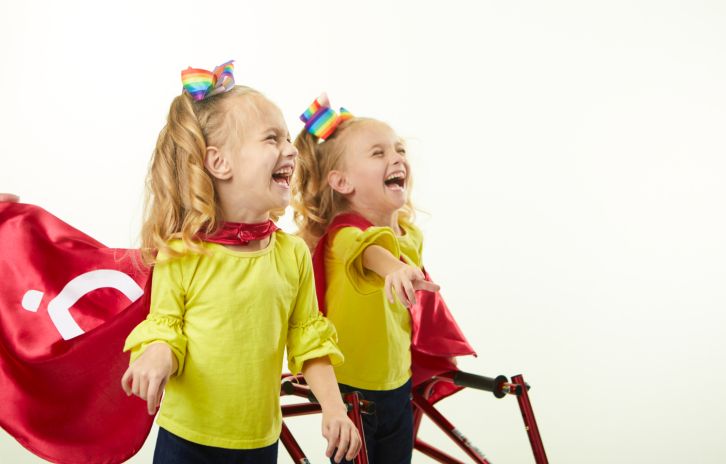