When Alexis dances to the song “Fix You” by Coldplay, she understands every word. She understands because the very thing that threatened her dance career—a diagnosis of scoliosis—has today made her a more expressive performer. 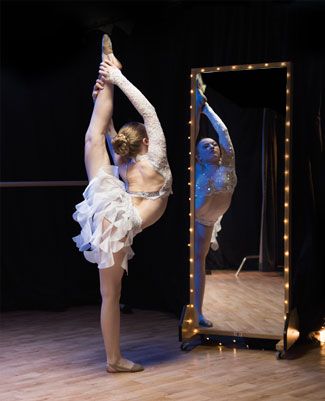 Alexis has been dancing since she was 3. She aspires to dance on the TV show “So You Think You Can Dance” and to study dance in college. Alexis is a two-time national champion and has been to New York for a master's dance class and mock audition with the Rockettes.

On October 19, 2011, Alexis’ life turned upside down when she was diagnosed with idiopathic scoliosis. With a curve in her upper spine of 31 degrees and several more years of growth ahead of her, Alexis was at high risk for the curve getting worse. 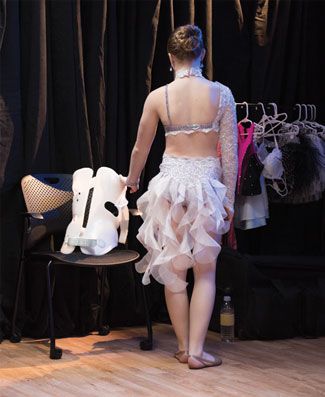 If the curve increased to 45 degrees or greater, said her physician at Gillette Children’s, she would most likely need surgery.

But surgery would mean putting two metal rods down her spine, ending her dream of becoming a professional dancer. “We didn’t want that to happen,” says Alexis’ mother, Connie Kremers. So Alexis made a commitment. She would wear a brace for 20 hours a day, seven days a week.

Gillette made the commitment, too. Her orthopedic surgeon, Steven Koop, M.D., and orthotist have kept close track of the progression of Alexis’ curve and have planned her treatments accordingly. They keep Alexis fully part of the conversation because whether or not she wears the brace is critical to her success.

More than four years later, Alexis still wears the brace, and her curve had decreased to 25 degrees. Because she is showing signs of skeletal maturity, she is now able to wear her brace just 16 hours per day.

During the hours when she’s not in her brace, Alexis dances.