Smith is encouraged by research being done by three teams working on a so-called “gene editing” technique that’s seen as a major step toward a possible treatment for Duchenne muscular dystrophy (DMD).

The new gene therapy technique is known as Crispr-Cas9 and has the potential to allow researchers to cure a genetic disease by inserting the correct gene into damaged cells.  The research teams worked independently and each loaded the DNA-cutting system onto a virus.  The virus was put into the infected muscle cells of a mouse and it essentially took out the defective part of DNA in a gene.

“This is really high-powered genetic manipulation,” Smith says.  “You have this virus and you can, in a sense, program it to go into the DNA and literally snip out the piece that’s not correct.”

Duchenne muscular dystrophy (DMD) is caused by a mutation in the gene responsible for producing dystrophin, an essential protein involved in muscle function. Some in the medical field characterize dystrophin as acting like a coiled spring or a shock absorber for muscles.

DMD is inherited on the X chromosome and the gene is carried by women, but usually doesn’t cause problems in girls or women.  It’s a progressive muscle-wasting disease that affects about 15,000 Americans, usually boys. 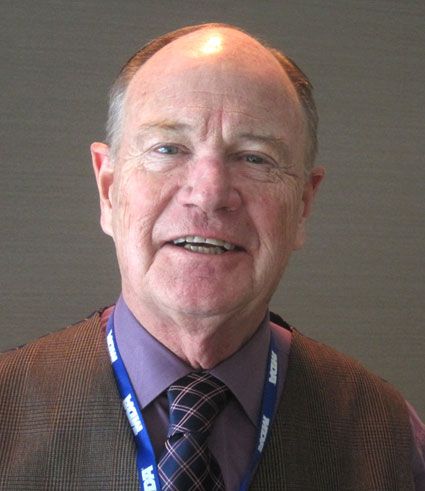 The dystrophin gene was discovered in 1986 and has 79 sections, or exons.  Smith says researchers are focused on trying to, in effect, “pull out the abnormal exon and let the rest of the gene function.”    Smith is encouraged by the “gene editing” research but says he’s even more excited about something called “gene skipping.”

This technique is sometimes called “Skipping Exon 51” and involves patients taking a drug that causes an exon (a gene section) to be deleted or skipped.  It’s been estimated that 13 percent of boys with DMD may benefit from Skipping Exon 51.

“This treatment is an infusion every week intravenously for a long time to continue changing the genes,” Smith says.  “There is a real clinical application to this and the reviews are being done at the Federal Drug Administration level.”

Gillette is on the Cutting Edge of DMD Research

Gillette Children’s is set to be among the first centers in the United States to use the Skipping Exon 51 technique. “We anticipate sometime in 2016 we will have at least three patients in our Gillette patient population that should benefit from the Skipping Exon 51 products,” Smith says.

In another research development, Smith and the team at Gillette are participating in a study to assess if a different type of steroid is helpful in the treatment of muscular dystrophy.  Currently many patients who have muscular dystrophy are taking Prednisone to slow the progression of muscle weakness.

Deflazacort is the most commonly prescribed corticosteroid for the treatment of Duchenne muscular dystrophy in Canada, according to the National Institutes of Health.  “It seems to be kinder.  You get a positive effect with less fat in the face and around the stomach,” Smith adds. He’s hopeful that up to 20 Gillette patients will agree to participate a Deflazacort research study.

Smith says all of the new research should be encouraging to patients who have muscular dystrophy and their families.  “The Muscular Dystrophy Association and Jerry Lewis—when he would run the telethon--instilled this concept of ‘We will find a cure.’  We need to find a way to cure the disease and make it go away.  Crispr-Cas9 may be the cure,” Smith says.

Children who have spasticity, or tight muscle tone, may benefit from an appointment with Gillette's…

Easing Stress for Parents, Caregivers of Kids Who Have Disabilities