Ethan Glides, With a Little Help from His Friends

Ethan Johnson, 7, goes for a practice skate on the public ice rink near his home in Elbow Lake, Minnesota on Friday February 19, 2021.

Though it’s not true for everyone, learning how to skate—or at least attempting to do so—is a staple of childhood for many individuals.

Some will take to it, inexplicably figure out how to do so backwards, grab a stick and play hockey. Others won’t, but just like throwing a ball, sledding, swimming or riding a bike, there are moments in childhood that should be experienced when possible.

Skating is most assuredly one of them.

To see Ethan Johnson, 7, smiling while gliding swiftly across the ice is to witness joy. Masks have made some facial expressions and social cues more difficult to discern, but unbridled happiness has a rather obvious way about it.

The fact that there was a time when Ethan’s parents were told he might never walk on his own, much less skate, makes these moments all the more meaningful. 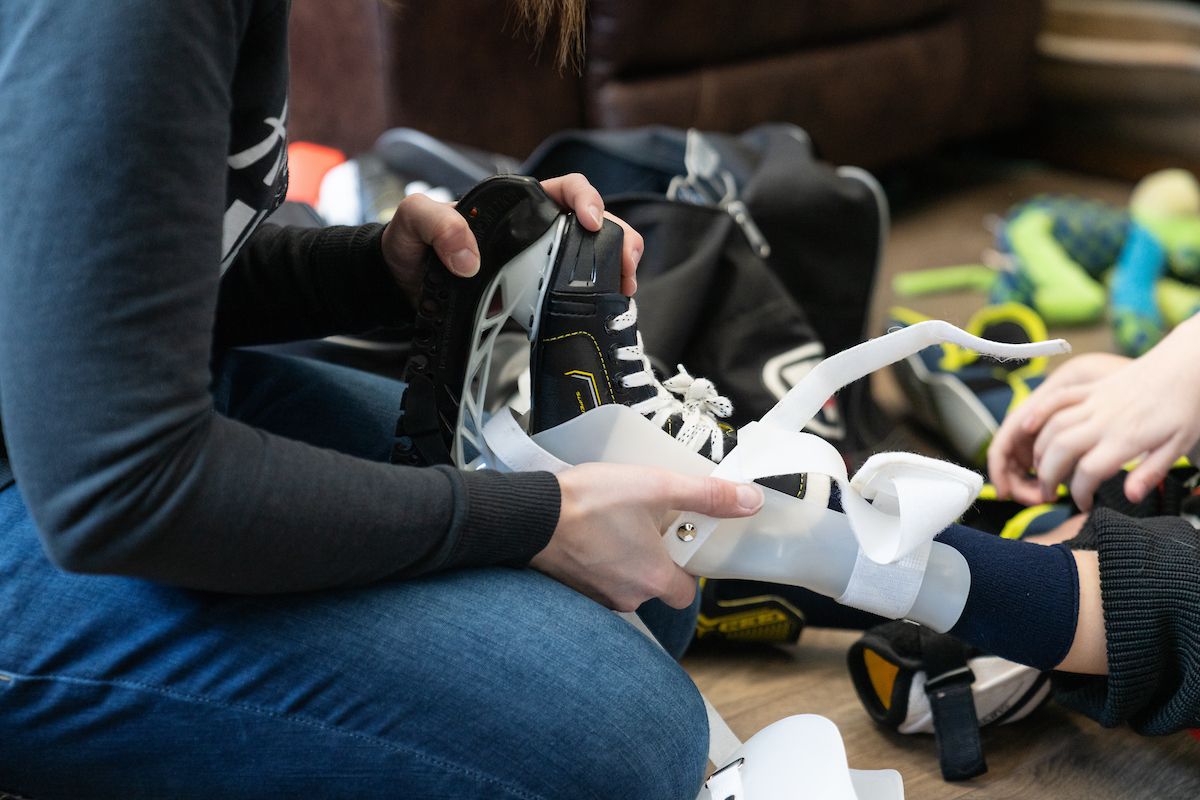 Arthrogryposis is a rare condition that affects 1 in 3,000 individuals. It is a congenital condition characterized by contractures in the joints that cause them to be bent or flexed in a manner that restricts movement. Clubfoot is the most common congenital joint contracture. When this happens in two or more parts of the body, it can be classified as arthrogryposis, or arthrogryposis multiplex congenita (AMC).

“When Ethan was born, he was diagnosed with bilateral clubfoot. Both of his feet were turned inward,” Ethan’s mother, Sarah says. “When he was 9 days old, he got his first set of casts. We started going through the treatment process, but something didn’t feel right. At 15 months, Ethan still wasn’t walking or standing up.”

The Johnsons met with Stephen Sundberg, MD, a pediatric orthopedic surgeon at Gillette Children’s to discuss their concerns.

“I remember that Dr. Sundberg came into the room and took a look at Ethan’s feet. It didn’t take very long, he told us this isn’t clubfoot, it’s arthrogryposis,” Sarah says.

“Arthrogryposis is a difficult diagnosis for a family to receive in the sense that the picture of what the future will bring is not always complete or clear at the outset,” Sundberg says. “Rare pediatric medical conditions often present unique challenges for each patient, but at Gillette, I hope our families feel reassured in the knowledge that many conditions that would be rare at other health care facilities, aren’t always rare for us. Treating many of these conditions is precisely what we specialize in. Arthrogryposis is not a progressive condition, so Ethan’s eventual outcome looked very positive, but he would require surgery to help him be able to walk going forward.” 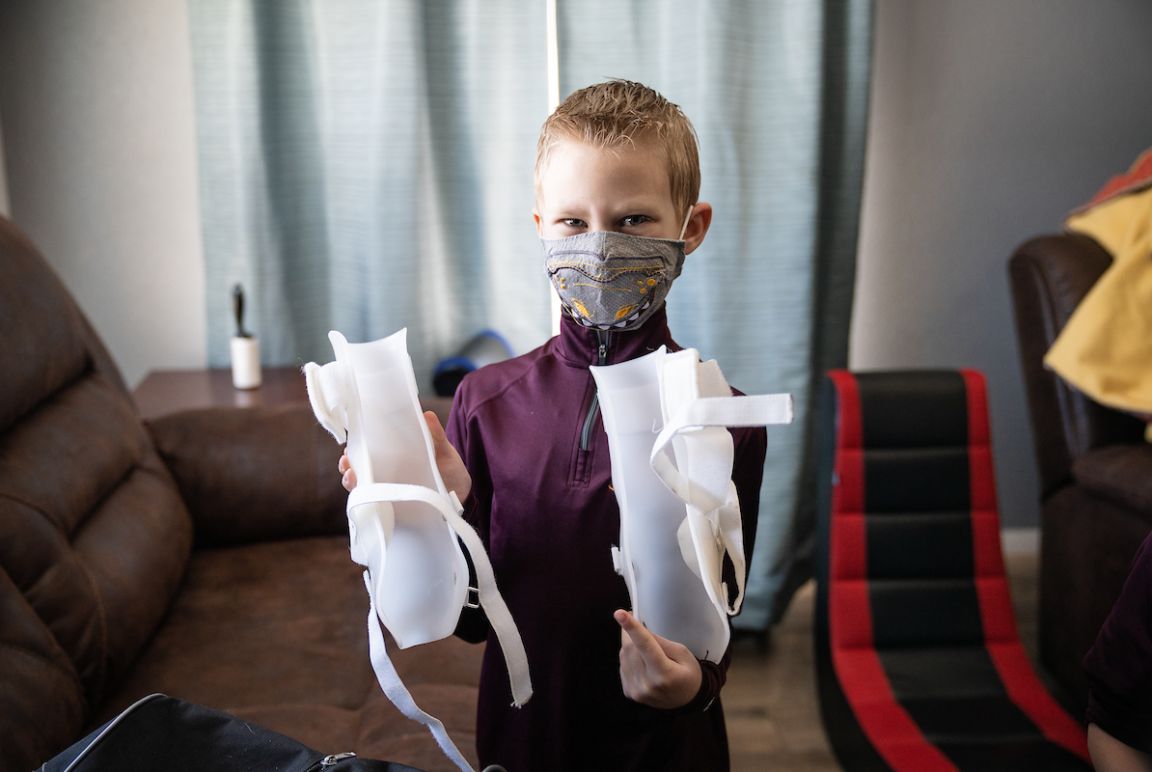 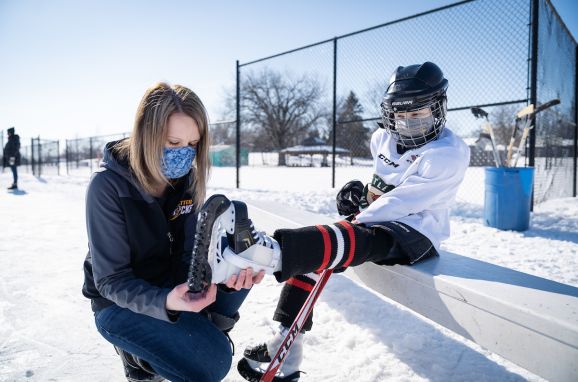 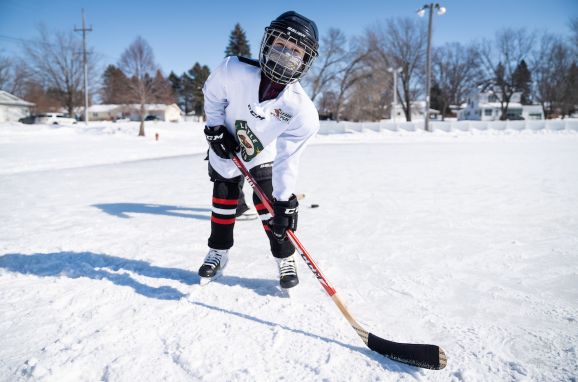 The Johnsons figured out pretty quickly at their appointment that they were talking with the right people.

“Ethan wasn’t able to get a good foot position in his skates and needed additional bracing to give him the leverage required to push off and glide,” Paulson says. “Ross and I met with Ethan’s family and came up with a plan. Everything OPS designs is custom, but the brace we came up with was definitely an 'out of the box solution.'”

An AFO is typically fitted to be worn within a shoe. When it came to skates, it became clear that wasn’t going to work.

“I haven’t played hockey in quite some time, but I remember what skates feel like. There’s not a lot of wiggle room,” Ross says. “We had to figure out what would work for Ethan. We got him a bigger boot that gave him more room in the toe box for us to place a wedge inside of it and we molded an exterior brace for the outside of his skates. I molded it right over his skate while he was wearing it. That was the first time I’ve ever done that.”

Every Time You Touch the Ice, Fly 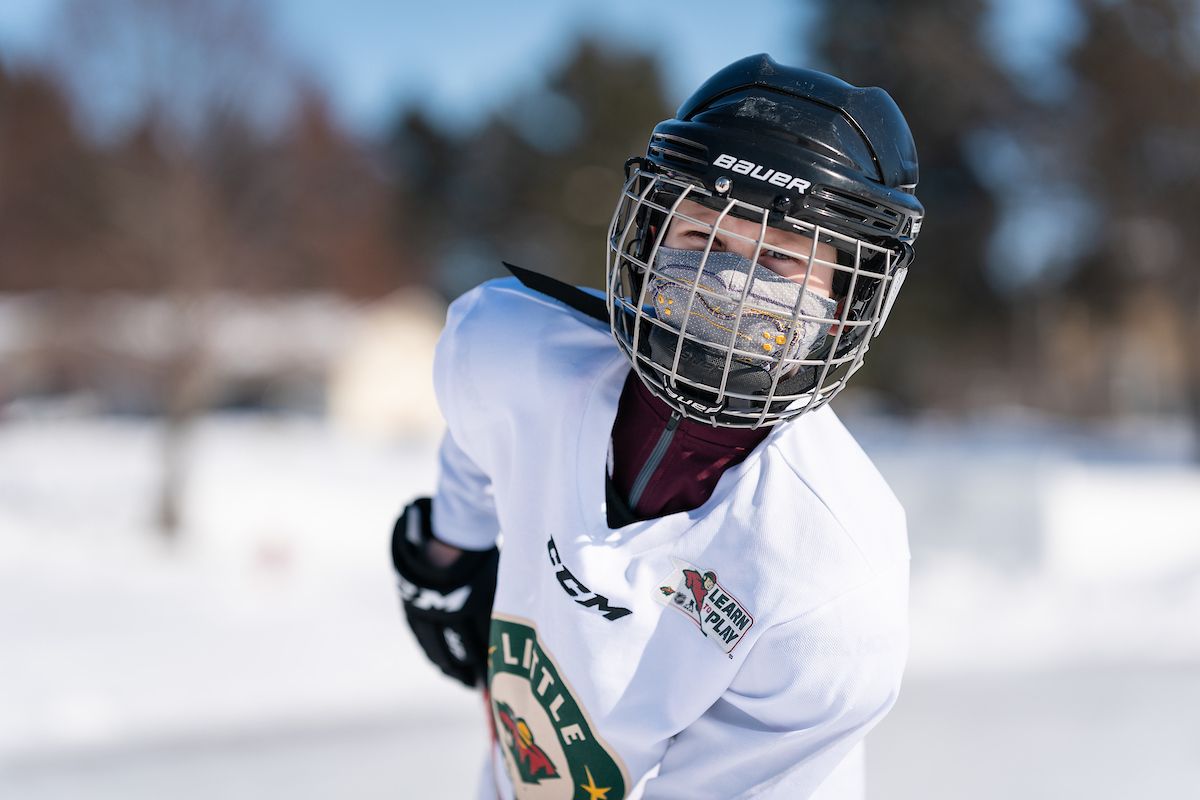 Ethan’s new skates took getting used to at first, but once he figured things out, his parents said it was almost like the skates unlocked something in him.

“The transformation was remarkable,” Sarah and Elliot recall. “Ethan struggled at the first practice. We went out to the rink later with a walker for him to practice on his own, but then he just took off and didn’t need it. To see him gliding around out there for the first time was incredible. Ross Huebner, Dr. Paulson, and Dr. Sundberg have been phenomenal throughout all of Ethan’s treatment. To help him be able to skate too is just really special.”

“At Gillette, we’re just trying to find ways to let kids be kids,” Huebner says. “All of these kids have so much heart and desire. To be able to play a part in helping them accomplish their goals, makes me very proud.”

The Johnson family – (Left to Right) Elliot, Reed, Sarah, and Ethan – pose for a portrait outside their home in Elbow Lake, Minnesota on Friday February 19, 2021. 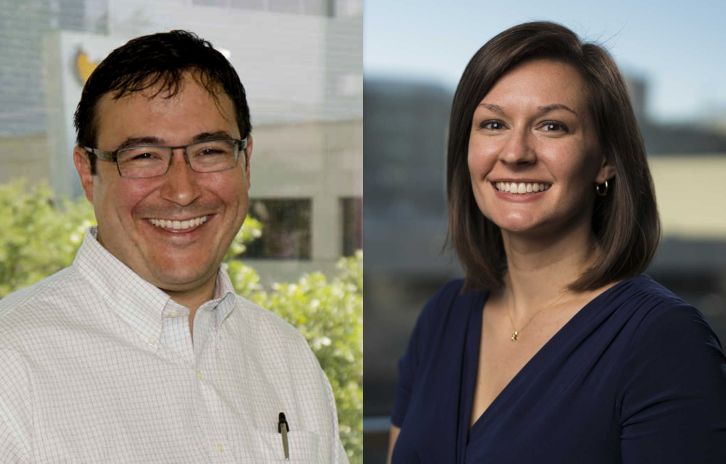 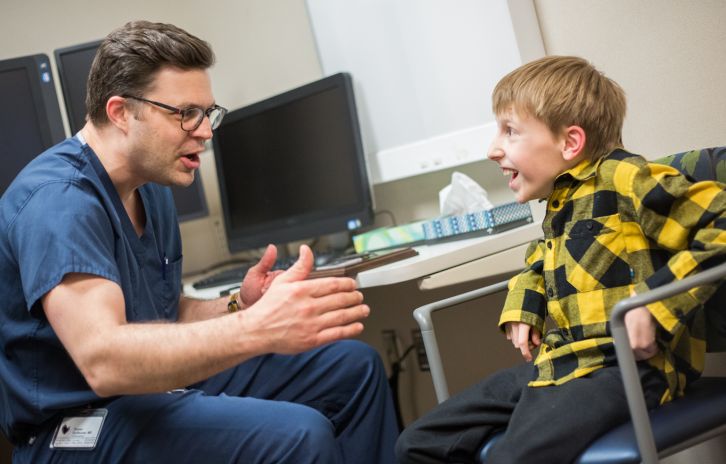 How Joshua Surprised Dr. Guillaume and Almost Made Him Cry 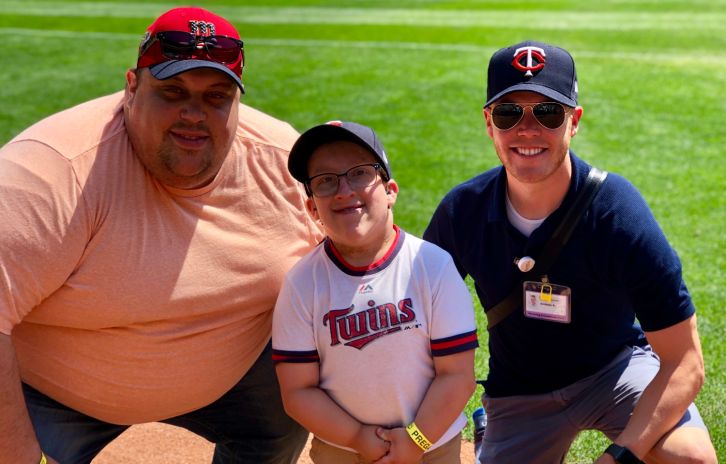