A Gillette physician is cautioning those who are traveling to the Olympics in Rio to take extra care and precautions due to the Zika virus’ prevalence in the region.

Timothy Feyma, M.D., a pediatric neurologist, heeded his own advice in recent weeks when he canceled a trip with his wife, who is pregnant, to southern Florida – an area where mosquitos that carry Zika (Aedes aegypti and albopictus) live. He believes the impact of the virus can be detrimental, especially among women who are pregnant or considering becoming pregnant. He also echoes the Centers for Disease Control and Prevention’s caution, and advises that returning travelers may unknowingly bring Zika back to the U.S.

“For the majority of tourists, the worst they’ll encounter if they get the Zika virus are symptoms similar to a cold or the flu,” Feyma said. “I just worry they’ll bring Zika back with them and pass it to women who are in their early pregnancy.”

Women who have been pregnant while contracting the virus have given birth to babies with microcephaly – a condition associated with an abnormally small head and, more specifically, a small brain. Gillette treats conditions related to microcephaly such as cerebral palsy, seizures and developmental disabilities. The medical needs of children with microcephaly can be extensive. Unfortunately, there is no treatment to reverse microcephaly after it has occurred. There is also no vaccine for Zika.

Sometimes people who get the virus don’t show any symptoms at all. That’s concerning, Feyma said, because people could unknowingly bring the virus back to the U.S. After it’s contracted, men who have the virus can pass it through sexual transmission. Even more concerning, if a mosquito bites someone who is infected, it can get infected, bite other people, and possibly infect them (though such a case hasn’t yet been seen in the U.S.).

“I don’t want to scare people, but one of my concerns is that the virus might begin to spread through mosquito transmission here,” Feyma said. “Fortunately, scientists are hard at work trying to understand all of the real risks.” 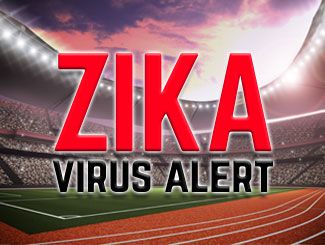 Feyma offers the following tips to those who are traveling to Rio:

For more information on the Zika virus visit the Centers for Disease Control and Prevention.

The arrival of the Zika virus in the U.S. has raised awareness of the hidden…