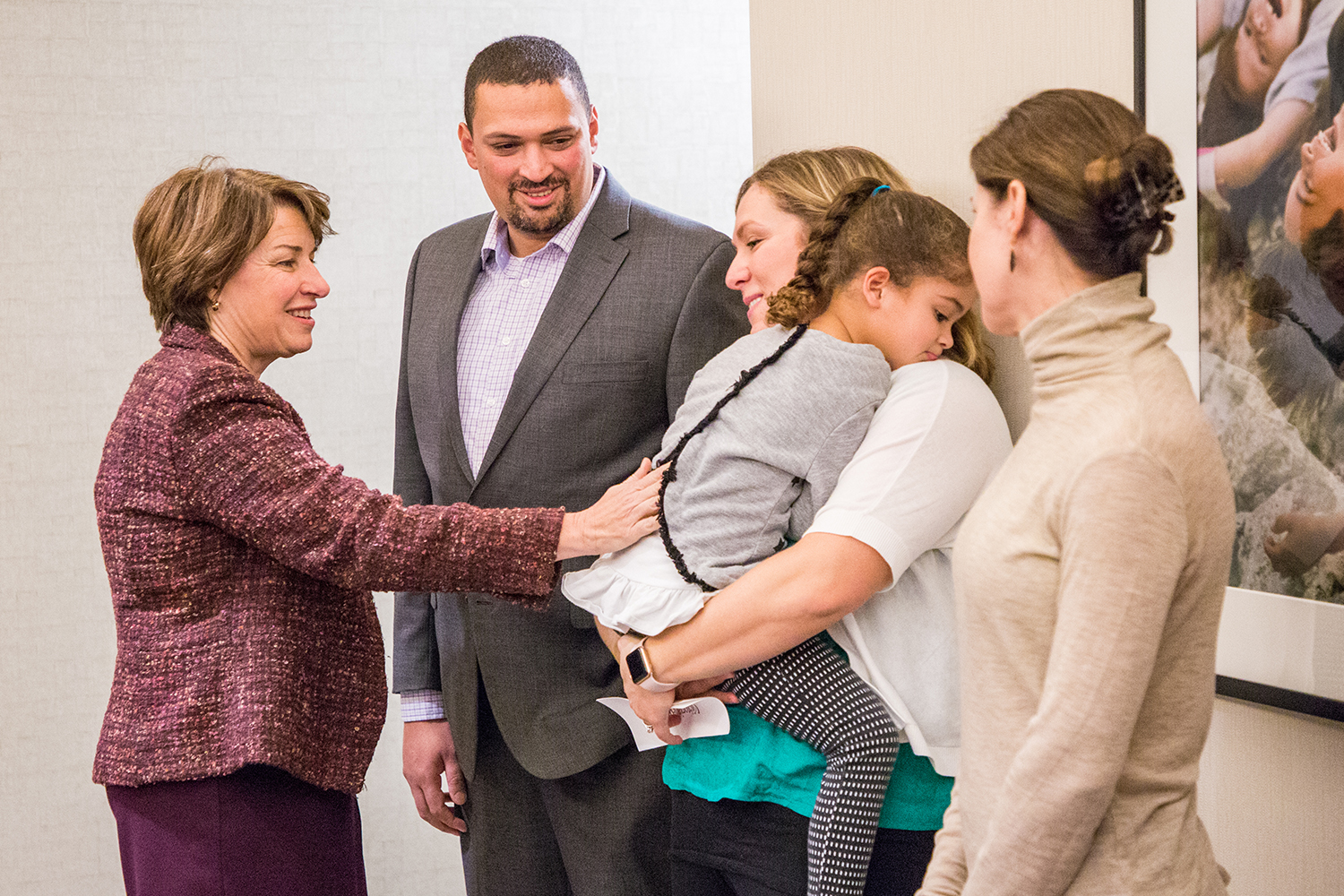 Gillette Children’s is supporting U.S. Senator Amy Klobuchar’s (D-Minn.) push for the Centers for Disease Control  and Prevention (CDC) to increase its investigation into recent cases of a rare, polio-like disorder called Acute Flaccid Myelitis (AFM). The Minnesota Department of Health has confirmed AFM in seven Minnesota children since September 20, 2018.

Klobuchar joined Gillette pediatric rehabilitation physician Angela Sinner, DO, and several families who’ve received treatment and rehabilitation therapies at Gillette for AFM in asking the CDC for more work into pinpointing the disease's cause and to develop new treatments for AFM.

“This situation is so troubling because it’s been going on for quite a while. There was a rash of cases in 2014 and since then more cases have cropped up again, and now we have the first cases found in Minnesota,” Klobuchar says. “We don’t know when this is going to end.”

AFM is not new, but there has been an increase in reported cases since 2014. The CDC confirmed 62 cases in 22 states so far this year. Most of the cases have been in children.

“These families are living with a mystery,” Klobuchar says. “Is AFM caused by a virus, environmental situations, or is it caused by something else? I’m pushing for data so we can understand why this is happening.”

A Need for New Lab Tests and Mandatory National Reporting 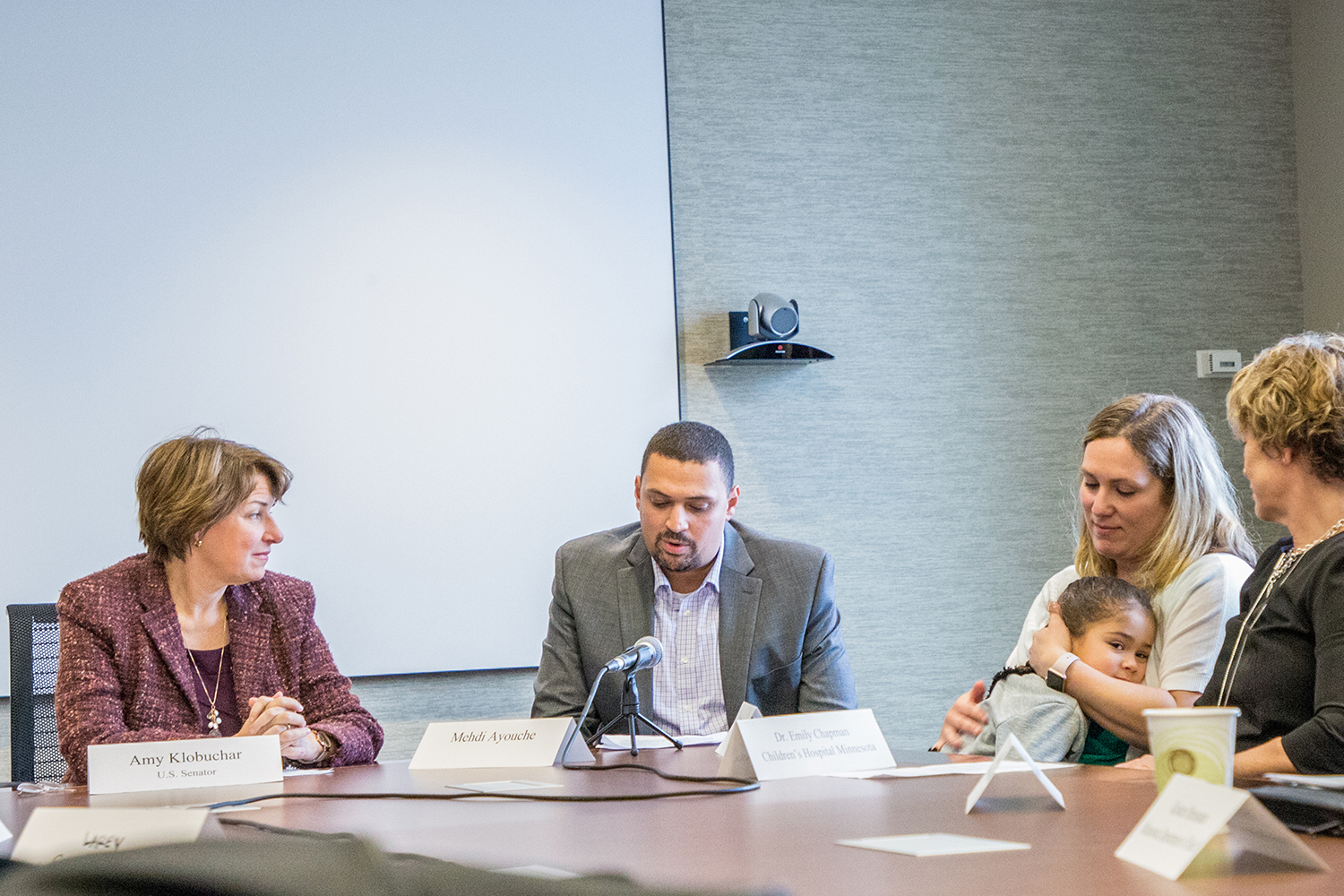 Kristen Ehresmann, who directs the infectious disease section of the Minnesota Department of Health, says that currently no lab tests exist to detect AFM. There is also no national mandate for state departments of health to report and track AFM cases. “There are a lot of unknowns with this illness,” Ehresmann says. “One thing we do know is there's typically a viral illness that proceeds a diagnosis of AFM.”

Mehdi Ayouche’s 5-year-old daughter, Sophia, was diagnosed with AFM on Oct. 1, 2018 and spent several weeks on the inpatient rehabilitation unit at Gillette. He and his wife, Victoria Botvinnik, are grateful for the care Sophia received at Gillette and say it’s critical for the CDC to develop an AFM treatment recommendation.

“We know doctors say this is a rare condition but it’s spreading at an alarming rate,” Ayouche says. He’s calling for a faster and more accurate diagnosis of AFM. “A lot of kids are getting misdiagnosed and sent away. There are parents who’ve been told their kids are suffering from psychological problems and they find out later they have AFM.” 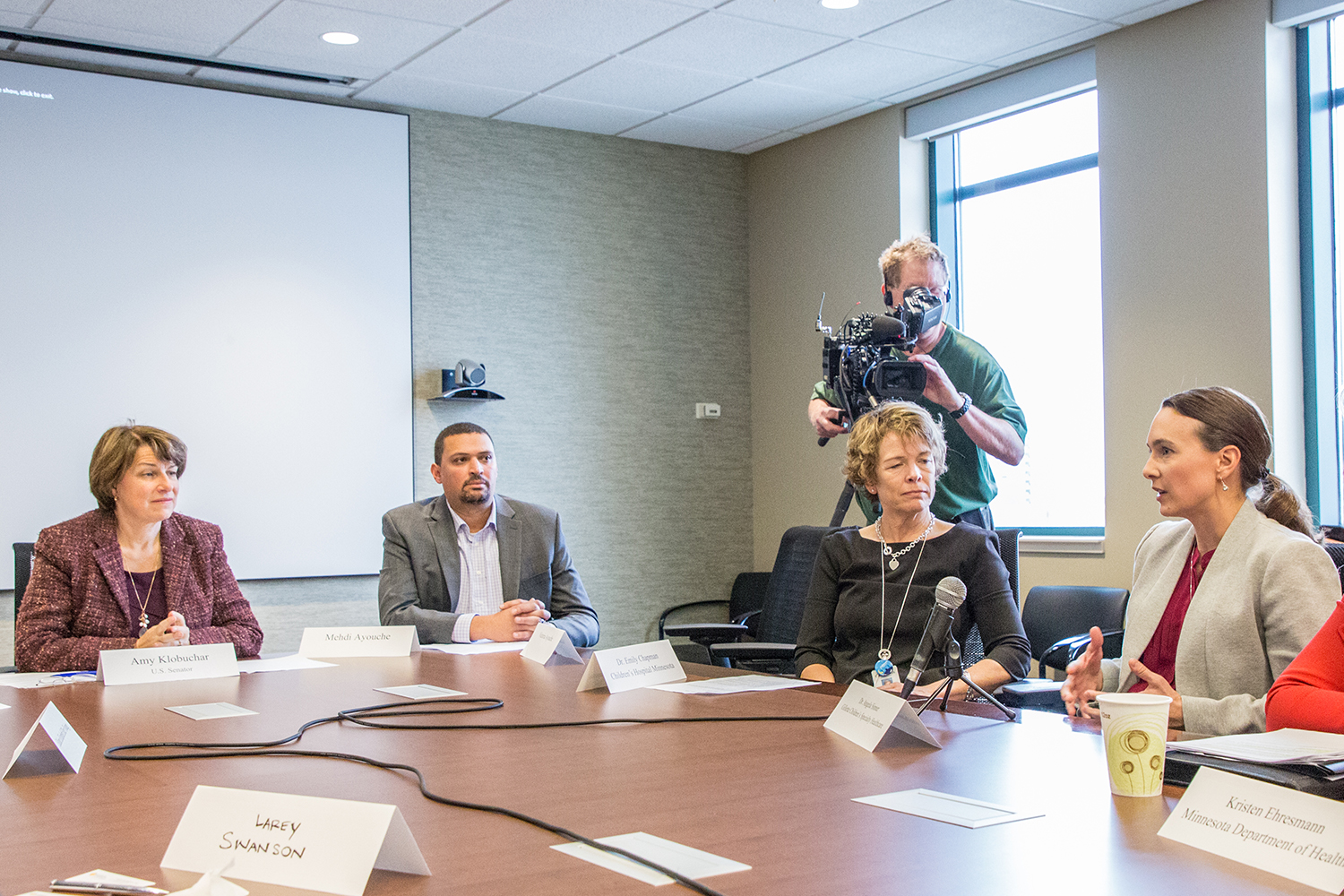 Gillette pediatric rehabilitation medicine physician Angela Sinner, DO, is pleased Senator Klobuchar is calling for more attention and support for families who’ve received an AFM diagnosis. “These families will need ongoing support for months and beyond,” Sinner says. Many families she’s spoken with are concerned about insurance coverage and the added stress of not knowing what the future holds for their child.

“We have restorative devices, pool therapy, expert rehab therapists and surgeons,” Sinner says. “We want to be sure all kids who need the help Gillette offers can access our care.”

Gillette has one of the nation’s largest groups of pediatric orthopedic specialists, a team of skilled pediatric neurosurgeons and the nation’s highest concentration of pediatric rehabilitation medicine specialists. This makes Gillette uniquely qualified to help children who have been diagnosed with AFM. 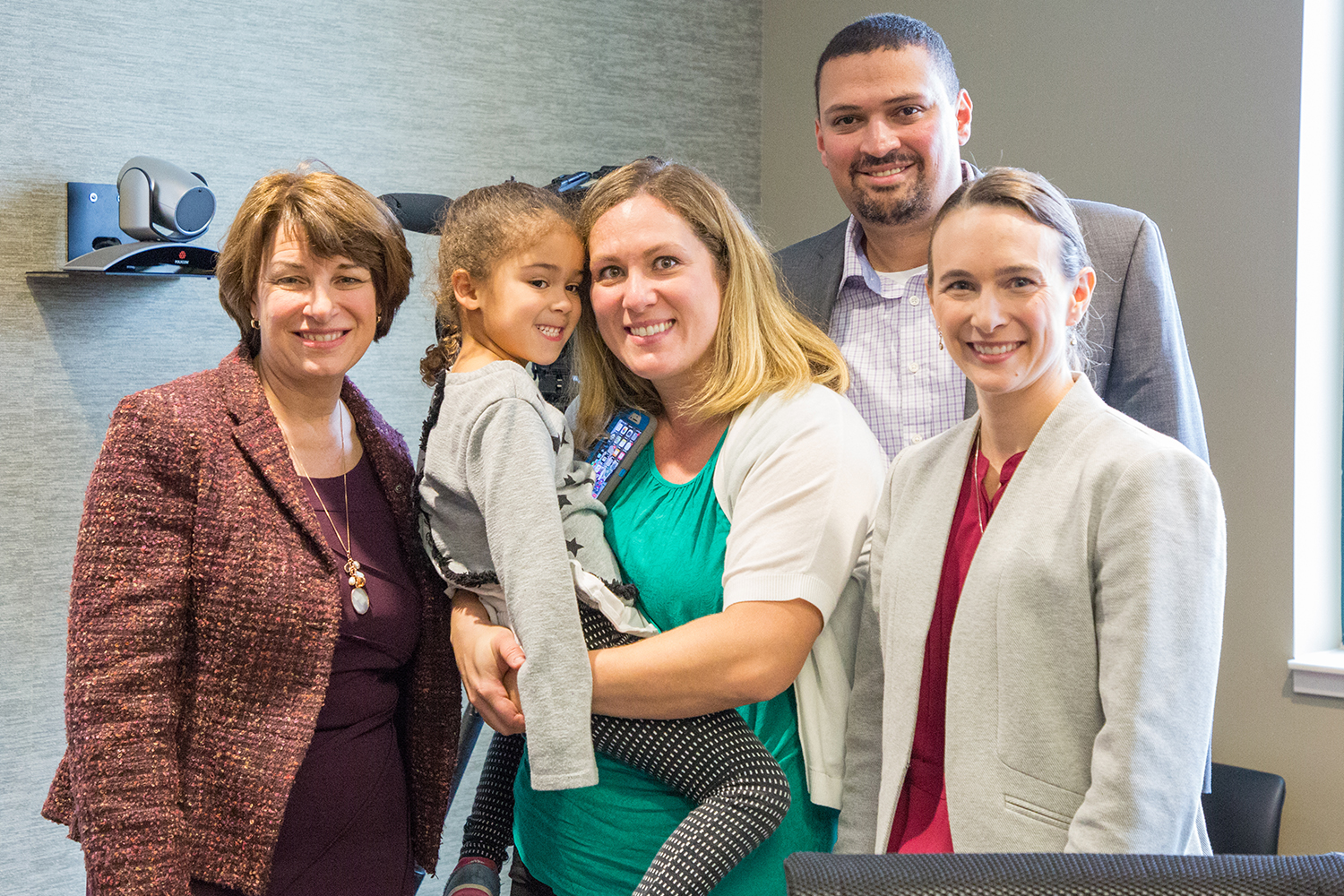 A researcher from the University of Minnesota has identified a virus associated with acute flaccid myelitis (AFM),…

A researcher from the University of Minnesota has identified a virus associated with acute flaccid myelitis (AFM), a rare, polio-like disorder that can cause sudden paralysis in children. Most of the Minnesota children diagnosed with AFM last fall received treatment at Gillette.