It took months of coordination by Gillette staff, a series of flights from Venezuela, a seven hour surgery, weeks of intensive physical therapy, and thousands of prayers to reach this moment.

Twelve-year-old Yael Wahnon stood up from her wheelchair and willed her legs to take a few tentative steps during her last visit with orthopedic surgeon Tom Novacheck, M.D.

“It’s amazing, spectacular!” Yael’s mother, Nathalie, exclaimed through an interpreter.  “When she came here she could not stand up or really even sit up straight in her wheelchair.  Now she’s standing!”

Yael’s medical journey began when a friend told the Wahnon family about Gillette’s reputation as a world leader in caring for patients who have cerebral palsy.  Nathalie Wahnon explains there are few, if any, good options for Yael to receive care in their native Venezuela.

“We took Yael to private clinics in Venezuela but the treatments there are not the same and not as good as Gillette,” Nathalie says.

The Wahnon’s wrote a letter to Gillette requesting care. Several months later, in March 2015, they met Novacheck during a telemedicine appointment.  The video conference had two purposes.  First, it allowed Novacheck and the Gillette medical team to evaluate Yael’s condition.  Medical records from other countries can often be misinterpreted and missing key information.  Second, the visit enabled the Wahnon family to see the team who would be providing life-changing surgery for their daughter.

Novacheck says his first impression of Yael during the telemedicine session was that she was in need of help. “Her function was going downhill fast.  She was losing the ability to stand and take steps.  Her knees were crossing and she was very weak,” he says. 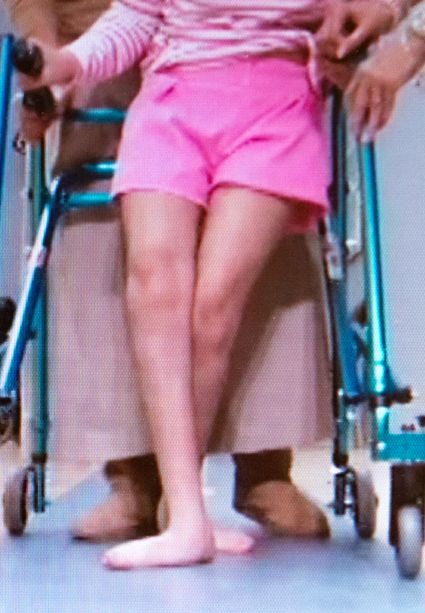 From Venezuela to Minnesota

Once the telemedicine appointment confirmed Yael was a good candidate for treatment, the Gillette international team arranged for the necessary paperwork, visas and logistics. Eight months later, on Nov. 30, 2015, Yael, and her family arrived in America.

Novacheck performed five surgeries on Yael in a seven-hour session.  As part of the surgery he inserted metal implants in both her legs which will have to be removed sometime next year.

Yael’s father, David, stayed for her surgery but had to return to work and care for his two sons back home. Yael is a triplet and the time apart from her family during her long stay at Gillette has been difficult.  When asked what she misses most about Venezuela Yael simply says, “Mi Pappi!” Her daddy.

Words On Paper Can Stay Forever

Yael’s mother, Nathalie, is amazed at her daughter’s physical progress and is profoundly grateful to Gillette.  She was compelled to write a letter to Novacheck and his team expressing her appreciation because it’s the only way should could properly express her thanks.  Nathalie worked with a Gillette translator so Novacheck and the Gillette team could read the letter in English before Yael’s last clinic visit.

Nathalie says she wrote the letter because it’s the only way she could think of to properly express her thanks. “We don’t have much money or material things.  I want to let everyone at Gillette know from my heart that I am truly grateful.  Words on paper can stay forever.  That’s why I wrote the letter,” she adds.

“Words are not big enough to thank you for everything you have done for our daughter Yael.  No word is good enough to express our gratitude for helping our daughter have a better quality of life and to overcome the challenges she’s had since birth.” --Nathalie Wahnon

Novacheck is touched by Nathalie’s letter. “I have never received such a gracious note.  She recognized, appropriately, the many contributions numerous members of our team delivered and the high quality of care she received,” Novacheck says. 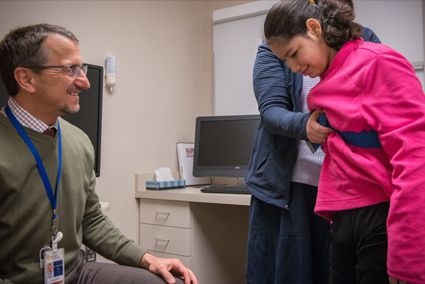 Nathalie Wahnon can hardly wait for her husband and sons to see Yael’s progress when they return to Venezuela.  “She has changed so much.  Her legs are not the same as they used to be,” Nathalie says. “Her legs were collapsing. When she was standing her legs collapsed a lot. Right now her legs are pretty straight and when she’s standing she looks taller.”

Yael’s improvements are the result of her complex surgery and the hours she spent working with Gillette physical therapists.  She had PT sessions at least once a day—five days a week.  “Of course at first the therapy sessions were very painful right after the surgery,” Nathalie says.” The therapists helped Yael achieve a great deal and went above and beyond.  They always wanted to make sure she was comfortable and the therapists were so kind.”

Novacheck says Yael will spend the next nine months regaining her strength.  “She’ll return to Gillette sometime next year to have her implants removed,” he says.  “During her visit she’ll work with our physical therapy team to gain further strength, flexibility, and mobility.”

Nathalie says her experience at Gillette has been “like a dream—a dream that has come true thanks to everyone’s kindness and dedication to helping those in need.”