Joslyn Jane Rogers is a cheerful, enthusiastic 11-year-old. She has many interests including reading, gaming, swimming and baseball.

She is talkative, well-spoken and has a penchant for using the word "literally." Unlike most adults, she uses the phrase correctly.

Joslyn also has cerebral palsy (CP) and she's been a patient at Gillette Children’s since she was 1.

Joslyn was born at 26 weeks. She was just 2 pounds and 3 ounces at the time of her birth, and she and her family spent the first 75 days of her life in a neonatal intensive care unit (NICU).

"It was a very difficult time," Joslyn's parents, Jessica Disbrow and Timothy Rogers recount. “Joslyn was born the day before Halloween in 2011. We spent her first Thanksgiving and her first Christmas in the hospital.”

After navigating Joslyn’s stay in the NICU, her parents were finally able to take her home.

Throughout Joslyn’s early development she had many therapy appointments due to her premature birth, but as she grew, she began missing certain developmental milestones. Jessica and Timothy say that while they were concerned, it wasn’t until an appointment with a therapist at Gillette that they heard a medical professional mention cerebral palsy.

“We were contacted by Gillette prior to Joslyn’s first birthday with a message about following up with families who had children who were born prematurely,” Jessica says. “Joslyn has an older brother. Every child develops differently, but she wasn’t doing many of the things he was doing when he was around the same age. We made the appointment at Gillette and when the therapist told us that Joslyn may have cerebral palsy, it was overwhelming to say the least.”

When Joslyn received additional testing and her diagnosis was confirmed, her family set out on a course of treatment at Gillette that is unique for every patient and family.

CP isn’t just one condition. CP is caused by a brain injury or atypical brain development that happens around the time of birth or early in life. The condition classifies a spectrum of disorders that affect a person’s ability to move and maintain balance and posture.

In some infants, symptoms are evident soon after birth. In others, a CP diagnosis comes in later infancy or toddlerhood. CP is a permanent condition, but early intervention and appropriate treatment of CP helps children improve their abilities and ease their symptoms.

For Joslyn this meant extensive therapy and injections to relieve the spasticity, or tightness in her muscles. But at the age of 4, it became clear that additional care in the form of Selective Dorsal Rhizotomy (SDR) surgery was needed.

Selective Dorsal Rhizotomy (SDR) surgery is a process of targeting and removing the faulty nerve roots in the spinal cord that are misfiring and causing muscle tightness in children who have CP.

Muscle tightness can be both friend and foe, simultaneously holding you up while also holding you back. SDR surgery effectively relieves the spasticity of the muscles, the only problem being that now you have to learn how to use muscles you’ve never really used before. The rehabilitation process requires carefully scheduled physical and occupational therapy that usually lasts for 4-6 weeks.

“Joslyn was working with the body she had up to that point,” Jessica says. “She had to learn how to walk all over again. It takes time and you see the progress, but it can be slow and incremental.” 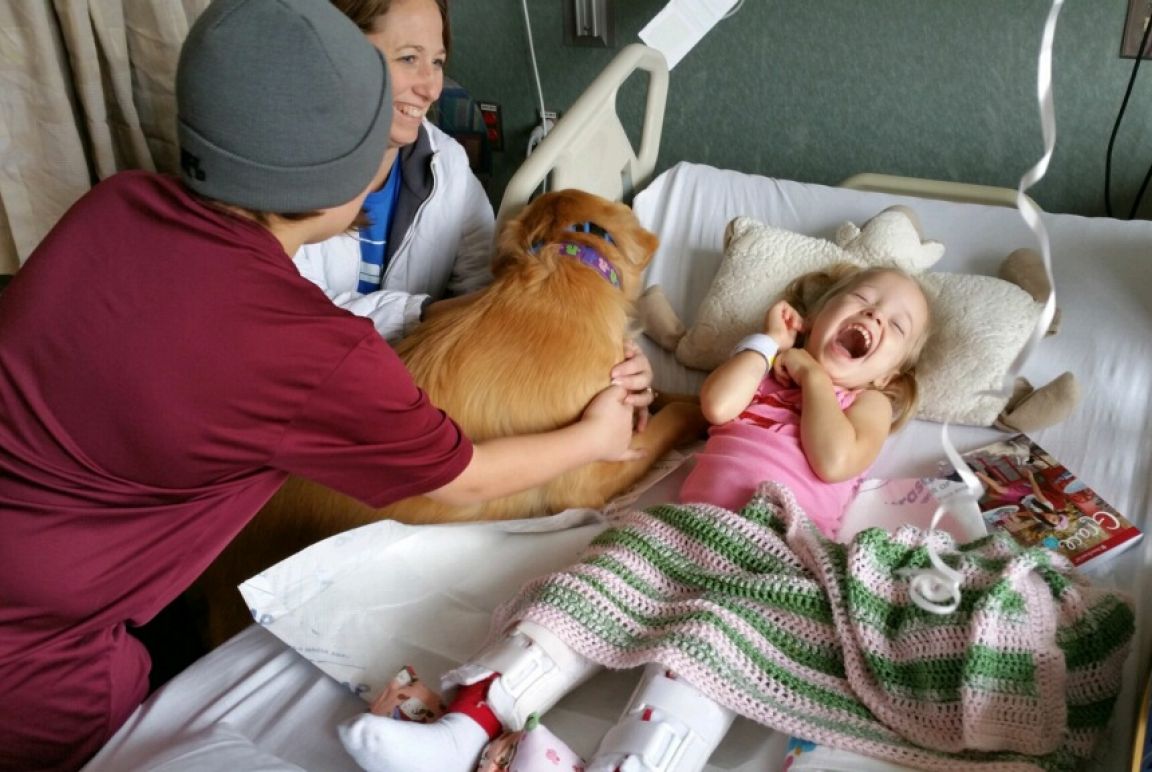 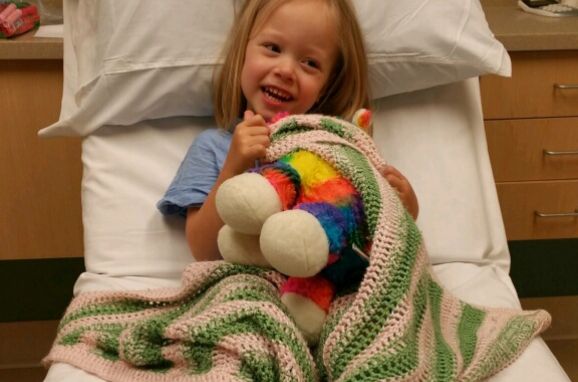 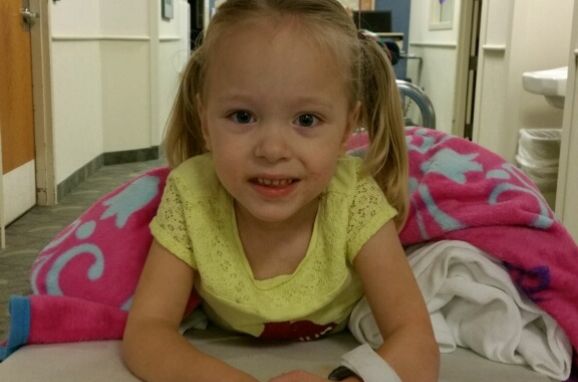 After her surgery and rehabilitation stay at Gillette, Joslyn continued in her recovery with additional therapy.

Throughout that process, she and her father Timothy attended a Minnesota Twins game on a Sunday afternoon. For the past five years, every Sunday home game at Target Field has featured a Gillette patient scoring the first honorary run of the game down on the field.

“I’m not sure who the patient was, but it was the first time we’d seen the event and a Gillette patient running from third base to home with everyone cheering,” Timothy says. “Joslyn was in a wheelchair at the time, and she told me that someday she wanted to be strong enough to do that, too. I think that was very motivating for her. She still talks about it and it’s something I’ll never forget.”

Home for the Holidays

Having missed Christmas at home multiple times in her life due to hospital stays, she was thrilled to be discharged just prior to the holidays this year, but not before she received a visit from Target and the Minnesota Twins. 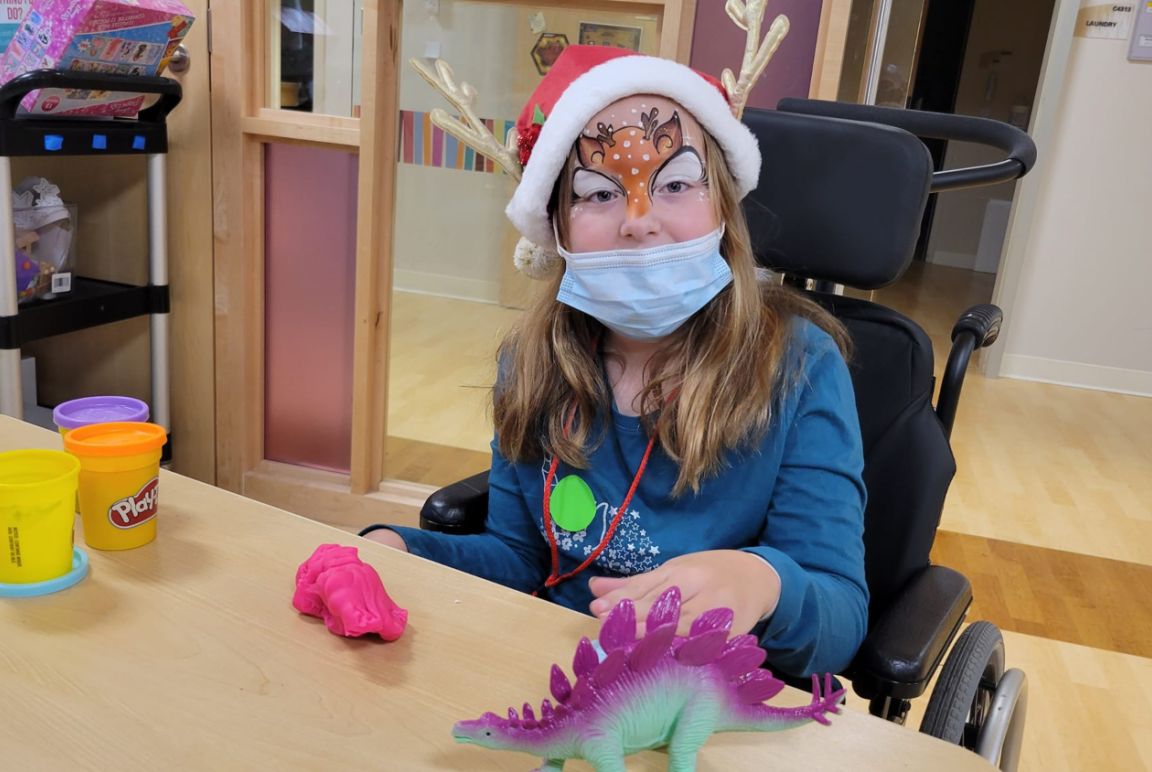 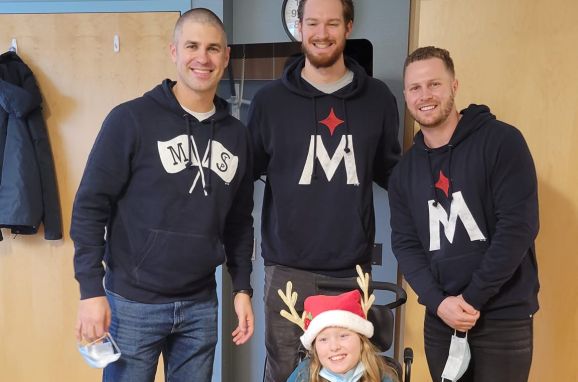 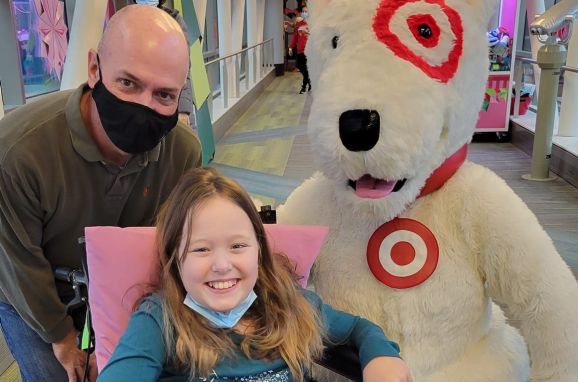 Target and the Twins have hosted Bullseye and T.C.’s Winter Wonderland event at Gillette for years, and it has become a yearly highlight for Gillette’s patients, families and medical staff.

“When your child is in the hospital around the holidays, any break from the regular routine is very much appreciated,” Timothy says. “Having Joe Mauer, Bailey Ober and Ryan Jeffers show up to give her a gift and say hello was a wonderful surprise." 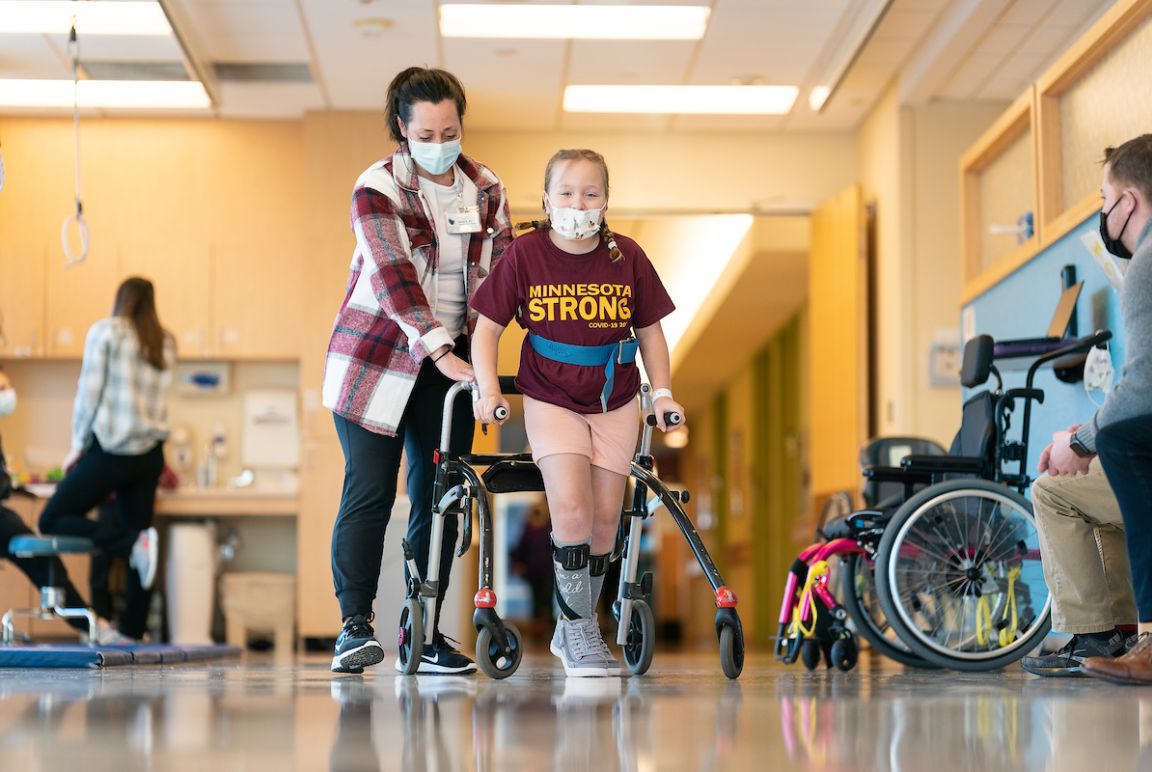 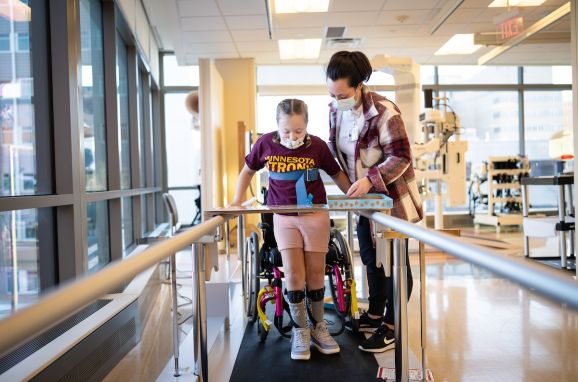 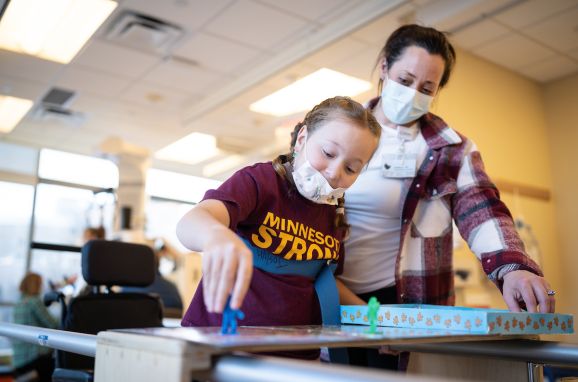 Joslyn’s mother Jessica says that’s the type of collective environment of support around the margins of medical care that Gillette provides for families.

“Gillette provides care for your child, but they also provide access to a community of people, resources and tools that you don’t know about until you need them. They’ve helped connect us with many organizations through the years that bring together parents who have children going through similar challenges. It’s kind of a blessing to know that you don’t need to do it alone.”

Joslyn Rogers, one day before heading home for the Holidays.