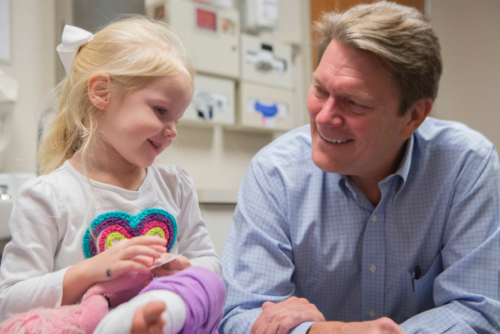 Katelyn Hall is 4 years old. Imbued with an independent, precocious spirit, she’ll proudly tell you about the large “collection of princesses” she’s amassed in her short time on this earth.

However, her mother Karey can tell you about Katelyn’s uncertain start in the world. As Hall recounts, they almost didn’t notice it at first. When she was born, Katelyn’s left leg was missing two toes and had an abnormal, rainbow-like bend to it.

“No one at the clinic had ever seen anything quite like it before,” Hall says. “But as a parent, you just want your child to be healthy. So a couple of missing toes seemed like a ‘could be worse’ situation.”

But when Katelyn developed labored breathing and was transferred to a Twin Cities hospital, Hall and her husband would eventually learn that Katelyn had fibular hemimelia, a rare congenital disability.

From there, the Halls would begin a journey that would be years in the making. 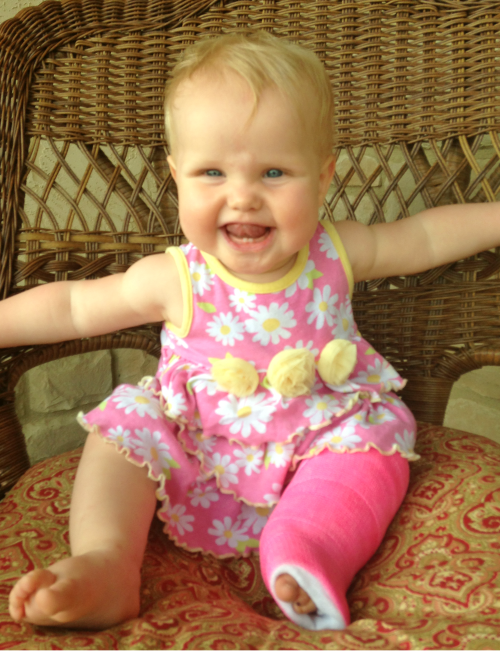 By the most current estimates, fibular hemimelia occurs in one of every 40,000 births. For context, the current population of Minnesota is 5.4 million people. If you divide that by 40,000, you get 135. Do that math with Minneapolis, the answer is 10.

At the time of Katelyn’s birth, the Halls were living in St. Peter, Minnesota, population 11,000.

“There weren’t exactly local support groups,” Hall says. “Katelyn was our fourth child, so we thought we had things down at that point. Getting this kind of rare diagnosis was overwhelming, and at first we weren’t exactly sure who we should talk to.”

Luckily, one of Katelyn’s neonatologists had mentioned Mark Dahl, MD, an orthopedic surgeon at Gillette Children’s. Like any parents, the Halls wanted the best care possible for their child, so they also started doing research online.

“There’s actually a very active online support community for parents of children who have Katelyn’s condition,” Hall says. “We looked into the various centers around the country that specialize in treating it, but the one with the most positive feedback just so happened to be in St. Paul at Gillette. We took this as a sign.” 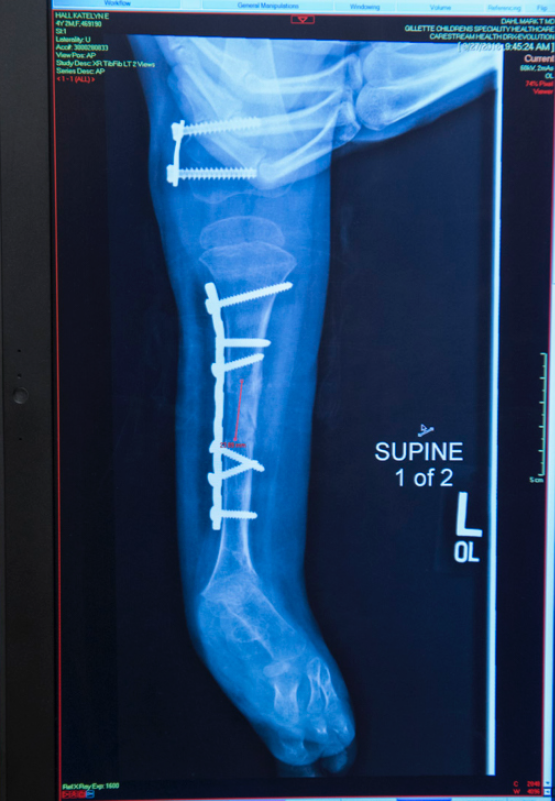 Children born with fibular hemimelia have an underdeveloped, or in some cases, entirely absent fibula bone. This typically means that there is a discrepancy between the length of a child’s healthy and affected leg, which only increases with age.

The main course of treatment historically for children who had the condition was amputation of the affected limb. Today, limb lengthening is an option for some children.

Dahl and his team at Gillette are international leaders in limb lengthening and deformity correction, and care for patients from all over the world. Dahl says that much of their success is due to the fact that each child and family are treated in a “uniquely personal way.”

The Halls met with Dahl when Katelyn was 6 weeks old and again at 6 months.

“He determined that Katelyn was a candidate for surgery,” Hall says. “But he also explained that this would be a long road.”

Katelyn would require surgery and rehabilitation to lengthen her leg when she reached 4 years of age, and would require additional procedures when she turned 8 and 12. Plus, there was an added wrinkle. The Halls would be moving to Ohio.

“Dr. Dahl told us that these types of procedures required frequent monitoring,” Hall says. “He said that he wouldn’t feel comfortable performing the surgeries unless we committed to flying back to Minnesota periodically during this time. We were so happy with the care that we had received at Gillette already. It was a pretty easy decision.”

Back, Forth, and Progress

Katelyn had her first surgery to lengthen her leg in July 2016, and returned to Gillette in September for additional procedures. Hall remarks that she has remained tenacious throughout all of this time.

“As parents, you’d go to the end of the world for your children,” Hall says. “But what you don’t always anticipate is how much strength and courage your kids bring to the table. Even with the difference in the length of her legs, Katelyn was walking at 15 months. She’s always found a way.”

The Halls know that Katelyn will need additional lengthening procedures as she grows. They credit Dahl and their Gillette team for supporting them during this process.

“Katelyn loves coming to Gillette,” Hall says. “It’s not just that we usually take her to Mall of America to buy her a new princess every time we come here—though that probably doesn’t hurt. All of the staff, from the doctors and nurses to the child life specialists and greeters, has gone out of their way to make us feel welcome. We can’t thank them enough." 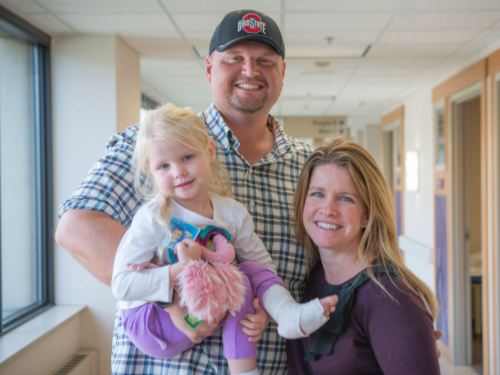