By Andreas Aarsvold and Nick Hanson, but mostly, Bridget Madich 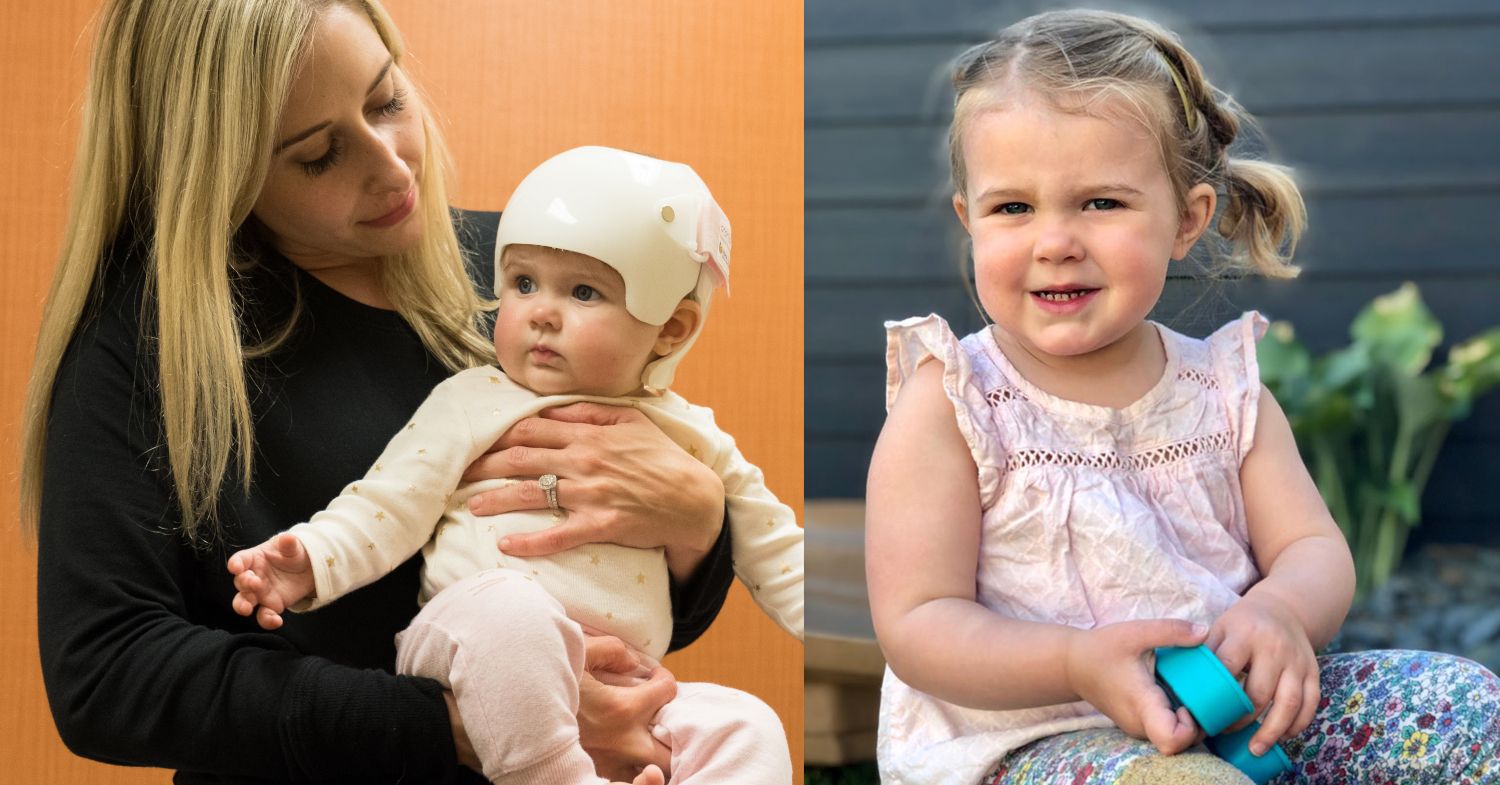 A little more than two years ago, Bridget and James Madich welcomed Marlowe into the world. They found out she had plagiocephaly (also known as flat head syndrome) when her primary care doctor noticed a flat spot on the back of her head during a checkup. The Madich’s ended up at Gillette and decided to get a CranioCap to correct the shape of her head. Bridget says it was definitely the right choice.

“Looking back, we’re so happy we used Gillette to help correct Marlowe’s plagiocephaly,” she said. “Having her wear the helmet wasn’t always easy, but it was never hard. Looking back, the time she spent wearing it feels so brief and it was absolutely the right decision.”

Read more about Madich’s initial plagiocephaly journey and diagnosis below:

Though some may claim that beauty lies in the eye of the beholder, upon meeting Marlowe Mary Madich, one fact becomes immediately clear: the kid is freaking adorable.

She’s eager to smile, yet surprisingly stingy with her giggles. But her penchant for dancing along to “Shake Your Groove Thing” wins over just about any room pretty rapidly. 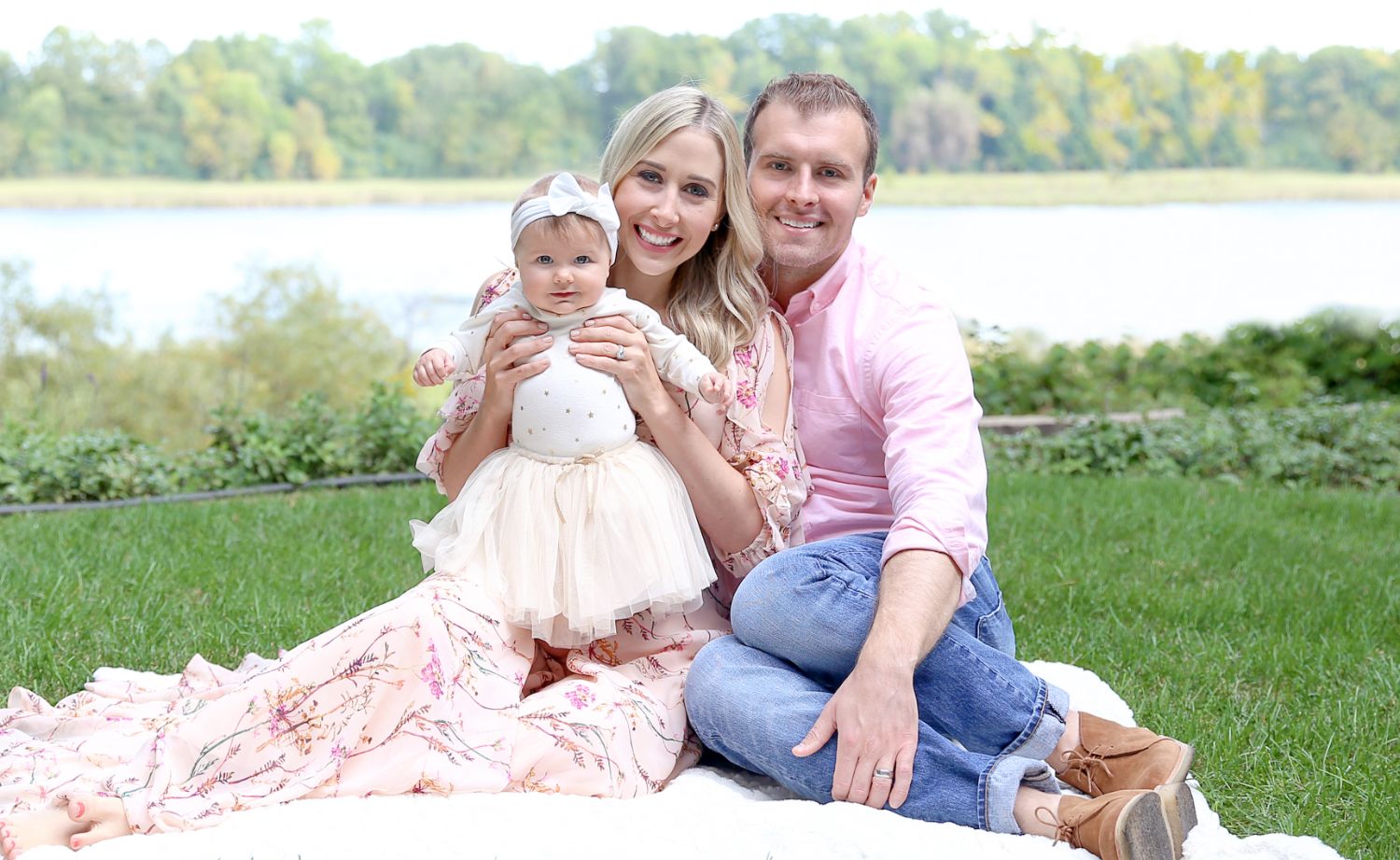 Marlowe’s mother, Bridget Madich, will tell you that having Marlowe has been more of a blessing than she could’ve imagined. Though, it has not been without some challenges along the way.

I’ve always known that I wanted to have children, but I kind of secretly (or maybe not so secretly), wanted to have a girl. I always dreamed of baking cupcakes and watching Beauty and the Beast with my daughter. When my husband Jim and I found out we were pregnant, I tried not to get my hopes up. Then, just like that, we were at our 20-week appointment hearing the news that it was a girl.

As the pregnancy progressed, we did our best to prepare for the changes that having a child would bring into our lives. As a lot of other first-time parents do, we did our research. We read books and articles, and sought out the advice of our friends and family who had kids. As the due date grew nearer, we felt like we were as ready as we could possibly hope to be.

Then Marlowe was born. 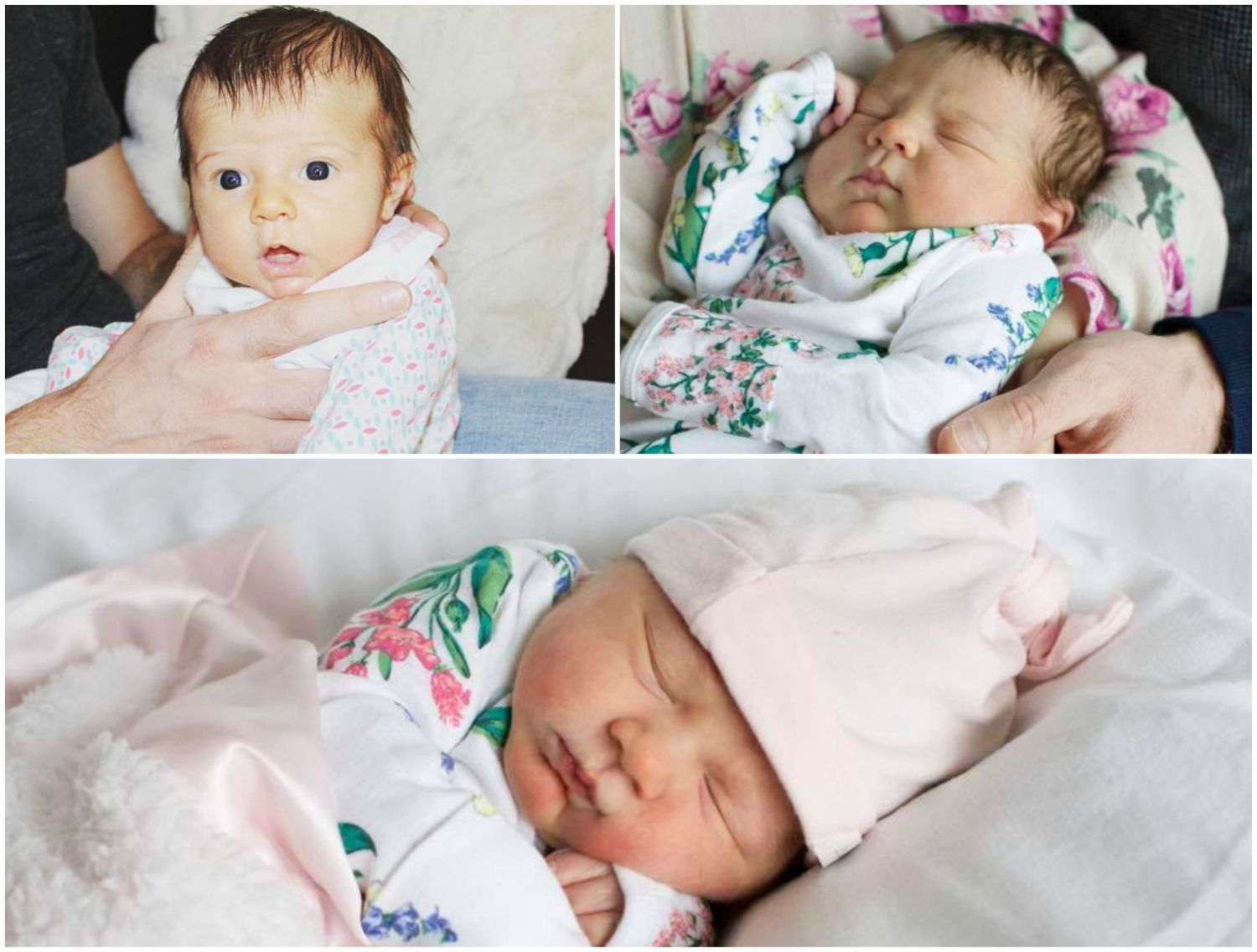 I went into labor on a Wednesday night. Marlowe wasn’t delivered until Saturday morning. It was a tough few days.

We hadn’t slept at all, and the hospital had no nursery. She cried in our room the entire night despite our desperate attempts to make her comfortable.

I don’t want to belabor (see what I did there) the point as far as the difficulty goes. We just had no idea what we were getting into. I think part of that is unavoidable, but I also feel like it’s due to the way we often romanticize the experience of having a child.

Personally, I blame my co-workers. Their accounts of maternity leave painted this idyllic portrait of cuddling and Netflix. I didn’t watch TV for five months and was desperate for a Netflix binge.

Those first few weeks, Marlowe had trouble sleeping and she wouldn’t take a bottle. We had to use a finger feed just to get food into her. Jim and I were both so tired and overwhelmed, it took us a while to figure things out.

Eventually, things got easier and we became more confident as parents, but even as you find solutions to some problems, new issues arise to take their place. And then we arrive at plagiocephaly.

I worked at Gillette Children’s. It was in marketing, but still, I felt like my proximity to pediatricians had given me a certain amount of knowledge. But at our two-month checkup, our pediatrician noticed Marlowe was developing a flat spot on one side of the back of her head.

It took me by total surprise.

Once it was pointed out it was obvious and I started to look for every opportunity to keep her off of that side of her head. That included shifting her head in the middle of the night. If you haven’t ever tried to move a sleeping baby’s little noggin, it’s treacherous stuff.

We did the best we could, but when her four-month visit came up, we could see it wasn’t getting any better. Having worked at Gillette, when the topic of a CranioCap was introduced, I knew exactly where we needed to go.

We went to see Gillette specialists and they told us that Marlowe’s plagiocephaly was mild, and we could elect to go for the cap or wait and see. We didn’t want to risk it, so we made an appointment to get fitted for the cap. 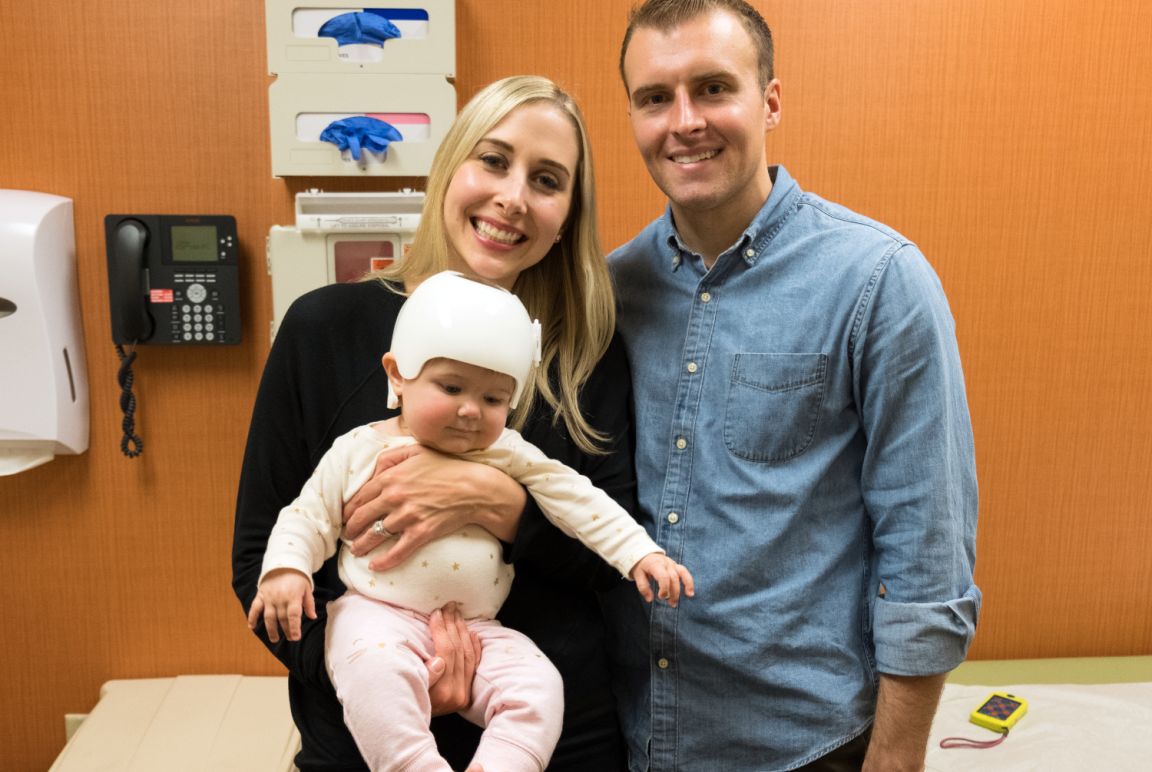 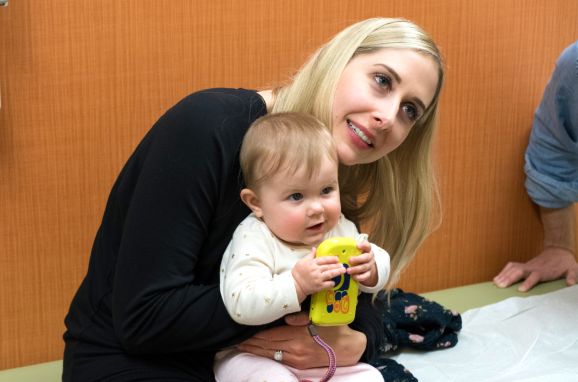 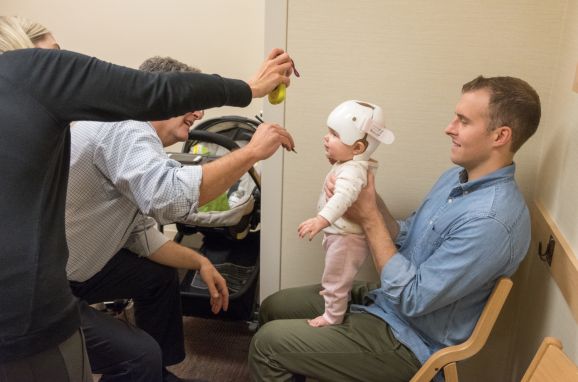 The process went really smoothly. The orthotics, prosthetics and seating team at Gillette took a 3D scan of Marlowe’s head, and used a 3D printer to create an exact model of it. Then they molded the cap around that.

Once we got the physical cap a couple weeks later, we went in for a fitting where a few adjustments were made. We got our instructions, and voilà! Marlowe had her newest accessory. I made sure to order a bow on Etsy to doll it up a bit.

About a week into wearing the cap, she got a small scratch on the side of her face from the cap rubbing her cheek – they are pretty big after all.

Panicked, I of course called their after-hours care. The nurse that I spoke to was awesome. She paged Gillette staff despite the late hour to confirm we should be seen the next morning. I was so impressed by how quickly everyone responded and in the end, Marlowe was just fine. 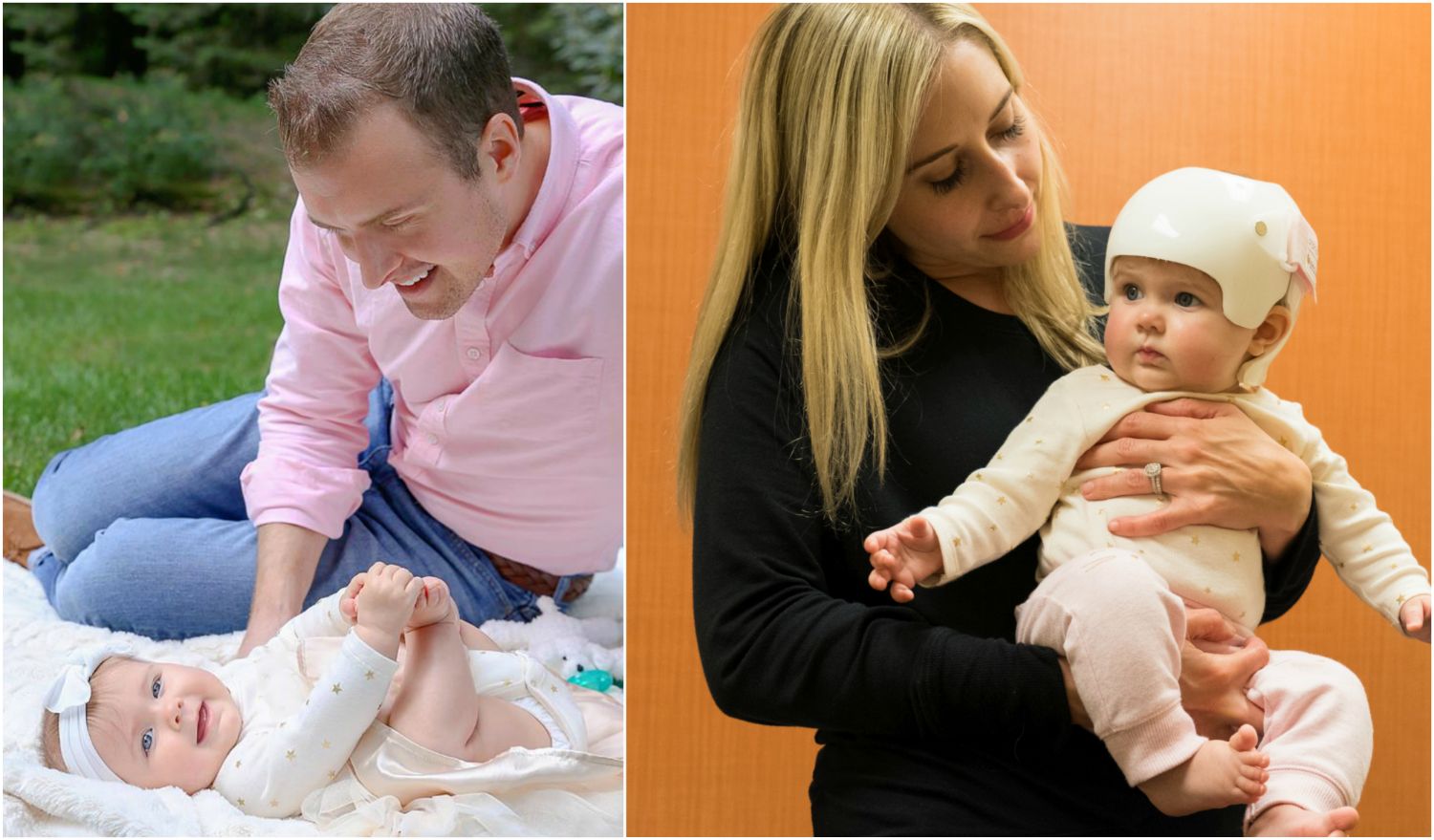 As it currently stands, we’ve been told that Marlowe will need to wear the cap for the next four months. There was a preliminary ramp-up at the beginning, but now she wears it 23 hours a day.

All in all, she’s doing really well, except for the minor mishap we had when she somehow got sweet potatoes inside of it. Just a pro-tip, the caps aren’t entirely stain resistant.

And for those of you worried: Yes, their hair will still grow despite the cap.

As a new parent, there’s a lot that you worry about, so even a minor health concern like plagiocephaly can be scary. But we know that we’re lucky to have a child that is otherwise perfectly healthy.

It’s pretty humbling to have this soft, squishy little baby that is completely dependent on you. Marlowe certainly has changed our lives in countless ways, but we wouldn’t change a thing. Other people described to us how having a child clarifies the things in your life that are truly important, but I never fully understood it until Marlowe arrived.

She’s literally the best thing that's ever happened to me.

While I still could use a little more sleep, and cherish the nights when Marlowe sleeps soundly, once she falls asleep I inevitably start to miss her, and can’t wait for her to wake up so we can experience another day. 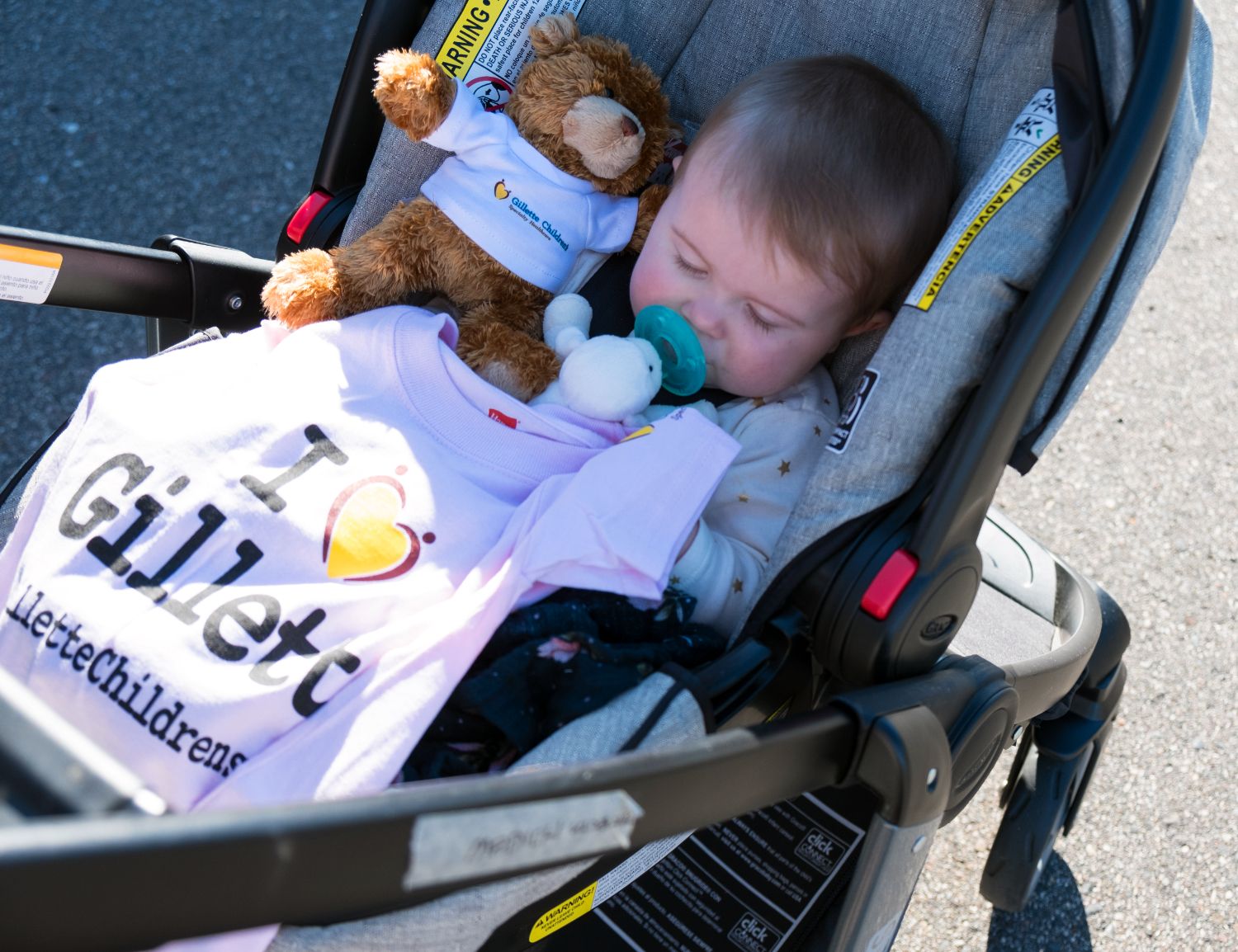 When Walker's parents and pediatrician became concerned about the shape of his head, their questions… 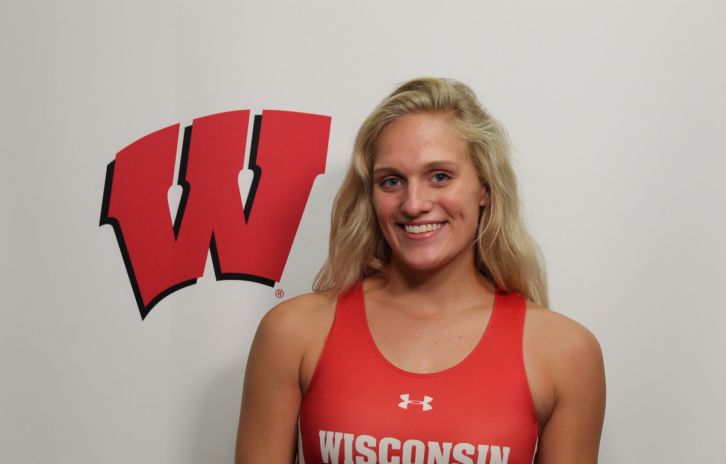