Lots to Say About “Speechless”

By Greta Cunningham and Cate Pardo

Many Gillette families are already buzzing about the new ABC television sitcom “Speechless” set to premier on Wednesday, Sept. 21.

Gillette families who've viewed the pilot episode online say they’re pleased a network TV show is highlighting the ups and downs of living with a family member who has a disability. 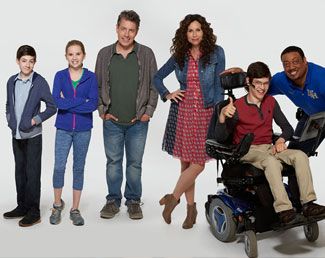 The show’s creator, Scott Silveri, says “Speechless” is based on his own childhood and his relationship with his brother, who has CP. Silveri wants the show to avoid being “preachy” and to not focus on “teaching lessons.” His main goal is to create something entertaining and to show a family that’s not often portrayed on television.

Actress Minnie Driver plays JJ’s mom, Maya Dimeo. Like many parents of children who have a disability, she’s a fierce fighter on a mission to help JJ. Gillette speech pathologist Dana Anderson works with children and young adults who, like the show’s main character, use AAC devices. She admires Driver’s portrayal of a mom who wants the very best for her son and is not shy about voicing her frustrations when his needs are not met. “The concerns the mother character expresses are all very real scenarios we still see today, unfortunately,” Anderson says.

“I thought the show did a great job of portraying the different personalities of the family members, and it was great to see JJ shine as the person he is,” Anderson adds.“I can’t wait for the next episode!”

“I liked how the show illustrated many real life challenges of life with a child who has special needs,” says Ann Erickson, a Gillette parent. Erickson's son, Henrick, has cerebral palsy and uses an AAC device. “The subject I thought they did the best job addressing was being the sibling of a special needs child. The parent focus has to be so heavily looking out for the special needs child that the neuro-typ 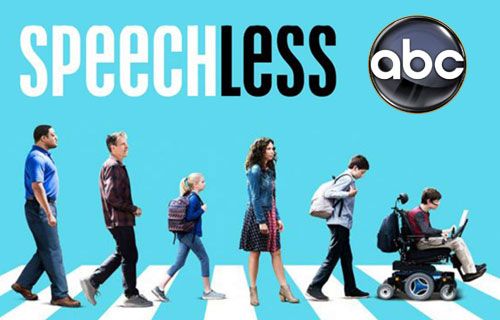 ical child often has to fend for themself much more than most children do.”

“I like that he [JJ] looks like me,” says Joe Carr, 13, a Gillette patient who has used an AAC device for years. "I also thought their van was cool!" Kristi Carr, Joe's mom, adds, “the public needs to be educated more about  kids who have disabilities and I think this show will help. I always get odd questions from the public like, 'he goes to a public school?'  Once people get to know Joe, they remark on his happiness, computer and iPad skills, and his love of life.”

The trailer for the “Speechless” has more than 1.5 million views on YouTube. The program airs on ABC Wednesday at 7:30 p.m.