Many the Miles: Deep Brain Stimulation Gives the Gift of a Son 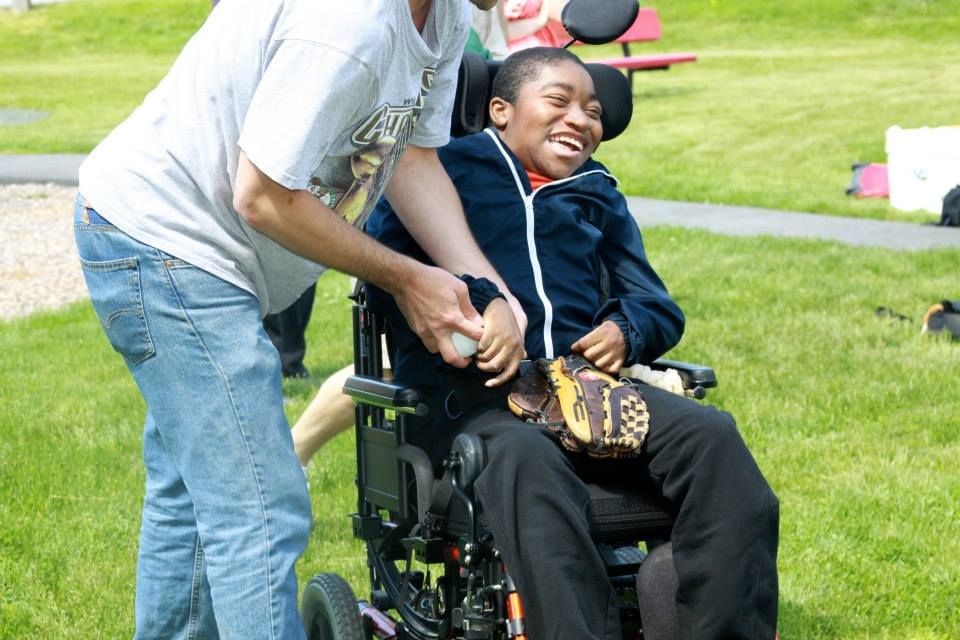 As loud music filled the adjoining hallways near the Neurosciences unit at Gillette Children’s, passersby could be forgiven if they were a bit confused. A crowd of 15 or so doctors, nurses, and therapists holding celebratory signs and smiles to match, had formed out in the lobby.

The atmosphere was festive and there was good reason for it. At long last, James Bostic, 17, was able to go home. He had been in the hospital for 15 months.

While James certainly faced challenges in his early life, his mother Elizabeth never allowed James’ condition to stand in his way. 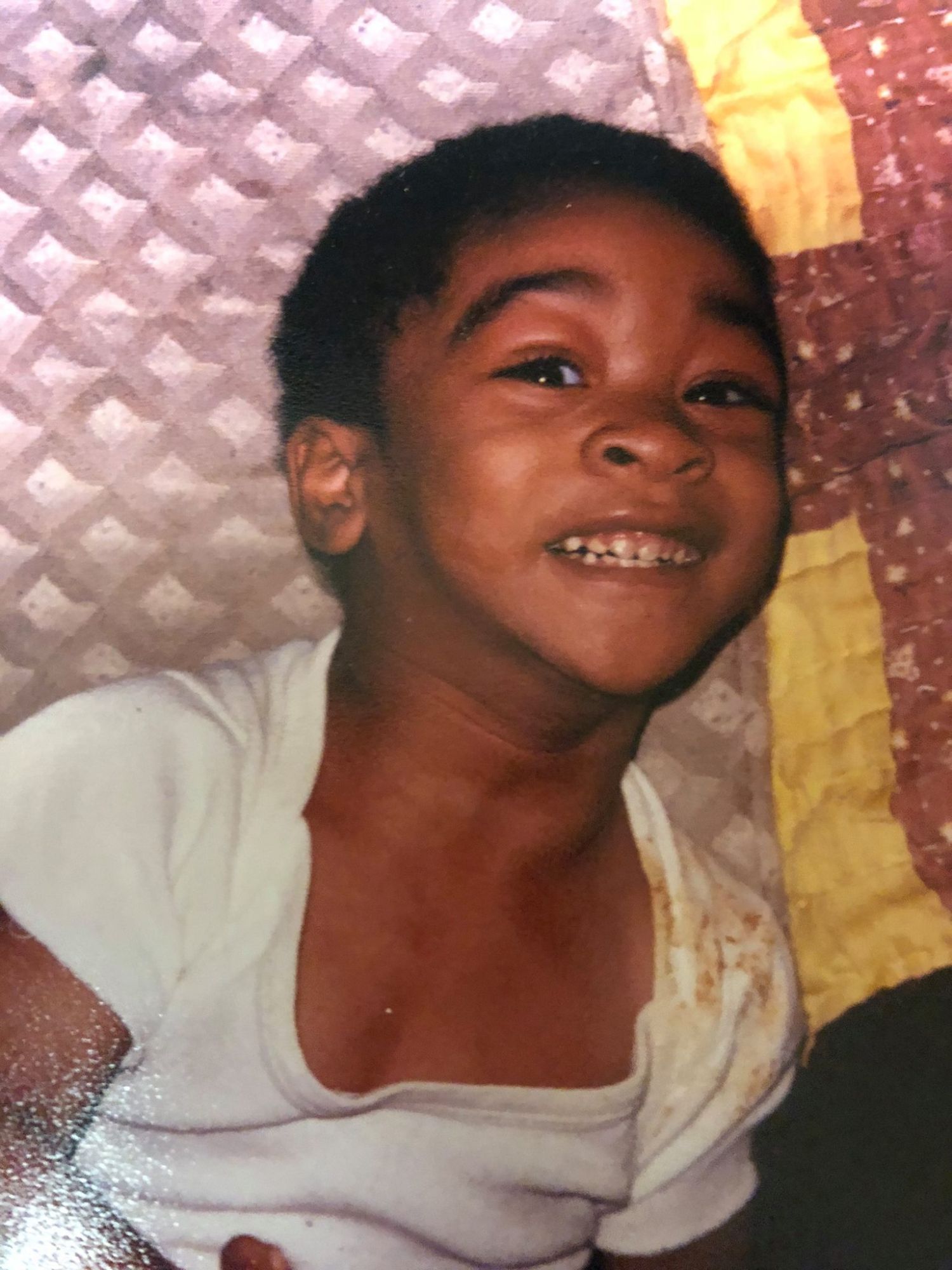 “James has always had to do some things differently than other people,” Elizabeth says. “But he had a very full life. He went to school, played adaptive baseball, and had a smile that lit up every room he was in. In many ways, that’s what made the struggles we’ve had over the past year all the more jarring.”

James went in for a routine baclofen pump replacement near their home in Boston, and that’s when everything changed.

“We’re still not exactly sure what happened,” Elizabeth says. “For some reason, James wasn’t receiving adequate amounts of his medication, and it set him off. He went into what they call, dystonic crisis. That’s the fancy word for it, but we called them ‘storms.’ They engulfed his entire body and turned our lives into a living nightmare.”

Anyone who has ever exercised, lifted weights or gone on a run understands what a muscle contraction feels like. When done on purpose it can be a powerful, infectious feeling.

Anyone who has done enough of this also knows what a muscle cramp feels like. If you’re lucky enough not to know, in short, it hurts.

Now, briefly imagine having a chronic condition that causes parts (and sometimes all) of your body to break out in involuntary muscle contractions that result in repetitive twisting movements. Your muscles are contracting and cramping, back and forth, over and over, and over again.

Imagine being a parent standing over the bed of your previously healthy child, watching this happen repeatedly and knowing that there’s nothing you can do about it.

If you can picture that, you’ll experience just a tiny modicum of what the Bostics went through for more than a year.

“It was the hardest thing I’ve ever had to do,” Elizabeth says. “We were completely helpless, and even when he was hospitalized, none of the treatments seemed to be effective.”

Deep Brain Stimulation and a Long Way Round

The thing about dystonic crisis is that if it’s as severe as it was in James’ case, there’s not a lot most medical professionals can do aside from heavily sedating the patient. This meant that James was pretty much out of it, all the time. A hospital bed became his world.

“Our doctors in Boston were saying that there was nothing else we could do and that we should start looking into skilled nursing facilities for James,” Elizabeth says. “As his mother, I wouldn’t accept that as the solution, and I started to do research about alternate treatment options.”

“I brought up the procedure with several doctors in Boston, and they said that they wouldn’t do it,” Elizabeth recounts. “I called Gillette and after getting them James’ medical records, they said that they could get James in for a consultation if we could get to Minnesota. Our prayers had been answered.”

A Pacemaker for the Brain

Deep brain stimulation (DBS) is a surgical procedure used to treat a variety of disabling neurological symptoms, and is most commonly used in people who have Parkinson’s disease.

However, the procedure has also been to shown to be successful in treating certain cases of secondary dystonia. Gillette is one of the first two U.S. hospitals to use DBS therapy to treat children who have dystonia.

During the procedure a neurosurgeon implants a lead (also called an electrode) in a targeted area of the brain. The electrode is then attached to a neurostimulator (or battery back) which is usually implanted under the skin near the collarbone. Once in place, the system sends electrical impulses through the neurostimulator that block the electrical activity that is causing the abnormal, involuntary movement.

“It’s not entirely dissimilar to how a pacemaker is used to treat heart arrhythmias,” says Patrick Graupman, MD. Graupman performed the DBS procedure on James. “The tricky part is that we’re not always certain—especially with cases of secondary dystonia—that the procedure will be a success. However, we were confident that the procedure could improve James’ quality of life.”

Don’t Call it a Comeback

Graupman notes that when dealing with a severe case of dystonic crisis, DBS isn’t the only thing that needs to be done. He performed James’ DBS in December, and while it was successful, other treatments were necessary.

“With a case like James’, you need to be able to throw a lot at it and see what works,” says Graupman. “After we performed the procedure we got James’ baclofen pump replaced, and made sure he was current on all of his meds. When the dystonic episodes continued to break through, we knew something additional was going on.”

Graupman and the team discovered that James also had a neurogenic bladder (bladder dysfunction). To treat this, Gillette specialists surgically implanted a suprapubic catheter, and finally, James’ storms abated. “We couldn’t believe it,” Elizabeth says. “After nearly a year, James was at peace.”

James turned 17 while recovering at Gillette, got to watch his hometown New England Patriots pull off a miraculous comeback of their own in Super Bowl LI, and it was finally time to go home.

As the crowd of smiling onlookers gathered around James and his mother, she went on down the line, hugging each Gillette provider and thanking them for giving her son back.

“When you’re in a place that long, all of the boundaries slip away,” Elizabeth says. “Those doctors and therapists and nurses, they became family. We are blessed that they came into our lives just when we needed them most, and we can’t thank them enough.”

The successes for James didn’t stop there. After recently speaking to Elizabeth, we learned that not only has he not had a storm since he’s been home, James is now showing the ability to consistently move his left hand. This means that going forward he may be able to successfully operate a speech-generating device and possibly even a power wheelchair, giving him greater independence.

Elizabeth calls this notion both “Exciting and terrifying.” She jokes, “If he’s able to just take off when he doesn’t like something I have to say, it’s a whole new ballgame.” 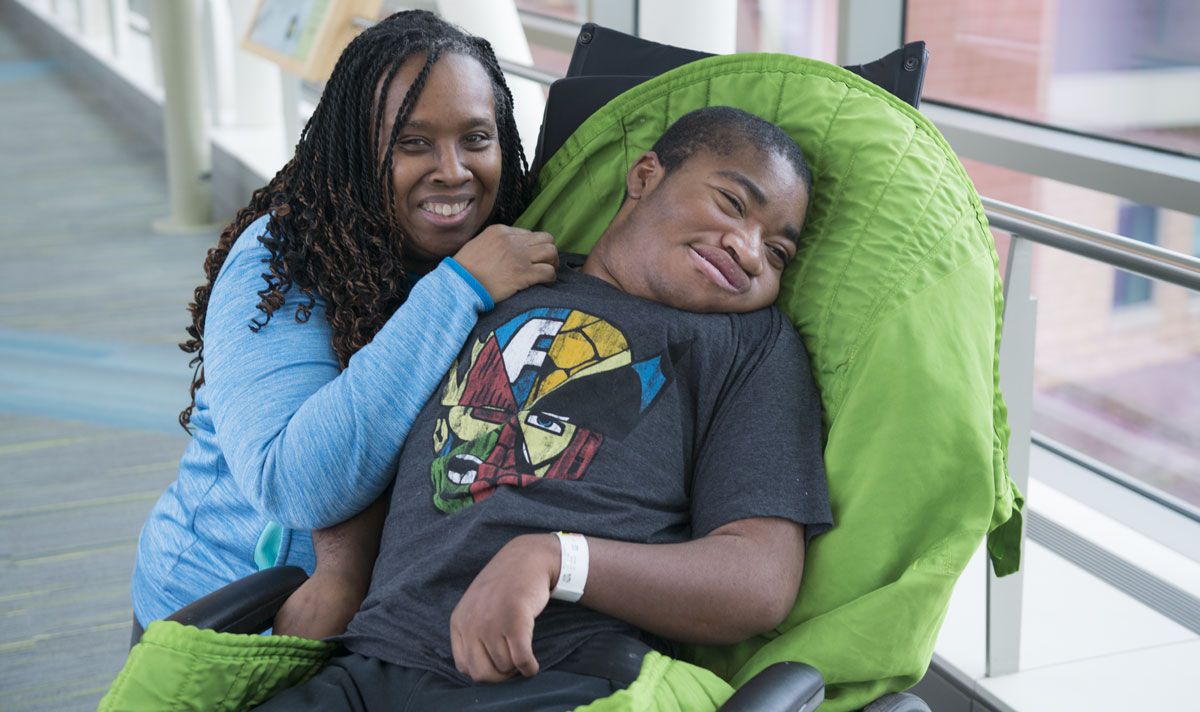 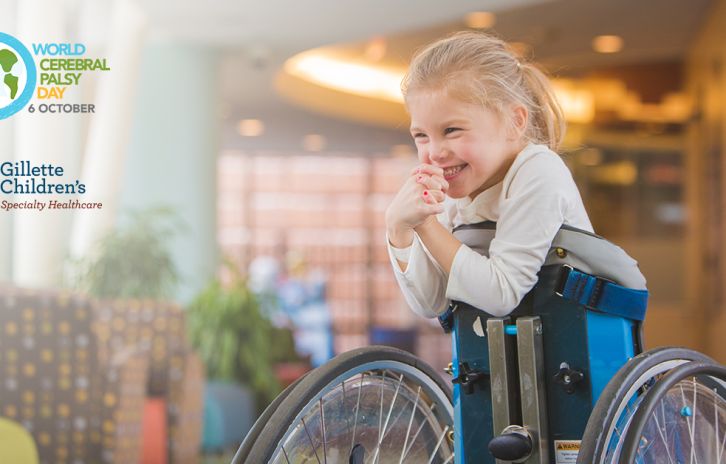 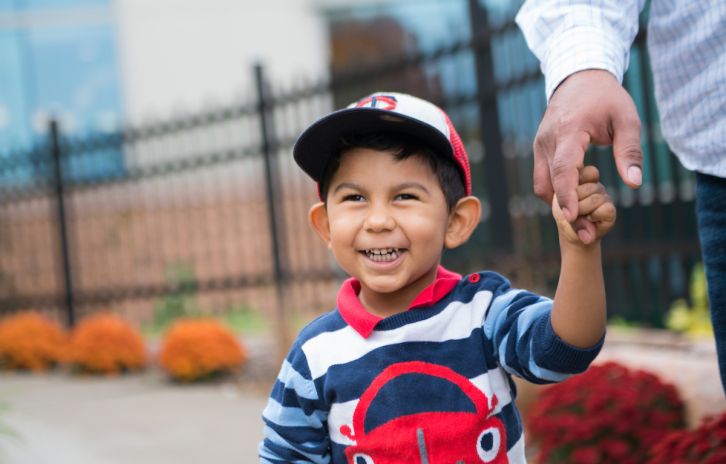 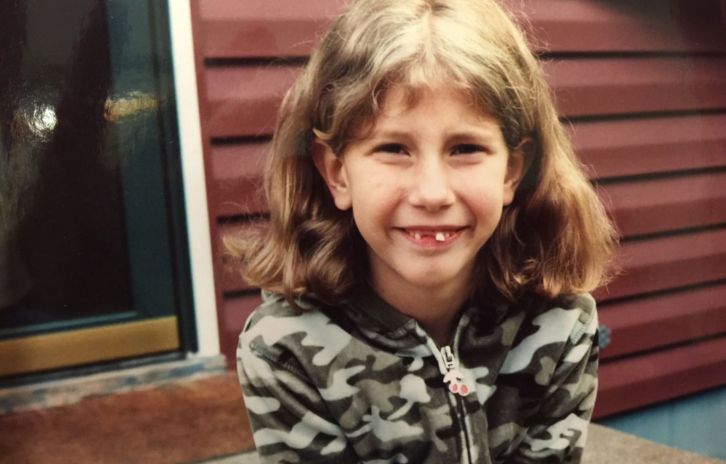