By by Staci Winge, Nick's mom

How would you describe your child to someone who hasn't met him or her?
Nick is a super sweet boy. He’s funny, very active and a little daredevil. He loves all kinds of sports, carpentry, raising chickens and playing with his toy tractors. Nick would truly do anything to make someone happy.

How did your family find out about Gillette?
When he was six years old, Nick, his older brother and his father, Garrit, were watching the Super Bowl. Nick fell asleep in his dad’s arms. Nick had been asleep for 15 minutes when he started making noise and the left side of his 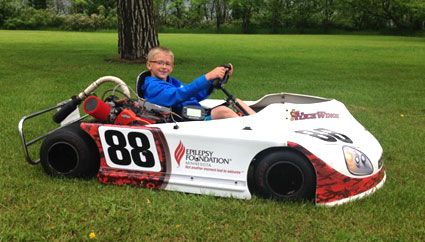 face began twitching. This lasted for about 30 seconds. Garrit raced upstairs to tell me what happened, suspecting a seizure, but by then Nick seemed better again. The next day I called our nurse practitioner and she arranged for a neurology appointment in Fargo, which wouldn’t take place for another four months.

It wasn’t long before Nick had another seizure. The following Tuesday he fell asleep in the car. This time he began drooling while also making noise and the left side of his face twitched. It only lasted another 30 seconds or so, but it felt like it went on forever. I was more frantic at this point and called our nurse practitioner again. That afternoon, a nurse from Gillette Children’s Specialty Healthcare called me to schedule a first seizure evaluation for that Friday. Just speaking with the Gillette nurse, I knew we were in good hands. We arranged to make the drive to St. Paul, six hours south of where we live.

How was Nick diagnosed?
During Nick’s first appointment at Gillette, he underwent a sleep study. The sleep study showed that he experienced a seizure during testing and from that, doctors were able to determine he had benign rolandic epilepsy. Benign rolandic epilepsy is a type of epilepsy that affects children and in most cases, children outgrow the condition by age 15. 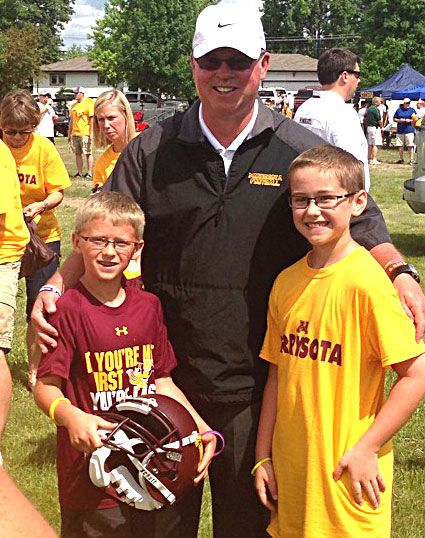 Learning Nick’s diagnosis was just a relief. From that point on, we knew what we were facing and could form a plan to move forward. Garrit and I know that other Gillette families are fighting bigger battles, so we felt blessed in a way.

What treatments and services has your child received at Gillette?
After receiving his diagnosis, Nick started a medication called Keppra, but that wasn’t a fit for him, so his medication was changed to Trileptal six weeks later. As he grows, we work with Nick’s care team to increase and adjust his meds and make sure he is developmentally on track. We meet with Jennifer Maytum, D.N.P., who we love, every six months for follow up visits. Today Nick is thriving. His last seizure was this past month, but they are rare.

You are in fabulous hands at Gillette. The doctors and medical staff take the time to treat the whole person—physically, mentally and educationally. For example, the day Nick was diagnosed, Jen Maytum gave us information about joining the Shining Star program through the Epilepsy Foundation of Minnesota (EFMN). I wanted Nick to understand that epilepsy is just a special part of who he is, so we joined the program. The EFMN has also given me the opportunity to reach out and help other families going through similar challenges with epilepsy.

What are your hopes and dreams for Nick?
My hope is for Nick to embrace his challenges and rise above them. I want him to know he can do anything and be anything he wants to be. He can dream BIG! I also hope Nick continues to help others with epilepsy. Last year, we, along with leaders in our community, planned a “Jerrysota Day” to promote epilepsy awareness in our hometown. Nick had the opportunity to meet Minnesota Golden Gophers Coach Jerry Kill. Coach Kill took the time to get to know Nick and even invited Nick on the football field with him while he addressed the crowd during the event. I hope Nick will continue to be a role model for others who have epilepsy, just like Coach Kill is a role model.