Gaelynn Lea’s fiddle music and song, “Someday We’ll Linger in the Sun,” has moved her from lingering in the sun to basking in the national spotlight. Her song was chosen from thousands of entries as the winner of the 2016 National Public Radio Tiny Desk Contest. The contest asks musicians to record a video of them performing at a desk, upload the video to YouTube and fill out a submission form. The winner then performs a Tiny Desk Concert, which is uploaded to NPR's website. 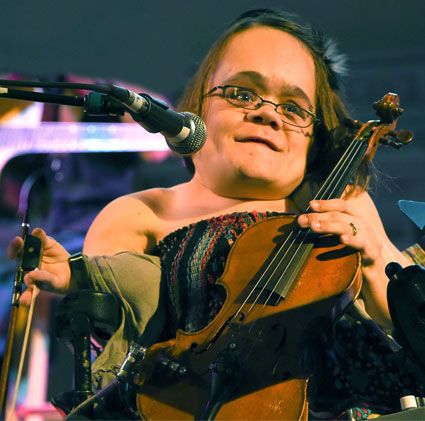 n, Lea has played violin for more than twenty years. She’s an artist and music teacher who lives and works in Duluth, Minnesota. She also has osteogenesis imperfecta, often called OI or brittle bone disease. The condition causes fragile bones that can break frequently.

Stranger Provides Reassurance
When Lea was born, doctors told her parent she might have mental and physical problems, or not live very long. Shortly after her birth, a 60-year-old woman in the Duluth area heard about Lea’s condition and contacted the family. She wanted to give the family hope as she had the same condition. The woman told the family to be patient, as it might take their daughter longer to do things, such as walking, but everything would be okay.

“My family was always encouraging, supportive and positive,” says Lea of her childhood. “They didn’t limit me. They also didn’t talk about my condition in front of me, or behind my back with other people.”

Complex Surgery Secures Lea’s Future
At age 17, Lea’s scoliosis began to compromise her lung capacity. Doctors in Duluth recommended she seek help from Gillette Children’s in St. Paul. That’s when she met John Lonstein, M.D. a spine surgeon at Gillette. Lonstein told her she needed a spinal fusion. “I’m so grateful that I was able to work with Dr. Lonstein because he undoubtedly prolonged my life by performing a much-needed spinal fusion,” says Lea. She recently had a respiratory scare and reconnected with Gillette. She says she’s always felt comfortable with the hospital’s doctors and staff. 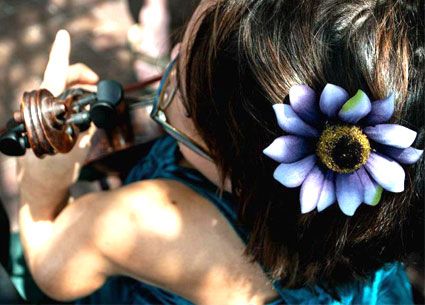 From an early age, Lea has been steeped in music. She participated in all aspects of a musical theater company her family owned for 20 years. “I’ve always been involved in the arts,” says Lea. “I love to dance and would have done ballet, if I had been able to do so. In grade school she wanted to play the cello, but found it too big for her to handle. A supportive orchestra teacher found a way for her to play the violin like a cello. Lea pursued music throughout high school and college. She later formed her own band, Murder of Crows. She sings and plays with a number of well know musicians and bands as well.

Lea uses music to advocate for people who have disabilities and promote positive social change. “The Tiny Desk Award has given me the opportunity to talk about what I can do, not how my condition might hold me back,” she said. “I want to change the dialog about how ‘pity’ doesn’t work, but instead how 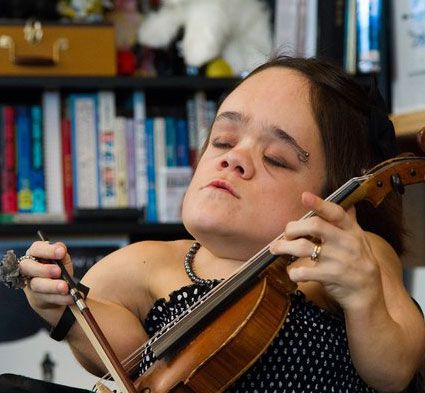 focusing on your goals and living an authentic life may change how others perceive people who have disabilities.”

Find Your Own Path In Life
Lea’s advice to children and families living with OI is to be positive and encouraging. Know your limits, be mindful about what you do, but also be independent and supportive. Think outside the box and find your own skill set and path in life.

Lea took a chance when she entered the Tiny Desk Concert. That chance resulted in a lifetime of opportunities. Since winning the contest Gaelynn has been able to travel with her husband, be a disability advocate along the way, and may someday write a book about disability rights and the need for access.