Donovan Bohn approaches the waves on Waikiki Beach the way he approaches everything in life—with passion and enthusiasm. Kelley Bohn’s emotions as she watches her 16-year-old son master a new skill go beyond typical motherly pride. “When he was born, we didn’t know if he would ever be able to eat or drink, run or jump, let alone speak,” she says. But following a series of complex surgeries and months of hospitalization, Donovan did all of those things—and more—living up to his name, which means “courageous.”

Donovan was born with esophageal atresia, a condition that occurs when the upper part of the esophagus doesn’t connect with the lower esophagus and stomach. Other physical anomalies—in Donovan’s case, severe scoliosis— can accompany the condition.

As Donovan grew, his Gillette care team helped him manage his scoliosis with bracing and physical therapy, until a routine X-ray in 2014 revealed that his spine had worsened to nearly a 94 degree curve. “We learned that he would need a life-threatening, yet life-saving spine surgery—very quickly,” says Bohn. In addition to the curve in his spine, Donovan had multiple fused ribs which surgeons at Gillette separated at the time of the spine surgery.

“The surgery came with risks, risks as serious as paralysis or death,” adds Bohn. “We’re forever grateful to the pediatric orthopedic surgeons at Gillette who took Donovan into their hands. They’ve allowed him to just be a kid.”  Bohn says that today, Donovan continues to do the things he loves to do.

For kids like Donovan, X-rays are a routine part of life. Thanks to the generosity of our donors, patients at Gillette have a safer alternative to traditional X-ray. An EOS X-ray Imaging System recently installed on the St. Paul Campus offers a significantly lower dose of radiation than that of traditional X-rays. It’s ideal for use in the treatment of patients who have a spine or limb deformity who may require repeated scans over their course of treatment.

Make a difference in the lives of Gillette kids today by donating. 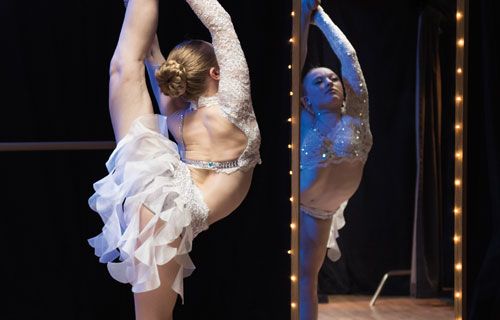