Editor’s update: On March 21, 2017, Neuren announced that its Phase II clinical trial of Trofinetide exceeded expectations, demonstrating a clear clinical improvement across a range of common symptoms of Rett syndrome. Neuren plans to meet with the Food and Drug Administration (FDA) to discuss the findings and develop a Phase III study. Timing is being determined.

“You’re a world changer,” Patty Mevis often tells her 10-year-old daughter, Kira.  Kira has Rett syndrome, a neurodevelopmental disorder that affects the brain’s growth and development. It occurs almost exclusively in girls. Kira spent much of last summer participating in a Phase II clinical trial of a drug named Trofinetide (the study, sponsored by pharmaceutical company Neuren, is also called NNZ-2566). It has potential to add to existing knowledge surrounding Rett syndrome treatments. 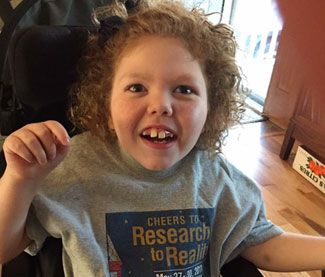 Families like Kira’s hope that someday, studies like NNZ-2556 will help unlock the mysteries of Rett syndrome. “Rett girls don’t have permanent brain damage.  The brain just isn’t functioning as it should,” says Mevis. “If we can correct the brain’s function, there is hope.”

The Science Behind Hope

Arthur Beisang, MD, is a complex care pediatrician and co-investigator in the NNZ-2566 study. He explains that Trofinetide works to stimulate neurons in the brain to grow more connections to each other. “Research has shown that girls who have Rett syndrome don’t have as many connections between their neurons. We think that’s part of why they have problems with their nervous system. Trofinetide stimulates neurons to connect and hopefully communicate with one another.”

Kira’s family learned about the NNZ-2566 study during a Rettsyndrome.org conference. They also learned Gillette Children’s was among just 12 U.S. hospitals open enrolling. Mevis called Gillette the next morning.

Once enrolled in the study, Kira and her family traveled from their home in Green Bay, Wisconsin, to Gillette in St. Paul, Minnesota, nine times between July and September. “It was a good reason to make the drive,” says Mevis.  “We included our older kids in the trips so they could share Kira’s experience—and to sneak in some family fun.”

Researcher coordinators Rachel Katoch and Briana Person provided Kira’s family with study drug, which they administered twice daily. Visits to Gillette included a physical exam, questionnaires for her parents, and routine tests such as blood draws and urinalyses. 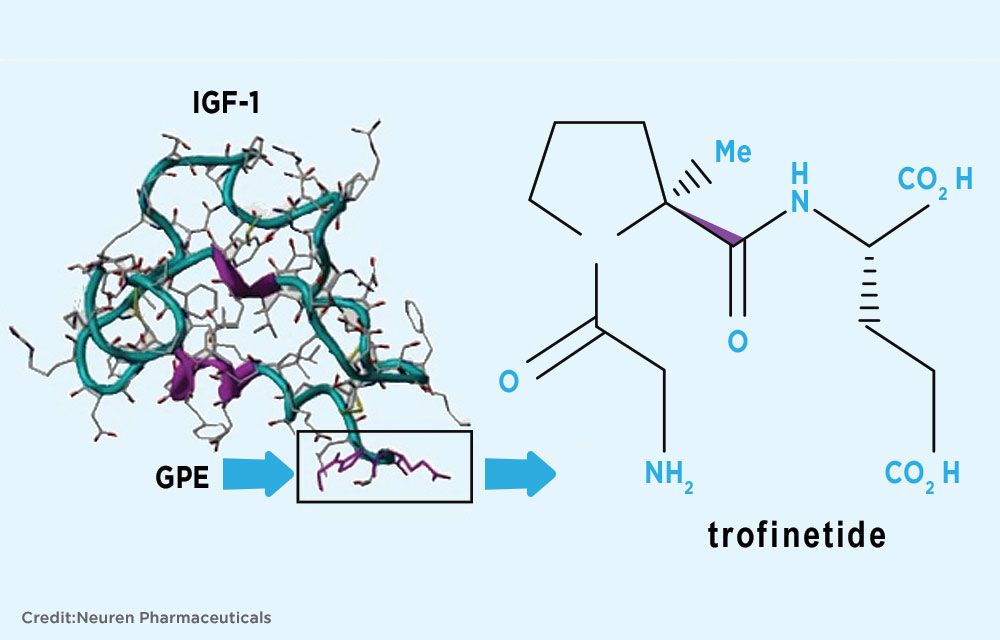 A double-blind placebo-controlled clinical trial, NNZ-2566 grouped participating girls into three groups. Two groups received different doses of medication and one group received a placebo medication. Kira’s family wouldn’t know which group she’d be placed into—and neither would Gillette researchers.  “It was made very clear that Kira might have placebo drug,” says Mevis. “Our family decided, along with Kira, that we would do whatever it takes to advance research for all girls with Rett syndrome.”

Although Mevis isn’t able to discuss whether she noticed changes in Kira during the study—it could risk skewing the data—she describes the experience as an amazing one.

Timothy Feyma, MD, neurologist and principle investigator in the NNZ-2566 study, echoes her optimism. “I am hopeful about what this drug might do, specifically if we can try to get it to younger girls before they lose developmental skills that may not be regained. We hope there is enough positive data to merit a Phase III study.”

While Mevis waits to hear next steps on the s 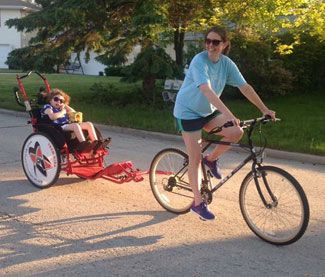 tudy, she’s determined to keep Kira engaged and stimulated. “She enjoys being challenged and responds to people who take the time to interact through her communication devices,” says Mevis.

She notes that Kira’s Gillette team genuinely cared about that interaction. “Kira lit up when she saw Rachel and Briana. It’s motivating to continue our involvement when the relationships are there. I would consider coming back to Gillette in a heartbeat.”

Beisang and Feyma consider families like Kira’s the true heroes of Rett syndrome research. That’s because studies this intensive require not only time commitment but emotional investment. “These parents knew that even if they saw improvement, their kids would only be on the medication for the duration of the study,” says Feyma. “They’re doing this for the entire Rett community.”

Editor's note: In 2016, Gillette became one of just 14 U.S. hospitals designated a Clinical Research Center of Excellence by the Rett Syndrome Foundation.