On April 21, 2017, what Lisa Evert calls her “ultimate dream” will become reality. That’s when representatives from Rettsyndrome.org will formally recognize Gillette Children’s as a Clinical Research Center of Excellence—one of just 14 in the U.S.

For Evert, the recognition is more than a prestigious designation. It’s the culmination of a journey that began in 2000 with her daughter Jill’s diagnosis of Rett syndrome, a rare disorder that affects brain growth and development.

“My ultimate dream was that drug therapies for Rett syndrome would happen in Minnesota—that doctors here would have the experience to effectively manage this condition and pursue research,” explains Evert, who lives with her husband and Jill in Faribault, Minnesota.

Children who have Rett syndrome typically don’t display symptoms until they’re between 6 and 18 months old. At that point, they stop gaining skills such as walking or talking. Children might also lose skills they had achieved. But with no older siblings or cousins to compare Jill to, her developmental regression initially went unnoticed by her family. Jill’s home daycare provider was first to point out concerns after a five-month gap in caring for the little girl, then 2. 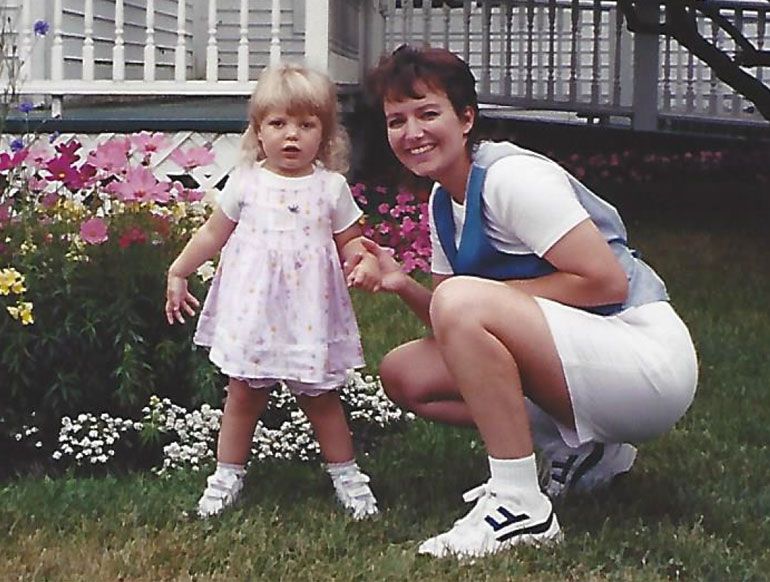 “By the second morning back at daycare, Darlene sat me down on the couch and we had the conversation I’ll never forget,” remembers Evert. “She held my hands, looked in my eyes and said ‘something’s very wrong.’”

After that, recounts Evert, her family’s life profoundly changed. But a diagnosis eluded them until, in 1999, the Seattle Times published a story on a family whose genetic history helped researchers at Baylor College of Medicine pinpoint the Rett syndrome gene. Coincidentally, the Everts’ home daycare provider discovered the story through connections in Washington.

The Everts took the Seattle Times article to Raymond Tervo, MD, a neurodevelopmental pediatrician at Gillette. Tervo arranged for genetic testing that would confirm Jill’s diagnosis of Rett syndrome. Though Evert describes waiting for the diagnosis as excruciating, she’s grateful it only took one year.

“Before genetic testing, families waited years for the classic signs to show up. Getting that diagnosis gave us somewhere to turn for support.”

Soon after Jill’s diagnosis in 2000, the Everts learned of another Minnesota family, Lisa and Dan Brinkhaus, whose daughter Sara had been recently diagnosed with Rett syndrome. The two families developed a tight bond, traveling to Chicago for their first Rett national conference. There, inspiration struck.

“During the conference we met more Minnesota families,” recalls Evert. “It inspired Dan and Lisa to get a local organization started.”

Dan Brinkhaus went on to found the Midwest Rett Syndrome Foundation in 2002. The organization connects families with research opportunities and support. Evert currently serves as its president. 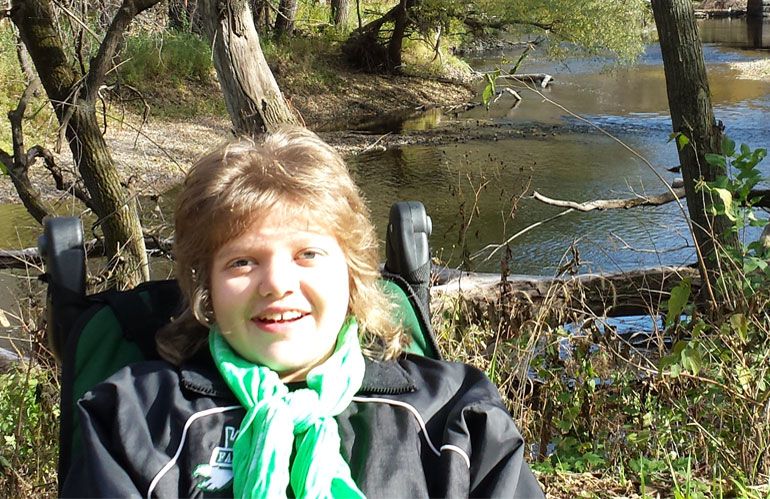 Like most people who have Rett syndrome, Jill, now 19, is nonverbal. That doesn’t diminish her engaging personality—her mom says people love to be around her. Nevertheless, now that Jill has graduated high school, Evert anticipates new challenges transitioning to the adult world.

“I want this here”

At the same time, the Everts were beginning to understand the multiple layers of specialty care Jill would need throughout her life. Fearful of the time and expense of frequent travel elsewhere in the U.S. for Jill’s care, they set out to bring those resources to Minnesota. To do so, they again turned to Gillette.

Evert discussed the concept of a Rett syndrome clinic with Tervo, the physician who had led them to Jill’s diagnosis. Tervo was receptive to the idea and brought in Gillette medical director Steven Koop, MD. “That’s what really got serious talks going,” says Evert. “I felt like I was asking for the sky. Looking back it was the perfect fit for Gillette because they already offered services for this population.”

By 2006 Gillette had formally launched its multidisciplinary Rett syndrome clinic. Art Beisang, MD, spent the next 10 years developing the clinic along with colleagues Tim Feyma, MD, and Marcie Ward, MD. As the hospital’s Rett population grew so did its involvement in research, both independently and through partnerships with the University of Minnesota.

Efforts co-led by Gillette and the University of Minnesota gained the attention of Rettsyndrome.org, a national group dedicated to accelerating research. Evert points specifically to the Rett Natural History Study and clinical drug trials as recent examples of research opportunities for families in Minnesota and surrounding states. “Rettsyndrome.org is acknowledging the value of what’s happening in Minnesota,” she remarks.

Designation as a Clinical Research Center of Excellence means Gillette is among just 14 U.S. hospitals with active research, family education and integrated clinical services for individuals who have Rett syndrome. The hospital also connects families and providers through Rett Syndrome Education Day, an annual conference co-hosted by Gillette and the Midwest Rett Syndrome Foundation.

Feyma, a Gillette neurologist, hopes the national recognition brings families confidence and peace-of-mind. “We’re collaborating with clinics throughout the country to ensure that Midwest girls who have Rett syndrome can access the latest treatments and therapies,” Feyma says. “We hope to learn even more, which will benefit these kids and all patients in the future.” 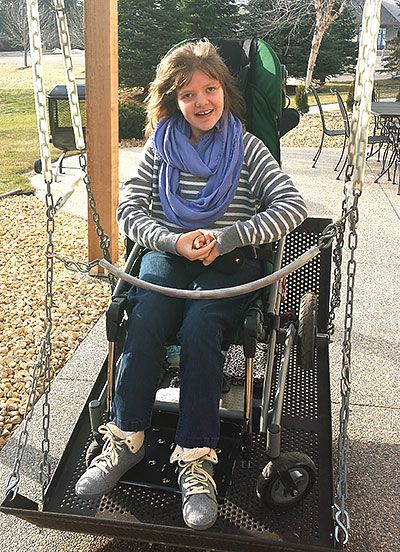 Evert admits that Jill motivated her involvement in expanding and formalizing Rett syndrome service at Gillette. But it’s always been about more than that. Her efforts have been for an entire community that today feels like extended family.

“For our daughter to have access to the best care in Minnesota, of course that was our desire. But we have met so many wonderful families along the way and we want this for all of our girls,” says Evert. “These girls are happy most of the time, but in the end, they got dealt a bad hand. We’re going to do what we can as parents to work the magic of doctors and researchers to improve their lives.”

Editor's note: Read more stories of CAN in our 2016 Annual Report. 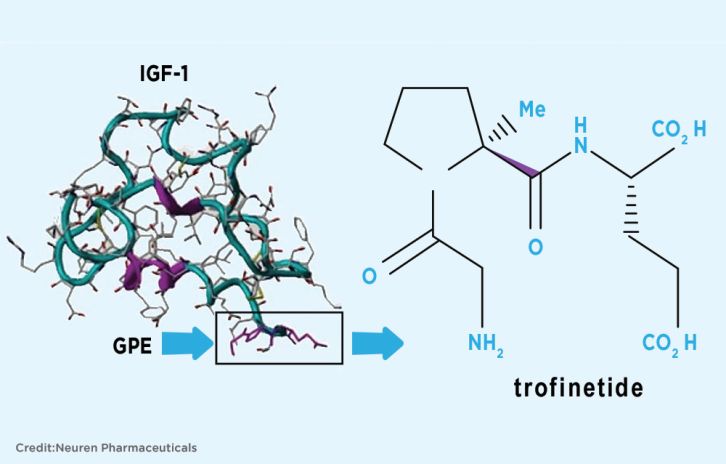 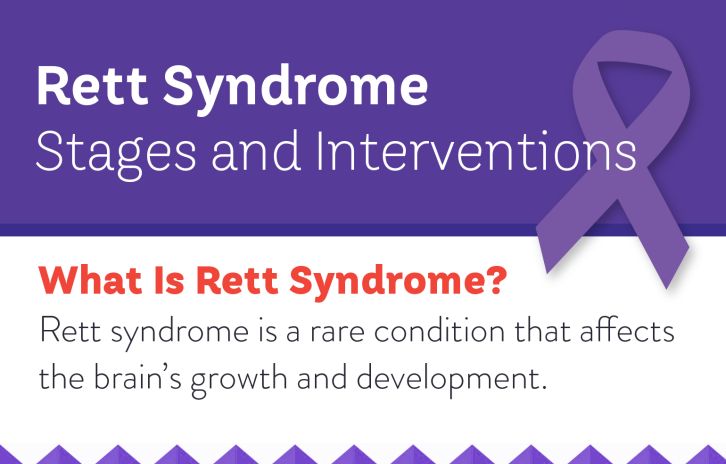