Dog Treats Mean Business for Teen Who Has CP

The statistics are grim. Only 40 percent of adults with disabilities in their prime working years (ages 25-54) have a job, compared to 79 percent of all prime-age adults, according to research by the Brookings Institution. In some portions of the country, that number is as low as 28 percent. On top of that, employees who have disabilities face significant gaps in pay and compensation compared to employees who don’t have disabilities, according to the United States Bureau of Labor and Statistics.

This is a problem that directly affects Gillette Children's patients, most of whom have complex medical conditions. Many have lifelong conditions such as cerebral palsy that impact them far beyond childhood. While it’s great that Gillette and school districts can help our patients graduate high school and find gainful employment via programs such as Project SEARCH, special education assistance and Individualized Education Programs, many still face the issue of finding jobs as young adults. 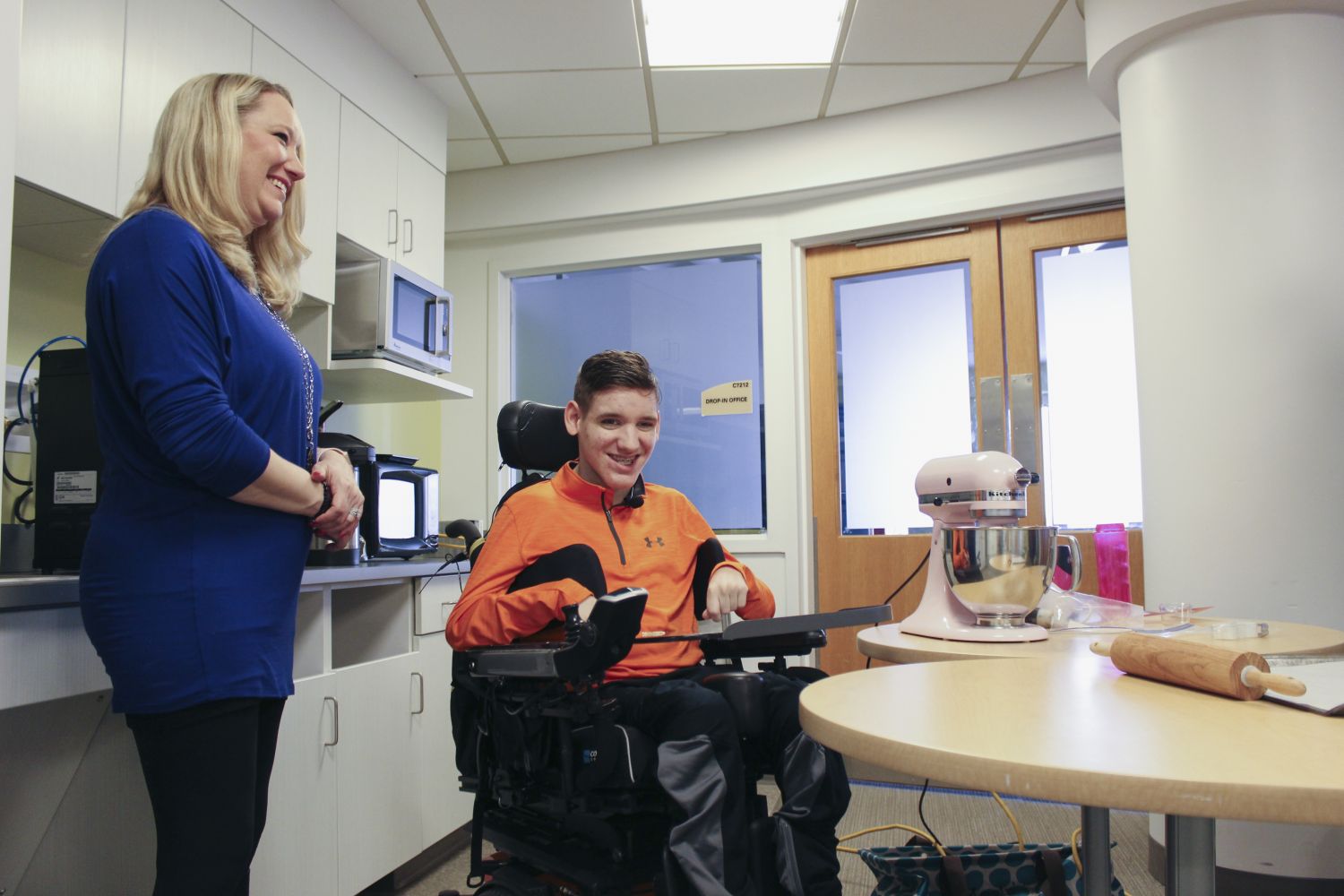 One Gillette mother who is aware of this problem is Jennifer Hinze. The Augusta, Wisconsin resident has a 16-year-old son, Nick, who has cerebral palsy. Nick uses a wheelchair and also has epilepsy, but he is just like many of his peers. He is social, enjoys school and his friends, and like many teens he wants to have a part-time job. So Jennifer and Nick put their heads together and came up with a great idea. They both love animals, especially dogs, and like to bake. 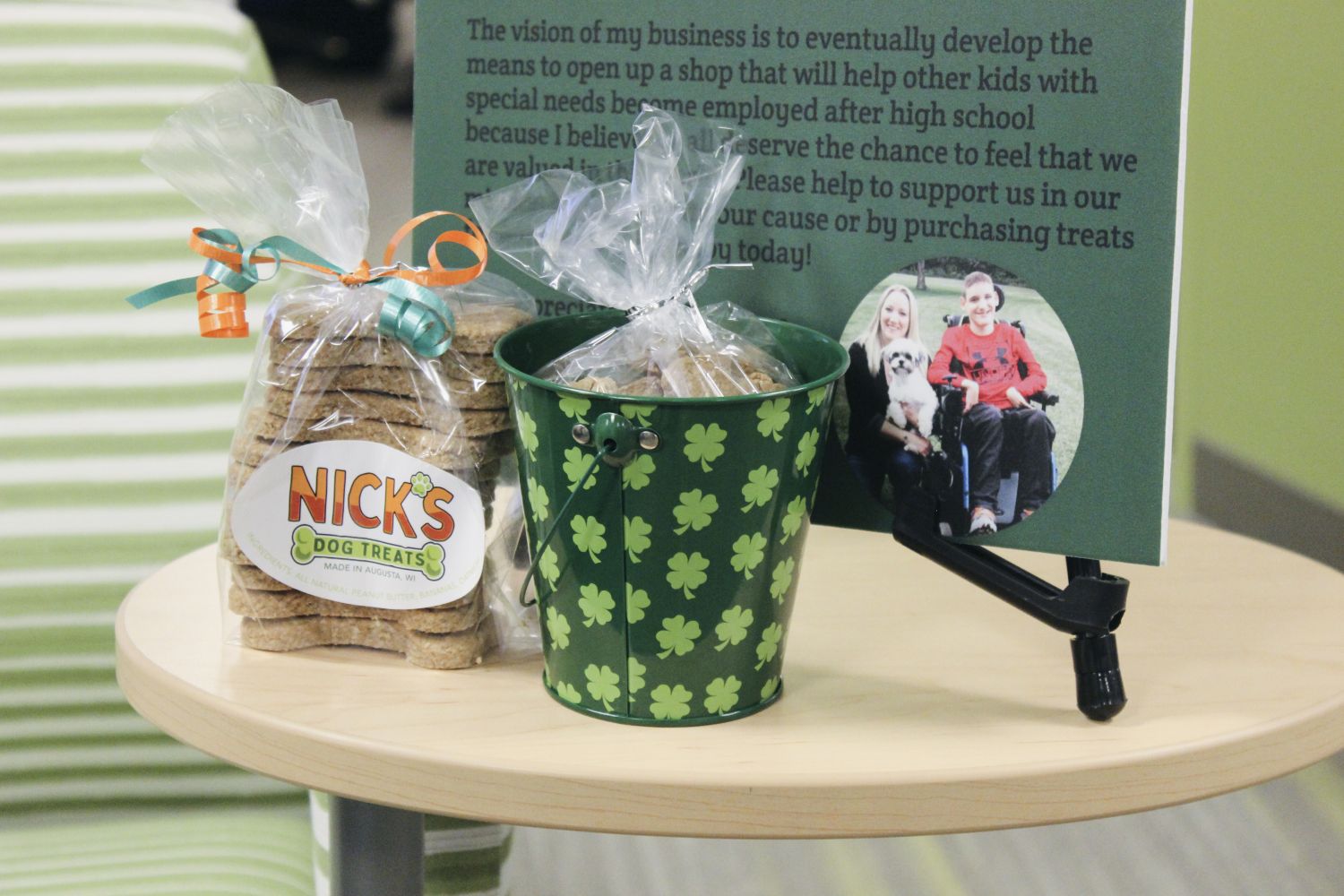 One day, Jennifer and Nick were baking treats for their dog Hemi, a Teddy (part Shih Tzu and Bichon), and a lightbulb went off. What if they started a part-time business making and selling dog treats? They ran with the idea and launched Nick’s Dog Treats. They started baking goodies in May of 2018 and now have more than 750 followers on Nick’s Facebook page, a newly launched website to sell the cookies, and a YouTube video they filmed to promote the business. They’ve received national orders from Arizona to Alaska, and have even garnered some media attention on ABC affiliate KSTP-TV in St. Paul, Minn. and NBC affiliate WEAU-TV in Eau Claire, Wisc.

“When I’m done with school I want to get a job and make money and work,” Nick said. “I’m really proud about doing this.” 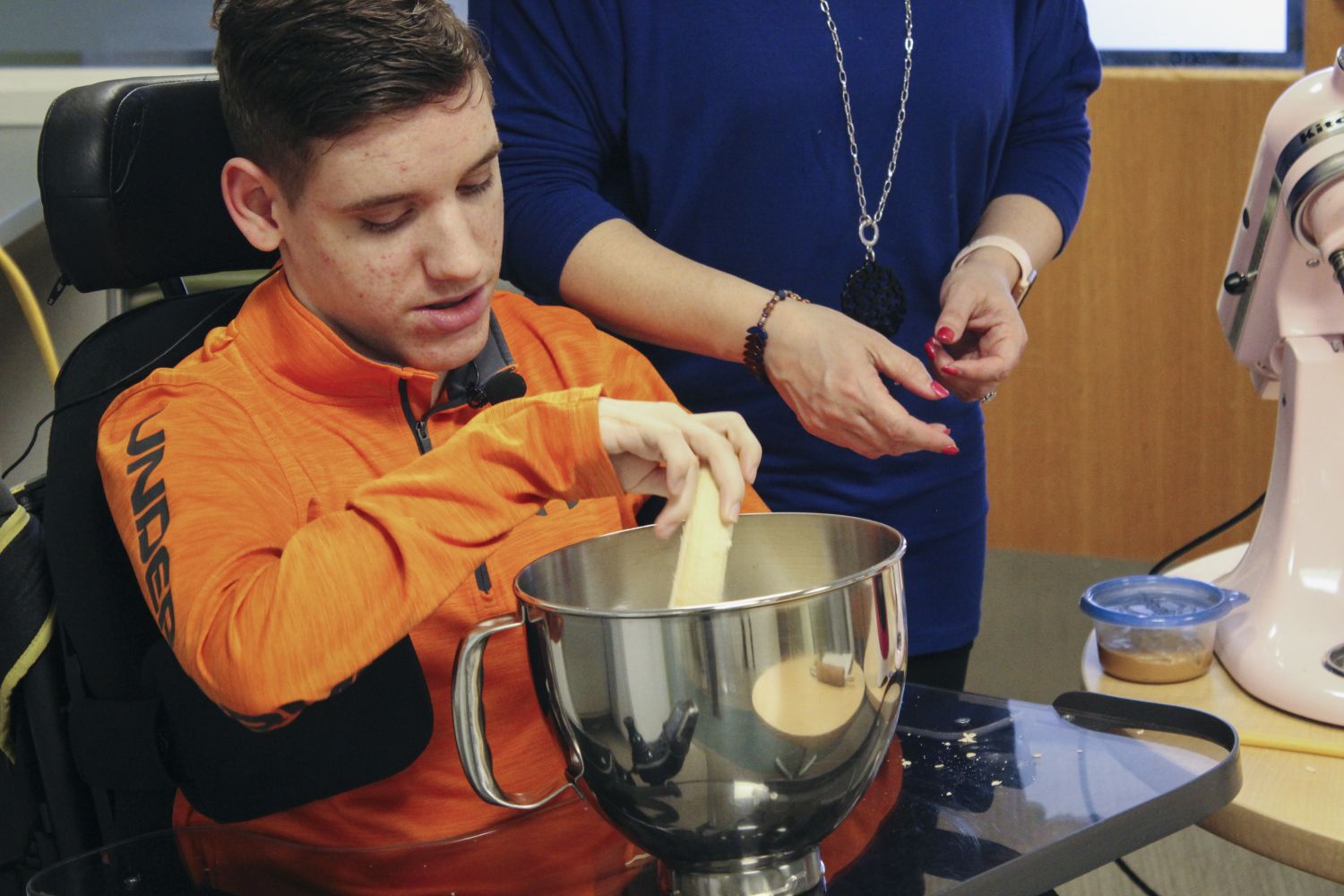 Now, they’re baking about four times a week, delivering packages in-person and mailing them across the country. Jennifer, however, has a loftier goal than running the business with her son. She wants to purchase an actual store and make treats full-time. She’d like to add coffee and pastries to the mix once the store opens.  Even better, Jennifer wants to employ kids who have complex medical conditions or special needs like Nick. The goal is to do that in two years when Nick graduates high school. 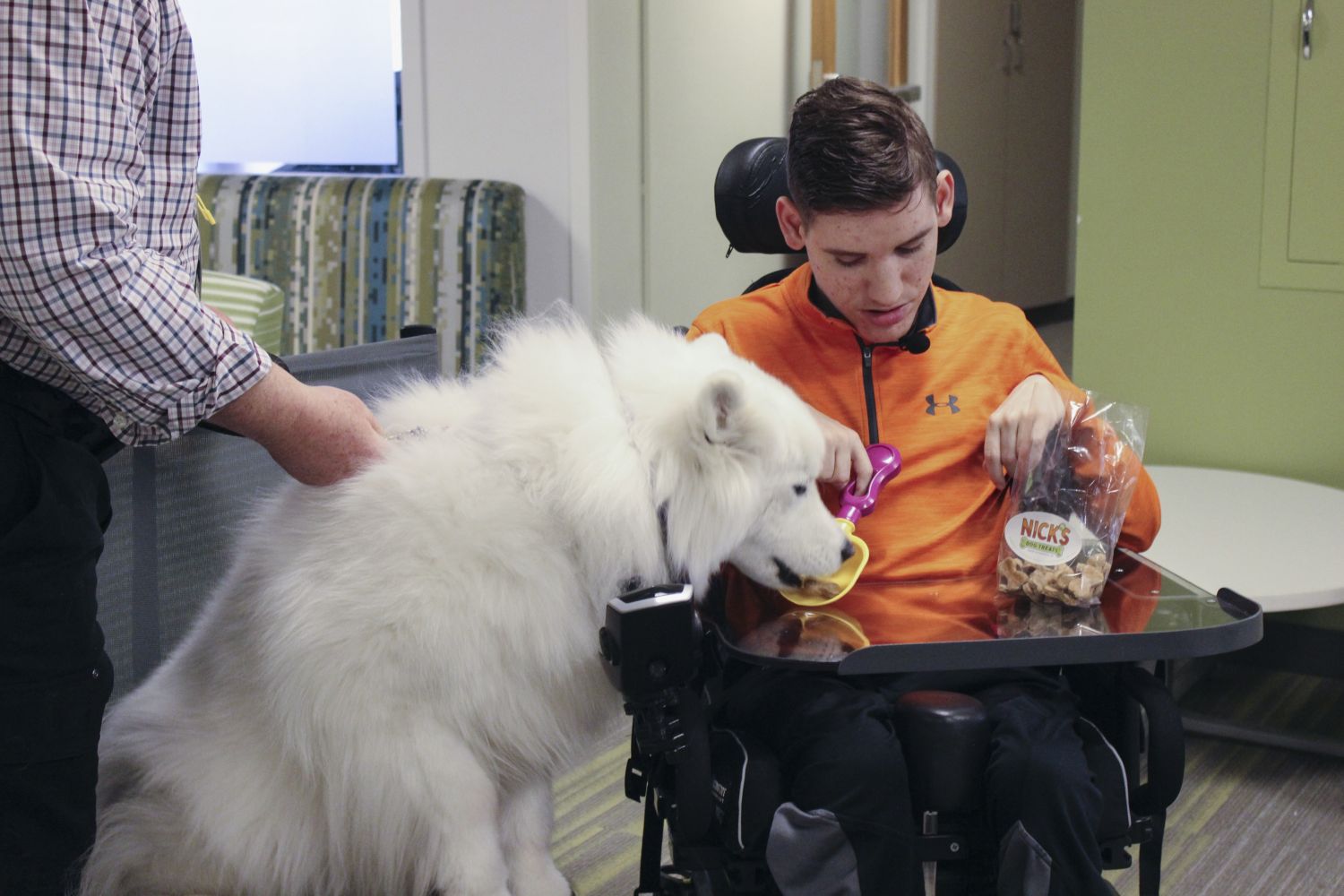 She is modeling her business off of a successful venture from a woman in her home state of North Carolina. Wilmington resident Amy Wright has two children with Down syndrome. She started a coffee shop called Bitty & Beau's Coffee. Almost everyone who works there has an intellectual or developmental disability, ranging from Down syndrome to autism to cerebral palsy (read more via CNN). Creating a similar shop that sells coffee, pastries AND dog treats is Jennifer’s ultimate dream. 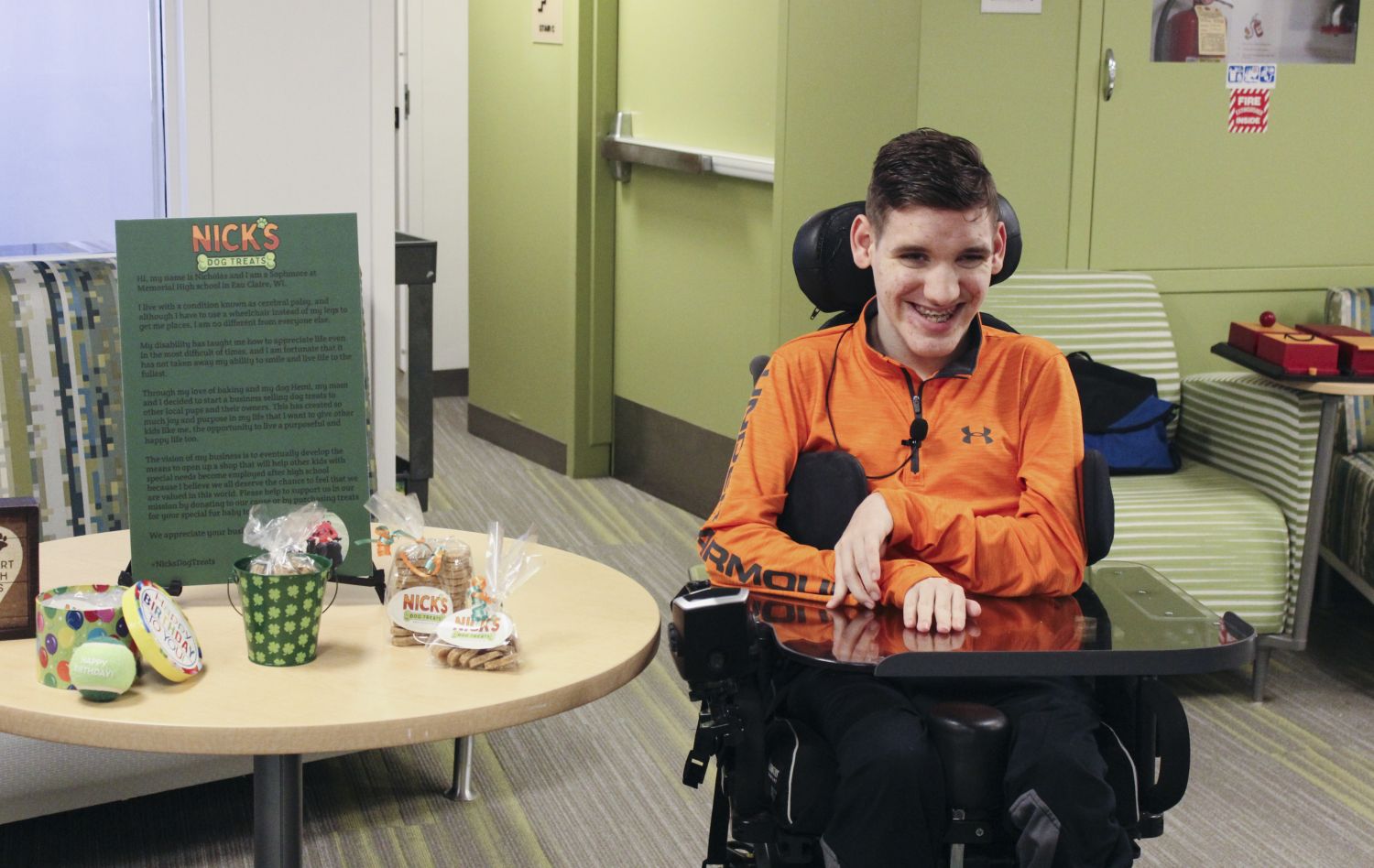 Jennifer sums up Nick and other kids’ ability to succeed in the business world post-education with this apt perspective: “I have told Nick his whole life he can do anything he wants to do – he just may need to ask for a little help.”

If you’re interested in helping Nick and Jennifer achieve their goal of opening Nick’s Dog Treats and Coffee Company, you can contribute to their GoFundMe page. 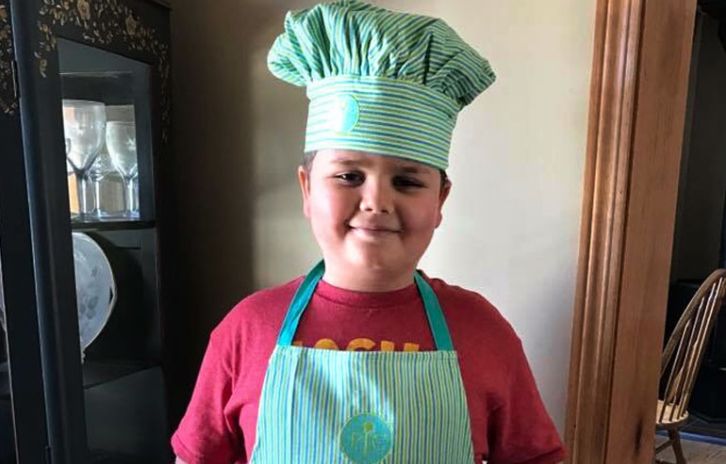 “Chef Caleb” Cooks His Way Through Diagnosis of Osteogenesis Imperfecta

Caleb Pence is decked out in an apron and chef's hat, and he's cooking up…

When Cameron's family became concerned about his head shape, their search for answers led to…