Inflammation in the Spine: Ankylosing Spondylitis in Teenagers and Kids 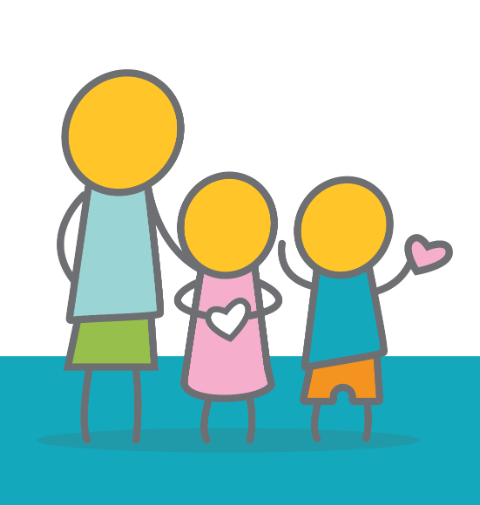 Ankylosing Spondylitis is a type of arthritis. It affects areas on the lower back and spine where the muscles, tendons and ligaments attach onto bones. The condition’s name derives from its symptoms. “Ankylosing” means stiff or rigid; “Spondyl” means spine; “Itis” refers to inflammation. In teenagers and children, the condition is referred to as “Juvenile Ankylosing Spondylitis (JAS)”.

JAS may lead to inflammation of the spine and large joints, resulting in pain and stiffness. The condition has the potential to create new bone formation across joints in the spine and/or lower back. This formation essentially fuses the joint(s) together, resulting in a restricted range of motion.

Juvenile Ankylosing Spondylitis is abundantly more common in boys than girls. It is unlikely for younger patients to show symptoms before the age of 18. Typically, signs of the condition occur between the ages of 17 and 35. Only about 10-20% of people will show symptoms before the age of 18. JAS is a chronic long-term condition. Some affected will have inactive periods where the disease is in remission. Others may have ongoing symptoms.

What causes Ankylosing Spondylitis in children?

JAS is categorized as a multifactorial condition, meaning “many factors” are involved in producing the condition. Therefore, researchers are not exactly sure what causes it. However, some information is known. It takes the combination of both parents’ genes and unknown external factors to produce the condition. Because of this, ankylosing spondylitis tends to run in families.

HLA antigens are a group of genes that can indicate whether a child will develop a certain disease. There is an antigen correlated with JAS called HLA-B27. Only a very small number of people with the antigen will develop JAS; but many children with JAS have HLA-B27. If your child has HLA-B27, they may have an increased chance of developing JAS. However, just because the antigen is present, does not mean your child has the condition.

The symptoms of JAS tend to come and go and can vary in different individuals, some of the most common include:

Many symptoms of juvenile ankylosing spondylitis may resemble other diseases and medical conditions. To receive an accurate diagnosis, schedule a consultation appointment with the experts at Gillette Children’s.

How is ankylosing spondylitis diagnosed in children?

Due to the symptoms being similar to other conditions, JAS can be hard to diagnose. At Gillette Children’s, clinical experts use a variety of diagnostic tests to diagnose JAS and any other possible complications.

Your healthcare provider will give your child a physical exam and ask about your child’s symptoms and medical history. Other diagnostic tests your child’s provider may order include:

The goals of treatment are to reduce pain and stiffness, prevent deformities and to help your child maintain as active of a lifestyle as possible.

At Gillette Children’s, a treatment plan tailored to your child’s needs would be made after considering your child’s symptoms, age, and general health. Treatment may include:

If JAS is left untreated, complications can arise. Work with your child’s provider to create an ongoing treatment plan that fits your child’s needs.

What can I do to help my child with Juvenile Ankylosing Spondylitis?

JAS is a long-term condition. There are many things you, as a caregiver, can do to help your child with JAS live a strong healthy life.

It is important to receive a diagnosis and seek treatment early to lessen the complications of JAS. You can help your child by: 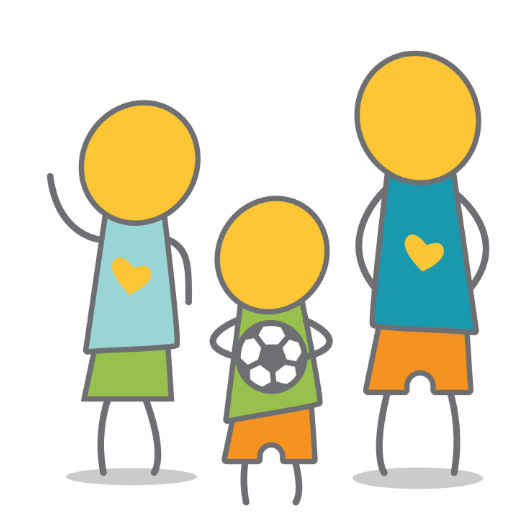 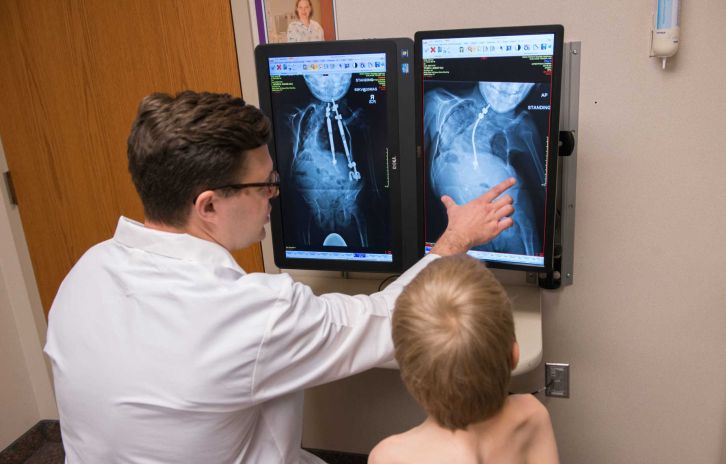 The Fred C. and Katherine B. Andersen Foundation awarded Gillette a generous grant to help… 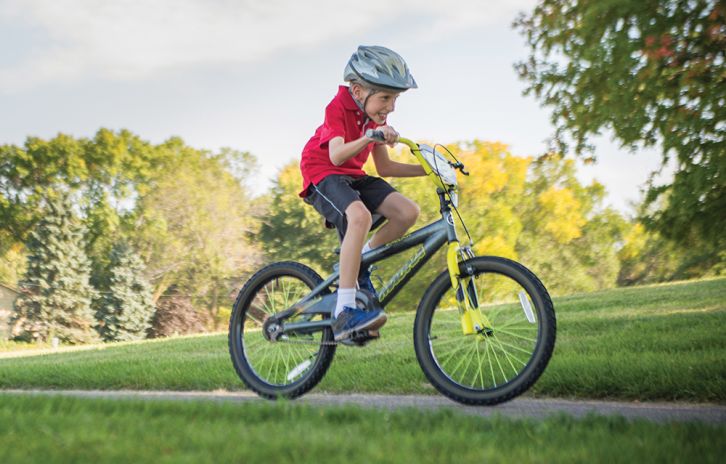 Joshua, a 10-year-old who has congenital scoliosis, dreamed of one day riding a bike. Learn…