The Power of Story: A Conversation with Tammy Sinkfield-Morey 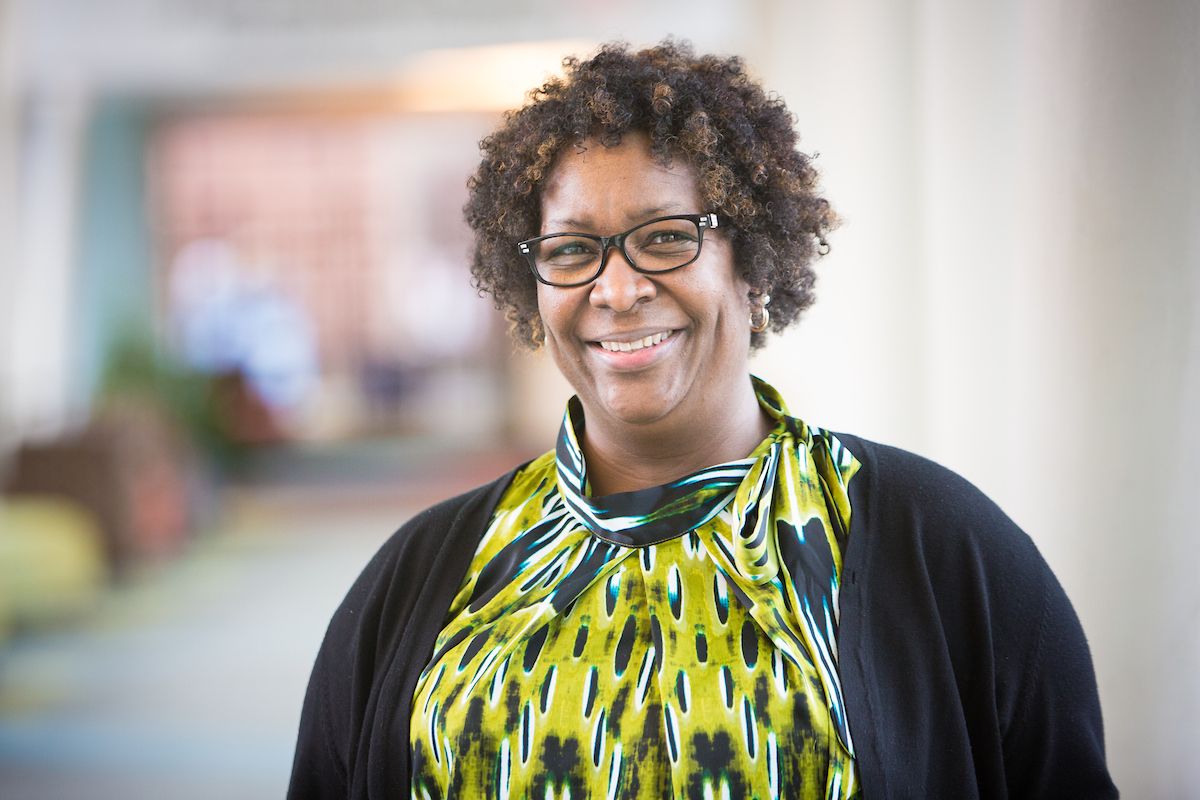 Tammy Sinkfield-Morey, DNP, MAN, RN, PHN, CRRN, is one of eight inpatient Nursing supervisors at Gillette Children’s and has worked at Gillette for 25 years.

She is well known by patients, families and fellow staff members alike for the compassion, kindness, joy and empathy she brings to her work and the care she provides.

When Sinkfield-Morey began her career as a nurse at Gillette, she was the first black woman to do so. Through the years, she’s been a tireless advocate for building a more diverse, equitable and inclusive workplace at Gillette.

She also recently served as a guest co-editor with Brigit Carter, PhD for the first issue of the 2021 Creative Nursing Journal in which her guest editor article documents a series of conversations with fellow colleague and nursing leader, Teddie Potter, PhD, focused upon methods for creating safe dialogues between people of different races to inform collective understanding.

We recently had a conversation with Sinkfield-Morey about her journal as well as what celebrating Martin Luther King Jr. Day means to her.

Your article in Creative Nursing centers around the importance of personal narrative and storytelling, which is not always what you expect from a medical publication, can you talk about why you made that your focus?

During my 20 years as a registered nurse, I was struck by the power of story, and what can happen when you share yours with another human being. Time and time again, it seemed that individual stories could bridge divides and differences that previously seemed intractable.

When I was working on my dissertation for my degree as a doctor of nursing practice, this quickly became the subject. The scope of it was more specifically tied to clinical settings, but I believe this is universal. There’s a power in having a story and we all have so many of them, but nearly everyone has several that for good or ill, become a part of them.

One for me, was when a patient’s grandfather yelled at me to get out of his grandson’s hospital room. He called me the “N-word” multiple times with a seething rage that nearly undid me. He yelled at me to get out of the room. Yet with all of the white bodies who stood by, no one came to my defense, acknowledged the inhumanity of the assault, or had any clue what to say or do.

I was raised in the North in the 1960s and my family actively went out of their way to shelter me from the negative effects of systemic racism. Of course, it was always there lingering in the background, but that experience with my patient’s grandfather was one of the first times I knew the full, oppressive weight of it.

That was a turning point for me. It shattered my belief in who I believed myself to be. For much of my life I wasn’t the “other,” I was the “only.” I learned how to fit in to a degree that I gave up my story, my power, and my strength.

After that day, I became committed to doing everything humanly possible to speak my truth and empower those around me to do the same. 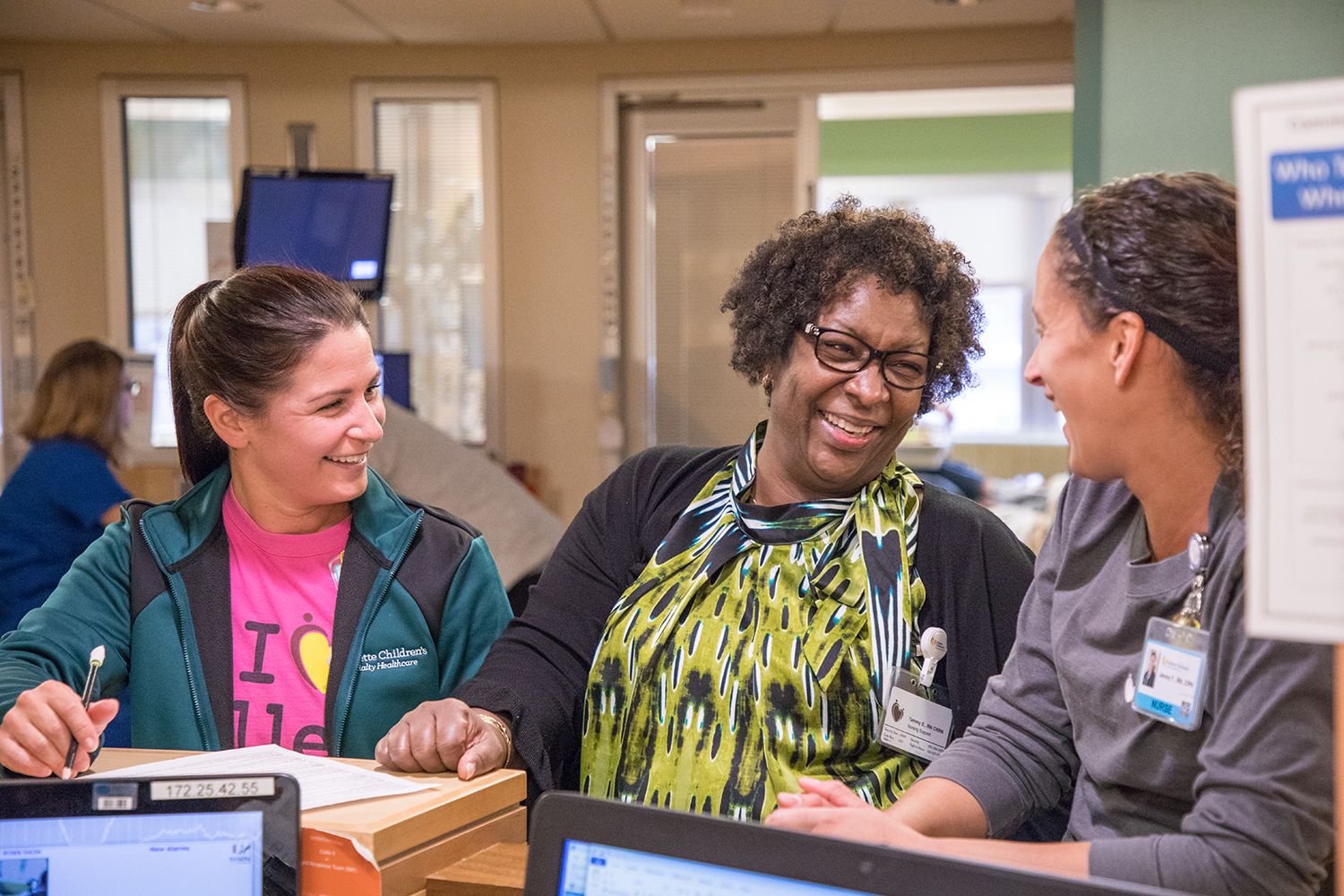 How did you and Dr. Potter decide upon the format for the conversations expressed in the journal?

We had a lovingly open conversation, however we centered the focus of our article around five seemingly straightforward questions, of the many profound and rooted ones we exchanged:

Teddi Potter is white and I am black. We’ve known each other as nursing leaders for about five years, but these were never conversations we’d had previously. In many ways, both of us came to terms with the scope and scale of racial inequity as adults in our 30s. These five questions revealed a great deal of our own personal experiences that we both grappling with.

Conversations of this sort are difficult and take practice, even with someone you consider a friend. That was kind of the point. Talking about these issues can feel overwhelming, and that’s before you even get to the final question of: “What do we do now.”

But by listening to Teddie’s stories and her listening to mine, but we both gained a greater understanding of how societal structures can work to shape who we turn out to be.

Based upon your experience having these difficult conversations, do you have any advice for other people? Also, can you explain what becoming “anti-racist” means to you?

I think the main thing to remember that becoming anti-racist is a process. You don’t need to get there perfectly and it’s rarely a linear journey. Being anti-racist really just means that you’re acknowledging that a problem exists, and you want to do something about it.

Structural, systemic racism in our society needs to be addressed and that’s impossible to do if we don’t speak open and honestly with one another.

The conversation around racism has often been framed around individuals acting overtly to suppress others. That certainly happens, but we need to also recognize how much of this is ingrained into our society. Whether it’s a racist nursery rhyme, phrase, stereotype in a movie or on TV, this is something that is part of us, and we’ve been avoiding it for too long.

This day provides a conscious space where a reflection of our stories and sharing our legacies helps us all to practice and display the vulnerability and transparency that is fundamentally necessary for us to learn and engage in structural and social change. It’s a time to begin to open our hearts to respect and love each other, genuinely.