Volunteer Ambassadors: Using “The Force” of Empathy to Improve the Patient Experience 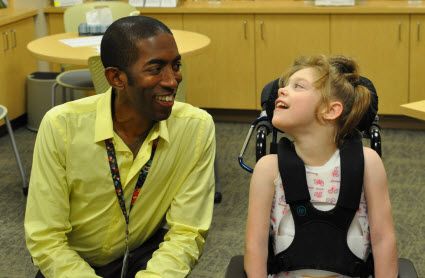 Ed Jenkins has a special skill.

While it’s not anything dramatic or over the top—Jenkins can’t move objects with his mind—it isn’t something that should be discounted either, even though it often is. Jenkins is really good at recognizing when someone else needs his help, and as the supervisor of Guest Services at Gillette Children’s, he and his team have leaned heavily on that skill in the creation of a Volunteer Ambassador’s Program that is fundamentally transforming the way patients and their families enter the hospital.

“I myself was in and out of hospitals as a kid growing up, so I know how stressful hospital stays can be, and this is especially true for families with children who have disabilities, as they may have several different appointments in the same visit,” saysJenkins. “In guest services we’re always trying to find ways we can make things easier for our patients and guests, and we realized that we needed to start at the beginning of the process, right when someone walks in the door.”

In the past, Gillette had volunteers who would serve as greeters who welcomed guests as they entered the hospital, but as Jenkins will tell you, this model was at times a bit more reactive than he would have liked.

“We just didn’t feel like we were doing everything we could for our guests,” says Jenkins. “That’s when the concept of the ambassador’s program really started to take shape. We wanted to train our volunteer greeters to proactively be the first point of contact with our guests that set the tone for how their visit was going to go.”

The ambassador’s program was piloted in the summer of 2015 and was met with almost immediate success, as far fewer families found themselves in the wrong place while trying to check in. The program now has 11 volunteers who serve as ambassadors, and the program continues to grow.

“Part of the reason I think the initiative was successful was that the training of our volunteers involved teaching them how to pick up on nonverbal cues and body language,” says Jenkins. “It can feel a little like using ‘The Force,’ but really it’s just being observant and attentive when people walk in the door. If someone appears overwhelmed or is looking for directions, generally you know that this is the moment to step in, and it’s amazing to see the instant response you get—the stress relief.”

Getting to the destination is only part of the equation

Another reason the ambassadors are so often greeted with a positive response, is that they don’t just give directions. More often, they actually take guests to where they are looking to go.

“It’s a small, simple thing, but during this process you get to spend a little time with the family, and we’ve been amazed by some of the connections that have formed just on the walk from the front door to their appointment,” says Jenkins. “One of my ambassadors, Kyle Chambers, wanted to volunteer because he previously had been a patient at Gillette. He has Cerebral Palsy, and during his shift he ended up talking with a family and their little girl who had a surgery coming up. It just so happened that he had gotten the same procedure in the past. The family was really encouraged, because here’s this young man, who is a walking testimony of the great things that happen here, and he’s one of the first people they interacted with when they entered the building.”

The Ambassador’s Program is currently accepting applications for new volunteers, and Jenkins encourages anyone with a passion for service to get involved.

“Going to the hospital is a daunting thing for families, but sometimes it’s easy to forget that it’s not just the medicine that matters,” says Jenkins. “We want our patients and families to come away feeling good about the time that they spent here, and the ambassador’s program is just one of the many ways we are trying to meet that goal at Gillette.”

As Jenkins says, sometimes the best solutions are the simplest.

“When I was a kid in the hospital, the nurses and registration staff remembered my name when I’d do my check-ups, and that always made me feel welcome. It’s incredible to think that now I’m on the other side of the desk recognizing families by name…it’s come full circle.”

Those interested in volunteering at Gillette Children’s should fill out an application online.

Any questions about volunteering at Gillette or the Ambassador’s program can be directed to volunteer@gillettechildrens.com or 651-578-5004.

Sorting Through a Childhood Diagnosis: 5 Tips for Parents

Every parent wants their child to be healthy, but that isn’t always the case. The reality…

"Like most kids, Christina likes to go fast,” says her dad, Derek Kademan. "If she’s not… 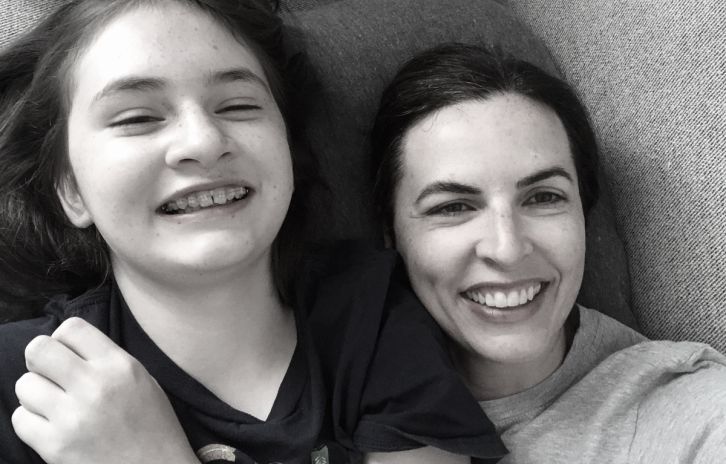