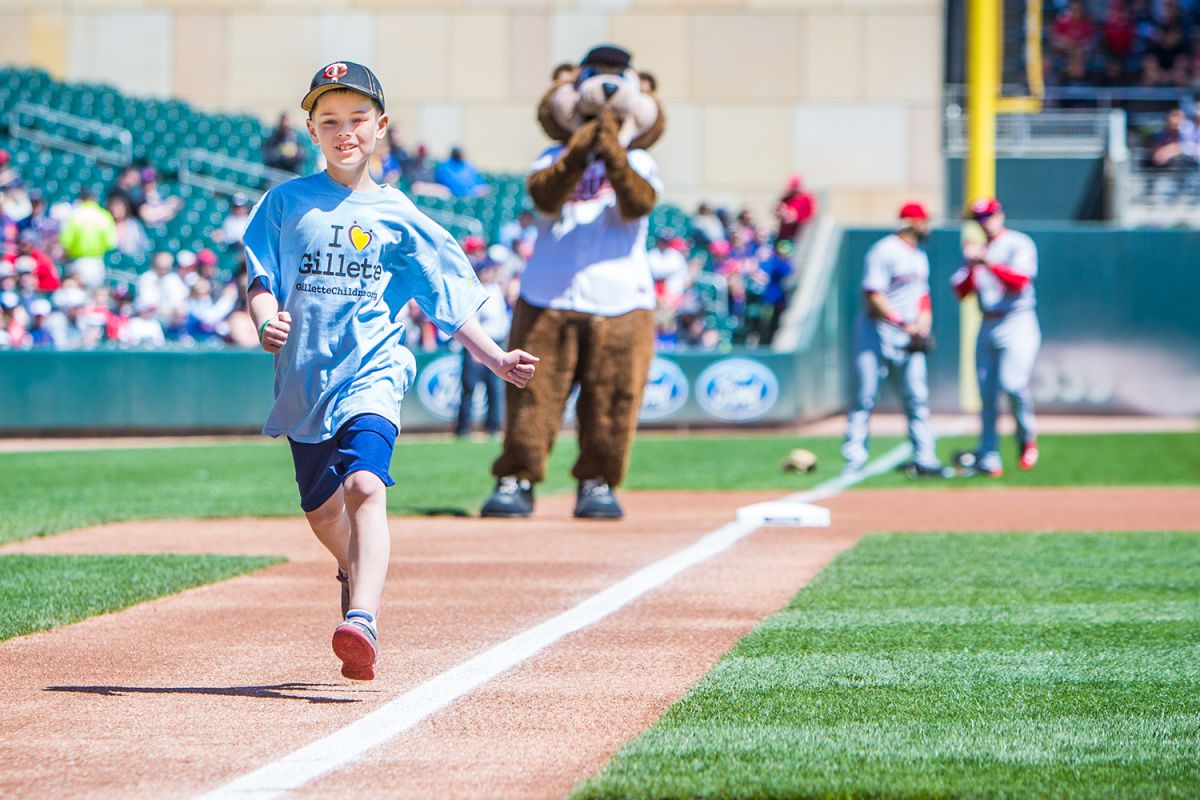 As honorary Minnesota Twins team captain on April 15, 2018, Wyatt (who is a huge Twins fan) ran from third base to home plate. He was greeted at home plate with a high-five from Joe Mauer!

Wyatt Lawson doesn’t remember when he started having seizures; he was only 2 years old. But his parents, Whitney and Dennis Lawson, recall the time distinctly. “He was slumped over, drooling and unresponsive,” says Whitney. “I’m a nurse myself and it looked to me like he’d had a stroke.”

When the same thing happened one month later, Wyatt’s parents sought out Gillette Children’s, a leader in neurology care. Originally scheduled for their first assessment in a month, the Lawsons soon received a call—after reviewing his records, Wyatt needed to be seen sooner rather than later.

An EEG revealed Wyatt was experiencing multiple seizures, most without visible symptoms. Wyatt reacted poorly to anti-epilepsy medications. And after rigorous and trying tests, he wasn’t deemed a candidate for brain surgery. His parents call this the worst time in their lives. “The next step was trying more medications, and at one point, he was on three at the same time. A year later, they weren’t working,” says Dennis. 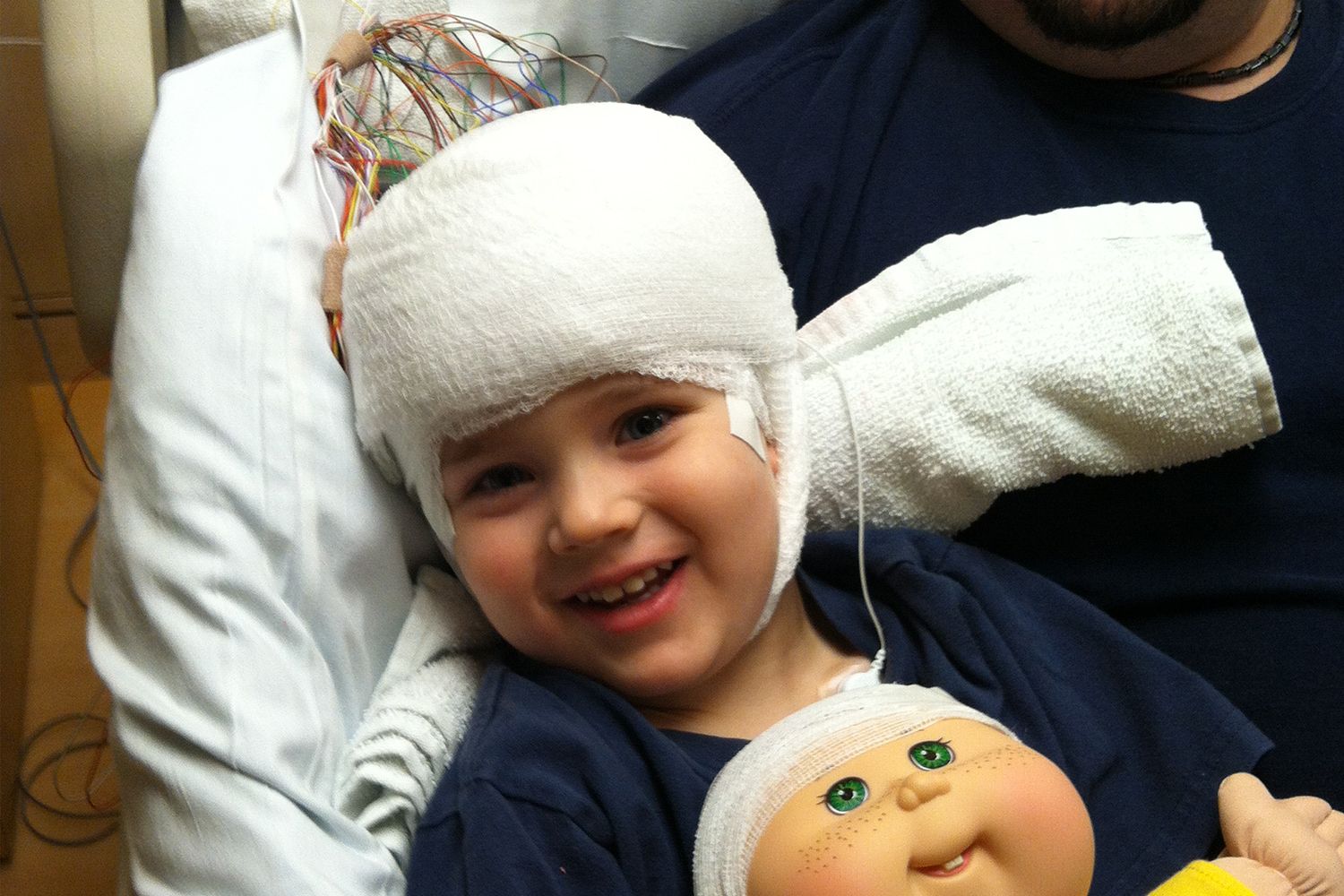 VNS prevents seizures by sending regular, mild pulses of electrical energy to the brain along the vagus nerve in the neck. A stimulation device, located under the skin on the chest, generates the electrical pulses. Gillette neurosurgeon Debbie Song, MD, placed Wyatt’s device when he was 5 years old, making him among the youngest-ever patients to receive VNS.

VNS doesn’t affect immediate change; improvements are gradual. One year after Wyatt’s VNS surgery, his parents saw him sleeping better at night. His teachers noticed more progress in school; what was previously assumed to be daydreaming was in reality a seizure.  He became alert and active. Cognitively things seemed to be clicking and he was no longer in a fog.

Wyatt is still monitored via EEG testing for seizures. His buddy Linda, an EEG technologist, has been performing his EEGs since age 2. “She makes the process so easy for him—so fun he forgets he’s there,” says Whitney.

“For children who have epilepsy, every seizure can potentially impact their ability to learn or participate in normal childhood activities.  Wyatt’s quality of life has improved with seizure control. Epilepsy no longer disrupts his life,” says Nicole Williams Doonan, MD, Wyatt’s neurologist.

“When Wyatt was 2, I never thought this day would come; that I can be relaxed,” says Whitney. “You never want to give up on your child. Gillette finally gave us hope.” 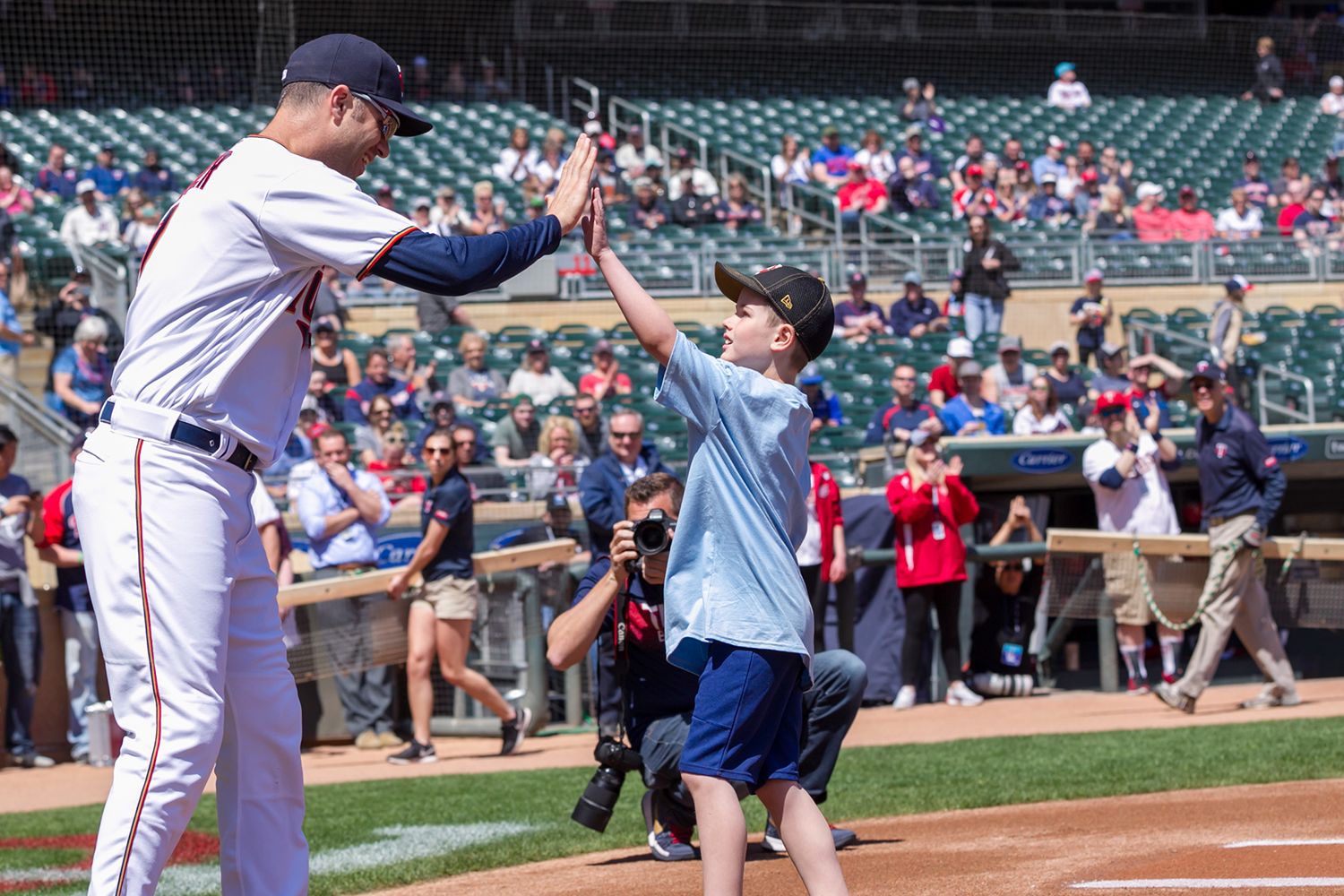 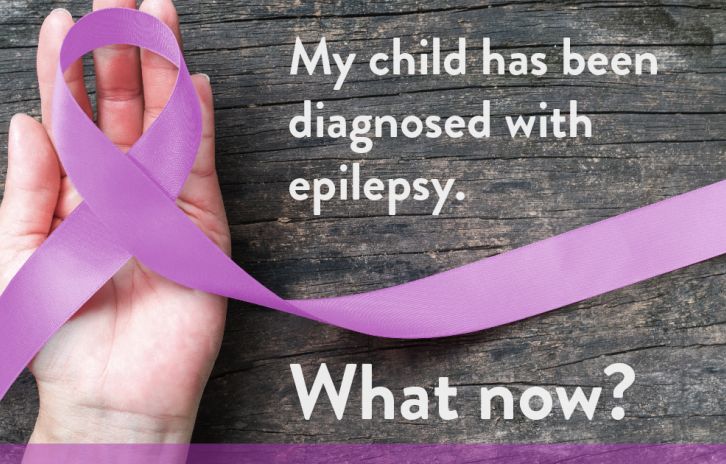 Infographic: Life After an Epilepsy Diagnosis

If your child is diagnosed with epilepsy, know that you're not alone. Take a look… 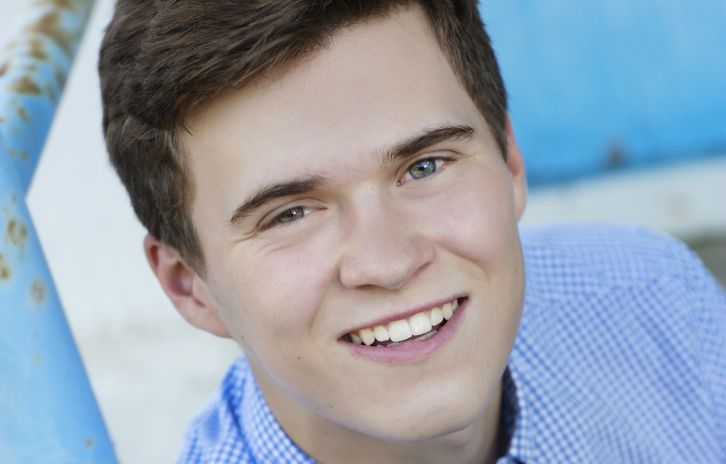