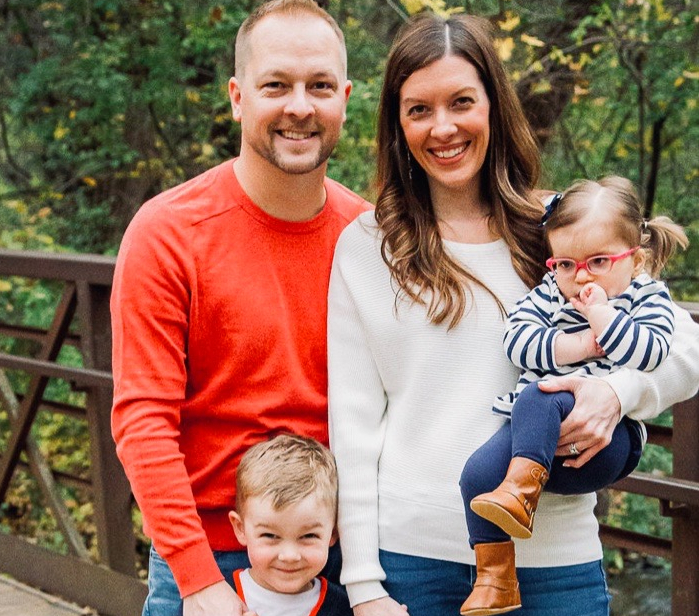 My daughter Macy is two years old. She has a deletion on chromosome 18, which includes a condition called Pitt-Hopkins syndrome and has frequent appointments at Gillette Children’s for physical, occupational and speech therapy.

Needless to say, when COVID started my husband and I were very concerned about how we could continue Macy’s appointments. She’d made a great deal of progress and we didn’t want her to regress.

When virtual appointments were first proposed, we were appreciative but admittedly skeptical about how that would work. But having recently made the shift over to virtual appointments, we’ve been pleasantly surprised by how seamless the transition was.

Naturally, there were some growing pains in the beginning, but there were many benefits that emerged over time. 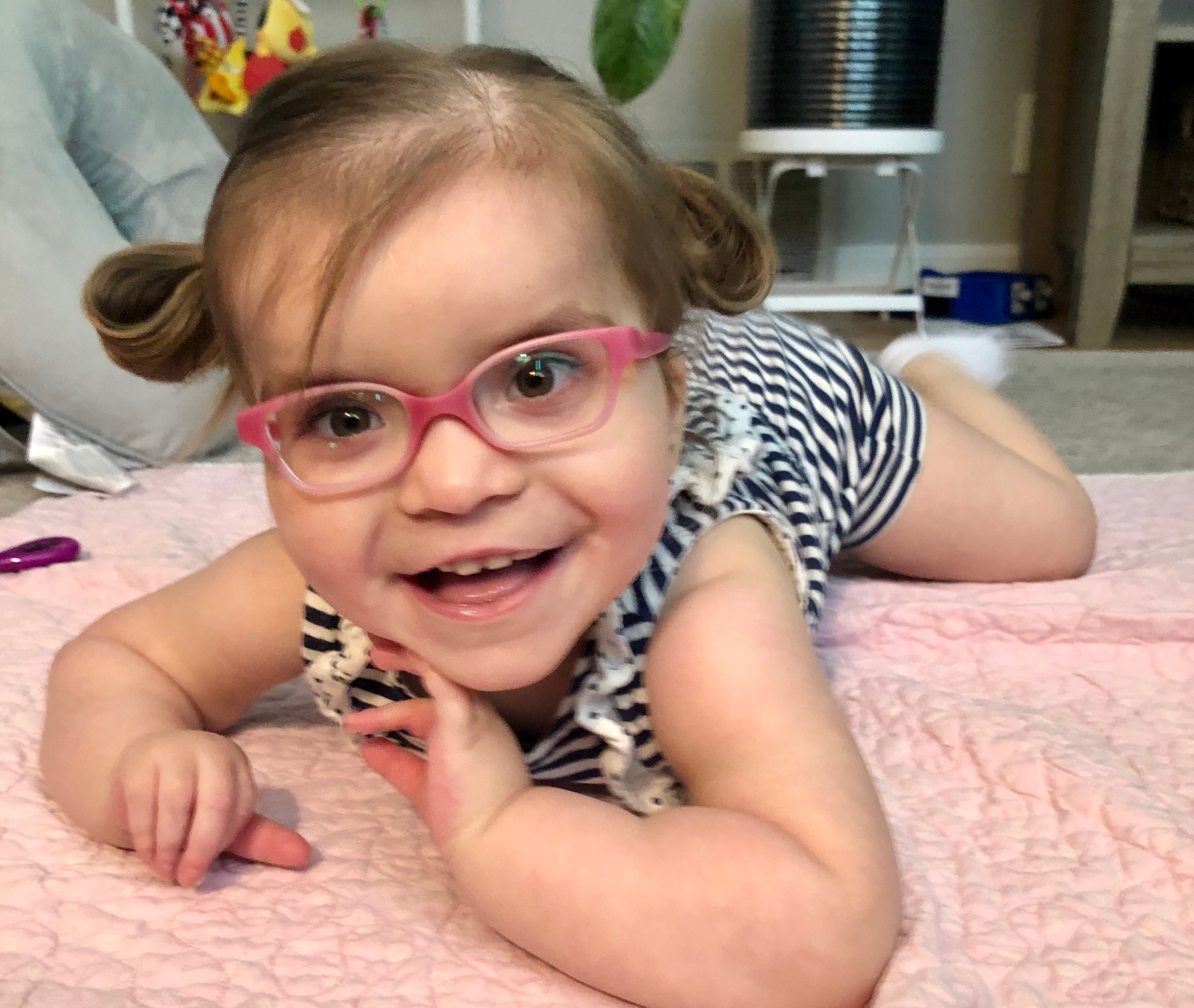 For one, there’s just the convenience. My husband and I are both teachers, so it would be rare for both of us to be able to attend Macy’s appointments in the past. Being able to do her appointments from the comfort of our own home with both of us in attendance has really been a tremendous comfort.

We live in Bloomington, so it’s not like we have the longest drive to Gillette, but as anyone who has young children can probably identify with, two-year-old’s are not always the easiest travel companions. There’d be days when Macy just wasn’t feeling super cooperative in therapy. That still happens sometimes (though I’ll say it’s happened far less when doing our appointments at home), but when it does, it doesn’t feel as defeating as it did when you had to drive to the appointment and back after a crappy session.

While doing our appointments virtually was strange at first, in many ways, it’s oddly more intimate. Macy’s doctors and therapists get to see her in her own environment. They get to see what she looks like when she’s in her stander, or how she interacts with her older brother.

There’s also been the way this has changed our own relationship with our therapists. When we’d come in for appointments in the past, we’d try to interact and be involved as best we could, but there is a natural tendency to try to stay out of the way and let the medical staff do their thing. That’s really not possible at home.

Everything they’re trying to get Macy to do, we have to do physically ourselves. Which, seeing that we’re supposed to be practicing these things on our own, is actually quite helpful.

We’ve had to get a bit creative at times and find things around the house that could fill in for different objects she’d be using in a traditional therapy session. But that problem solving has actually brought us closer to her therapists. It feels more collaborative. Like we’re all getting to the same place together.

I think it’s also helped them gain a better understanding of where we’re coming from, in the sense that if we’re not understanding something, we have to ask about it and find a solution.

I know it won’t be an option for every appointment, but in a time where everyone is a bit worried about a lot of different things, it’s been really nice for this not to be one of them. I’m hoping that we’ll find that while COVID has put up barriers, when we come out of this, it may have taken some down as well.

I for one, hope that having easy access to virtual appointments when possible going forward is one of those things. 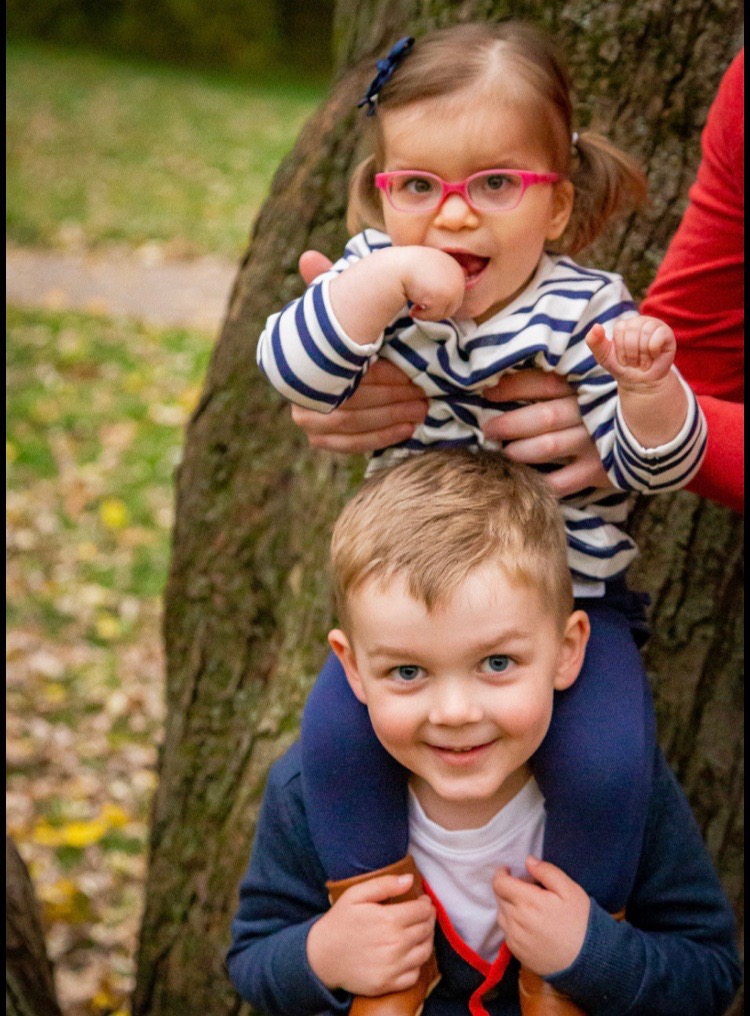 Many of us are cooped up in our homes due to COVID-19. It’s a major change…

Many of us are cooped up in our homes due to COVID-19. It’s a major change for many families. Luckily, Gillette experts have some useful tips on activities families can do using simple items found in most homes.

Gillette Children's is doing all we can to ensure the safety and health of our patients and will continue to provide updates as new information regarding COVID-19 emerges.