On a bright September day, Candice Surcey arrives at the Minnesota Zoo with her 7-month old son, Walker. As Walker takes in the zoo’s sights and sounds, Surcey savors the outing—and reflects on its significance for her family.

“It was a great day,” she recalled nearly a year later. “Walker’s hair was starting to grow in. We didn’t get any curious looks because of his scar or the shape of his head.”

It was the type of experience that Candice and her husband, Brad Surcey, eagerly anticipated when they learned they would become parents. But from the beginning, Walker’s arrival didn’t align with their expectations. He developed breathing problems at birth and ultimately spent 11 days in the neonatal intensive care unit. “We thought we’d been through the worst of it,” says Candice Surcey.

Shortly after Walker’s parents brought him home, however, new questions developed— this time, surrounding the shape of their son’s head. “His head formed an indentation from ear to ear,” Candice Surcey remembers. “By the time he turned 2 months old, we had really started to notice it.” At Walker’s 2-month check-up, his pediatrician expressed immediate concern. 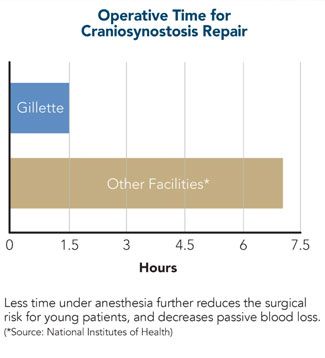 Walker and his parents would meet with craniofacial specialists the next day. They confirmed Walker’s diagnosis of craniosynostosis, a condition in which one or more sutures in a baby’s skull fuse prematurely. While most babies with the condition have only one fused suture, a CT scan revealed Walker had at least five. “Suddenly, the unknowns were gone,” says Brad Surcey of the hourlong discussion with the craniofacial team. “We had a plan and we were going to follow it.” 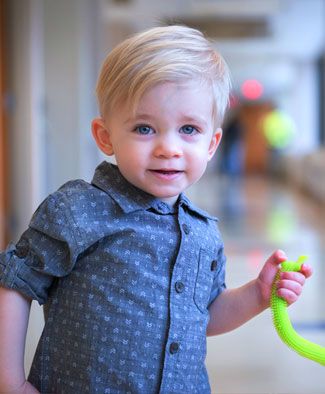 A Safe and Transfusionless Surgery

Walker had cranial vault remodeling surgery at 4 months old. Because of our innovative approach to the procedure, Walker didn’t need a blood transfusion, something that 90-100 percent of patients typically need. Even better, the team accomplished enough during the procedure that it’s unlikely Walker will need a second corrective surgery.

“We call him independent and determined,” describes Brad Surcey. He says his hope for Walker is a healthy childhood. “Hit those developmental milestones.  Have fun and be happy.”

When Cameron's family became concerned about his head shape, their search for answers led to… 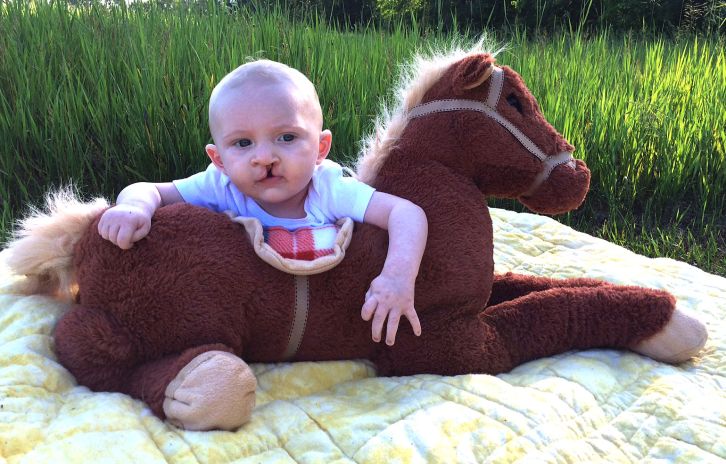 Preparing for Cade Before Day One

When Angela Hartwig, a nurse at Lakewood Health System in Staples, Minnesota, learned her baby…