Lindsay Osterhoudt held it together for as long as she could. But as the past four months culminated into one defining moment, the finality became too much to bear. “When the nurse took Cameron into the operating room, I lost it,” she admits. “I couldn’t be there with him — that was the worst part.”

Osterhoudt describes Cameron, the youngest of her three boys, as a rough-and-tumble toddler with a mischievous streak.  When he was born, she couldn’t help but notice his forehead’s pointy appearance. As Cameron grew and the shape became more pronounced, Osterhoudt sought answers. 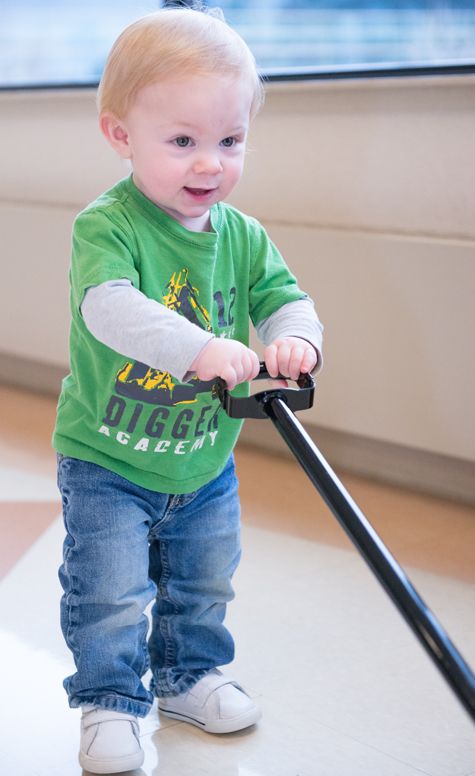 A referral to Gillette Children's confirmed Cameron had craniosynostosis, a condition that causes abnormal skull shape. “You think your baby is perfect and to find even one little thing wrong is heartbreaking,” says Osterhoudt.

Craniofacial specialists told the family that cranial vault remodeling surgery would give Cameron’s brain room to grow properly and prevent developmental delays. “They were very to-the-point, which was exactly what I needed,” recalls Osterhoudt. “I don’t need fluff. I just need to know what is going on.”

Osterhoudt remembers feeling comforted knowing that pediatric neurosurgeon Patrick Graupman, M.D., would partner with the craniofacial team on the procedure. Learning Cameron would likely not require a blood transfusion — which significantly limits the risk of bleeding an 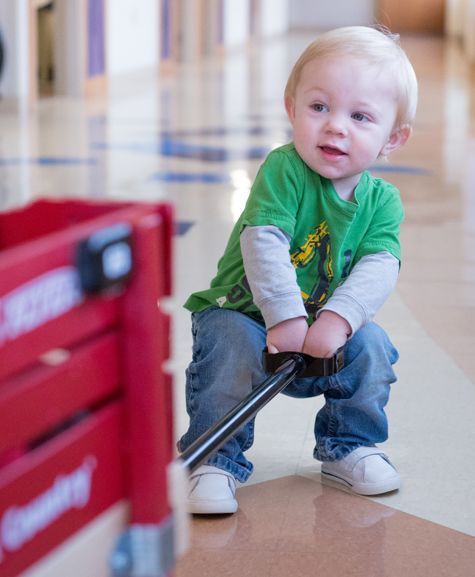 As Cameron recovered from surgery, the attentiveness and compassion shown by his nurses made a lasting impression. “Cameron was hooked up to so many tubes and wires that I would get nervous to hold him,” says Osterhoudt.  “But the nurses moved everything. They made it easy for me to comfort him.”

Osterhoudt needs only to look at her son, today 16 months old and thriving, for validation she made the right choice.  “He walked on time and talked on time, and is pretty much a normal boy,” she says.  She adds that she’s excited to talk with him about the surgery, and to show him pictures, as he gets older. “I want him to understand that we did this to better his future.”