Welcome to the Everybody Club 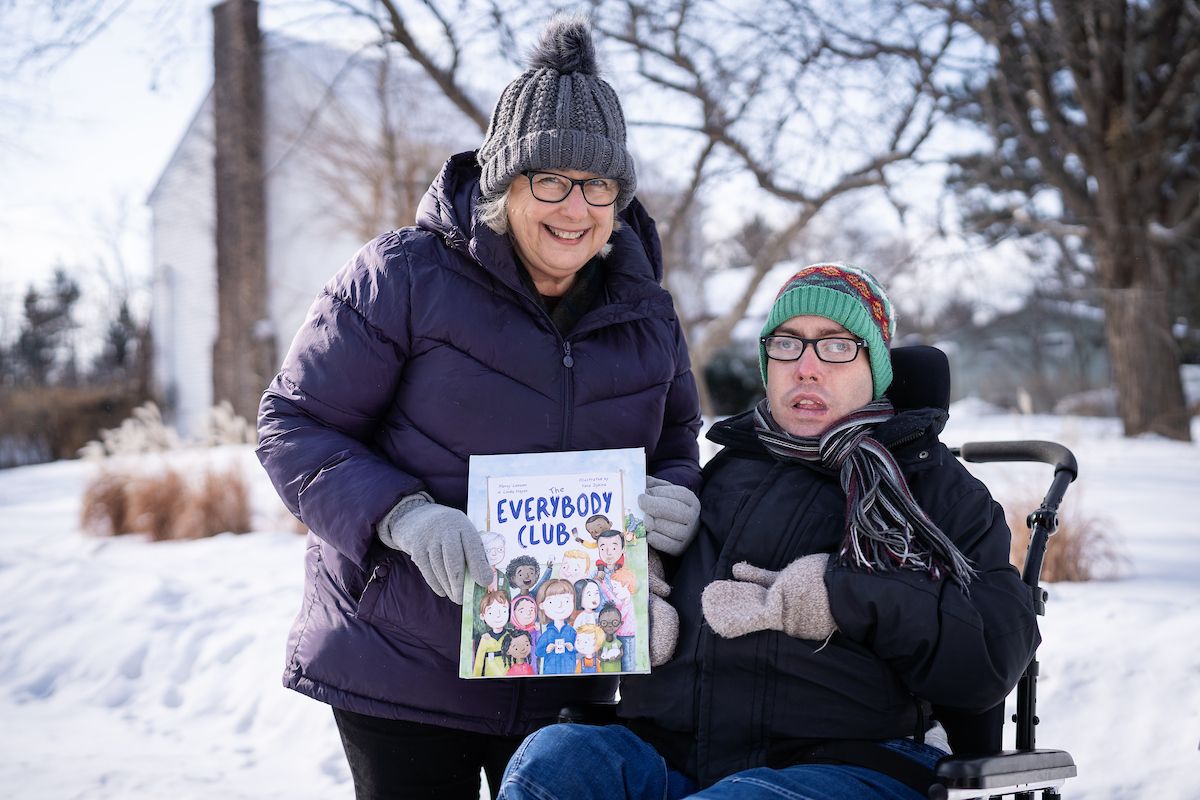 Linda Hayen and her son Phillip hope children enjoy the message of inclusion in "The Everybody Club" book.

“The Everybody Club” is a book about love.

It easily could have been a book about grief, heart break and the struggles in life. But that’s not what author Linda Hayen and her daughter Carissa want to put into the world.

As Linda recalls, her daughter was always wise beyond her years and had a drive to make everybody feel loved. “Carissa was the oldest and just always had a special bond with her younger brothers, Phillip and Todd. Phillip was born when Carissa was about 20 months old and from the day he was born we knew he was different,” Linda says. “Phillip cried constantly and wasn’t developing like a typical child. This, of course worried me as a mother but it didn’t affect Carissa. She just loved and accepted her brother.”

Carissa knew her brother was different but couldn’t understand why other people treated him differently. Phillip was diagnosed with cerebral palsy when he was about 5 months old. “At that time, we lived in Waterloo, Iowa,” Linda says. “We heard about Gillette Children's in St. Paul and knew it would be the best place for Phillip to get care.”

A new job and the commitment to Phillip’s care prompted the family to relocate to Minnesota. Phillip came to Gillette for many surgeries, therapy, and various treatments. Phillip, now 35, has a very involved level of cerebral palsy and uses a wheelchair for mobility and an eye gaze communication device. “We really love and appreciate the staff at Gillette and have strong relationships with Dr. Steven Koop and Dr. Mark Gormley,” Linda says. 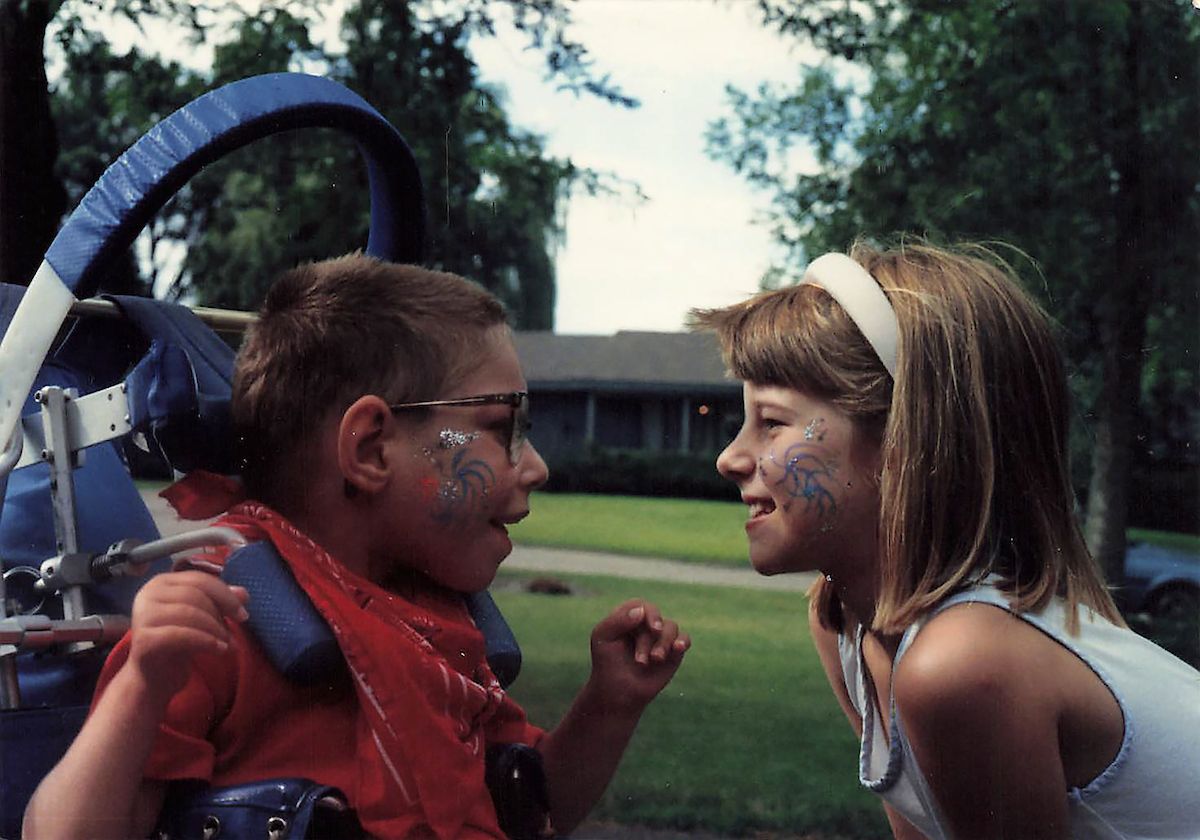 Carissa and Phillip Hayen celebrate the Fourth of July as children. (photo courtesy of the Hayen family)

The Everybody Club was formed

“When Carissa was 10 she decided to form a club and the motto was “Include everyone, learn and you’ll have fun,” Linda recalls. The Everybody Club meetings were held in the Hayen family’s Eden Prairie, Minnesota basement and included everyone who wanted to join. “Friends, dolls, stuffed animals, pets, and relatives were all included in the Everybody Club,” Linda laughs.

Carissa was the Everybody Club president and made membership cards, badges, and the club “rules.” The rules were fairly informal but the purpose of the club was strict—“Include everyone, always, in everything.” Carissa knew the importance of feeling loved and included. 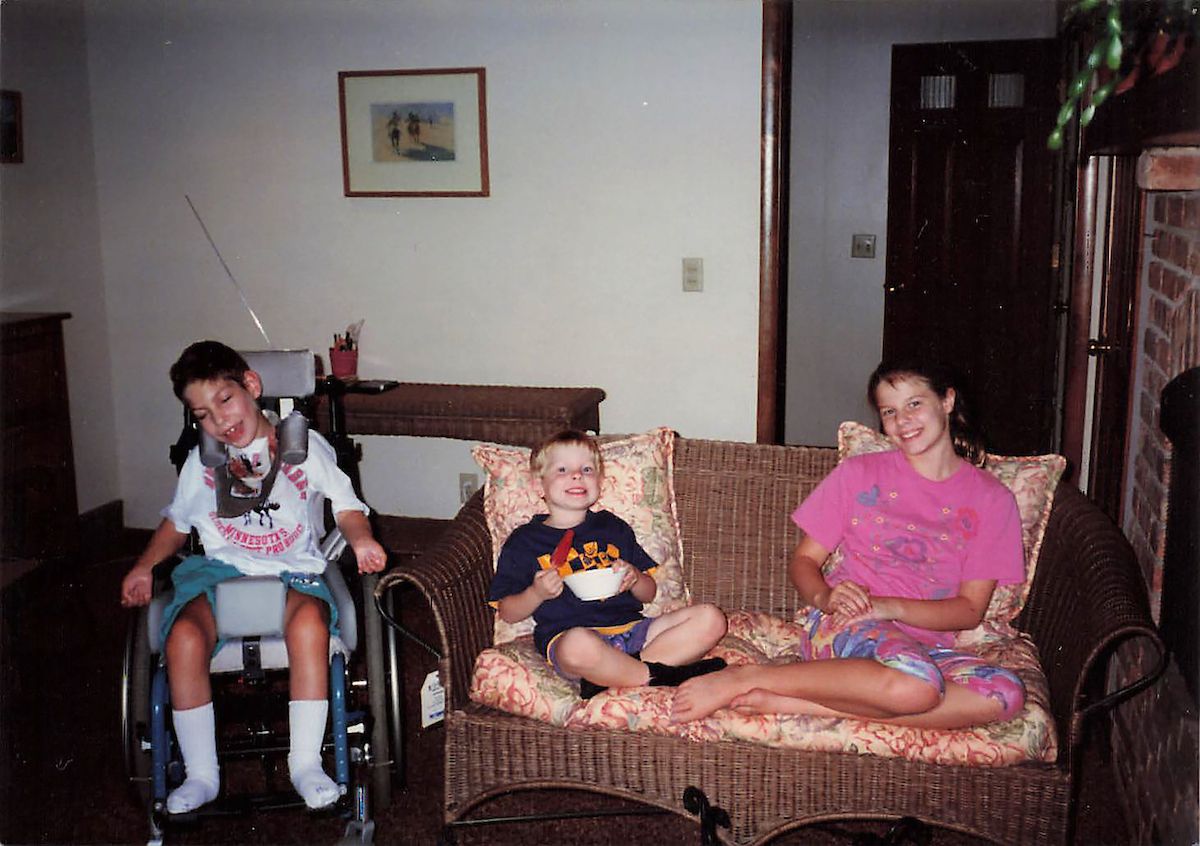 A dream to make a difference

As she got older, Carissa became a strong student at Eden Prairie High School, played the French horn in the Minnesota Youth Symphonies, and dreamed of a career in politics. “In 2000 Carissa took at school trip to Washington, D.C. When she came home, she told me she was inspired to get into politics so she could help nations and people get along,” Linda says.

A few weeks after that trip Carissa died in a car accident. She was 16.

“Carissa’s been gone now for about 21 years,” Linda says. “But I think of her every day and try to view the world through her eyes.”

Several years after Carissa’s death Linda found a box filled with badges and the founding documents of the Everybody Club. “It was amazing to think back on this club and how Carissa was determined to make sure everyone who wanted to be included was,” Linda recalls. “With all that’s happening in the world lately it got me to thinking that Carissa’s message is needed now more than ever.”

That realization was the spark for Linda to write a book about the Everybody Club.

“When I first started, I had the idea that all I wanted to do was to create a book and hold it in my hand. It would be like holding a piece of my daughter,” Linda says.

Linda had never written a book before and was unsure how to start. She met her eventual co-author, Nancy Loewen, at church and made a connection. Loewen is experienced in the book world and has published more than 140 book for children, including the Minnesota Book Award finalist “Four to the Pole!” that she co-authored with explorer Ann Bancroft.

The two envisioned a joyful, colorful book aimed at young children that would spread Carissa’s message of inclusion. 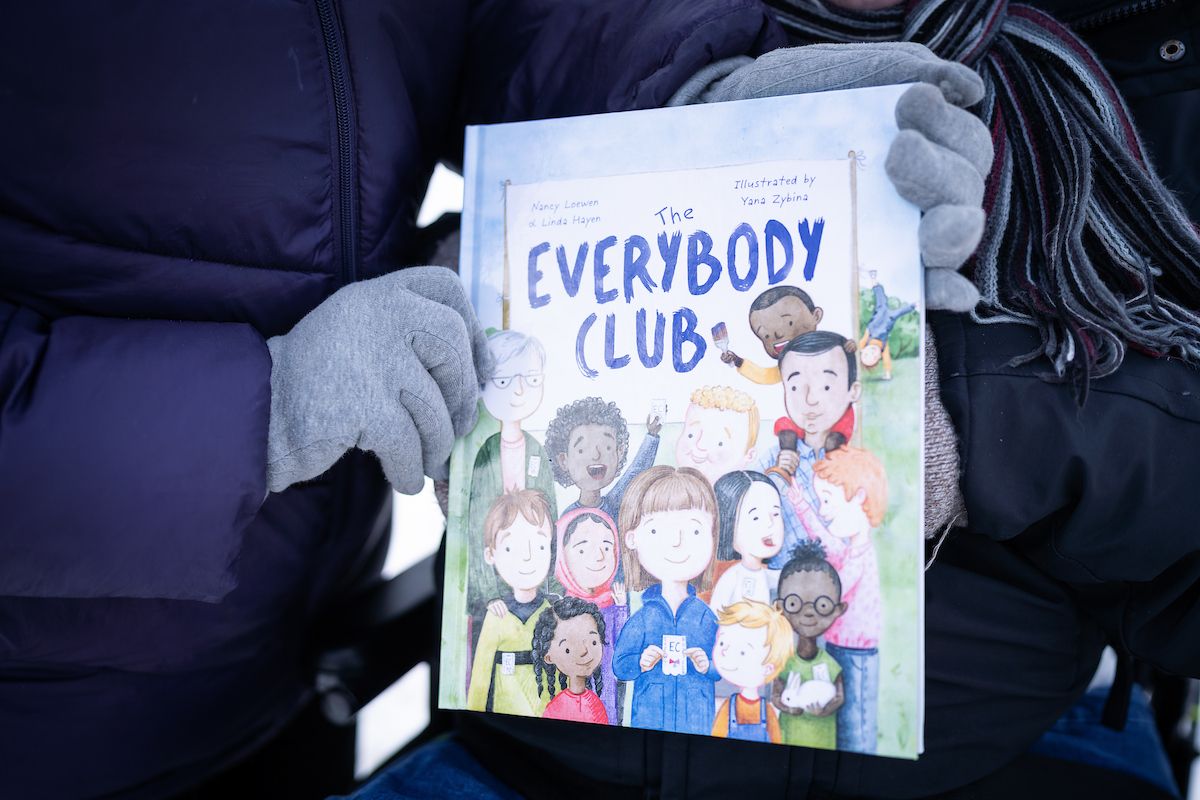 “We call it a romp!” Linda Hayen jokes. “We worked with a talented illustrator based in Russia and were sure to include all kinds of people in the book and club,” Linda adds. “We also wrote it in rhyme so it would be fun for younger kids to hear and read.”

The main character in the book is based on Carissa and her brother Phillip is also a central figure. The last line of the book states “The Everybody Club turns THEY into WE.”

We all want to belong 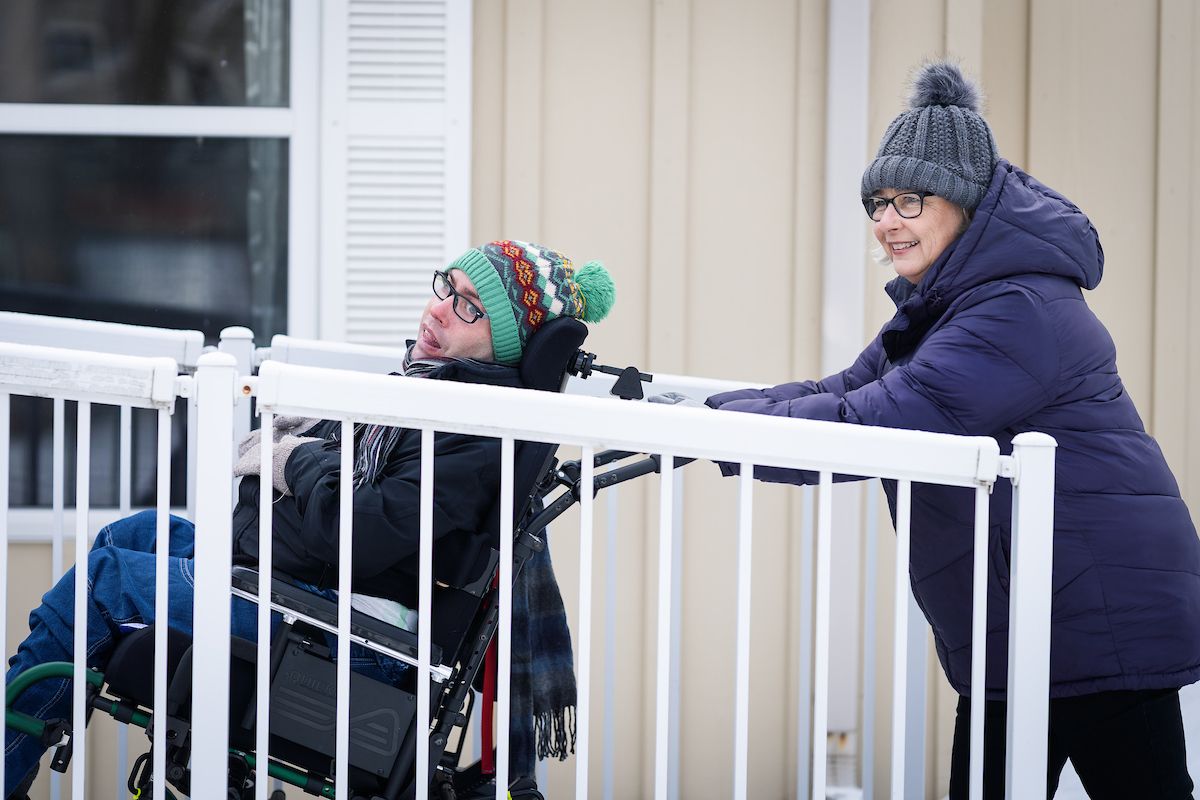 Linda Hayen is pleased the book shines a light on Carissa’s focus to make sure everyone feels loved and included. “I wanted to create a book that makes people feel good,” she says.

Dealing with the loss of a child and helping her son navigate his complex medical condition has not been easy, but Linda believes in the power of putting positivity into the world.

“Now that the book is out, I feel like it was just meant to be,” Linda says. “The Everybody Club book has taken on a life of its own and I hope the message and concept spreads. We all want to belong.” 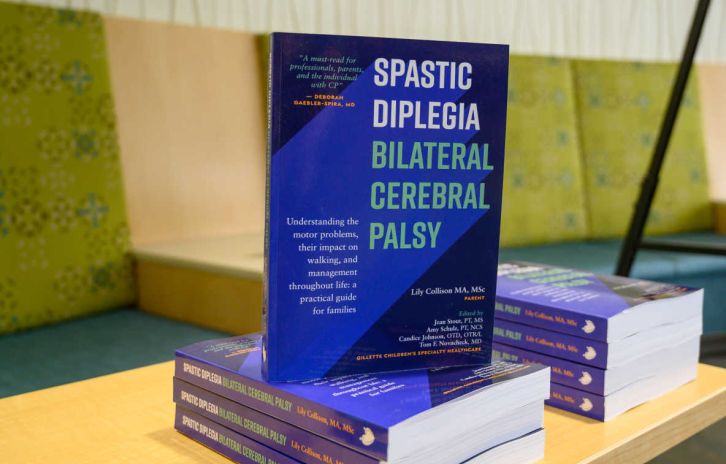