A Crowning Achievement for Joe 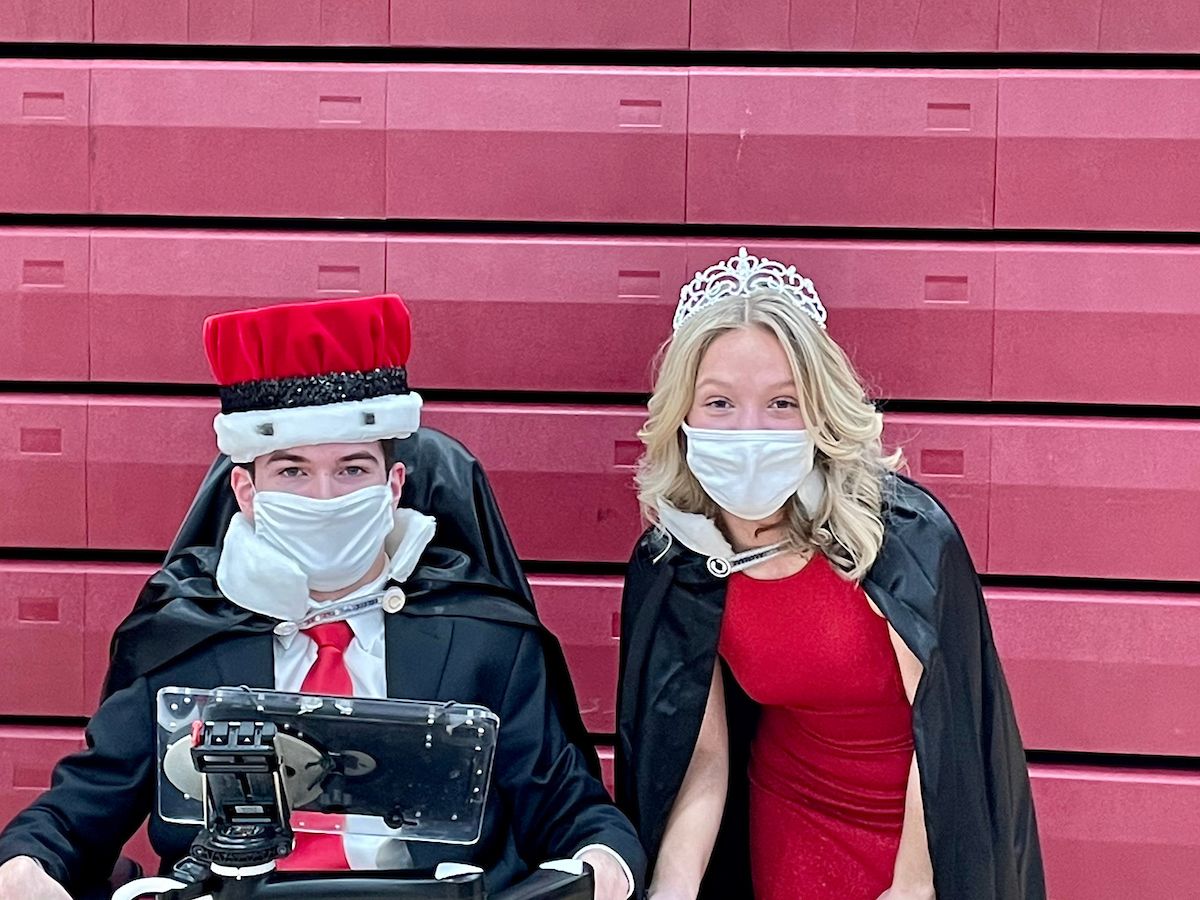 March is National Cerebral Palsy Awareness Month. Gillette Children's enhances the lives of people who have cerebral palsy (CP) and advocates for their well-being and care. Joe Carr has received CP care at Gillette for most of his life. He recently received a special honor from his high school classmates and is a strong example of Gillette’s focus on inclusion and realizing your potential.

Joe Carr is the number one fan of the Richfield Spartans basketball team, a generous fundraiser for Gillette Children's and now he can add “royalty” to his list of accomplishments.

This past February, Joe, a 17-year-old Richfield High School senior, was thrilled to be crowned the Fire and Ice King. The moment was literally the crowning achievement to a busy and successful high school experience.

Joe says he was “happy and excited” about receiving the honor during a small, socially distant school assembly. Due to COVID-19 restrictions only members of the royal court and family were there for the ceremony. Joe’s mother, Kristi, and dad, Mike, attended the event. “We were so happy and grateful to Joe’s senior classmates for selecting him to represent them,” Kristi says.

Joe has received cerebral palsy care at Gillette Children's for the past 14 years and is the personification of Gillette’s mission of CAN. Doctors at Gillette diagnosed Joe as having quadriplegic cerebral palsy when he was 3 years old. His level of cerebral palsy means all four of his limbs are affected and he has difficulty speaking. He uses a power wheelchair and an augmentative and alternative communication device that runs on his iPad.

His family credits the expert medical care Joe has received at Gillette as the key to his success as a high school student. “The people at Gillette are always looking for ways to make Joe’s life even better,” says his mother, Kristi Carr. “Having a power chair, a tray, iPad mount and chair standing pieces helps Joe be independent at school,” Kristi adds. 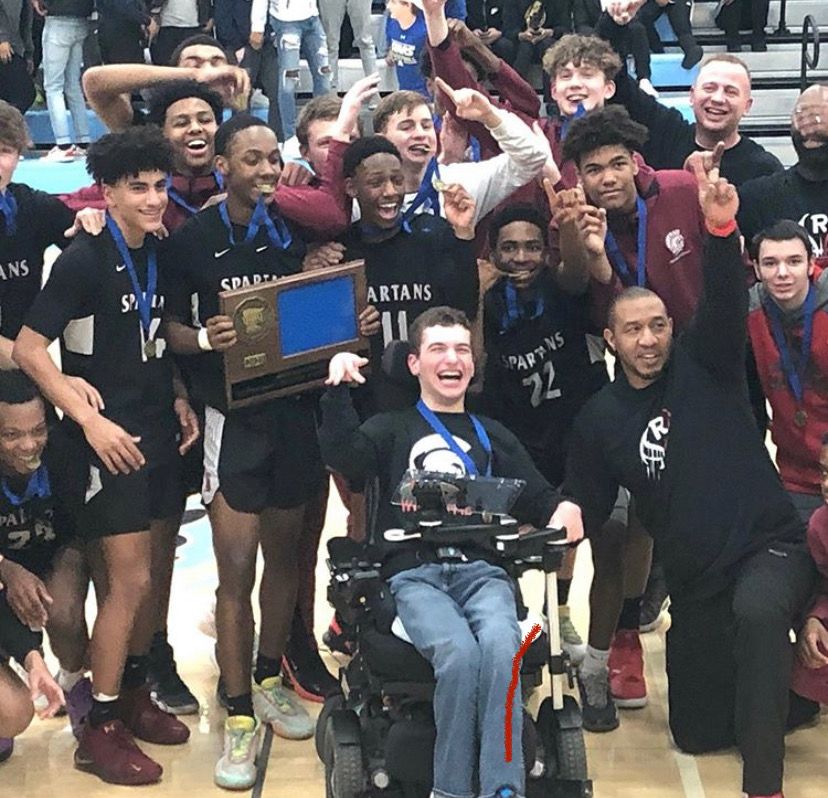 "Put yourself out there."

Joe’s independence, irrepressible smile and positive spirit leave a lasting impression wherever he goes. His sense of humor helps him build relationships. “Everywhere we go people are happy to see Joe and often comment on his sense of humor,” Kristi says.

One of Joe’s main tips for being happy in high school is to “get involved.” Joe is a busy volunteer, is on adaptive sports teams and attends class plays. “Put yourself out there,” Joe advises. “It will pay off with friendships and new experiences.”

Joe is known for his devotion to Richfield High School sports. In fact, his nickname at school is “Super Fan.” “He really got interested in high school sports when his older sister, Eleanor, played on the girls volleyball team,” Kristi says. “Joe liked to cheer for his sister’s team. He then became a fan of the school’s football team and basketball team.”

He attended every Richfield boys’ basketball game last year—both home and away games. Joe’s last event before the COVID-19 lockdown in March of 2020 was the team’s playoff game to go to the Minnesota state high school tournament. “That was the night before everything ‘stopped,’” Kristi recalls. “The team won the game and would have gone to state. Joe got a medal and part of the net from the team because they consider him to be part of the team and family.” 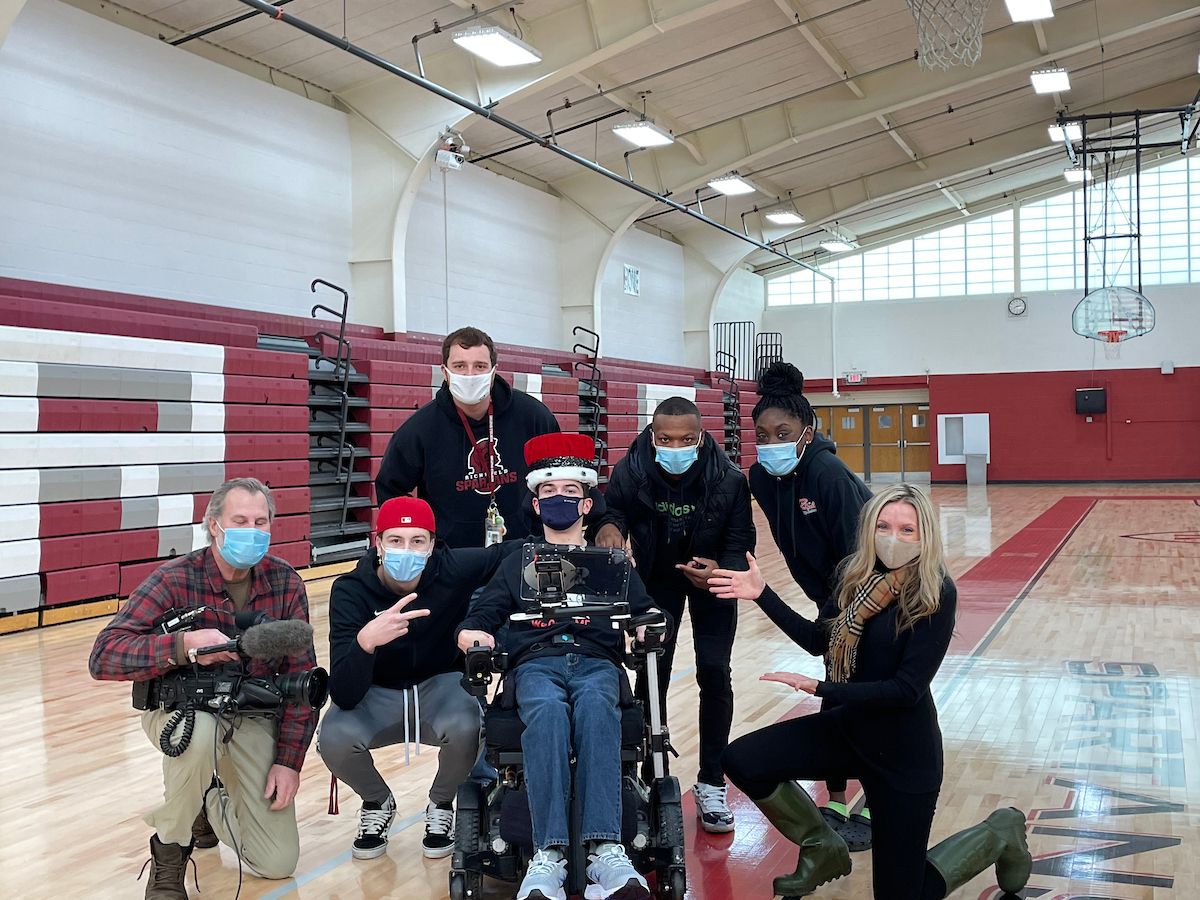 Joe Carr proudly wears his Fire and Ice crown as he's profiled by a WCCO-TV news crew. (Photo courtesy of the Carr family)

A Social Media Influencer and Philanthropist

Joe is very savvy with technology and uses a computer with a specialized keyboard to connect with people. “This past year, due to COVID, fans could not really attend the high school basketball games in person so Joe made game day videos letting people know they can watch the games virtually,” Kristi says.

He also uses his technology and media skills to help Gillette Children’s. For the past five years Joe, his mom, Kristi, and their friend, Bill Aberg, have held a Lemonade Stand Fundraiser for Gillette. Last June the fundraiser was virtual due to COVID-19 safety precautions.

“Joe is just an incredible fundraiser and supporter of Gillette,” says Gillette Foundation Executive Director, Kate Abbott. “His lemonade stand was virtual last summer, and he raised the most amount of money he’s ever raised.”

In the past, the money Joe raised was used to buy gas cards for families who needed to travel far to get care at Gillette. Last year the money was used to support Gillette’s adaptive technology and sports fund. Joe and Kristi thought people who were stuck at home due to COVID-19 might enjoy the opportunity to get some needed exercise on specially adapted bicycles.

Joe rides a Freedom Concept Adult Trike and enjoys the freedom it gives him. 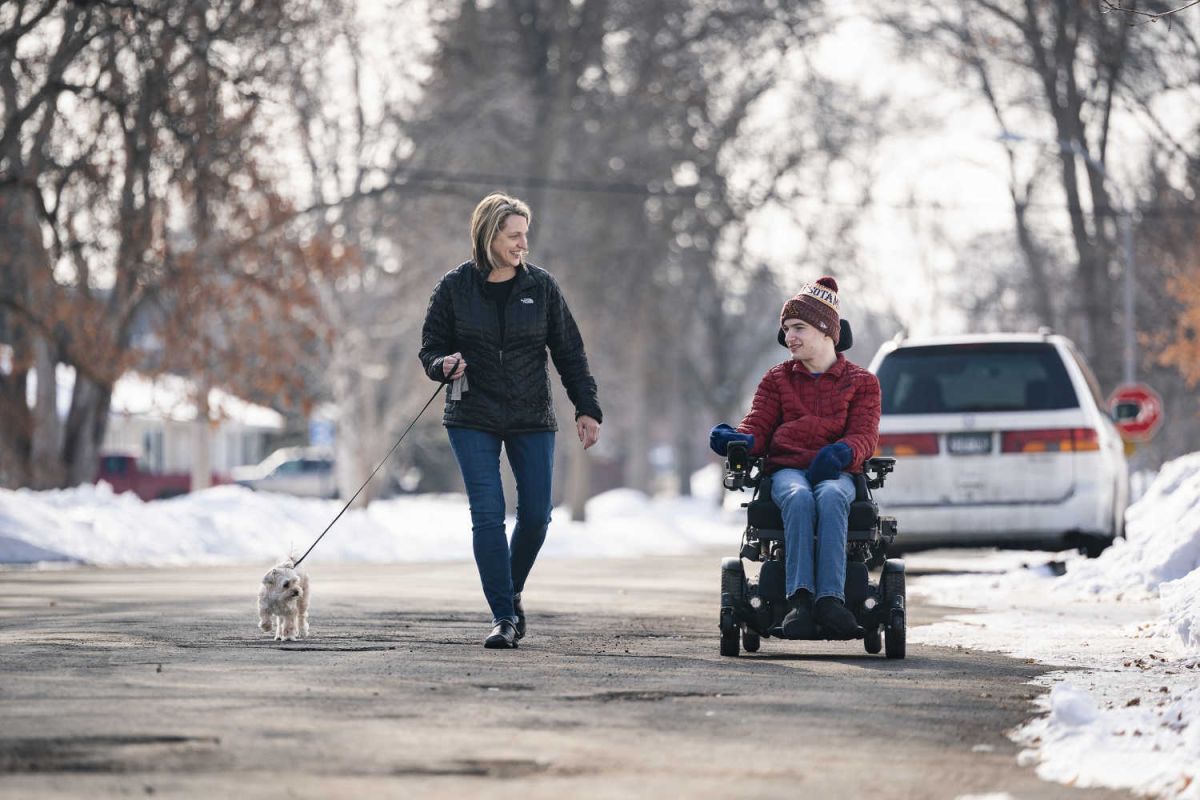 Joe and his mother, Kristi, take their dog Lucy for a walk.

After high school Joe will attend a transition program for 18 to 21-year-olds. He’ll learn life skills and strategies to help him find a job and live more independently.

Joe would like to have a career covering sports in the Twin Cities metro area. One of his biggest role models is Chicago White Sox announcer Jason Benetti who was born prematurely and also has cerebral palsy. Joe says Benetti represents one of his own life mottos: “Never give up on your dreams.”

Right now, Joe’s Fire and Ice crown sits in a place of honor on a shelf in his bedroom. It’s a reminder of how he followed his own advice and “put himself out there.” His parents joke that Joe hasn’t let his royal title go to his head and he’s still the same loveable teenager.

When asked for a parting comment “King Joe” replied with his characteristic humor and Super Fan personality; “Go Spartans!”

It’s Cerebral Palsy Awareness Month. All March, we are honoring and recognizing those who have cerebral palsy. Visit http://gillette.mn/weseecp regularly for the latest in patient care and innovation. 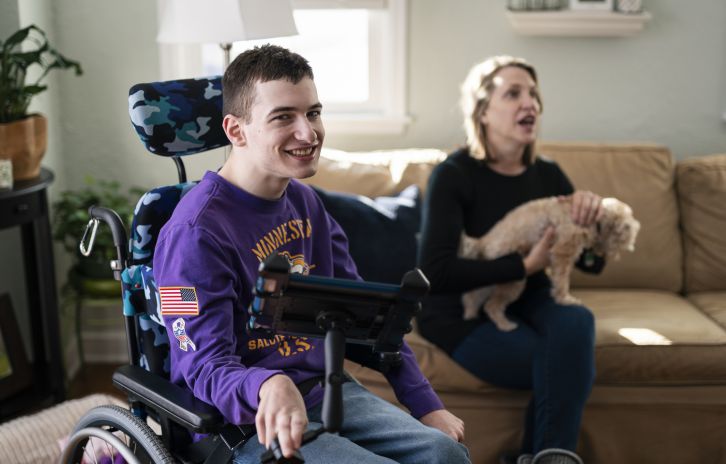 Joe Carr is part of Gillette’s Generation CAN 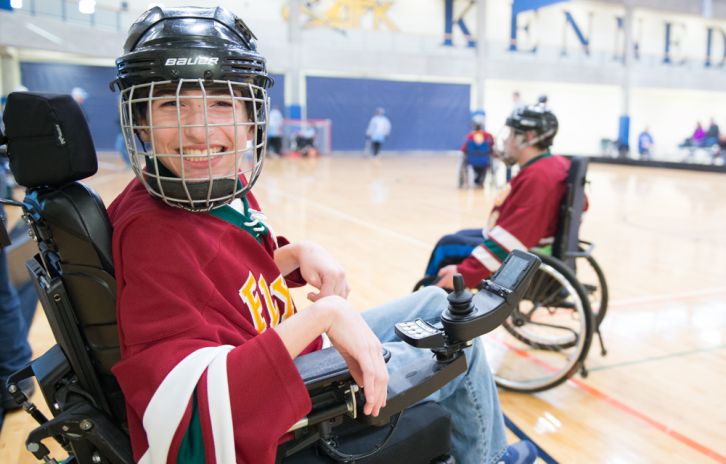