Celebrating the Life and Legacy of Jessie Haskins

March is Women’s History Month and an opportunity to highlight the fact that one of the co-founders of Gillette Children's is a remarkable woman—Jessie Haskins.

She played a critical role in building the foundation of Gillette. In 1897, Haskins joined orthopedic surgeon, Dr. Arthur Gillette, in his efforts to convince the Minnesota Legislature to fund the first hospital in the United States focused on caring for children who have disabilities. Haskins’ unwavering quest to improve the lives of all children remains a central part of Gillette’s mission.

We reflect on Haskins' bravery with gratitude and awe. 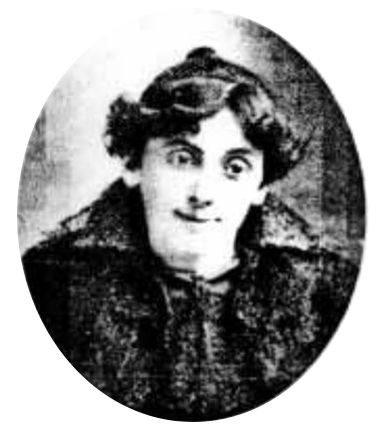 Learn about Jessie and the history of Gillette in excerpts from “We Hold This Treasure,” a book written by Steven E. Koop, MD:

In the harsh winter months of late 1895, a man from St. Paul came to Northfield, Minnesota to appeal for help for the homeless. He spoke at a church service and described a crippled child who had a pleasing personality but was unwanted because of his deformities.

In the audience that evening was Jessie Haskins, a student at Carleton College. The call of the speaker reached directly into Jessie's heart, for she had a large and noticeable curvature of the spine and could understand the plight of this crippled child. The speaker could not have anticipated the events that were to follow his presentation.

Jessie responded immediately and sought people to help the cause of homeless children. She first turned to the faculty at Carleton. She had every right to expect a sympathetic response. From its beginning Carleton had a remarkable faculty and a challenging curriculum. The Carleton faculty also was involved in the surrounding community. One of the professors in the crowd, Reverend A. H. Pearson, was a friend of Hastings Hart, the secretary of the Minnesota Board of Corrections. The board was authorized to examine the whole system of public charities as well as jails and prisons.

In March 1896, a letter to the editor entitled "An Institution for Deformed and Crippled Children" appeared in the Minnesota Bulletin of Corrections and Charities. Its author was J.A.H. of Northfield, the initials of Jessie Alice Haskins. Its essential message can be found in a single sentence: "Something should be done to provide schools for deformed and crippled children." Jessie's letter outlined a persuasive argument to support her position. She noted that the state already had institutions for the blind and deaf, and that students from those schools did well compared to the able-bodied. She also noted that great progress had been made in Europe in the treatment of spine and hip disorders, but that only two or three cities in the United States possessed doctors with those skills, and the poor did not have access to them. The result, Jessie wrote, was that "children that could have been easily cured at first grow up uncared for and gradually grow worse and worse until they are incurable." This seemed intolerable: "Surely these children have a right to have proper schools provided for them." Her conclusion was emphatic: "We should have state institutions where these children could have the latest scientific treatment and their education could progress under more favorable circumstances than in the public schools."

Jessie was invited to speak to the Fifth Minnesota State Conference of Corrections and Charities, held at Red Wing on November 17-19. Her paper, "The Need of an Institution for Crippled and Deformed Children," was one of twenty-four presented at the conference, which was attended by more than 100 delegates. Also on the program was a paper by Pearson on "Altruism and Reform." The combination of the two presentations supports the belief that Pearson had become an important advisor to Jessie in her desire to help crippled children and that Pearson had used his friendship with Hastings Hart to help Jessie. Hart must have seen sincerity and merit in her plea for help and pushed the organizing committee into placing her on the program.

Jessie's paper followed the basic logic outlined in her original letter, which called for crippled children to receive, as a basic right, an education appropriate to their condition. This time Jessie pointed out the benefit of such an education to the state: "Take a child, for instance, with hip disease. Often the treatment is long and painful, but there is no reason the mind should not he trained. These children above all others need mental equipment for the life work which will in time surely press upon them. There are many employments that such children could he trained for with profit to themselves and to the state, and yet they often waste their childhood uncared for, untrained, and drag out a weary life contending with problems for which their stronger brothers and sisters have had ample training. It seems as though the justice of this measure must speak for itself. Surely it is best for the state that such children should be cured whenever possible, and educated so that they may be helpful, self-sustaining members of the state." Her paper also called for the best possible medical care at the institution. A crucial expansion had developed in Jessie's argument: the care of crippled children was more than a gift to a special interest group. It was also good public policy.

Gillette treated many children without charge and even paid the hospital costs of several who were under his care. This behavior could not have gone unnoticed by Hastings Hart, whose office was in St. Paul and whose charity work certainly included some of the people Gillette saw as patients. It appears that Hart sent Jessie Haskins to see Gillette in the six weeks between the November 1896 conference in Red Wing and the opening of the legislative session in January 1897. Gillette described the visit later: It came about in this way. . . . Just before the meeting of the last legislature a young lady came into my office. I noticed that she was somewhat deformed, and naturally supposed that she came to consult me in my professional capacity. She soon explained, however, that she did not come to see me about herself, though she said she supposed her deformity had been noticed. She gave every evidence of being a lady, and I was soon greatly interested in her suggestion. She wanted to know if 1 would be interested in a state institution for crippled and deformed children. She informed me that her name was Jessie Haskins and that she was connected with Carleton College. Her permanent deformity, she said, was due to neglect in childhood, when it might have been remedied. Her parents had traveled with her from state to suite seeking some cure or relief, but in vain. Her sufferings and her understanding of the sorrows of crippled people naturally aroused her sympathy with all the crippled and deformed, and suggested to her the necessity of doing something for the deformed children of the poor. Who could do such a work better than the state? I told Miss Haskins at once that I was in sympathy with her undertaking.'"

The bill that was introduced in the legislature was written by Hart, and it is extremely unlikely that he would have sought sponsorship of the bill without counsel and substantial support from someone besides Jessie Haskins. By sending Jessie to Arthur Gillette, he linked passion with experience and devised an effective team to bring the message to the politicians. Hart's bill, described as an act to establish a "Minnesota Institute for Crippled and Deformed Children," was introduced as House File 749 by Representative Duren F. Kelley of Northfield. On April 23, 1897, the eighty-third and last day of the session, the bill was passed unanimously by the Senate. That evening Representative Kelley, the original sponsor, moved that the House accept the bill as amended by the Senate. It was approved 88 to 2 in the last moments of the session and published as Chapter 289 of the laws of 1897.

For 30 years, Steven Koop, MD, has believed that all of medicine is about "Someone… 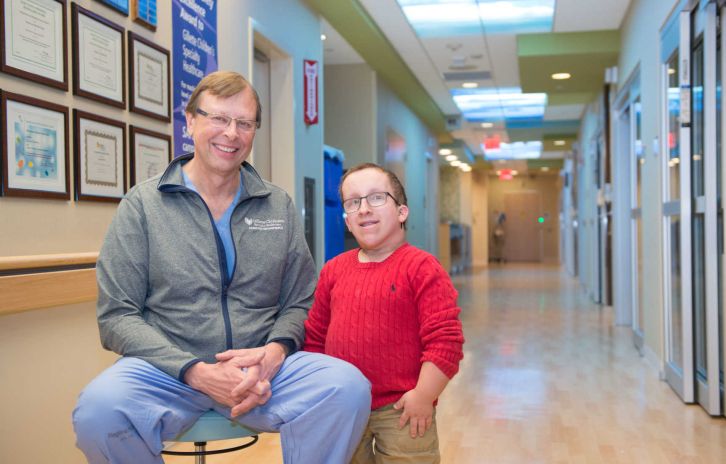 An Impressive Award and Long History for Gillette Orthopedic Care 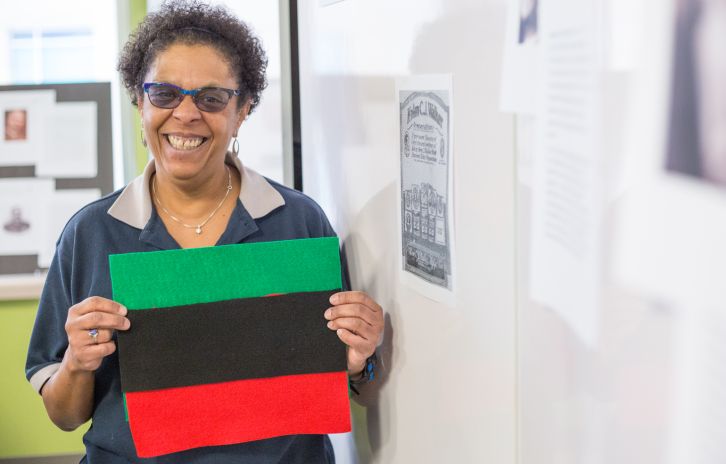 Photos of African-American notables, the smell and taste of good food, and the laughter that…