Pizza and a Passion for Neurology: Meet Jamie Eskuri, MD 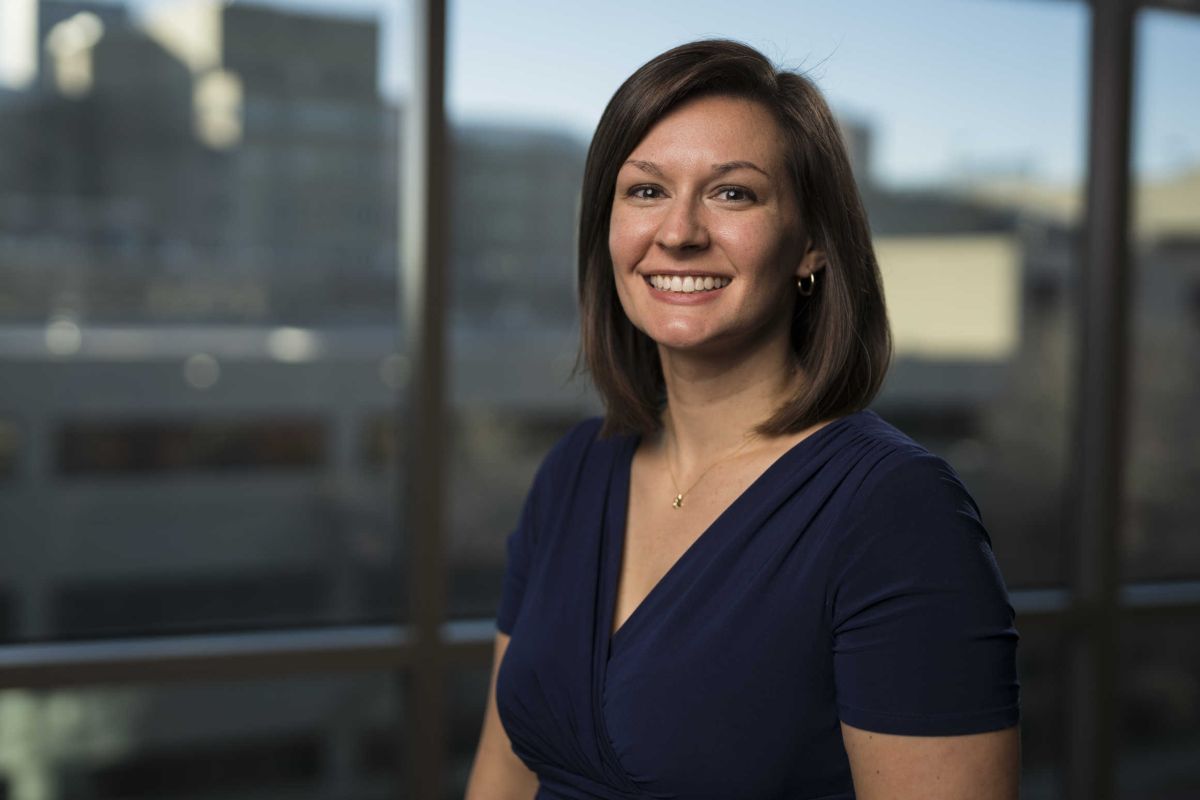 The new pediatric neurologist at Gillette Children's, Jamie Eskuri, MD, says the day she forgot her lunch as a first-year medical student allowed hunger and serendipity to combine so she could discover her passion for neurology.

“At that time I was going to school to become a geriatric palliative care medicine doctor. As an undergraduate I volunteered at an assisted living home and fell in love with the geriatric population,” Eskuri recalls. “That April day I forgot my lunch and my school (University of Iowa Carver College of Medicine) would have these sponsored interest group meetings. The neurology group got the best pizza in Iowa City to lure people like me to the meeting and it worked!”

Eskuri recalls the meeting was about pediatric neurology. “To be honest, I didn’t even know child neurology was a thing.” When Eskuri heard a presentation from neuromuscular physician and professor Katherine Mathews she remembers being captivated.

“I was just fascinated by what she had to say. At the end of the talk I went up to talk to her and I said, ‘I don’t really know what neuromuscular is, but I want to be like you.’” Mathews became a mentor to her and encouraged her to apply for a funding opportunity from the Howard Hughes Medical Institute. It provided funding so a medical student could work with Mathew’s group to do clinical and bench research.

The experience working with Katherine Mathews and her group opened a new medical world to Eskuri. “She taught me how to work with children--to take a kid with certain symptoms and do the diagnosis and workup. I got to schedule therapies, preventative screenings and follow-up care visits,” Eskuri says. “I absolutely fell in love. I totally ‘nerded out’ and enjoyed learning.”

Her medical research was conducted under three mentors that Eskuri says were crucial to her success. “Besides Katherine Mathews, I want to mention Kevin Campbell, PhD and Steven Moore, MD, PhD. I learned a great deal about muscular dystrophy from them.”

Eskuri finished medical school in Iowa and did her residency at Boston Children’s Hospital. Her training there included two years of pediatric training and three years of child neurology training.

After her residency in Boston Eskuri and her husband, Jake, were interested in relocating back to the Midwest to raise their 2-year-old-son. The two met as college students when Eskuri attended the College of St. Benedict in St. Joseph, Minnesota and her husband was a student at St. John’s University in Collegeville.

“I grew up in Esko, Minnesota and my husband grew up on the East Side of St. Paul. Minnesota feels like home to us,” she says. 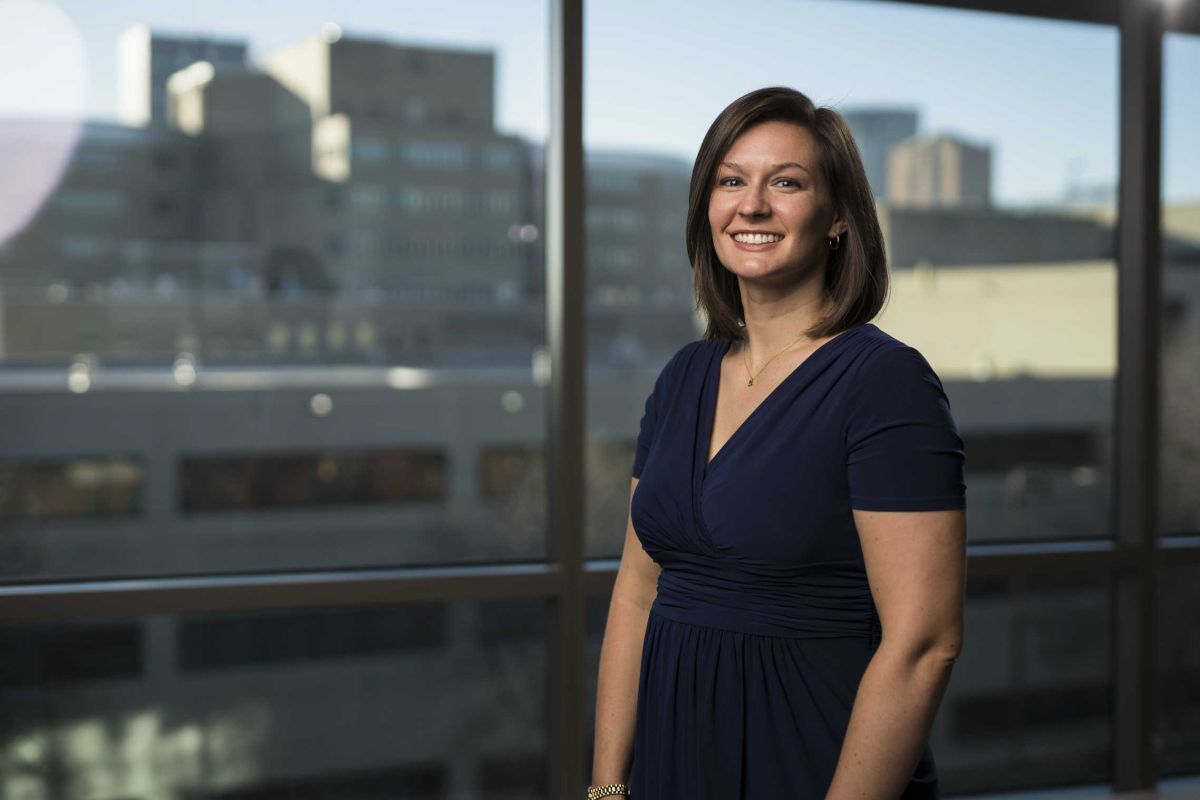 "I’ve been endlessly struck by the resilience of kids and their families.”--Jamie Eskuri, MD

Eskuri is happy to be at Gillette and feels especially lucky to join her colleague, Randal Richardson, MD in treating pediatric neurology patients. “The understanding of neuromuscular disease is changing so fast. I view Randy as not only a partner and a colleague but also as a mentor. We’re coming together to expand access to the Gillette program and participate in more research projects. My main job here is to be able to expand what we can offer to patients and their families.”

Forming relationships with children and families is Eskuri’s favorite part of her work. “Many of the kids I see have genetic conditions or other things that means they’re impacted by their condition for a long time—maybe their entire lives,” she says. “Getting to meet and know these kids, their parents, and their family members and to see them in many circumstances multiple times a year, I love that. I love getting to sort of watch kids grow. I love being there as a support system through the ups and downs of their condition. It’s the continuity of care that really seals the deal for me. I’ve been endlessly struck by the resilience of kids and their families.”

“Kids can have so much going wrong medically and yet they still want to play, and giggle,” Eskuri says. “They’re driven to just be kids.”

She appreciates the care coordination and team approach at Gillette. “It’s the whole team that comes together,” she says. “I can’t, with rare exception, fix the gene or protein that’ s wrong. But I can make sure our patients have access to all the things that can help them. To help optimize their function and life. The parents and the child do the really hard work. I can point them in the right direction and make sure they have the best resources. It’s just a perfect fit for me.”

Eskuri still retains her love of pizza. She reports her family is partial to Red’s Savoy Pizza in St. Paul. “My husband grew up on that pizza,” Eskuri laughs. “Once COVID is more under control and it’s safe to dine in restaurants again we want to explore other pizza options in the Twin Cities. We feel lucky to be here.” 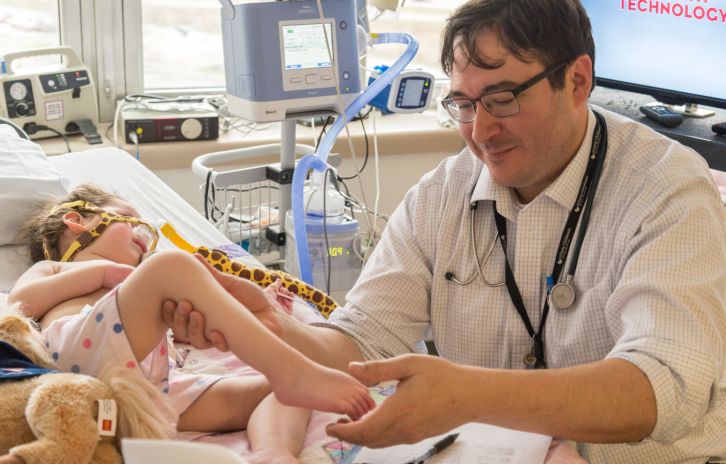