Trevor Gets Back in Action After Aneurysm

Your donation to Gillette Children’s powers the research, treatments and therapies that help kids like Trevor thrive.

As I see my 9-year-old son Trevor bound down the steps of his bus on the first day of school I marvel at how far he’s come in such a short time. 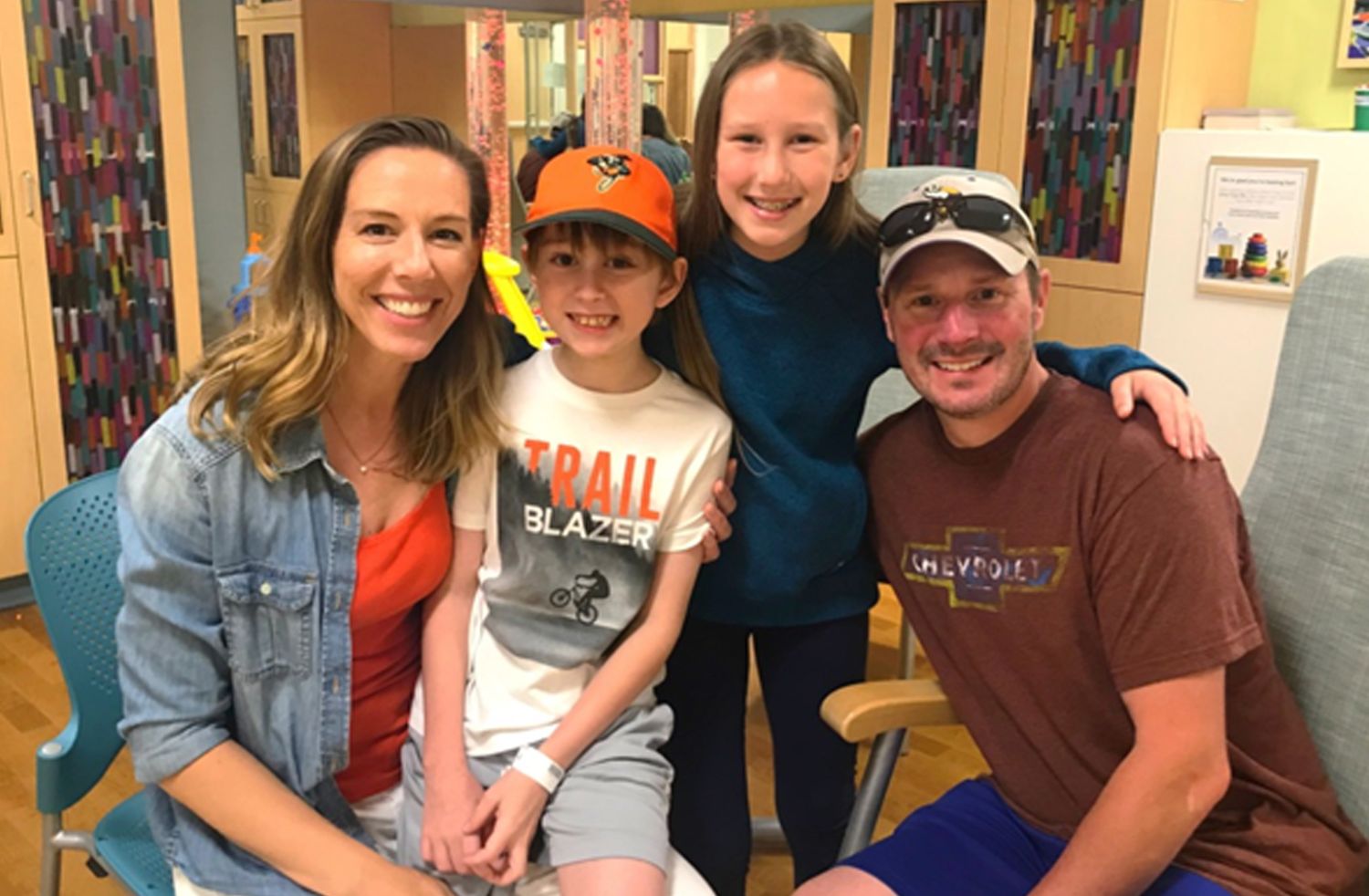 On May 27, 2019, Trevor came to me, hand on his forehead, with a severe headache and said, “Mom, something is wrong. I need to go to the hospital.”

MRIs showed that Trevor had a category 4 AVM (arteriovenous malformation), a tangled mass of blood vessels on the left side of his brain. The mass had two aneurysms, one which had ruptured and bled around his brain, which caused the headache that brought us to the ER for treatment.

Trevor underwent surgery to remove the mass and save him from another rupture -- one that could be fatal. During the surgery, he suffered a stroke which left him paralyzed on his right side and left us, his parents, very scared for his future.

More complications followed the surgery: pneumonia, sepsis, staph and strep. Trevor stayed in the Pediatric Intensive Care Unit longer than most patients, giving the neurosurgeons more time to watch his paralysis. When asked about the chance of function returning on his right side, the response was not positive. The doctor said, “I’m sorry. There is just nothing there. No feeling. No movement. Brain swelling has started to go down. If movement would return, we would have seen hints of it already.”

We were told Trevor would most likely not walk again.

Once medically stable, we moved Trevor to Gillette Children’s so he could receive inpatient rehabilitation to recover what function he could. At Gillette, he would also work on speech and vocabulary recall, which had also been affected by the surgery. One of the first doctors we met was Dr. Mark Gormley, a relaxed and approachable man with the kind of confidence that comes from a lifetime of doing this work. He carefully reviewed the case file, but more importantly, he took the time to get to know Trevor. Then with a tilt of his head, he said to us, “We’ll get him walking.”

His words carried just enough faith to make me believe it could be true.

We began the hard work. Trevor’s days were full of varied therapy classes. The staff was positive and upbeat, so Trevor was too. It didn’t take long for subtle hints of life to reappear on that damaged right side and each day, more words were added to his vocabulary. On only his third day at Gillette, he returned from a session with his therapist, Erin, who said, “Trevor wants to show you something.” His nurses gathered with us to watch and cheer him on. Trevor stood up from his wheelchair and with Erin helping move his right leg, he took his first steps. This was just day three of a six week stay and I was watching my son walk, albeit with help. For the first time in weeks, I felt hopeful.

With access to skilled therapists and amazing technology, Trevor’s progress moved quickly. The Gillette rehabilitation gym had hand bikes, a robot walker and even a therapeutic pool with underwater cameras and a treadmill floor. Each machine played a key role at a different time as Trevor made headway, but the keys to his recovery were the therapists who knew the best way to utilize each piece of equipment.

As rehab strengthened Trevor’s body, the people around him expanded his heart. Living at the hospital, he got to know amazing children who each had their own story of struggle and victory. Group activities and games in the evenings got the kids involved, laughing together and cultivating friendships. Each child was an example of bravery and perseverance. The connections Trevor forged with them gave him a new perspective. They grew his capacity to support and care for others, which I would argue, was just as important as his physical rehabilitation. 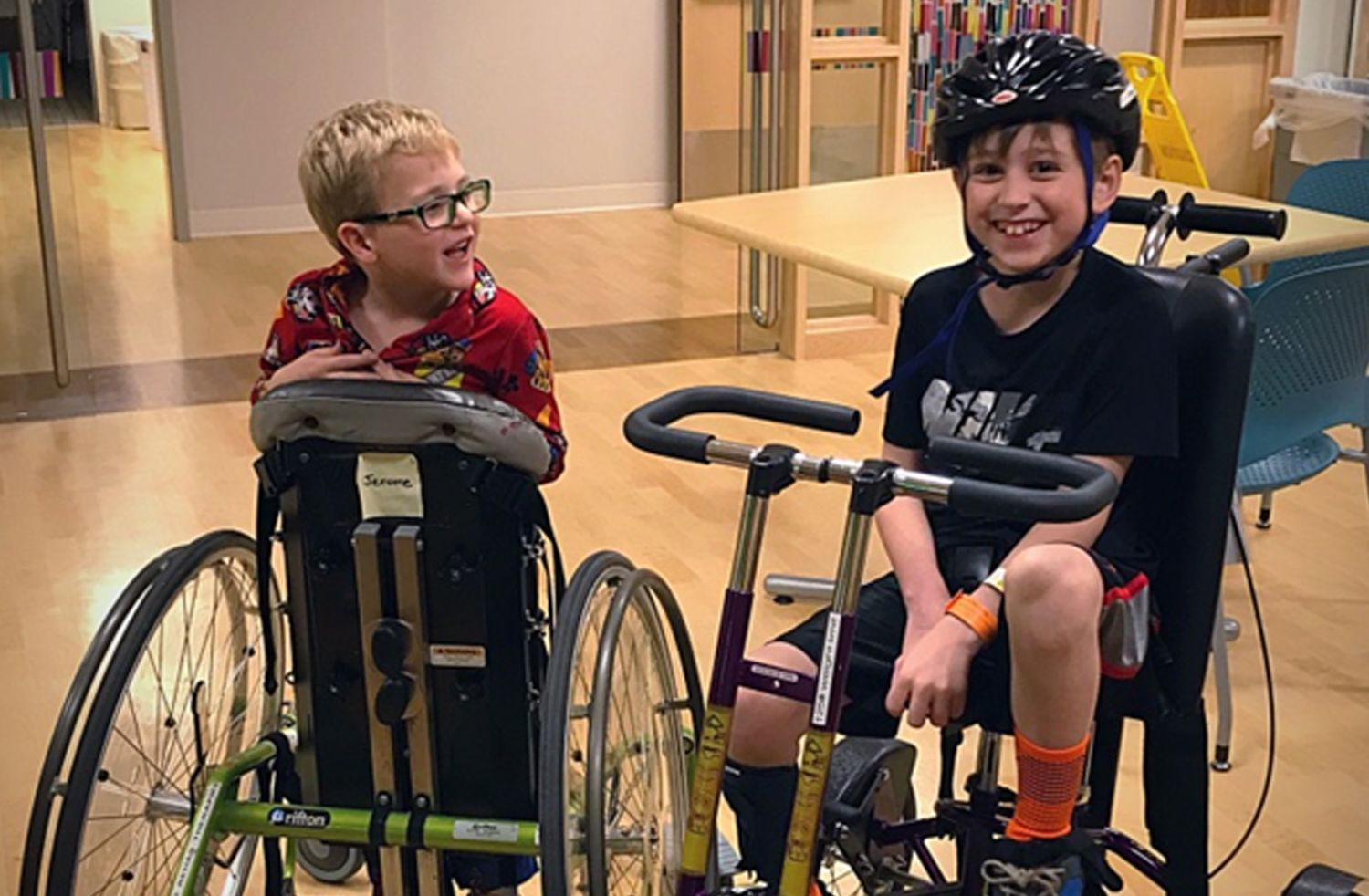 As it turns out, confident Dr. Gormley was correct.

Six weeks after entering Gillette with no feeling or movement on his right side, Trevor independently walked out of the hospital to go home. He had no walker, no crutch, not even a cane –- just a big smile and a newfound identity as a confident conqueror of challenges.

The staff at Gillette are the best team of people that I hope you never have to meet. No one wants to need their services, but it is such a comfort to know they are there if you do. They, like my son, didn’t believe in limitations, but instead, helped our family recover, regroup and return to the life we love. With compassion and support, they walked this journey with us from the scariest moment in our lives to here, at the base of the bus steps, excited for our son to tell us all about his first day of school. 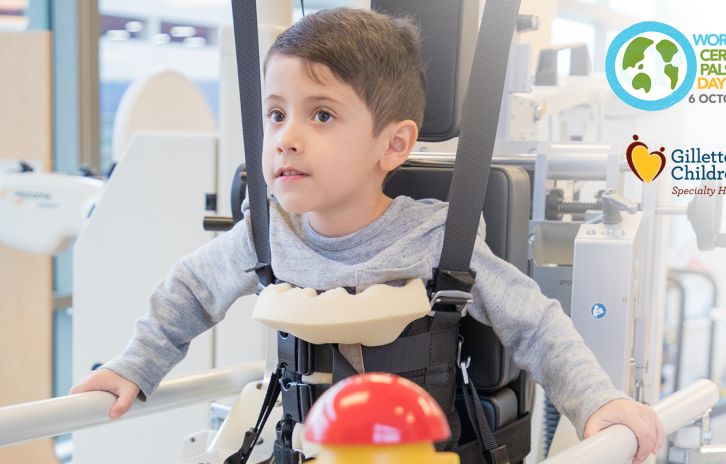 Robotics Can Help Train Kids to Walk: The Role of Locomotor Training in Rehabilitation

Have you seen our new therapy pool? It's perfect for kids who have cerebral palsy,… 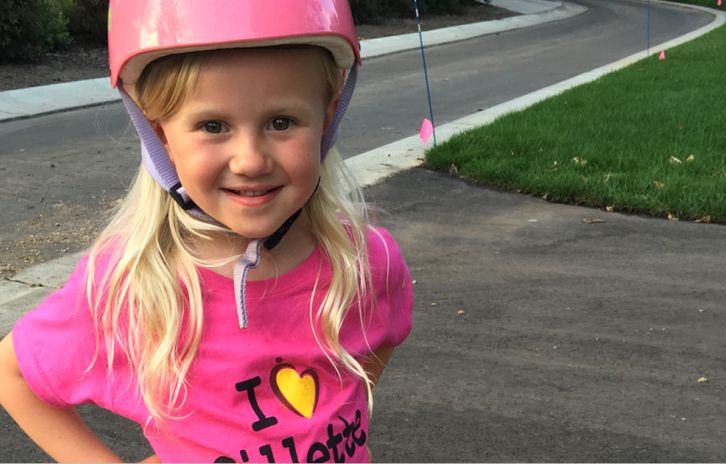 Small, gregarious, brimming with boundless energy and a mischievous smile, 4-year-old Emmy Veenis is the…